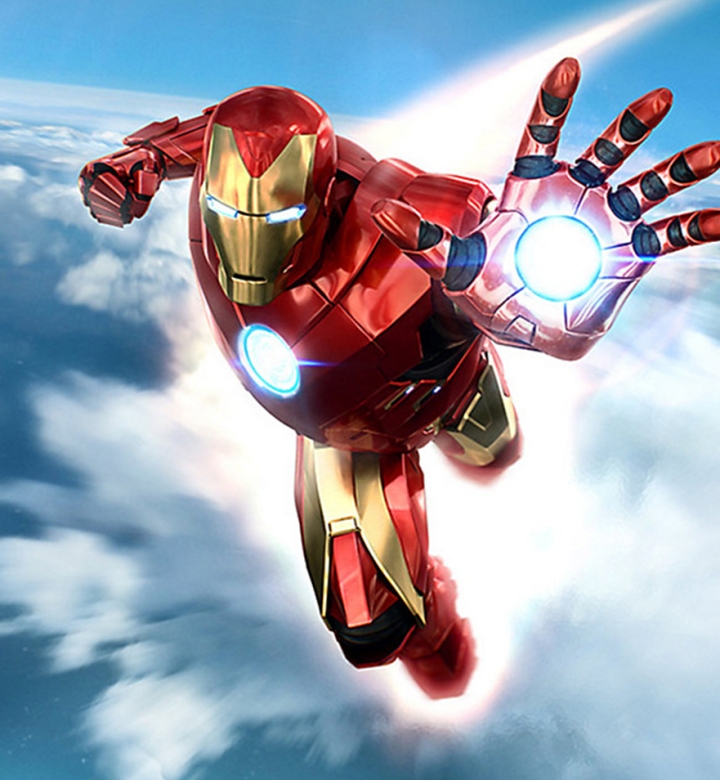 When New York Comic Con rolls into the Big Apple every year, the mood changes for the better. Even though the city’s weather might be knee-deep in hoodie season, cosplayers and fellow geeks alike rejoice once the warmth of the Javits Center embraces them. Besides first-time unveilings of awesome collectibles and head-turning displays of masterful cosplay, NYCC is also known for giving attendees big-time trailers and assorted reveals. Here are the best trailers and news that came out of NYCC 2019.

One of the worst-kept secrets in gaming finally got let out of the bag: Kamala Khan aka Ms. Marvel saw her gameplay debut in 2020’s Marvel’s Avengers as the sixth playable hero. Everyone who saw the game’s reveal trailer at E3 2019 spotted the young hero, so her being a part of the game’s roster was a foregone conclusion. Not only is she an integral member of the game’s launch-day lineup next year, but Ms. Marvel also plays a huge part in the game’s plot. Khan’s signature shapeshifting melee attacks and healing factor were on full display in this gameplay trailer for Marvel’s Avengers.

In more Marvel gaming news, we were gifted more info regarding Iron Man’s venture into virtual reality. Marvel’s Iron Man VR is slated to launch as a PlayStation VR exclusive on Feb. 28, 2020. And to the surprise of no one, we got a new trailer to boot. Listening to Tony Stark’s snarky commentary and zipping around the skies in an Iron Man suit in VR sounds like a recipe for success.

A World War I film was big news at a comic book convention? Yep! And it certainly deserved the red carpet treatment for its epic trailer for the flick directed by Sam Mendes (Skyfall, Road to Perdition). The latest piece of footage perfectly encapsulated the feelings of loss, fear, and bravery often associated with classic war films. 1917 follows two young British soldiers who, over the course of about two hours, attempt to deliver a message that will save the lives of 1,600 fellow soldiers. With big explosions, harrowing gunfights, and intense dialogue, 1917 looks like it’ll fit in quite nicely among the greatest war films we’ve ever seen.

’90s babies with a special place in their heart for Nickelodeon have something scary to look forward to—a reboot of Are You Afraid of the Dark? The three-part miniseries will introduce viewers to a new Midnight Society that confronts the sinister Mr. Top Hat and his horrifying Carnival of Doom. We certainly approve of the preview footage for the upcoming reboot and can’t wait to watch a bunch of teens get scared to death real soon.

The King’s Man made its presence felt at NYCC as 20th Century Fox made sure to big up the latest film in their movie slate by having a few of its stars pop up at a panel. The King’s Man garnered plenty of goodwill among diehard fans thanks to a trailer that put its best foot forward with scenes of slick espionage action. Director Matthew Vaughn’s action-packed spy thriller—starring Ralph Fiennes, Gemma Arterton, Rhys Ifans, and Matthew Goode—definitely has our attention now.

Marvel’s upcoming slate of original TV shows coming to Disney+ has everyone excited. But don’t forget about Marvel’s existing Hulu exclusive series Marvel’s Runaways, which is prepping for its third season. The latest trailer offers a sneak peek at the continued dark transformation of Nico (Lyrica Okano) and the MCU debut of Morgan le Fay (Elizabeth Hurley). The biggest reveal in the new trailer happens within its final moments, as Cloak & Dagger’s Tandy (Olivia Holt) and Tyrone (Aubrey Joseph) appeared onscreen. Nico certainly has a lot to answer for. You can always count us in for live-action, comic book crossovers!

The presence of the anime faithful is always felt whenever Comic Con comes to town. That was especially true this year as a huge array of beloved manga and anime properties had some representation on the convention floor. Japanese gaming giant Bandai Namco used NYCC 2019 as a coming-out party for the next My Hero Academia fighting game, My Hero One’s Justice 2. The debut trailer for the arena brawler showcased debuting and returning fan-favorite heroes and villains. And by the looks of it, this sequel will do a great job of building upon the solid foundation of its predecessor.

For anyone who considers themselves an avid viewer of shows that delve into space adventures, NYCC did right by you all. The Amazon Prime original series The Expanse gave fans a teaser trailer for the upcoming fourth season, which is set to debut on Dec. 13.

Star Trek made sure to debut new footage of its own in the form of a Short Treks episode titled “Q&A,” which ended up being a surprise release on CBS All Access. That new piece of footage catered toward diehard Spock fans, while Jean-Luc Picard loyalists got a sneak peek at his new streaming series via a new Star Trek: Picard trailer. That CBS All Access show is set to hit the service on Jan. 23, 2020. Star Trek: Discovery also got some time to shine via a season 3 trailer that showed the crew of the U.S.S. Discovery coming to grips with an unknown future they now reside in.

And last but not least in sci-fi news, Netflix’s Lost in Space series debuted a trailer for season 2, which takes place seven months after the events of the first season. You can binge-watch that second season of sci-fi goodness on December 24.

Marvel and DC made sure to come to NYCC with some news worth mentioning. Marvel’s The End line of one-shot stories is returning to detail the final adventures of six iconic heroes: Captain America, Captain Marvel, Deadpool, Doctor Strange, Miles Morales, and Venom. Guardians of the Galaxy is making its grand return as a monthly series in 2020 as the intergalactic gang locks horns with the Dark Gods of Olympus. A relaunch of the Thor series was also announced with a cover reveal that put the Allfather of Asgard’s new costume on full display. As for Marvel’s Star Wars comic books, the next volume will fill in the gap between The Empire Strikes Back and Return of the Jedi. On the DC side of things, a premiere date for the DC Universe animated series Harley Quinn was unveiled (Nov. 29). On the X-Men side of things, a new Wolverine series is on the way amid the Dawn of X comics line relaunch.