Go ‘Down the Hatch’ with Barry Flavors and Breakfast Cereal 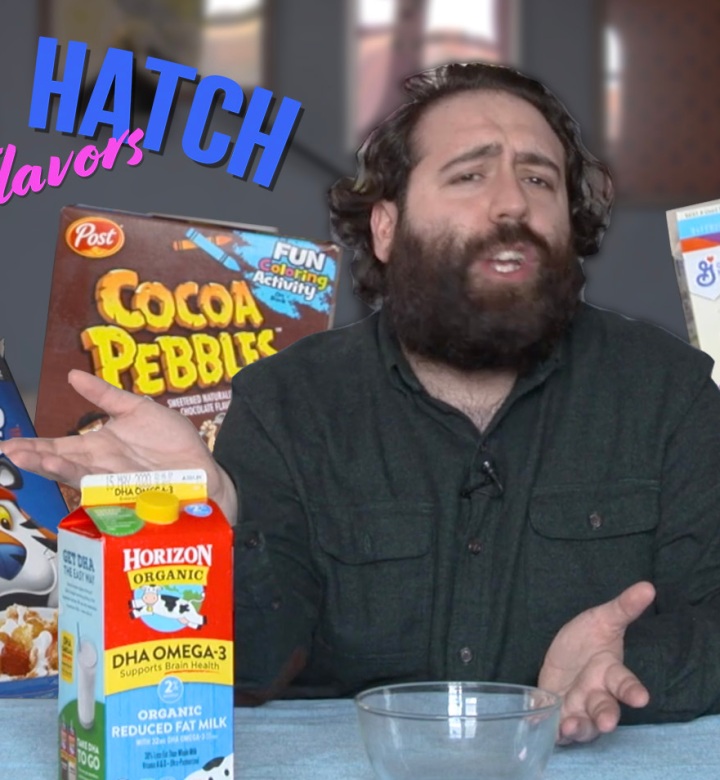 It’s Flavors Friday, and that means Barry’s back with another Work From Home edition of Down the Hatch. In this week’s episode, Barry takes on one of the most classic breakfast foods of all: Cereal. From Lucky Charms to Fruity Pebbles, all of the iconic varieties are up on the tasting table before they inevitably go “down the hatch.”

Barry makes his overall take on cereal pretty clear early in the episode: “Cereal is for children.” Nevertheless, he gives each sugary morsel its time to shine on the tasting table. First up is Lucky Charms, arguably one of the sweetest cereals of them all. A couple of charms and a few ounces of milk later, Barry moves on to an all-time favorite, Cinnamon Toast Crunch.

Next up on the table is a two-part tasting. He dives into a bowl of Fruity Pebbles before filling up a second bowl with Cocoa Pebbles. Which Flintstones cereal is better is a much contested question, and Barry serves up his take. Once the Pebbles have gone down the hatch, Barry moves on to another classic, Frosted Flakes. “Doesn’t really get more classic than that,” he says, before putting the sugary corn flakes to the test.

He closes the episode with another favorite, Kellogg’s Corn Pops. A lot of this episode is spent discussing each cereal’s classic TV commercial, and Pops is no exception. Mr. Flavors quotes the famous 80s commercial (“Gotta have my pops!”) before feasting on the popped-up corn cereal.

If you loved this episode and want to see Barry try more classic treats (from the comfort of home), make sure to check out last week’s episode when he took on classic candies.