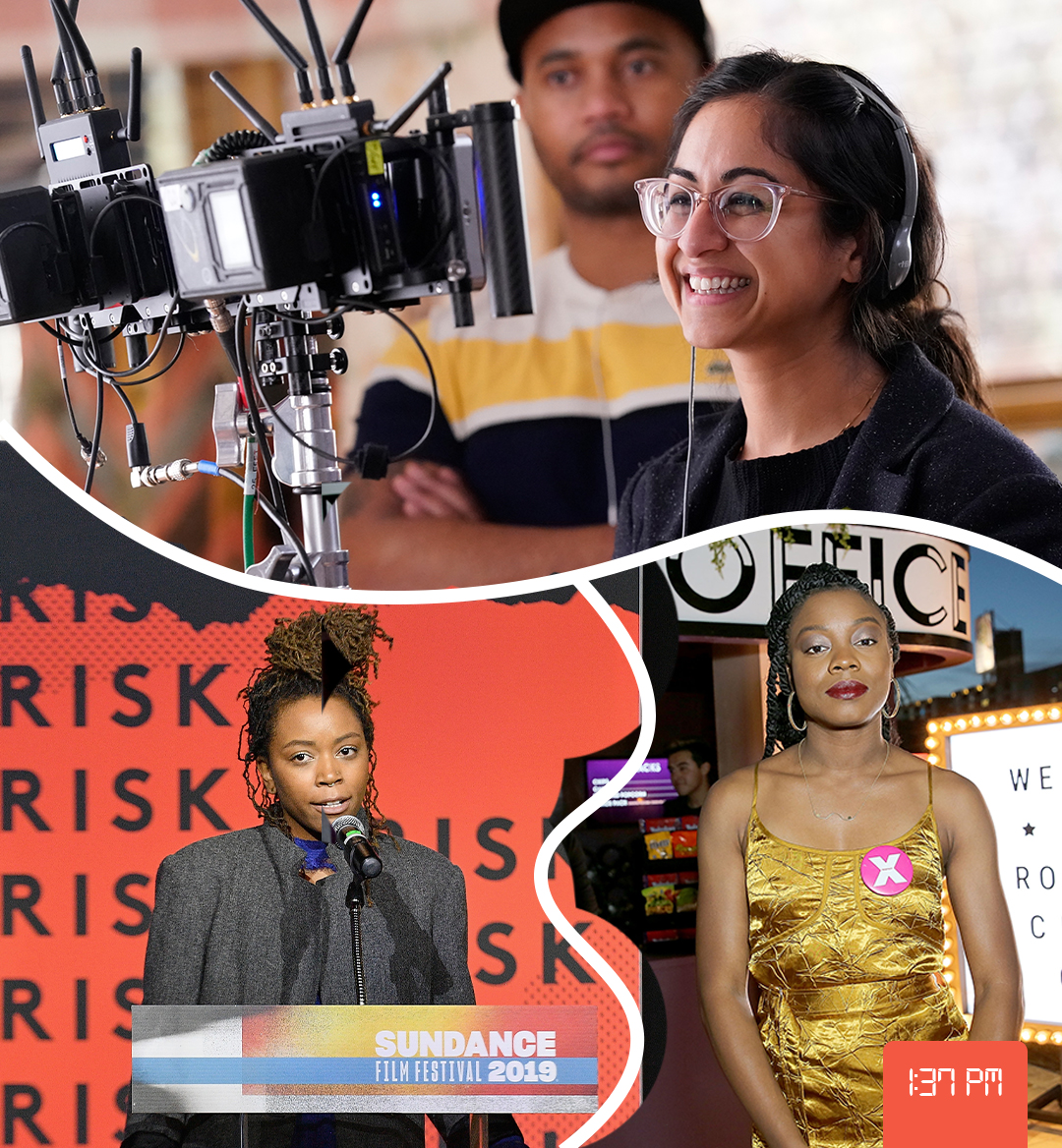 March 8 marks International Women's Day, and while any day is apt for rounding up emerging female directors, today is a bit more special. As women continue to break down barriers both in the world at large and within the film industry, we're seeing a bit more progress occur before our eyes.

Last year's Academy Awards marked the second time that a woman has won Best Director—yes, that's only twice in an awards show that's been going on for 92 years. In total, only seven women have been nominated for Best Director over those years. While the Academy Awards are by no means the correct way to judge the actual progress being made behind the scenes, it's certainly one of the most public indicators.

As the United States Women's National Team recently (and finally) came to an agreement in their fight for equal pay for female soccer players, we're at the beginning of another long (but necessary) road in the constant fight for equality.

In no specific order, these 10 emerging female directors are not only at the top of their field, but they're also at the forefront of representation in a historically male-dominated industry. 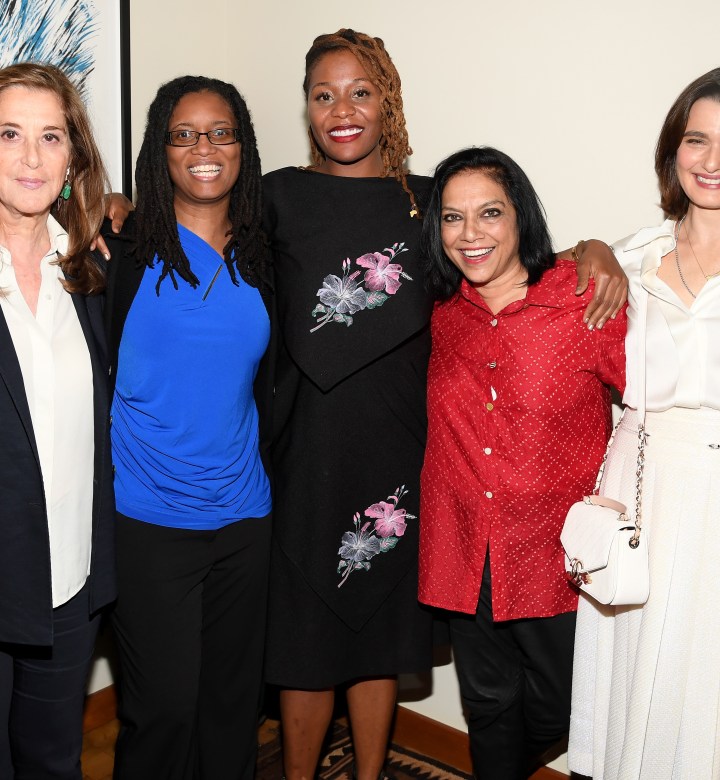 Nikyatu Jusu (seen in the middle of the photograph above) has steadily climbed up the directing ladder, beginning her career by writing and directing smaller films with lower budgets. Three of her earlier projects—African Booty Scratcher, Say Grace Before Drowning, and Flowers—were all acquired by HBO. Her latest films have been Suicide by Sunlight and Nanny, which were both shown at the Sundance Film Festival. Jusu's next project (as of now Untitled) is currently in the works, and there's no telling just how huge of a mark she's going to make on the industry in the years to come. 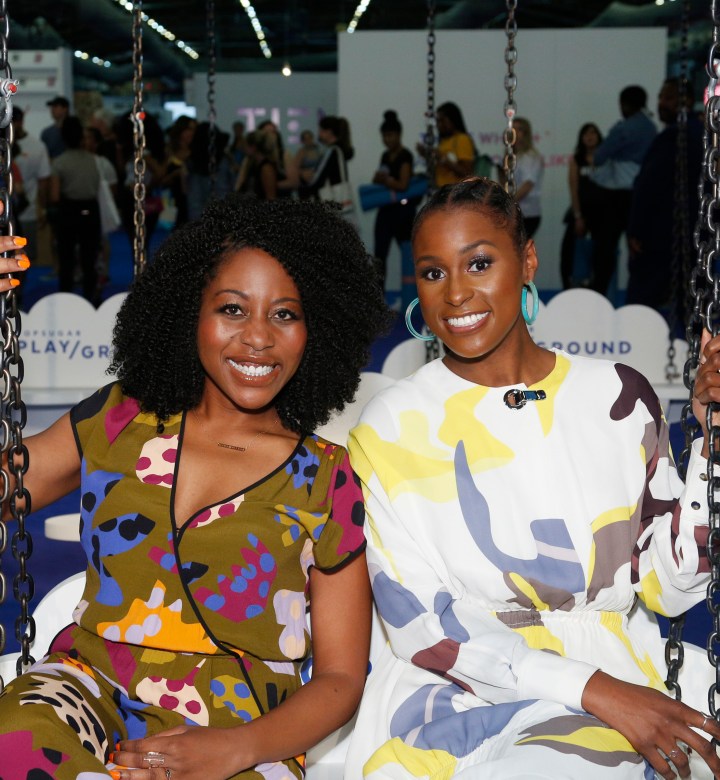 Amy Aniobi played a large role in the success of HBO's Insecure, where she was the co-executive producer and one of the head writers. Although she spent the bulk of her time on the show within the writing side of it, Aniobi directed Episode 7, "Chillin', Okay?," in Insecure's final season. She'll also be teaming up with Issa Rae once again for the upcoming HBO Max series, Rap Sh*t, which will be an eight-episode series that Aniobi will be directing and writing alongside Rae. 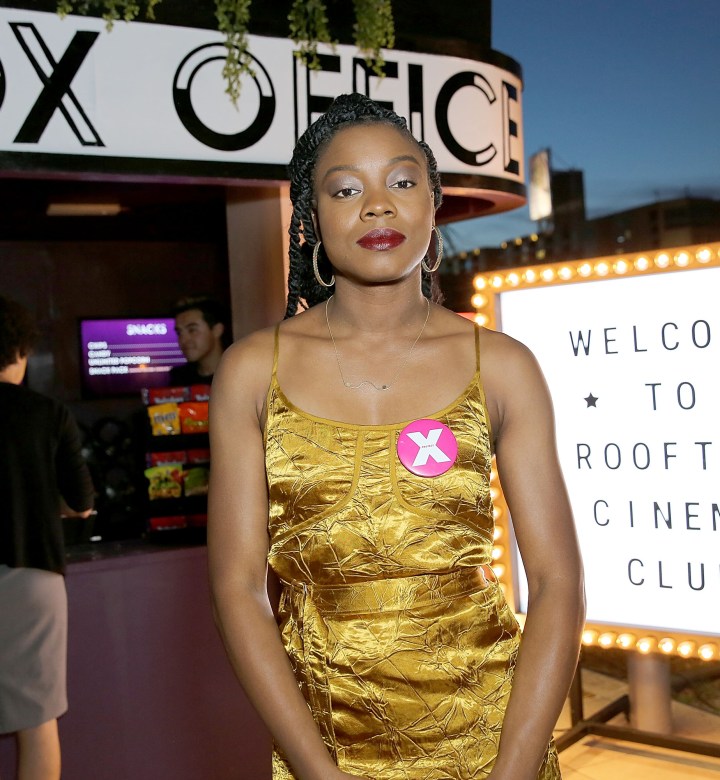 Not only did Nia DaCosta direct Candyman (2021), but the film also debuted at number one in the box office, making her the first African-American female director to ever have that happen. DaCosta is directing the upcoming and long-awaited The Marvels, which focuses on Captain Marvel, Ms. Marvel, and Monica Rambeau. At just 32 years old, this will make her the youngest person to ever direct a Marvel film, a massive achievement both for herself and for women everywhere. 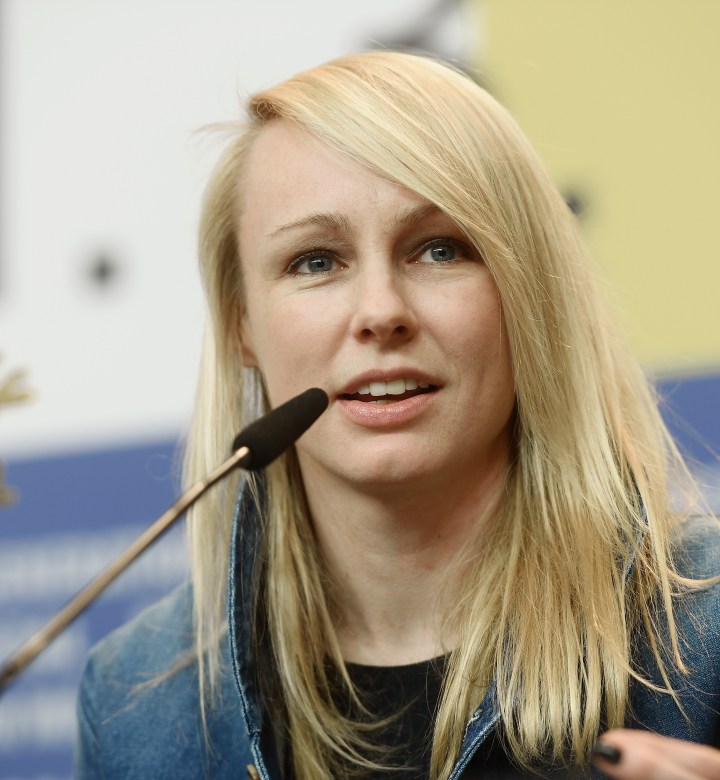 Australian director, Kitty Green, focuses on creating some of the most detailed documentaries, including Casting JonBenet and Ukraine is not a Brothel. Green also wrote and directed the feature film, The Assistant, which starred Julia Garner and focused on one entire day of a girl's life, addressing the #MeToo movement just a few years after Harvey Weinstein was first accused of sexual abuse. Through her work, she's able to bring more awareness to these important movements that are occurring both within the United States and in the world as a whole. 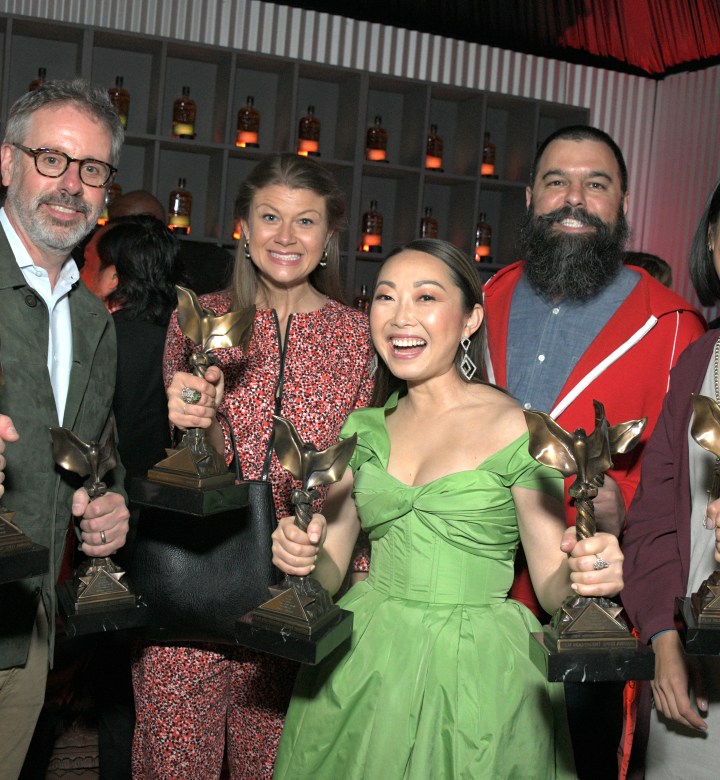 Lulu Wang's (seen in the middle of the photograph above) main focus over the past few years has been with romantic comedies, making real strides in the way that we view the genre. Her major breakthrough came with Posthumous, a comedy-drama film that she both wrote and directed; it was also her debut as a director.

Following that success, Wang wrote, directed, and produced her second feature film, The Farewell, which centers around the grandmother of a Chinese-American family who's about to pass away, earning a few Golden Globe nominations following its premiere. Currently, Wang is working on an upcoming Amazon Prime series, Expats, which stars Nicole Kidman and is based on the novel, The Expatriates, by Janice Y. K. Lee. 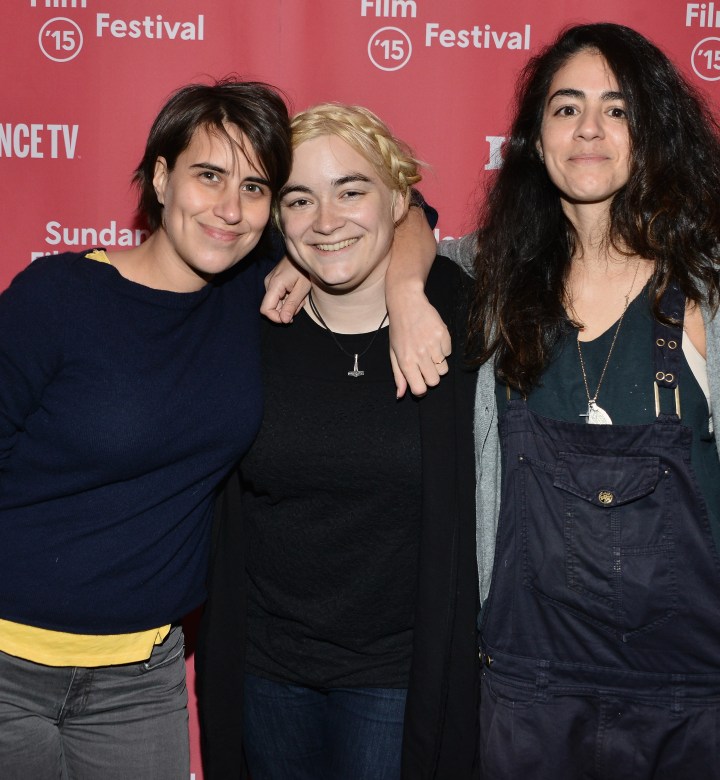 Kris Rey (seen on the left of the photograph above)—who occasionally goes by Kris Swanberg in the context of crediting—has directed documentary films, feature films, and television episodes, spanning a wide variety of mediums and topics; in addition, she's acted in quite a number of different roles. She's also responsible for directing one of the best episodes of Work in Progress entitled "Take Your Child To Work Day," which was a sweet (and hilarious) look into the relationship between aunt and nephew in the episode. Her most recent work as director came with the film, I Used to Go Here, which follows an author who makes the trek back to her old college as part of a speaking opportunity from her university. 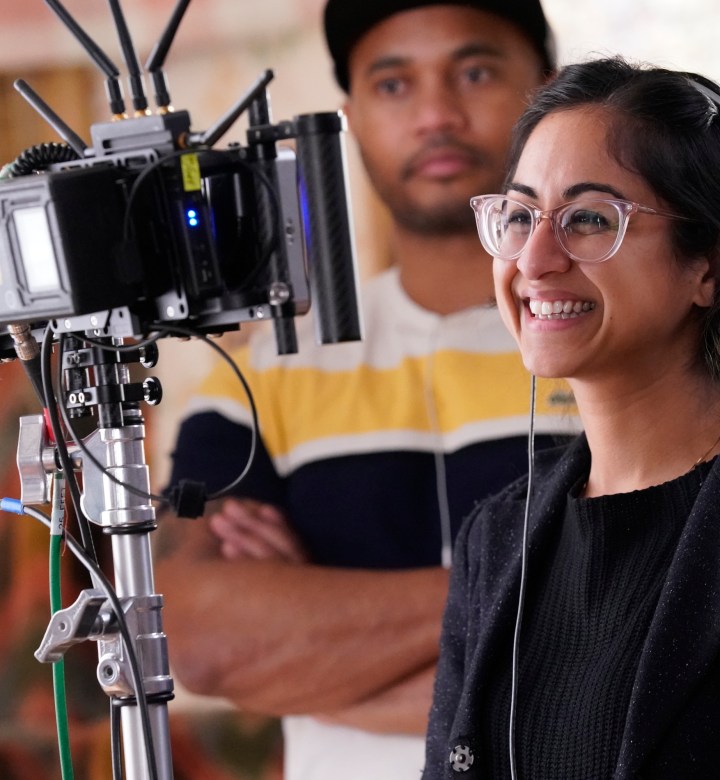 Anu Valia tells incredible stories about women, including the award-winning short film that she wrote and directed, Lucia, Before and After, which focuses on abortion, namely a young woman named Lucia and her journey in Texas. In addition, she has directed episodes of series like the very recent And Just Like That... and Mixed-ish; Valia will also be directing the upcoming Marvel series on Disney+, She-Hulk, another female director who's becoming part of the (behind-the-scenes) Marvel Cinematic Universe. 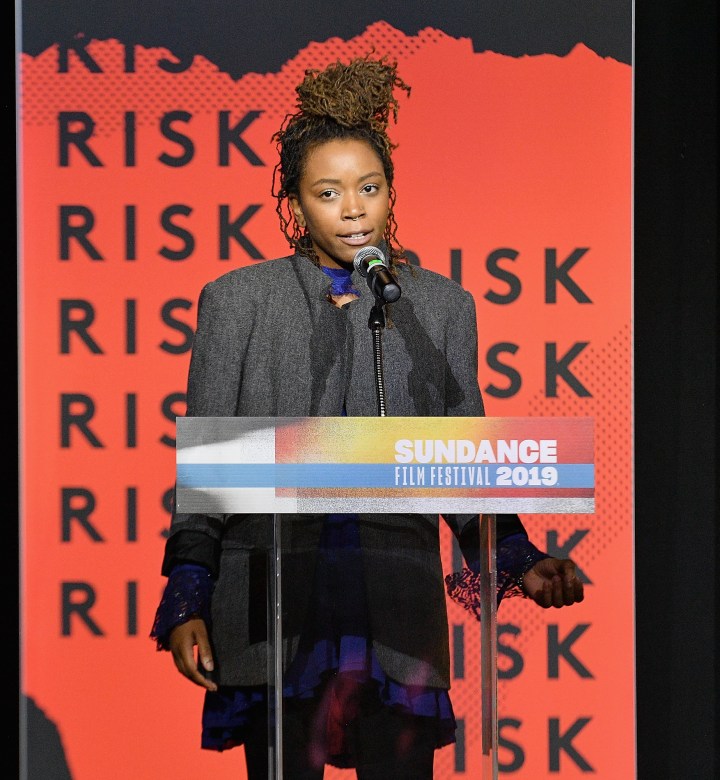 Tayarisha Poe is a master at creating a balance with dark undertones in the films, episodes, and shorts that she both writes and directs. With Selah and the Spades, Poe beautifully captured the undergrounds of a prominent boarding school and the different factions within it. Up next for Poe is a Netflix original movie titled, The Young Wife, which deals with one woman's decision to get married and the changes that follow in its wake at a party. 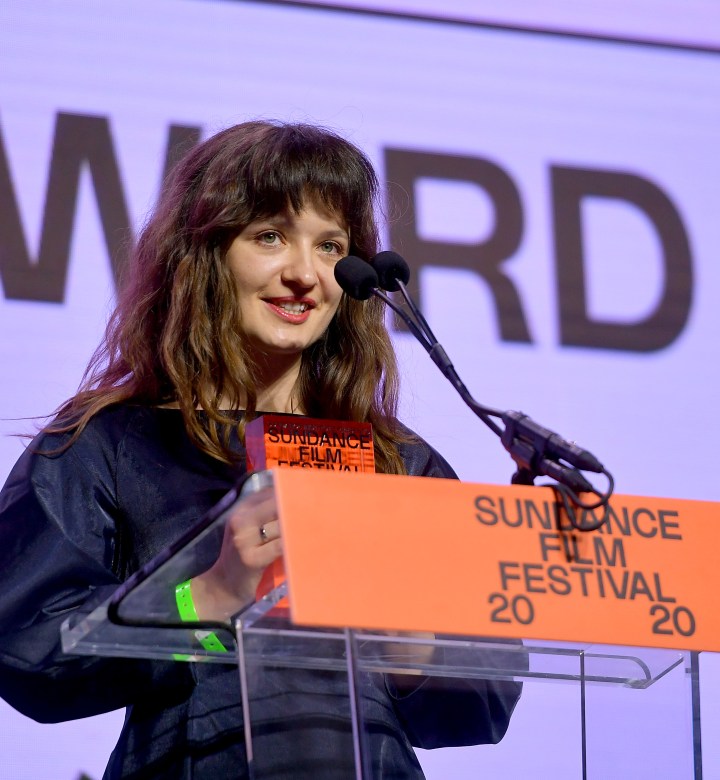 Ukrainian writer and director, Iryna Tsilyk, not only works in the film industry but has also published several books and poems over the years—and she's just 39 years old. Her most recent film, The Earth is Blue as an Orange, won her a Directing Award for World Cinema Documentary at the Sundance Film Festival, which is also where it premiered. While Tyislyk has more recently been focusing on documentary films, she has also done quite a few short films in her past. 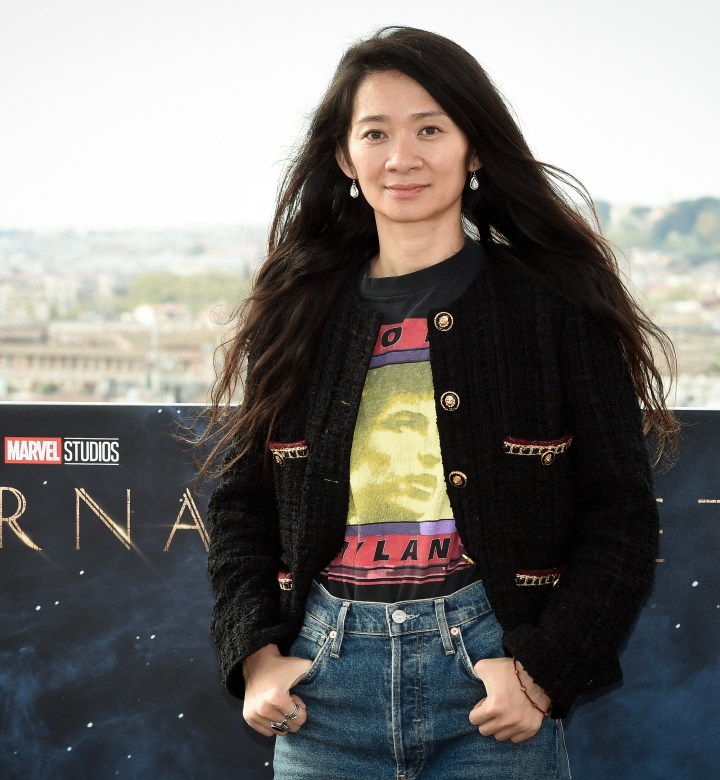 If Chloé Zhao wasn't on the map already, her work as the writer and director of Nomadland certainly solidified her even further on the directing scene. The film ended up taking home Best Picture at the 2021 Academy Awards and Zhao received the award for Best Director, making her the second woman to do so. She also directed and co-wrote Marvel's Eternals, which was a major blockbuster in November of 2021. One of her future projects includes creating and directing a new Dracula film, which we'll most likely see in the next year or two.