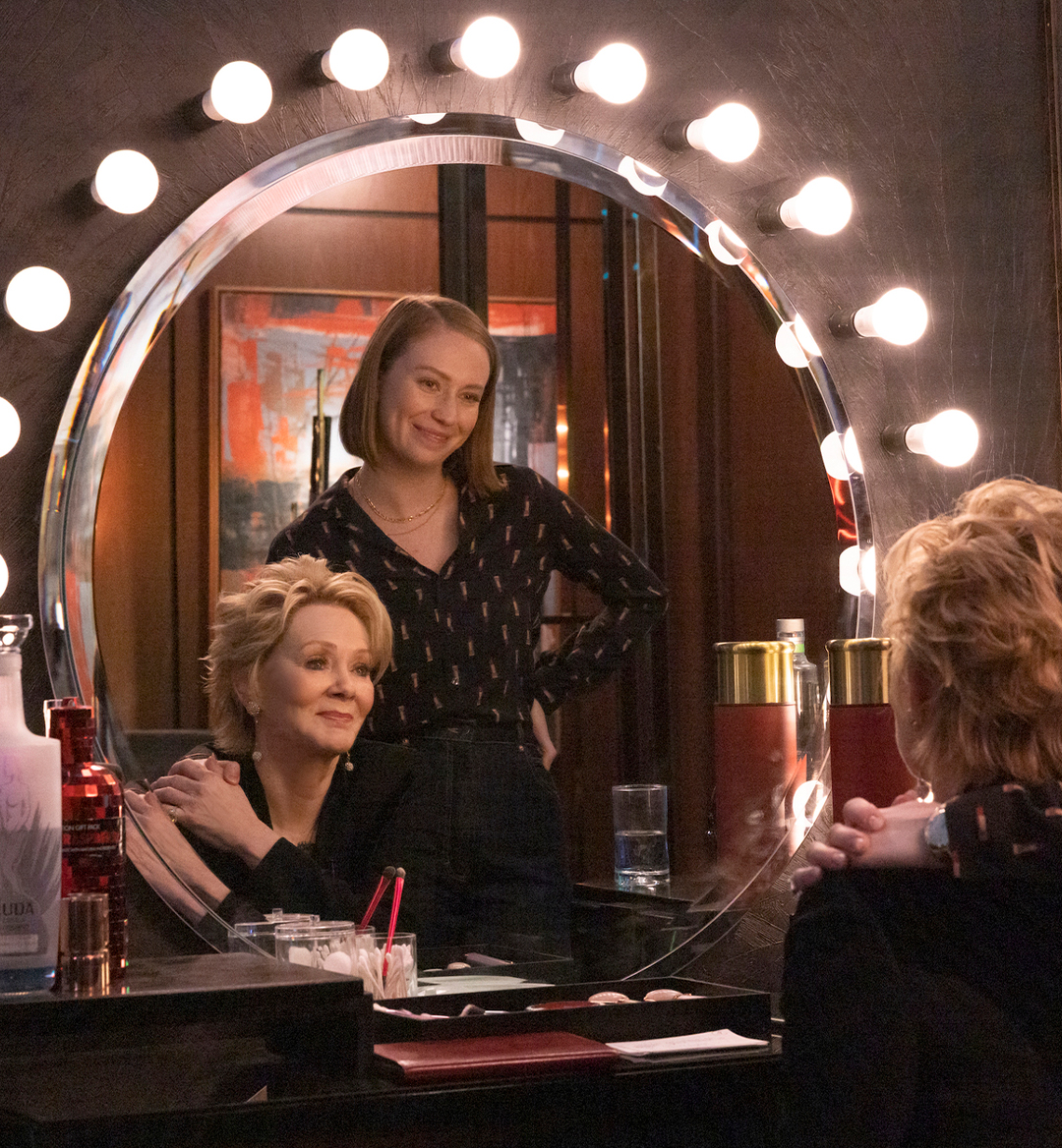 Listen, I'm partial to crying over things that don't usually warrant crying when it comes to movies and television: I can cry over anything from Natasha Richardson running down the stairs to greet Lindsay Lohan in The Parent Trap to Jamie Lee Curtis' speech at her rehearsal dinner in Freaky Friday (sue me, I like Lindsay Lohan movies). Oh, and a good falafel sandwich. However, after doing some digging online, I actually wasn't an outlier this time around; Hacks season 2 was just particularly EMOTIONAL. And you bet I cried at the end of the finale. 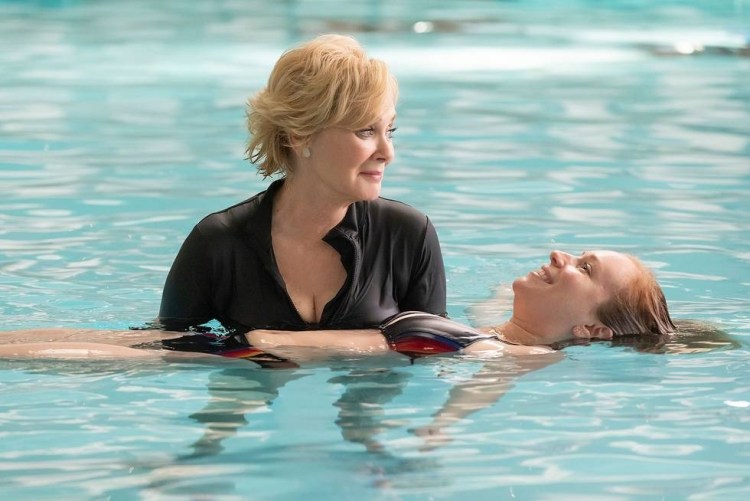 The main goal of this season of Hacks? To show everyone that Deborah Vance (Jean Smart) has still got it and doesn't need a residency in Las Vegas to be relevant. As the season progressed and her tour slowly but surely hit its stride, the goal at hand shifted to making her live set into an hour-long comedy special. The only issue would be getting just one network to agree to air it—and that ended up being the largest hurdle of all.

Though Deborah is still in the midst of suing her writing partner/occasional friend and confidant, Ava Daniels (Hannah Einbinder), that whole debacle has been brought to the back burner as writing jokes and touring are the main issues at hand. Even though Deborah decided to keep Ava on in the midst of their legal issues, she's really not cutting her much slack aside from not firing her. For one, she decided to plop a massive, antique armoire in front of Ava's sleeping bunk on the tour bus and has taken up the entire bus' fridge with various skin and makeup products, leaving Ava's kombucha out to sweat in the heat.

Somewhere around episode five, however, there was a noticeable vibe shift. Things weren't so tough anymore; everything clicked. If we had to pinpoint the exact moment, I'd say it first started to trickle in when Deborah demanded the driver to turn the bus around to search for Ava's father's ashes, which their tour manager, Weed (Laurie Metcalf), had accidentally tossed out in the city prior. Long story short: if someone voluntarily jumps into a dumpster for you, it's safe to say that they probably love you.

While the dumpster moment marked a glimmer of hope for the two's partnership, it wasn't until the fifth episode that the deal was sealed.

After a particularly rough set, Deborah and Ava decide to hit up the hotel's indoor pool to put their feet in the water and relax, though they end up having a bit of a heart-to-heart while poolside. They try to figure out a good punchline for a joke, but Deborah gets stuck and wants to get in the water to teach Ava how to float on her back. Holding Ava, Deborah continues to try and find the punchline while Ava floats. Ava ends up figuring out the solution to the joke, though Deborah doesn't want to forget the punchline, so she lets go of Ava, leaving her floating alone in the pool by herself.

"You got it," says Deborah, floating away.

I Love You, but I Have to Fire You 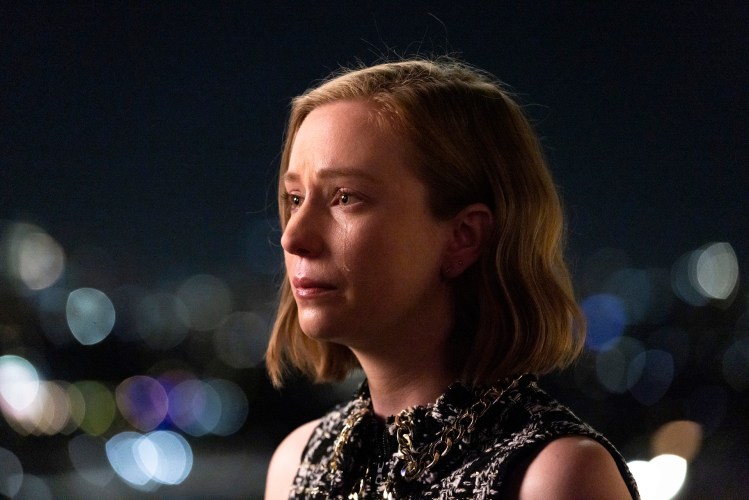 Early on in this season, Deborah told Ava that they were the same person, though it was used more so as a jab at her than anything else—she can be just as ruthless as Deborah, which to Ava was a major minus being that she's taken the brunt of insults and fits of anger from her boss. In one of the last scenes of the finale, Deborah tells Ava the same exact thing and then fires her on the spot.

Keep in mind that this is following a major win for Deborah: after deciding to release her comedy special on her own, it generated such a wide scope of buzz that it sparked a bidding war between practically every network.

"Things are good, and they could keep being good for a very long time—that's the problem," Deborah says. "You need to make space for your own work. Those people, they want you right now. They won't forever. You got to take advantage of that—you got to be a shark, you got to do what's best for you."

All of the arguing on Ava's part doesn't make Deborah budge as she secretly knows that her boss is right—they need to part ways or Ava is going to be chained to Deborah until the day she dies. She leaves things by telling Ava that she'll still see her around, "in court."

In what's surprisingly one of the saddest moments of the season, Jimmy calls up Ava to let her know that Deborah has finally dropped the charges, meaning that she'll no longer have to attend the impending court dates. It's a look of pure heartbreak on Ava's face that really punches you right in the gut.

While it's nice that Deborah ended the lawsuit, I'd say not wanting to see Ava again played a large role in that decision. Deborah's got major walls up and she let them down quite a bit for Ava during their partnership. It may have seemed easy for Deborah to fire Ava, but even she called her boss out on the real reason behind her firing.

"I know what you're doing," Ava says. "You're pushing me away because you're afraid."

And the thing is, Deborah doesn't even deny it at that moment—she takes a second and just smiles, probably because she knows it's true. Deborah realizes that she needs to end her partnership with Ava just as much for herself as for Ava. Deborah doesn't want to hold Ava back, but part of her is probably terrified of the long-term ramifications of having a relationship this close. After all, according to her, she screwed up her relationship with her daughter and threw in the towel with Marty Ghilain (Christopher McDonald) when he proposed to her. It feels very much like she wants to shield Ava from the explosions that turned out to be her past relationships—she'd rather leave Ava on decent terms than have things go down the toilet as they had in the past. But Deborah isn't giving herself enough credit—things could be different this time. However, at the moment, that's just not a step she's willing to take.

For now, Ava will have to rely on QVC to see her former writing partner. At the tail end of the finale, Deborah goes live on QVC to hawk another one of her products. This time, it's a chain that attaches to the back zipper of a dress so that you can zip it up without the help of someone else.

"You might not know what the night has in store for you, but at least you know you're ready for whatever comes," Deborah says to the TV with a wink.

All in all, Season two was about realizing the value in those you surround yourself with. Deborah and Ava have not had the easiest relationship: it's been rocky from the get-go with ups and downs, misunderstandings, and ultimate understandings. But of course, just when something's good, they take it from us—ain't that always the way.

With a third season still up for consideration, I'd be shocked if HBO decided to pass on another go-around with this crew, though at the same time, it does feel like things are pretty wrapped up between Deborah and Ava. For Deborah, it's riding off into the distance on her newfound success with her tour and comedy special, and for Ava, it's taking on new writing gigs in television and movies.

For my own sanity, this can't end here—it just can't. Deborah's pretty adamant about Ava advancing her own career, but harking back to that final sentence of the series with the line, "but at least you know you're ready for whatever comes," I'd say their paths are bound to cross again. Perhaps Ava will start pursuing stand-up and go on tour with Deborah, or maybe they'll be slammed together unknowingly on some sort of project. Whatever it is, in about one year, I'm going to need it.