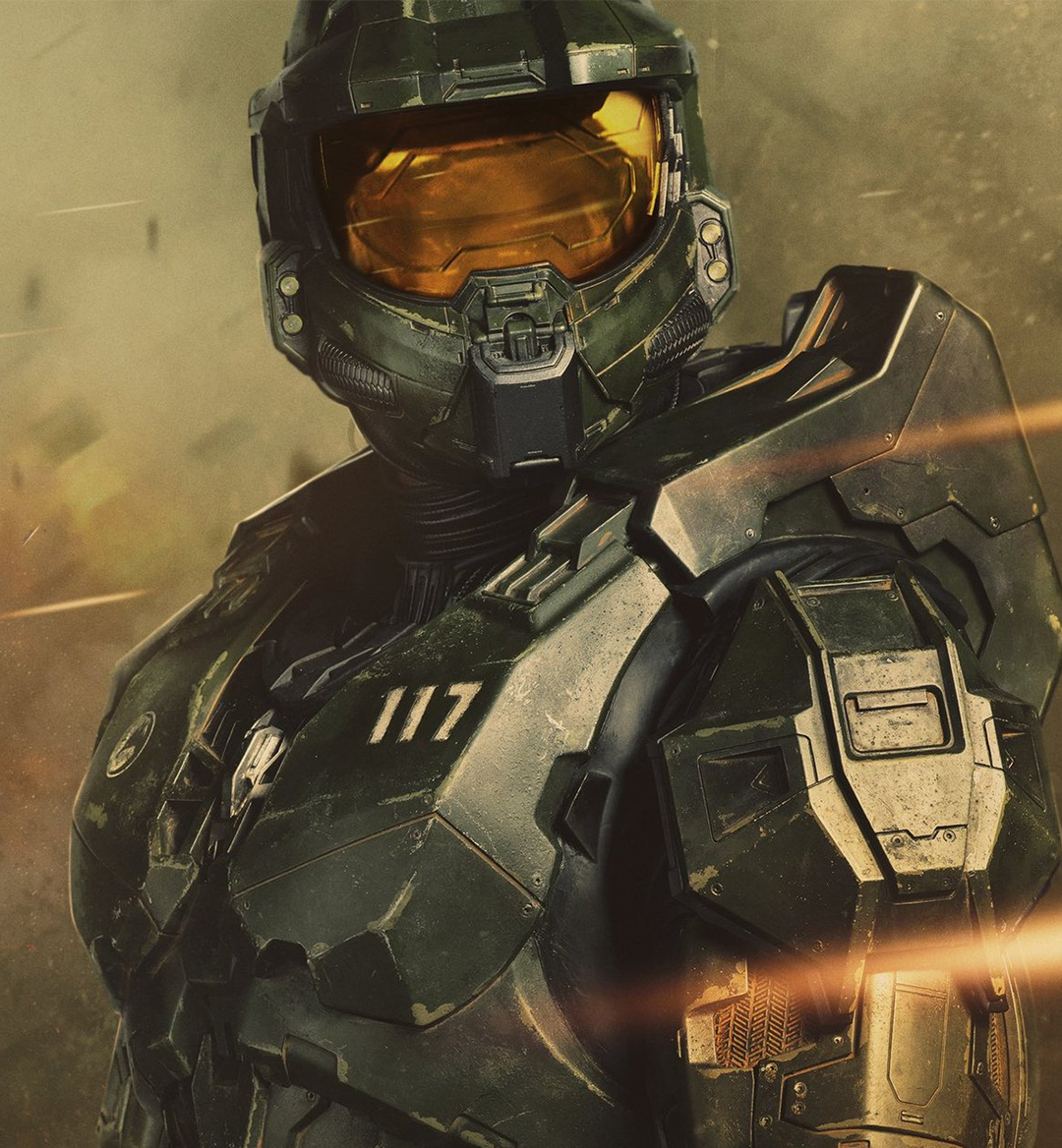 Before even jumping into the new Paramount+ series, Halo, the high expectations are palpable. From the hordes of fans who have been anticipating this moment for years to the studio side of things (which has poured $100 million into the production—oof), there's quite a bit riding on this series. But they must've done something right, as the show was already renewed for a second season prior to its premiere on March 24. With that, let's head off into the world of people who dress up like robots and the aliens who are...well, aliens.

It's the year 2552 in the UEG Outer Colonies and we're chilling on the planet of Madrigal. There's a major war going on, as the humans on Madrigal want to become completely independent from Earth. We focus on Kwan Ha (Yerin Ha), a Madrigal teen who just wants to hang out with her friends and take drugs—you know, the usual. More specifically, the drug is called "Madrigal Heavy Hydrogen," and it can also be used to power ships. Just as her friends are starting to take the drugs, Ha notices a little something out of the corner of her eye.

As she spots an alien-like ship, she and her friends are immediately under attack by the Covenant, which is a fancy word for all of the characters who are aliens. As they're suddenly under heavy fire, Ha cracks open a flare to alert her home base as to what's going on. Basically, all of her friends are goners, but she's able to sprint back to the base, barely making it in as the gates close behind her.

Her father, General Jin Ha (Jeong-hwan Kong), is the head of the rebel forces on Madrigal and is elated to see that his daughter has made it back. He's not too elated, however, as he knows that a swarm of aliens is at his back door. There's basically nothing that they could've done to stop the Covenant from breaking through, so as the general has his rebel soldiers at the ready (with AK-47s in the year 2552?!), the aliens burst through and immediately start taking out soldiers left and right.

Of course, the ever-holy energy sword had to make an appearance, and boy, did she translate well to the big screen (even though she was being used to take out innocent rebel soldiers). About 75% through the battle, a familiar face shoots down from above: our best guy, John-117, the Master Chief (Pablo Schreiber), of the United Nations Space Command (UNSC).

He and his squad make quick work of the Covenant but are ultimately unable to save the general. The only survivor of the entire attack ends up being Kwan, who the UNSC squad quickly abandons to scope out the rest of the area afterward. I mean, it's not like she just went through a traumatic event or anything. 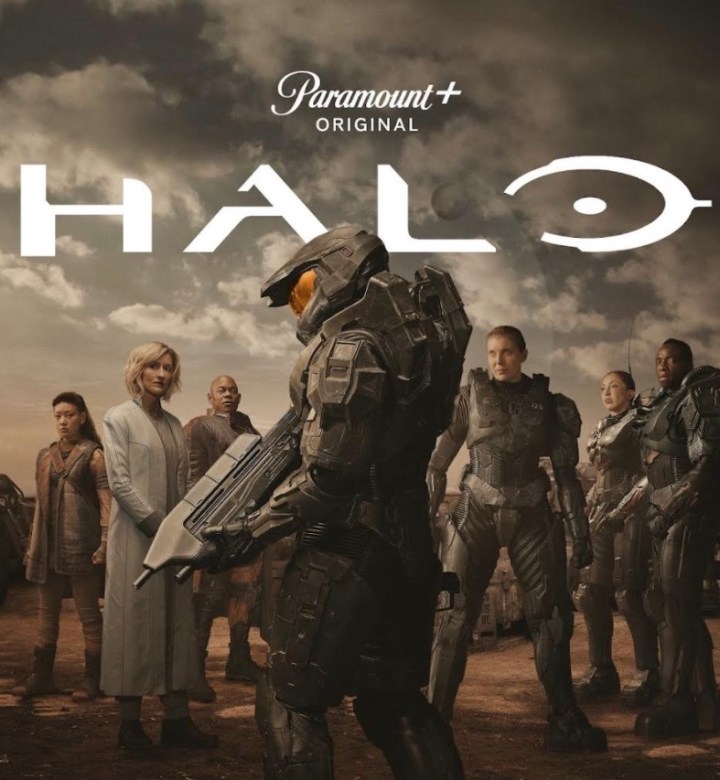 Chief leads the crew to a dark cave with a weird, mystical, triangular artifact attached to one of the walls. Like any of us would when faced with a potentially dangerous alien object, he decides to reach out and touch it. Various lines and lights are illuminated, lining not just the artifact itself, but also the walls that surround it, sending Master Chief into a childhood flashback that jars him. Not only did that insane moment just happen, but on top of that, a lurking alien pops out of the cave and is able to escape, knocking over Kwan on its way out, who had been outside.

With that, we check in on another planet in the galaxy, Reach, and more specifically, at Fleetcom, which is the UNSC headquarters. We're greeted by Dr. Catherine Halsey (Natasha McElhone), who works as a scientist for the UNSC and created the Spartan-II Project. She has our girl, Cortana (voiced by Jen Taylor), in an egg-like incubator à la Lady Gaga circa the 2011 Grammys.

Leaving Madrigal and now on the ship back to Reach, Master Chief keeps Kwan in the back under observation so that those at Fleetcom can keep an eye on her vitals and what she's doing in general. Though she was being ignored for the entire trip, Chief finally speaks to her and she explains that her father wanted independence from Madrigal, so she does, too. We also learn that Chief was responsible for the death of her mother, so, you know, they quickly become best buds.

While talking with her, Chief gets an order on his heads-up display (HUD) to kill Kwan. He has a few more visions similar to the ones before, except this time, he can make out a little bit more of what's going on, realizing that it involves his childhood. All of a sudden, Kwan gets dizzy and is having trouble breathing, eventually falling unconscious; this is because the UNSC is seeing that the Chief isn't acting on his orders to kill her. He figures out that the UNSC is remotely turning down the oxygen on the ship, and as he realizes that, Chief falls unconscious, as well.

Somehow he's able to wake himself up, reach for the manual oxygen lever (apparently that's a thing), and turns it back on. Seeing that he's defying orders even further, the admiral at Fleetcon, Admiral Margaret Parangosky, is considering sending out the Pelicans (tactical ships) to neutralize him, though Halsey convinces her not to; she wants to secure him, instead.

In a shocking moment, Chief takes off his helmet (*gasp*) and talks to Kwan about how he doesn't want her executed, even though it goes against what he has been taught over the years. This is likely to be a divisive moment amongst fans as Chief has never taken off his helmet in the games.

At this moment, he realizes how much of an effect the artifact has had on him already. As the ship was being flown via autopilot under the control of the UNSC, Chief disables the ship and decides to fly it manually. As he gets closer to being in the range of the UNSC base, they shoot it down to force it to land.

They attach explosives to the side of the ship, but Chief decides to touch his hand to the artifact once again, which wipes out all of the electric connections on the base. Because of that, they have total control of the ship, turn it around, and head out to parts unknown.