Canceled But Not Forgotten: ‘How to Make It in America’ Was an Ode to Hustlers Everywhere 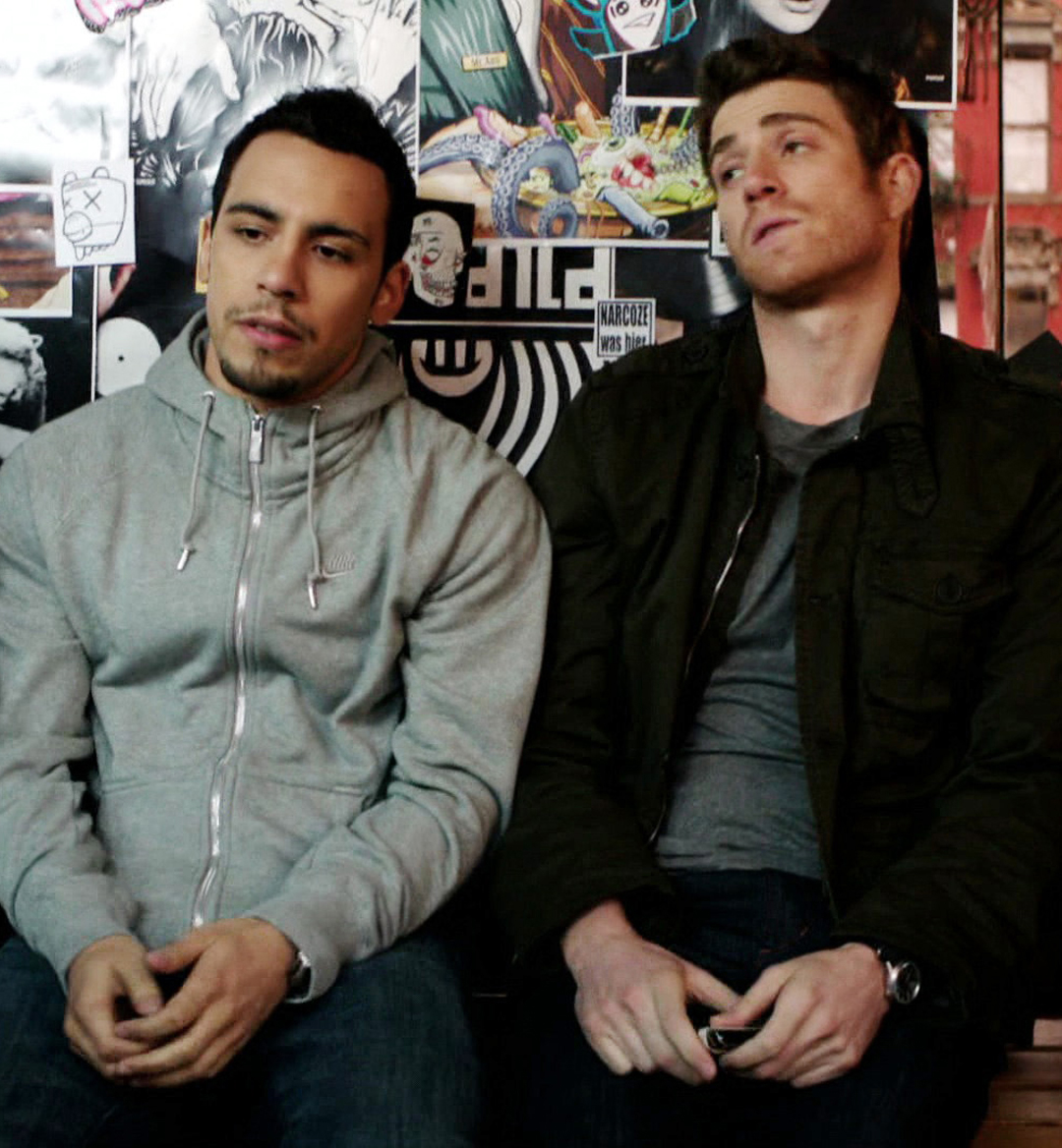 Nearly eight years have passed since HBO canceled How to Make It in America, but it has lived on in the pantheon of shows that have earned cult status. It’s a show that has been applauded within certain circles—especially by people who’ve recently moved to a big city, hoping to make it big—and also decried within others. Upon its premiere, many critics lambasted it as the “East Coast version of Entourage” saying its premise is almost a mirror image of HBO’s hit show. At first glance, this critique has plenty of merit: The show follows a group of 20-something males navigating the professional world as well as their personal relationships and throws a dash of partying and socializing in there too.

Despite the similarities, How to Make It in America is a perfect antithesis to Entourage. The main characters are not rich nor famous, and they struggle to do things like pay rent. Hell, for much of the series, one of the show’s main protagonists, Cam Calderon, lives with his grandmother.

In many ways, the show is the embodiment of your average New York City urban professional: naive, eager, creative and hungry for the next challenge. Those recent college graduates who move to areas like NYC, Los Angeles or Chicago from small towns or suburbs possess an idealized view of what life in a big city can be, and more often than not, they find that these ideals are nowhere close to what reality is like. That might sound pessimistic and to a degree nihilistic, but it has an amount of truth as well.

Above all else, How to Make It in America is about trying to make it. Many people approach life safely and settle for a job they like or at the very least can tolerate, but it isn’t what they dreamed about doing. And that is a perfectly fine attitude, but it is certainly not for everyone. How to Make It in America is an imperfect, often frustrating ode to those willing to risk it all and bet on themselves.

The Story of the 21st-Century Hustler

How to Make It in America prides itself on being the embodiment of a modern-day hustler, one who is unwilling to rest on their laurels. The main characters, Ben Epstein and Cam Calderon, basically on a whim, decide to purchase expensive Japanese denim in order to start their own line of streetwear, Crisp. From there, the show starts on its journey through the worlds of fashion, art, culture and the New York City social scene.

Working multiple jobs is not uncommon for people who are chasing their dreams or those who need to secure funding for their big idea. Calderon and Epstein, over the course of the show, work a variety of different jobs to ensure their fledgling business has a chance at succeeding. Whether they’re selling leather jackets illegally, working at upscale department store Barneys, peddling energy drinks for Cam’s criminal cousin or taking unpaid design jobs, the pair finds ways to scrape together the money to fund their new streetwear line. 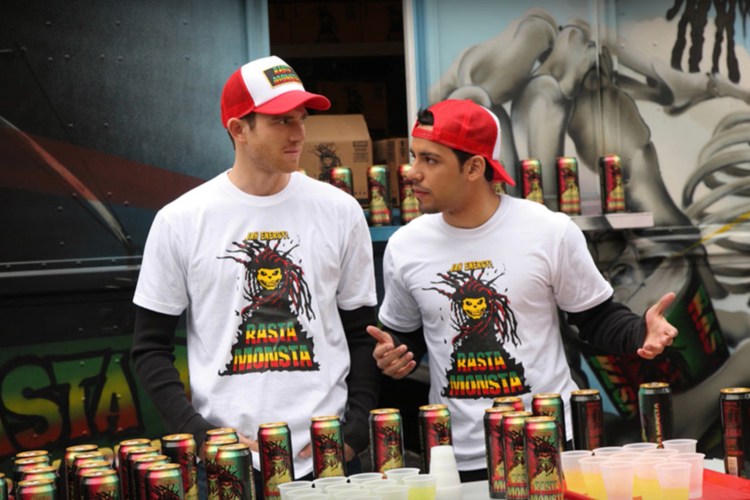 In what is almost a reflection of the modern yuppie, the characters eat at fancy cafés that would be prime for Instagram food influencers had the show been made today. They eat at these places despite not being able to afford them, but they also showcase the eating habits of those who are looking to save a buck while living in one of the most expensive cities in the world. In one scene, Ben and Cam eat at a dollar slice joint. In another, Cam buys “bacon egg and cheeses” from a bodega.

The show doesn’t stop with its analysis of yuppie culture. It also, to a degree, skewers the hipster culture that has permeated not just New York City but many American cities.

One of Crisp’s chief competitors, Neanderthal, is owned and operated by a character named Tim who is an encapsulation of the modern hipster: someone who decries capitalism while simultaneously embracing it; a Brooklyn resident who hates gentrification but is also the one partaking in it. It’s the sort of hypocrisy that naturally comes with being a part of the fashion industry, where someone is almost forced to go back on things they believe in to make money—at least at the start of their career.

Ben and Cam exemplify this as well, partnering with a large-scale retailer in the second season, a sign that they are willing to betray the idea of not being sellouts to make it big. It’s hard to fault them for it—at the end of the day, we all need to pay the bills.

Fuck what the universe has planned. I spoke English as a second language, I dropped out of high school and I never doubted once that we weren't going to make it.

Ingrained in the DNA of the show is hip-hop. A song is present in essentially every episode, playing a large role in driving home the themes of How to Make It In America. One need only look at the show’s intro—a montage of images and clips of New York City set to Aloe Blacc’s “I Need a Dollar”—to get an idea of what that means.

As if it weren’t obvious, the song tells you everything you need to know about the show in essentially one minute: New York City, hip-hop, fashion, art, culture; it’s all there.

One of the main characters of the show, Domingo Brown, is even played by a rapper. Kid Cudi plays the lovable dog-walking, weed-dealing friend of the protagonists, someone who embodies the other end of the hustling spectrum. While he goes about it through different means, Domingo is very much a modern entrepreneur: He’s his own boss, he sets his own hours and he has a dedicated client base and distribution system (himself).

Hip-hop is everywhere in the show, perfectly accentuating the show’s life lessons and lending itself pretty well to the party scenes as well.

New York City Is Where It All Begins

As much a character as it is a setting, New York City serves as the backdrop for How to Make It in America. The relationship between the main characters and the city they call home is perhaps best described by John Steinbeck in a 1953 essay in The New York Times:

“New York is an ugly city, a dirty city. Its climate is a scandal, its politics are used to frighten children, its traffic is madness, its competition is murderous. But there is one thing about it: Once you have lived in New York and it has become your home, no place else is good enough.”

New York has been romanticized by movies, TV, novels and music to a point where it has become almost cliché to say that someone might actually enjoy living in a place where the rent is too high, the streets are too dirty and there are way too many people. How to Make It in America, despite glamorizing everything New York has to offer, also chastises it as a place that isn’t this beautiful city on a hill that some would have you believe.

Trying to succeed in a city such as New York is oftentimes frustrating and soul-crushing, and it can leave you feeling as if it will chew you up and spit you out. One of the first deals Ben and Cam make is for a shirt that Ben designed himself, a simple black tee with the imprint of a subway and the tagline “New York City Eats Its Young.” It’s a pretty on-the-nose representation of everything the show is about but serves as a nice reminder of why New York can be such a tough place to make a living.

How to Make It in America is not a perfect show—far from it, actually. The storylines sometimes suffer from a “Well, that problem was solved pretty easily” issue, similar to Entourage in that sense. The characters are also sometimes annoying to watch, their problems and motives frustrate, and they are sometimes self-involved to no end.

However, it is a great representation of exactly what we are all trying to do every day: make a buck and chase a dream.