The 21 Most Iconic Duos in Film History 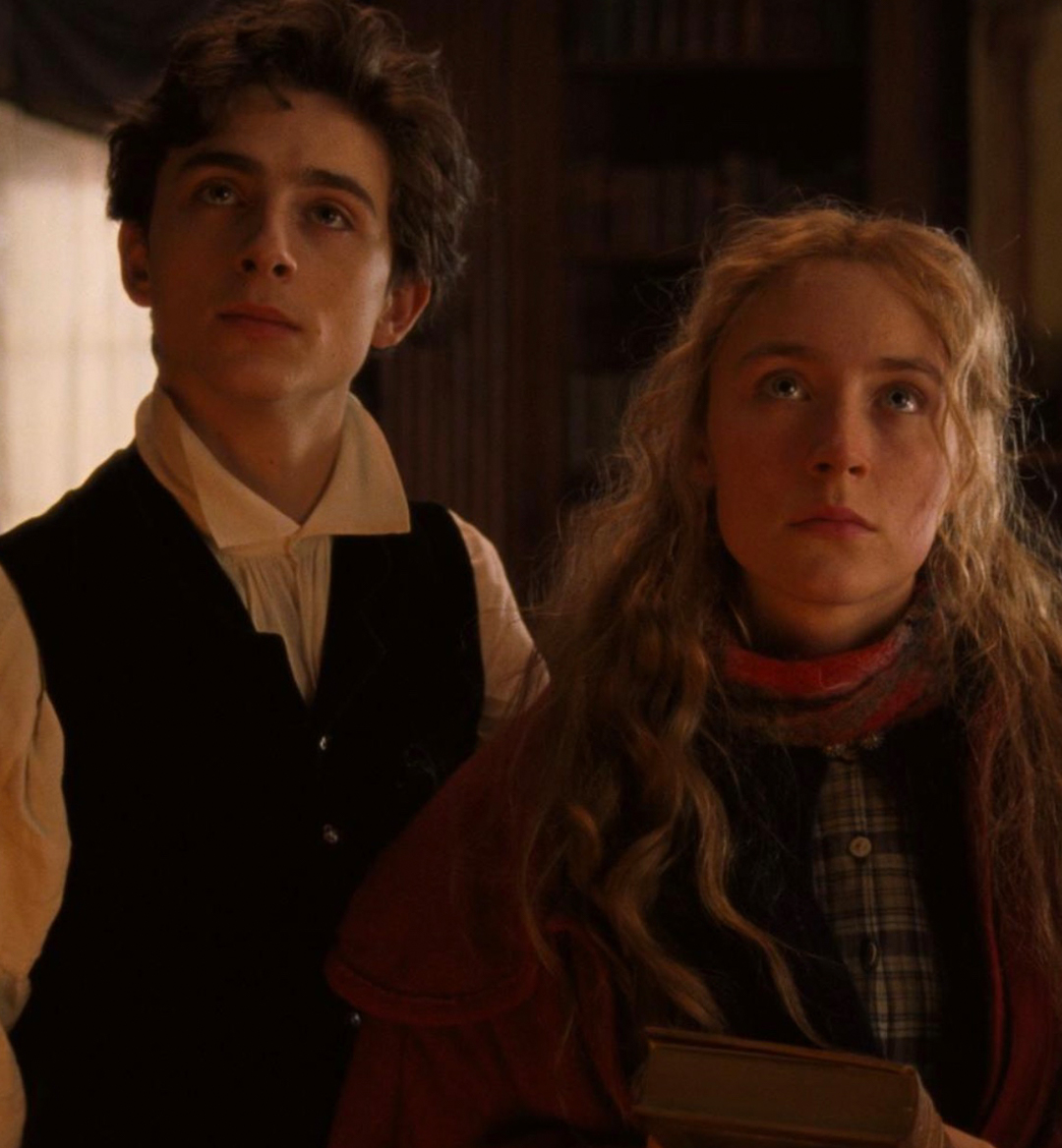 Well, if it ain't broke, just keep reusing the same actor pairings over and over again—that's how the saying goes, right?

It's not too often that we see a pair of actors jump from movie to movie without ever releasing hands, which is why many of the duos that we've become accustomed to seeing work so well. It's also probably why we don't complain much when there's another film starring two actors who just starred in another film.

From the early 1960s to the present day, these are 21 of the most iconic duos that have graced our screens.

Ah, the rom-com duo that defined rom-com duos: Meg Ryan and Tom Hanks. We can all collectively thank Nora Ephron for pairing up the two first in Sleepless in Seattle in 1993, which eventually gave way to You've Got Mail in 1998. Ephron once said that the two work so well together on screen because they "look like they're from the same food group,"—though it's not just that. Sure, Ryan's perfectly-cut hair in You've Got Mail doesn't hurt in winning audiences over, but it's each actor's constant sixth sense about the other that shines through in each film.

First Appearance Together: Joe Versus the Volcano (1990)

Notable Films: Sleepless in Seattle, You've Got Mail, Joe Versus the Volcano, Ithaca

The pair made their first film appearance together in The Devil Wears Prada, as Streep played the demanding and feared editor-in-chief of Runway Magazine with Tucci as her second-in-command. Just three years later, the two took on a much more loving relationship, portraying the real-life married couple of Julia and Paul Child in Julie & Julia. When Streep and Tucci are together, there's a give-and-take chemistry that practically pops right off the screen.

It's Tina Fey and Amy Poehler, okay—they're practically salt and pepper at this point. The pair steal the show in practically everything they're in, from their early days running Weekend Update on SNL to hosting the Golden Globes four times and through all of the movies in between. Each is able to shine equally because of the other; not only are they hilarious, but they bring out the best in each other through the process.

At this point, is it a semi-niche flick without Saoirse Ronan and Timothée Chalamet playing each other's love interest? Yeah, no. From their more awkward relationship in Lady Bird to their unrequited one in Little Women, Ronan and Chalamet certainly know how to keep things fresh with each changing character.

Listen, I'm sick of Jennifer Lawrence and Bradley Cooper films, too, but they did have a good run for a few years in the early 2010s. Not only was Silver Linings Playbook Lawrence's breakthrough role, but it also earned her the Academy Award for Best Actress; while Cooper was definitely more of a mainstay in the culture at this point, the pair's innate chemistry on-screen not only lifted Lawrence up but the movie as a whole. While their later movies together certainly didn't stand up to Silver Linings Playbook and American Hustle, they're definitely worthy of a seat at the iconic duos' table.

When you smack two people together who are iconic in their own right, you're bound to get something even more special on screen. And that's Jane Fonda and Robert Redford.

The two most recently reunited for the Netflix original, Our Souls at Night, a pairing almost sixty years in the making; they were first in 1960's Tall Story, in which Redford played an uncredited role in as his first foray into film. While Barefoot in the Park might be the most well-known of the five movies they made together, people were still asking the pair what it's like to work with the other when Our Souls at Night premiered in 2017. On that same note, Fonda said, "it felt like hands going into comfortable gloves."

Notable Films: The Chase, Barefoot in the Park, The Electric Horseman, Our Souls at Night

Jonah Hill and Seth Rogen go together as well as eggs and ketchup. They just...work; it's something about the way each one carries himself that allows the other to riff off so easily that most of the time, their relationship in the given film seems like it's one that has been going on for decades. As a whole, they might be one of the most natural-feeling buddy combos that we've ever seen.

Notable Films: Superbad, Knocked Up, Funny People, This Is the End

When most people think of the classic rom-com genre, they might think of Meg Ryan and Tom Hanks first. Welp, we already talked about those two, so now we're going to discuss the second-best rom-com pair: Julia Roberts and Richard Gere. Pretty Woman practically re-launched the rom-com genre when it was released back in 1990, and that's mostly due to the unlikely yet charming relationship between Roberts' Vivian and Gere's Edward.

Sure, 1999's Runaway Bride was no Pretty Woman, but the thing is, most people didn't care: what they wanted was Roberts and Gere together again—and they got that.

While their first appearance in a film was technically as extras in Field of Dreams, Matt Damon and Ben Affleck were actually good friends as kids, continuing that friendship throughout their professional lives in a number of different films. Not only did they both star in Good Will Hunting, but they co-wrote the entire film together, showing just how intertwined their relationship is.

First Appearance Together: Field of Dreams (1989)

Elizabeth Taylor and Richard Burton first met on the set of Cleopatra, and though both were married at the time, they eventually got married in 1964. While they got divorced 10 years later and then promptly got re-married to each other a year after that, they ultimately called it quits in 1976. Famously known for being married eight times throughout the course of her life, her marriage to Burton was the longest, resulting in a whopping eleven different films over the course of their relationship.

Notable Films: Cleopatra, The V.I.P.s, The Sandpiper, Who's Afraid of Virginia Woolf?, The Taming of the Shrew, Doctor Faustus, The Comedians, Boom!, Under Milk Wood, Hammersmith is Out, Divorce His - Divorce Hers

It's not a complete list of the most iconic duos in film without mentioning our dudes, Robert De Niro and Joe Pesci, who have acted alongside each other in a number of sometimes-different though usually-pretty-similar films since their first appearance together in Raging Bull.

Notable Films: Goodfellas, Casino, The Irishman, A Bronx Tale, The Good Shepherd, Once Upon a Time in America

I mean, we all knew that Ryan Gosling could dance, but it wasn't until La La Land that he got really got to show off his moves on the big screen alongside Emma Stone. Prior to that film, Stone and Gosling were also in the rom-com favorite, Crazy, Stupid, Love, on top of Gangster Squad, which was quite the departure in terms of genres for the two, as the movie was about the LAPD and gangs in the 1950s.

Yeah, that's a lot of Marvel Cinematic Universe (MCU) movies to film together.

Given that, Scarlett Johansson and Chris Evans never really had a huge chance to act opposite each other in films once they were drafted into the MCU as Black Widow and Captain America. Prior to that, they only starred in two non-Marvel films together, which were two smaller films: The Perfect Score and The Nanny Diaries.

First Appearance Together: The Perfect Score (2004)

While they don't always share the screen together, no one can deny that Vince Vaughn and Jon Favreau have an all-time bromance. Between acting and producing, the duo has created ten films together, with the first one being the 1993 classic sports film Rudy. Both had supporting roles in that movie and didn't share any screen time but it was the beginning of something special, without a doubt.

Another one of Hollywood's most legendary bromances, Woody Harrelson and Matthew McConaughey haven't shared a ton of time onscreen but off-screen they're a great pair. First appearing in the mockumentary film Welcome to Hollywood as themselves, the two actors would go on to appear in a few more movies, and perhaps most notably, season one of True Detective.

While it doesn't exactly showcase the best aspects of their friendship, True Detective is, without a doubt, the best thing they've ever acted in together.

First Appearance Together: Welcome to Hollywood (1998)

16. Will Ferrell and John C. Reilly

Will Ferrell and John C. Reilly form one of cinema's most iconic duos, with numerous appearances across some classic comedic films. Beginning with Talladega Nights where they played NASCAR drivers and best friends, it's clear from the beginning that these two formed a great on-screen pair. After Talladega Nights, they went on to make Step Brothers, which is probably their most well-known movie together. Full of endlessly quotable lines and an incredibly rewatchable movie, Step Brothers is Ferrell and Reilly at their best.

First Appearance Together: Talladega Nights: The Legend of Ricky Bobby (2006)

One of, if not the most iconic duo to come out of Saturday Night Live, Chris Farley and David Spade were as good as it gets on-screen together. Practically every scene they shared in movies or on Saturday Night Live was instantly memorable, and all-time classics.

With the death of Chris Farley in 1997, this friendship was tragically cut short but Chris' memory lives on in his movies and television appearances such as his classic Saturday Night Live sketches.

What's more iconic than Butch Cassidy and the Sundance Kid? Well, that would be the two actors behind Butch Cassidy and the Sundance Kid: Robert Redford and Paul Newman. Both well-known in their own rights, brought together, they created both a film and partnership that transformed the silver screen for years to come. Just a few years after that first movie, they co-starred in The Sting, which became iconic in its own right, receiving 10 Oscar nominations—yeah, that's three more than what their first film received.

The only question here is why didn't they make more movies together?

First Appearance Together: Butch Cassidy and the Sundance Kid (1969)

Notable Films: Butch Cassidy and the Sundance Kid, The Sting

Alright, I realize that Susan Sarandon and Geena Davis only starred in one film together, but it would seriously be criminal not to include them in a gathering of iconic duos. Not only did they evade being arrested by a slew of cops by traversing the United States by car and then launching themselves off the edge of the Grand Canyon, but they also took the first on-screen selfie—I'd say that's pretty iconic.

20. Sigourney Weaver and the Alien

Sure, Sigourney Weaver and her alien nemesis weren't good buddies or anything, but after four whole movies together, they certainly have a winning sense of chemistry. Here's the thing: is it really an Alien movie without one or the other?

I know, I know: what about Alien vs. Predator?

Well, I don't care about Alien vs. Predator because it's seriously lacking in Sigourney Weaver.

21. Roy Scheider and the Shark

Just as Sigourney and the alien are iconic, so are Roy Scheider and his shark frenemy, which was lovingly named "Bruce" after Steven Spielberg's lawyer. Okay, maybe they weren't frenemies, but I'd like to think that they could've been friends if things had worked out differently.