Do Likes Really Matter on Instagram? These Influencers Explain 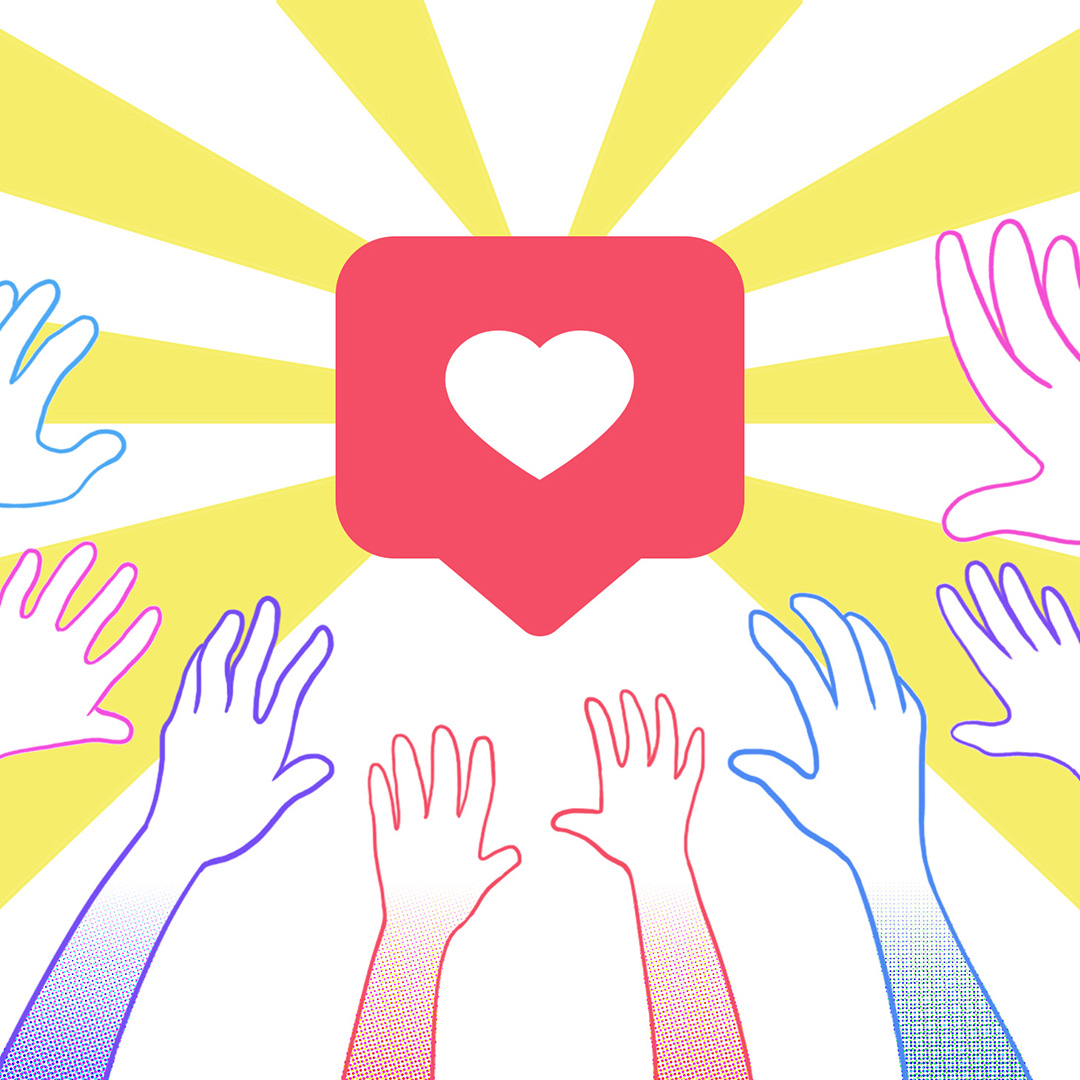 The influencer market in the United States is expected to grow from $1.3 billion in 2018 to $2.3 billion this year, and Instagram is one of the biggest reasons for that leap. People are making six figures a year essentially living lives people would envy enough to want to replicate themselves, leading to sales for brands. Things were looking good heading into the new decade until Instagram decided to figuratively remove the hearts of these influencers by phasing in the removal of the “Like” metric from being visible on the platform.

As part of the change, the number of likes an account’s post receives will only be viewable by the account user. In early November 2019, Instagram CEO Adam Mosseri explained the move was to “depressurize Instagram” for young people who obsess over accumulating the most likes. That’s a noble act, but nobility has never precluded panic, especially when that nobility could threaten people’s money.

Nicki Minaj threatened to never post on Instagram again because of the change. Some influencers likened the move to there being “no audience applause at the end of a performance.” Others worried the lack of likes would significantly reduce how people valued their content. Tears have been shed, middle finger emojis have been deployed but the fact remains: We will live in a world where you can’t see people’s likes on Instagram.

ONE37pm spoke with influencers who collectively have over 820,000 followers on Instagram, as well as those working with marketing agencies, about the actual value of likes, how the removal of likes isn’t the biggest issue facing influencers on Instagram and life after the platform.

One of the biggest fears for an influencer is that the removal of likes will drastically reduce their income due to brands not reaching out to them based on the number of likes they attract. Karen Civil has 701,000 Instagram at the time of publication after leveraging her social media following to help campaigns for Discover, Beats by Dre, MCM and even 2016 presidential candidate Hillary Clinton. She said 90 percent of her business on Instagram derives from brands reaching out—not for her ability to accumulate likes. “They’re reaching out because of the content I post. It’s inspiring to them and they think their audience will gravitate towards it,” Civil told ONE37pm.

Civil said there had been times when she would choose what to post, depending on how many likes she believed it would attract. But for those influencers decrying the removal of likes due to it potentially reducing the business they receive, the marketing guru has one sure-fire fix: Work harder.

“Now, you may have to do a little bit more legwork,” she said. “Now, these companies may not be reaching out as quickly because they can’t see it and may want some more information. Business is still going to be there, and you have to be proactive instead of just waiting on companies to reach out to you.”

Lissette Calveiro has assessed the value of likes from both sides: as an influencer and from working within agencies on influencer marketing. She's currently the director of influencer marketing at creative network Ogilvy, which has worked on campaigns with major brands KFC, IKEA and Burger King. Her time at Ogilvy followers her almost three-year stint at PR agency Havas Formula. Calveiro is also an influencer herself, with her @lissettecalv Instagram account that has 37,500 followers at the time of publication.

“The website Soulmates.ai is a ticker online that tells you the value of certain social engagements so you can validate estimated ad spend or estimated earned media value. A lot of influencer marketing agencies use that,” Calveiro said. “Likes have such little value these days because they can be easily bought.”

At the time of publication, the value of a like on Soulmates.ai is nine cents. The value of a comment is worth more than 400 times more at $4.19.

Calveiro has become an authority in the influencer marketing industry over the last few years, but her beginnings as an influencer humbled and educated the Florida State University graduate. Six years ago, she saw bloggers traveling around and that content growing their base, so she started to take flights to emulate their lifestyle for content. Between 2013 and 2017, she estimated she spent over $10,000 on these experiences and “doing dumb shit.”

Geetanjali Toronto is the community manager at The Creative Exchange, a social media agency that helps companies run their social accounts and create content for their social media accounts. The agency’s efforts extend beyond posting well-shot product images into renting out a Beverly Hills home for two days of discussions and events centered on women’s empowerment for home beauty brand Completely Bare. Influencers Brittany Sky, Kinya Claiborne and Doralys Britto collectively have nearly 700,000 followers on Instagram and were a few of those who the agency attracted to the event.

“When I am looking for influencers, automatically we would look at likes. But, in general, it doesn’t matter as much as you would think. Someone can get 20,000 likes, but you see the comments and there are only five comments. We see engagement more as leaving a comment than a like,” Toronto told ONE37pm.

If you tell people they can make money by posting pictures and videos, it’s been proven that many will go to any lengths to ensure the money comes in even if their influence dries up. In a 2018 study from influencer marketing platform HYPR, 64 percent of influencers surveyed admitted to buying likes.

“When brands are looking for influencers, some brands will be like, ‘I need you to reach this amount of likes on this post; give this amount of return in likes.’ When you don’t produce those numbers that are when things start getting tricky and they start buying followers, likes and comments. That’s not how it should be,” Toronto said.

The uproar over the removal of likes is a mere whisper compared to the chorus of influencers bemoaning the elusive “Instagram algorithm.” Put simply, the Instagram algorithm is believed to be an undisclosed set of factors that Instagram’s algorithm takes into account when deciding when and where to display your content. In the ancient days of 2012, your Instagram feed was a chronological feed of all the content posted from the accounts you followed. Over the years, the algorithm has changed to have content displayed from different times in the week and sponsored ads disguised as posts appearing in the middle of your feed. Safe to say, everyone hates it.

“That’s what we should care more about. It’s not even about the likes. I see posts on my page three days ago. I just want it in order as it drops,” Civil said. “It’s like turning on your TV and what’s supposed to be programmed on Tuesday is Thursday’s content. It’s confusing. That’s what people should be more frustrated with.”

Ewa Huang is a food and travel influencer who runs her @nom_life account, which has more than 87,000 followers, with her husband Jeromy Kola. Their business is beholden to the Instagram algorithm, with Huang telling ONE37pm 90 percent of her business is dependent on the algorithm. The change to the chronological order of the Instagram feed made her think of posting content on different days when an audience is more engaged as opposed to when the content is created.

In some ways, everyone is trying to chase the algorithm. The Creative Exchange holds weekly review meetings to look into the analytics of their social media content to see what is and isn’t working partly due to the unpredictable and mercurial nature of the Instagram algorithm. “Currently, it seems like engagement all around is down, so we’ve been trying to figure that out,” Toronto said.

Calveiro would chase the algorithm by using certain hashtags and posting content based on when she believed was the time period for optimal engagement. She eventually realized chasing the phantom hand of Instagram was futile. “When I think I’ve figured it out, two weeks later, it changes. I really was like, I’m not going to try to beat Instagram—I’m just going to put out content that matters to me,” she said.

The existential dread over the removal of likes really underscores a larger issue with trying to make a living in the social media age. The amount of money you make driving for the ride-sharing app of your choice could be dependent on how often a machine algorithm matches you with passengers, even if you see people in front of you looking for a ride. The number of brands that work with you could be dependent on how many likes you can get on a post, even though you have thousands of messages of people saying you’re the main reason they purchased a product. Whether it’s the removal of likes or the ever-changing algorithm, the sobering reality of life after Instagram is one influencers may have to begin to accept.

“For us, we’re looking to branch out to other avenues. We’re not trying to leave Instagram but also have other backups in place,” Huang said. “Since the algorithm is not dependent on my own work and it’s not up to my discretion, I think it’s best to always have something as a backup, whether it’s a website, YouTube or whatever. Just to make sure you won’t be SOL [shit outta luck] if Instagram shut down the next day.”