These athletes have made the most of the platform. Here's how they did it. 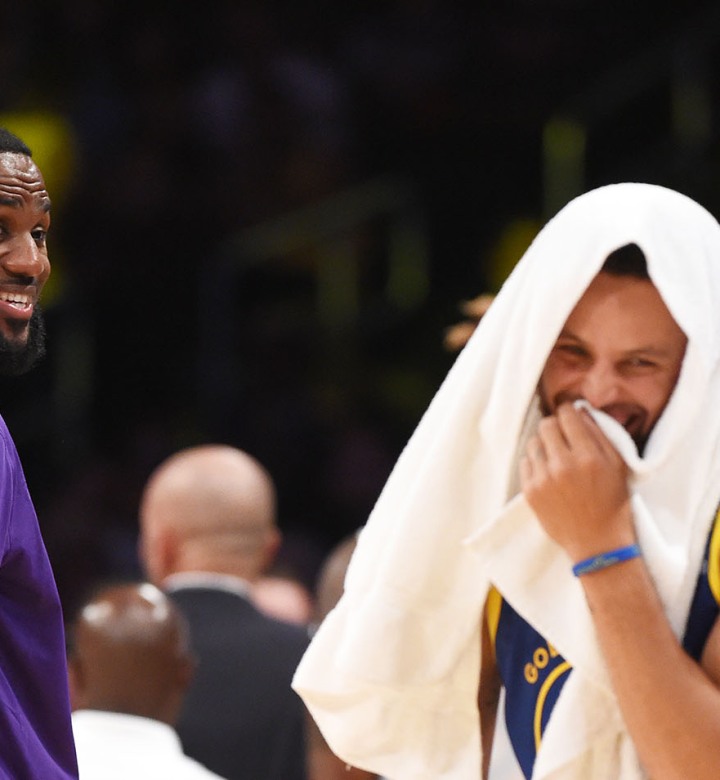 Instagram and the NBA were a match made in heaven. One billion people use Instagram monthly and 63 percent of Instagram users log in at least once a day, according to Hootsuite. The NBA has always maintained an emphasis on building superstars and individual personalities. Instagram is perfect for establishing a platform for players to express themselves through their off-the-court interests.

Some players have been able to develop their own communities and connect with fans on a macro level. Whether it’s starting a business, selling a product or giving back through philanthropic efforts, here are the five most influential players on Instagram.

There wasn’t a social media moment that encapsulated LeBron James’s influence on Instagram better than Taco Tuesday. Simply explained, James used a weekly family tradition of consuming tacos… on a Tuesday. The ritual became such a sensation on Instagram Stories, that James attempted to trademark the phrase. Custom shirts also became available soon after.

Besides his affinity for tacos, James has utilized Instagram to showcase his side passions, such as the I PROMISE School he started in his hometown of Akron, Ohio. From his IG Stories about what artists he’s vibing with, to his ventures into media properties like Uninterrupted and The Shop, James offers up a variety of content.

There aren’t many players in any sport with the pull that Curry has. With 27.4 million followers, Curry is the NBA’s second most followed player behind LeBron James. Curry’s business partnerships are the first thing you see when you head to his page. In his bio section, a Rakuten link is present, signifying his partnership with the e-commerce company.

When he’s not showcasing his side passion and love for golf, the father of three is showcasing new colorways of his latest signature Under Armour Curry release, his dive into building his investment portfolio and his family endeavors.

Lillard has the most diverse array of interests of any NBA player. A rapper with three album releases, Lillard utilized his Instagram this summer to promote his latest effort Big D.O.L.L.A. He also created some major moments this offseason when he shut down peers Marvin Bagley and Shaquille O’Neal with diss tracks.

Lillard started #4BarFriday, where he’s cultivated an online community of rap freestylers. When Lillard is not posting about the most recent Blazer win or latest four bars, he’s featuring the latest player exclusive of his signature shoe with adidas, or showing love to family or a teammate.

The NBA’s overlord of style, Russell Westbrook is practically the sole reason that we care about pregame arena entrance fashion choices. The eight-time All-Star has new digs with the Houston Rockets, and now faces some fashion competition with teammates James Harden and P.J. Tucker. Westbrook is still expected to light up the league literally and figuratively with his eclectic sartorial decisions. Westbrook has also turned into quite the philanthropist, helping the youth through his Why Not? Foundation.

Chris Paul might not be racking up the same accolades or be in the discussion for the greatest point guard in the NBA like he was in his prime, but his voice and impact off the court are as critical as ever. At 34, Paul is an elder statesman in the league and more importantly, the president of the NBA Players Association.

A signature brand athlete with the Jordan brand, Paul showcases exclusives and rare shoes that no one else is wearing. Besides the heat, Paul has found himself in multiple NBA communities. You can expect Banana Boat Crew posts, but Paul also has built his own basketball community through TeamCP3 Elite Youth Basketball. There are ten players currently in the NBA that played for TeamCP3.