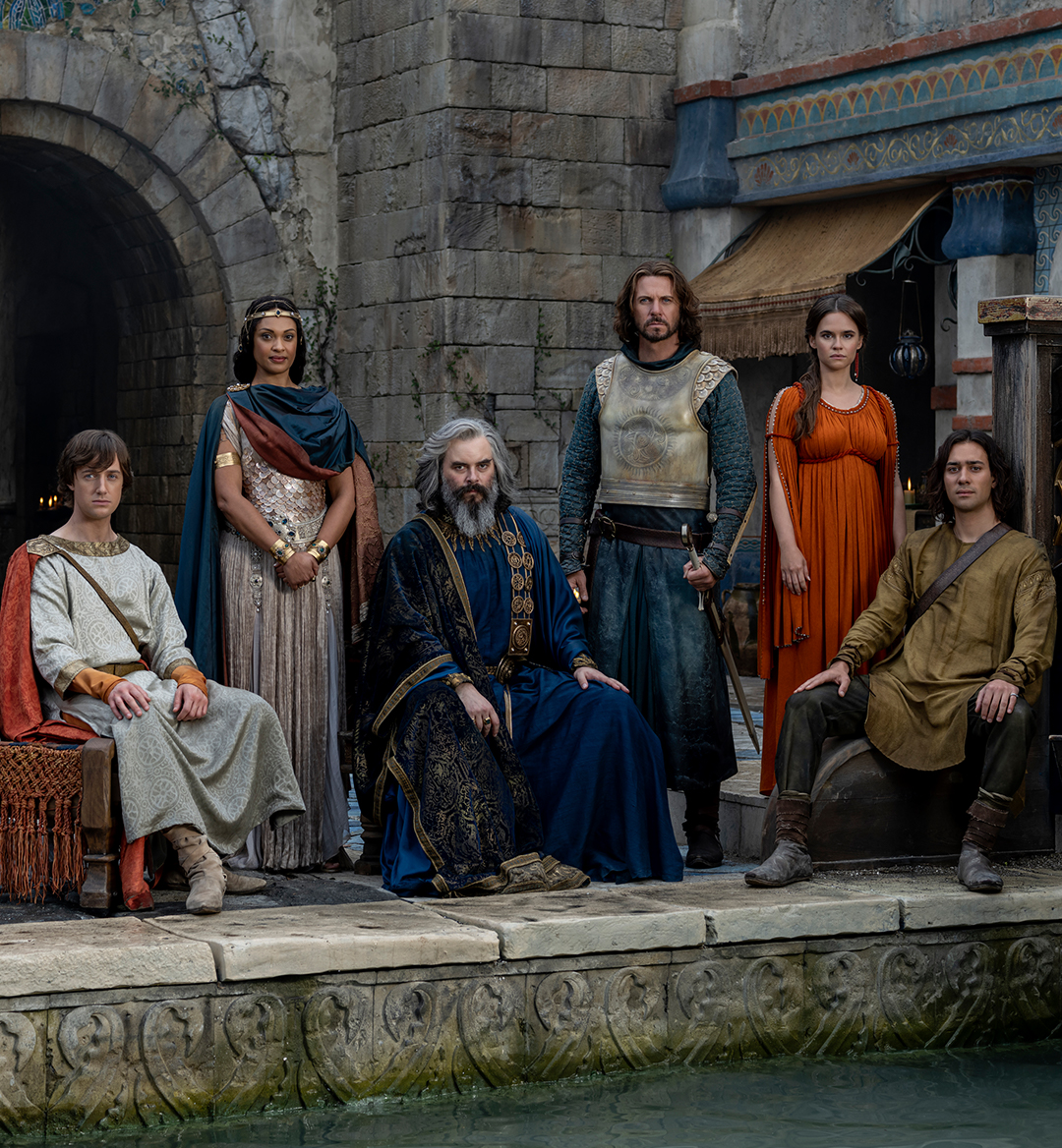 For a series we've waited this long for, and with an unimaginable budget of $465 million, all I'm saying is that this show better be solid.

The Lord of the Rings: The Rings of Power is set to premiere on September 1 at 9 p.m. EST on Prime Video, the first of the show's five-season production commitment under a full series budget of more than $1 billion. Given that the series takes place thousands of years prior to The Hobbit and The Lord of the Rings, there are only a few characters who we've actually met in the films present in this show. The others have either been left out, created just for the show, or were only mentioned in conversation, meaning that the bulk of the characters we're meeting will be fairly new to us.

J.R.R. Tolkien was notorious for having tons of characters to keep track of in his stories, so in a way to help ease the transition into a new cast, we've compiled the 10 major Lord of the Rings characters from the new series. 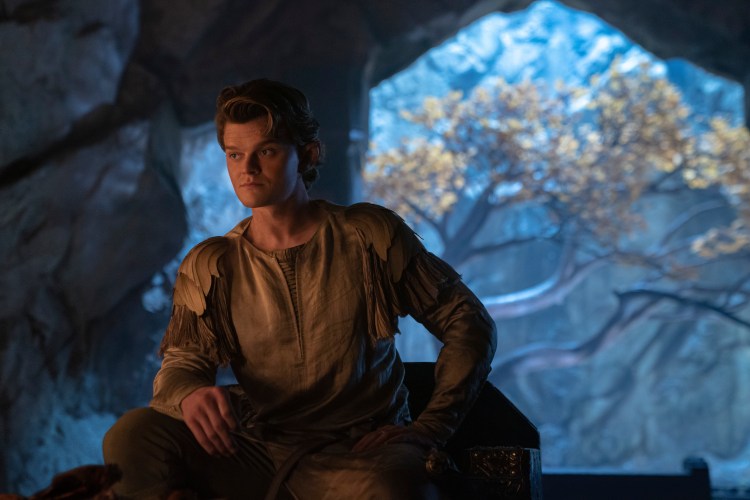 Elrond has been present in every iteration of J.R.R. Tolkien's universe, from the original books of The Hobbit and The Lord of the Rings to the film versions of both, where Hugo Weaving played him. This time in The Lord of the Rings: The Rings of Power, we encounter Elrond (Robert Aramayo) as a much younger version of himself before becoming the master of Rivendell that we know and love.

Isildur (Maxim Baldry) might be the most iconic of the bunch, as he's partially responsible for starting this whole Lord of the Rings mess. Okay, okay, I'm being a little dramatic, but he is responsible for taking the master ring for himself instead of destroying it, which ultimately led to Gollum finding it, setting off an earth-shattering chain of events that comprised The Lord of the Rings. In this series, we see him in his early days as a Númenórean sailor, allowing us to track how he ended up as the king we ultimately knew him as.

Originally portrayed by Cate Blanchett in The Lord of the Rings trilogy, Galadriel appears again in Prime Video's original series. This time played by Morfydd Clark, Galadriel is an Elven fighter, and though young during the period that this show is set in, she's already proven herself on the battlefield. Throughout the entire series, we'll be tracking Galadriel as she makes her way up the ranks and establishes herself as a major figure in Middle Earth. 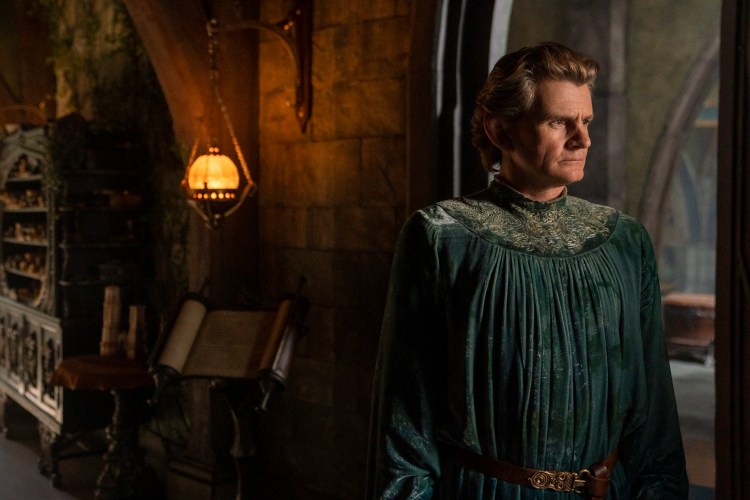 Actually, this whole ring mess might actually not totally be Isildur's fault, after all, as Celebrimbor is the one responsible for physically constructing the Rings of Power. Portrayed by Charles Edwards, the character is a talented Elven blacksmith who physically forges the rings and is well-known around the area for his fine craft and care for details. 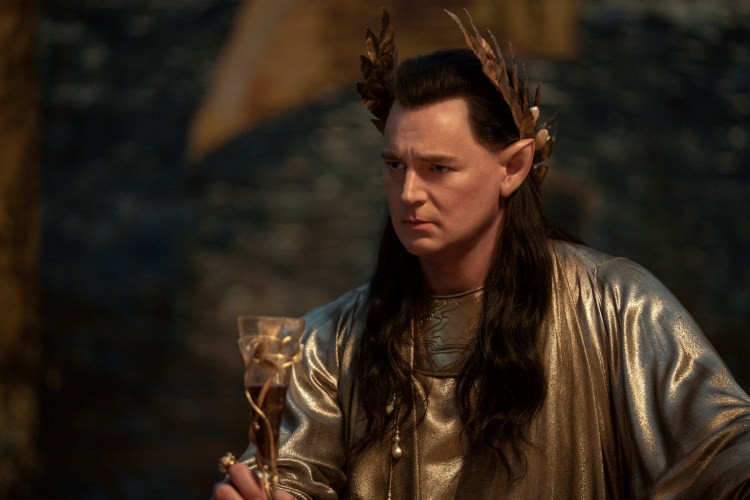 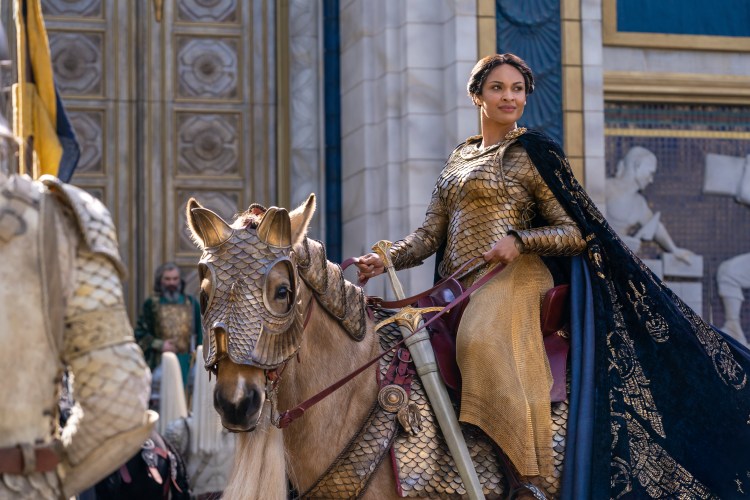 Queen Regent Míriel is set to play a key role in the series as she's the Queen Regent of Númenor, which means she'll most likely be interacting a great deal with Elrond, as the land was owned by his half-brother, Elros. Played by Cynthia Addai-Robinson, Míriel is surrounded by a capable staff at all times, including Pharazôn, one of her cousins and closest advisors. 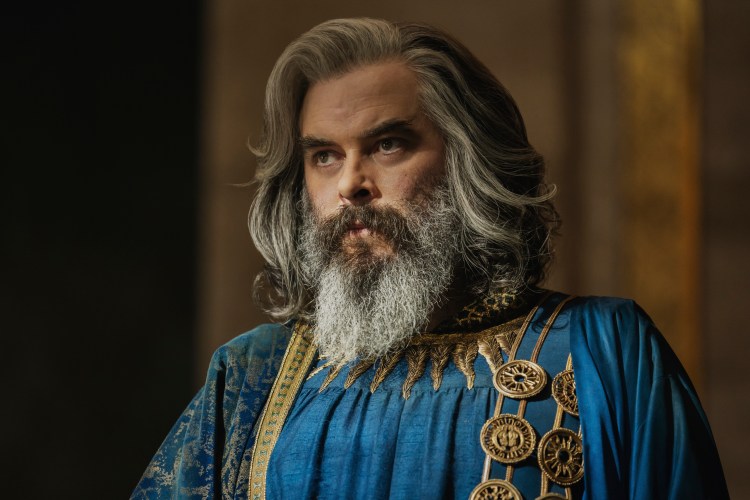 While Pharazôn is currently an advisor to Queen Regent Míriel, he eventually becomes the last king of the land of Númenor, which the series will most likely explore later down the line. Portrayed by Trystan Gravelle, Pharazôn has known Míriel for quite some time, being that the two are cousins, and with an extreme love for the kingdom that he serves, he's well-known among the townspeople. While he's just an advisor right now, Pharazôn will definitely shape up to be one of the lead Lord of the Rings characters from the series. 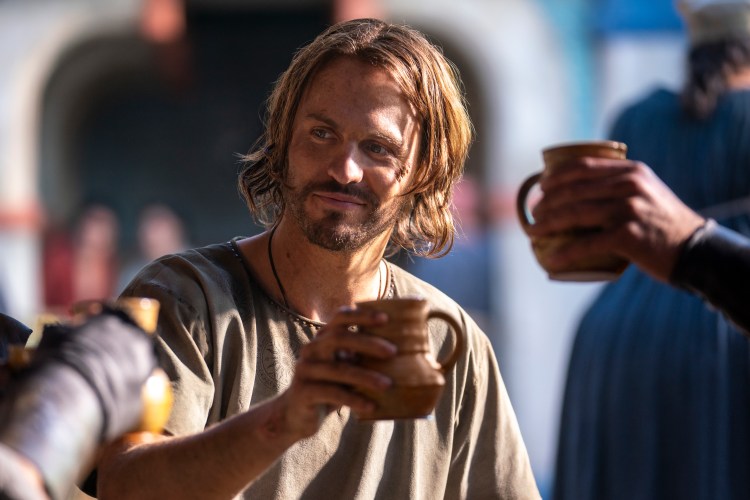 Charlie Vickers portrays the common human named Halbrand, a completely new character created for the series. All that we know so far about Halbrand is that he's looking to create a new life for himself and that somehow, his life becomes connected with Galadriel's.

Another character created just for the show, Arondir (Ismael Cruz Córdova), is an Elven fighter who's in love with Bronwyn (Nazanin Boniadi), a healer. Aside from that, there's little known about the character as of right now.

The fourth in line of a group of kings of the same name, Prince Durin IV (Owain Arthur), is the Dwarven prince of Khazad-dûm. The bridge of Khazad-dûm, you may remember, is where Gandalf will one day make his famous stand against a Balrog.

At one point, he possessed the Ring of Thrór, one of the Rings of Power that was the most important of all the Dwarven rings.