Mark Cuban Talks With ONE37pm About The National Anthem, New Ventures, And More 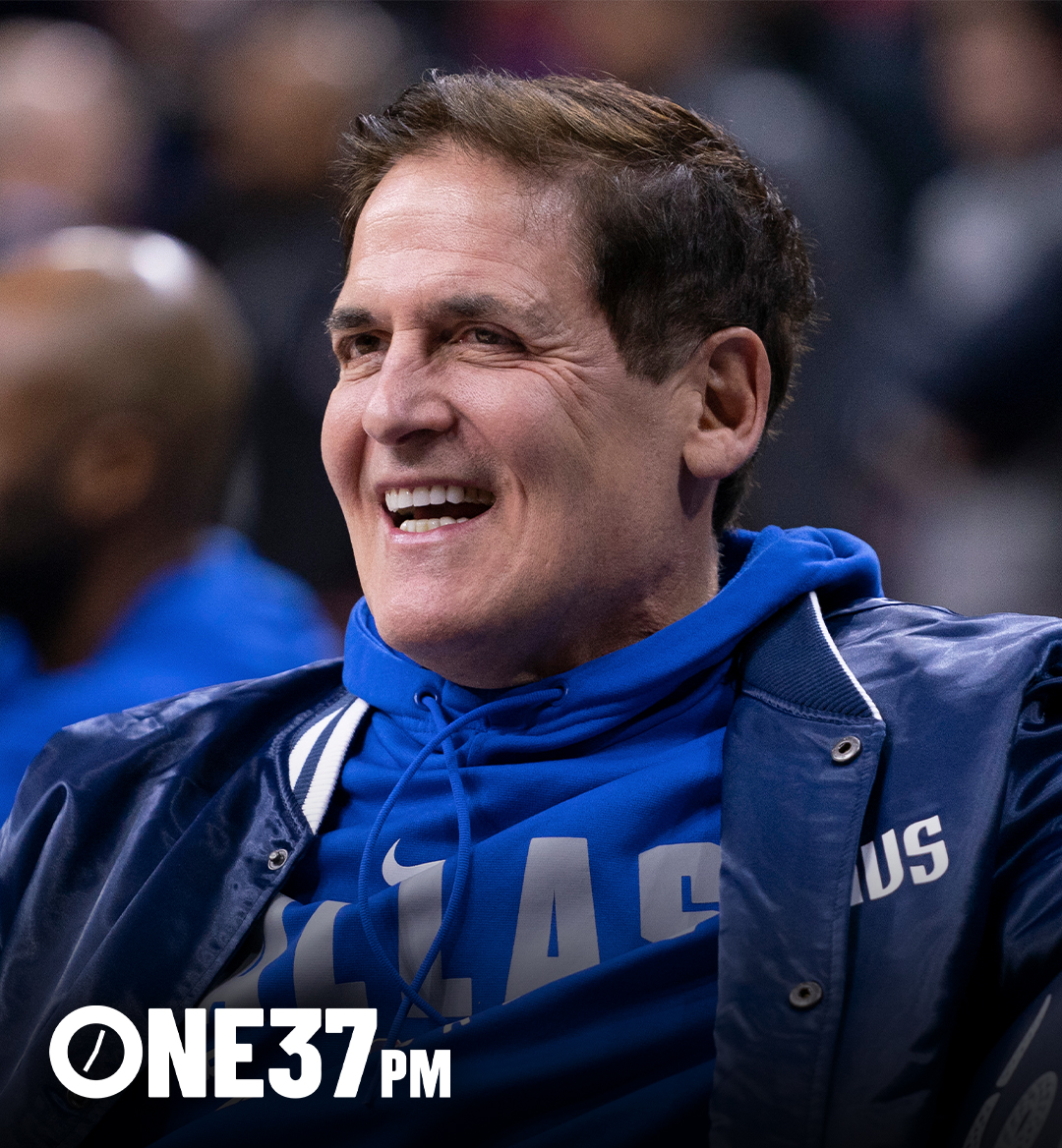 During the week of February 9th, Mark Cuban made headlines after a story was released by The Athletic revealing that the Dallas Mavericks were not playing the national anthem before home games and didn’t plan to move forward.

"It was my decision, and I made it in November," Cuban told Marc Stein of the NYT.

Cuban’s actions caused the NBA to release a statement on the matter, which read:

"With NBA teams now in the process of welcoming fans back into their arenas, all teams will play the national anthem in keeping with longstanding league policy," said NBA Chief Communications Officer Mike Bass.

Not one to take things sitting down, Cuban issued a response::

"We respect and always have respected the passion people have for the anthem and our country. I have always stood for the anthem with the hand over my heart — no matter where I hear it played. But we also hear the voices of those who do not feel the anthem represents them. We feel they also need to be respected and heard because they have not been heard. The hope is that those who feel passionate about the anthem being played will be just as passionate in listening to those who do not feel it represents them."

Cuban spoke with ONE37pm to discuss his new partnership, his thoughts on TikTok, and if his stance on playing the Anthem had changed  following the blowback.

ONE37pm: A week later, how do you feel about your stance on the anthem?

Mark Cuban: Nothing has changed. There are a couple of things, and I am a national anthem guy. That is just the way I was raised, and it is a habit more than anything else. And over time, I have learned that not everyone looks at the national anthem the way I do. When that starts happening, you start doing your homework, and you read about Francis Scott Key, the second, third, and fourth verses; and, understandably, there is a reference to free men, slaves, and you can see how it makes people uncomfortable. With that being said, people have habits, and for me, for 20 years with the Mavs, I would be out there [on the floor] or even in my office bunker; I would stand and put my hand over my heart. During the anthem the stands were not full, people walked around on the concourse, and I did see their response to the anthem; some stopped, but most didn't. And it is not important to them that they are on time for it. It is not important to stop on the concourse. For some, they will not stop and put a beer down, while some won’t even take their hats off. That always bothered me; if this was so important to us, and it is to me. My dad was military and fought in two wars, and was wounded. My uncle was in the Air Force and fought in two wars. If it was so important, then why do we disrespect it like that? It always bothered me, and then over the last couple of years, The anthem has gotten weaponized, and certain people felt their form of patriotism was the only form of patriotism. If you didn’t do it their way, you are not patriotic, and you didn’t love this country, and to me, that was wrong. There is no one way to love this country other than the definition of liberty.

You get to love this country or not. I truly believe 99.99 percent love this country; there are no ifs and about it. Some don’t, but 99.99 percent do. There are people now that feel like their way of honoring our amazing country is the only way. They try to weaponize it, and we saw that with our players. So, going into the season, they had come out of the bubble where there were many messages and emotions. I was like, one: people don’t fully respect it initially, which really bothered me; two: everybody watched what people did with the anthem in those first couple of games; three: we weren’t going to have fans, so let’s see what happens if we didn’t play it. That is actually what I did, and after the lineup, I went over to our PR guy Scooter and said, ``Has anybody said anything? Not a word. “Did you tell the other team  and their media what was going on?” Told everybody, not a word, and it continued until the 13th game. A reporter said something, and then that’s when everybody found out. It was never going to be a situation where we weren’t going to play the anthem. It wasn’t a situation where I was against playing it. It was more of a situation where let’s see what happens.

The Mavericks host an event called Seats for Soldiers every year except for Covid. We celebrate more than 100 wounded service members from Brooke Army Medical Center in San Antonio and veterans from the Adaptive Training Foundation, and reserve troops from the Dallas/Fort Worth area.

ONE37pm: It was recently announced that you partnered with a company by the name of Fireside. Can you share with our audience what the company entails?

Cuban: It’s called FireSide Chat, and it is not going to be out for a couple of months, but effectively it’s podcasting 2.0, and what it says is, if you go to a conference, and you sit down, there is a moderator people asking questions or a keynote speaker then they open it up for questions. We will enable that using audio, and you can invite whoever you want to your keynote or podcast. You will be able to take questions from them, interact with them, and they will have the features applaud and make noise to get feedback, but they will also be able to tip you, and you will also be able to save it. Clubhouse is meant to be in the moment, and that’s great, but with FireSide Chat, you will be able to have that entire conversation and then save it. So, people can download it and listen to the whole thing. That is what I think is missing as much as anything. So, you want that interaction, and you want it to live forever. Instead of it being in one spot like Clubhouse is.

I think @tiktok_us has a lot of applications for a whole other distribution of content, says @mcuban

Mark Cuban can see @NBA delivering the games in a Tik Tok presentation. For example, presenting nothing about @luka7doncic videos.

ONE37pm: What are your thoughts on TikTok?

Cuban: I think the cool part about being a tech geek I look at the tech side, and I think it has many other content applications. In traditional social media, it is driven by advertisement first. It used to be about who you follow and follow somebody. It would be in chronological order. Then artificial intelligence started jumping in like Facebook. They will optimize for what you like to hear but maximize their ad revenue, wherewith TikTok doesn’t appear in any way that it is an ad maximization strategy. It looks like it showcases more of those videos, even if it is not someone you follow. So, I watch a lot of basketball highlights, and so does my son. He also likes to watch business-related stuff, which is crazy for an 11-year-old. So, his feed is different from mine, which is different from my daughter, who knows every dance, but they get a separate feed. I have shared with the NBA that kids might not sit and watch an entire game. So, we might have to deliver our games more like a Tik Tok presentation. Where instead of the entire game, if it is someone that likes dunks? Then every dunk is coming from the Mavs versus the Blazers. If somebody likes Luka, every possession with Luka is coming nonstop, and so on.

The Dallas Mavericks owner and Shark Tank star finished the interview by sharing that he was excited for things to come in the tech space.

Cuban has never been one to shy away from sharing his thoughts, regardless of the topic, and it’s clear that he has a strong opinion on the National Anthem. Whether you agree with him or not is another issue, but it’s safe to say that Cuban is going to speak his mind, and we’re here for it.