The 8 Best Fight Scenes in the MCU, Ranked 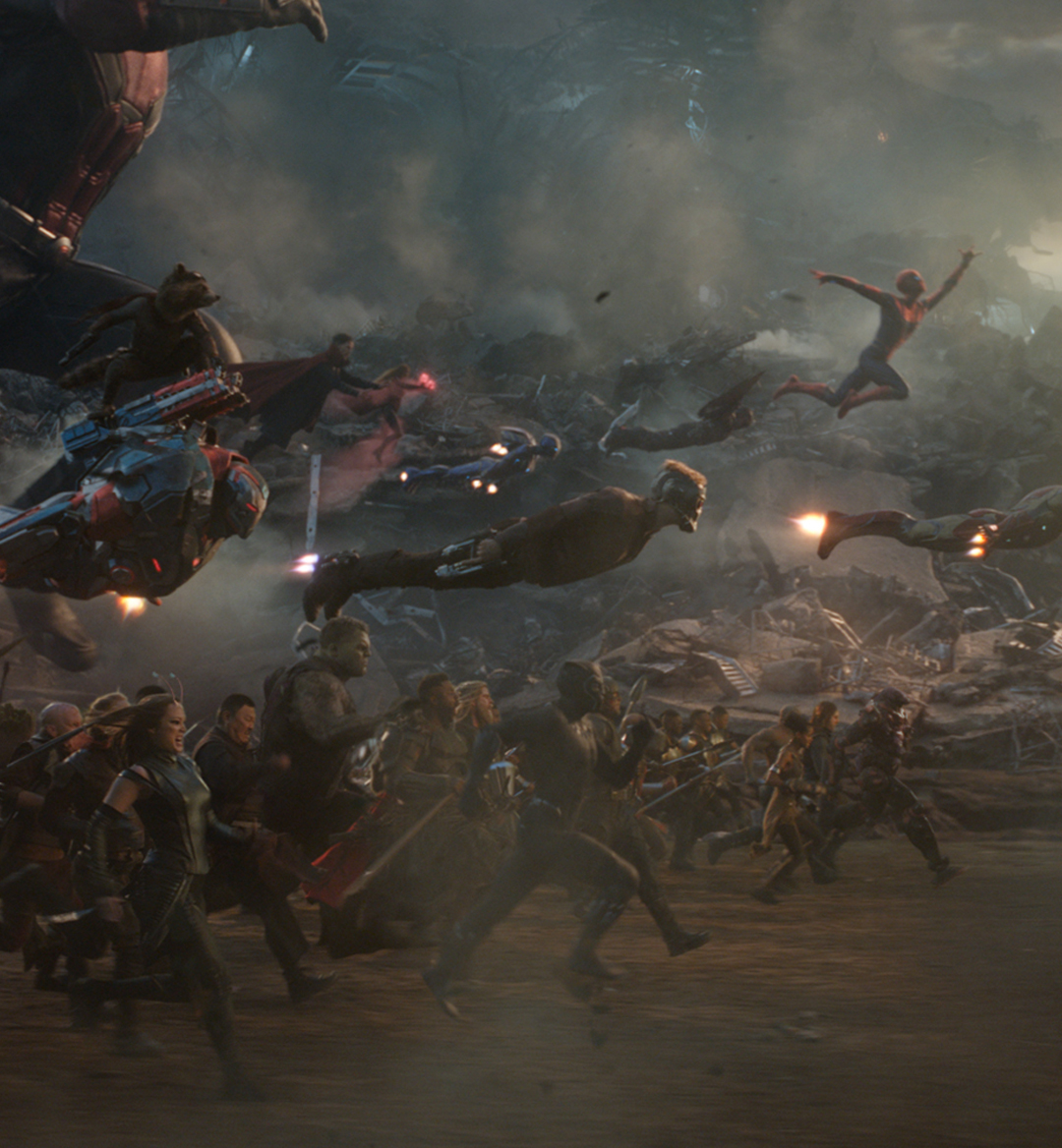 Since the advent of the superhero genre, fight scenes have remained the crux of what draws people into the movie theater. And nobody does fight scenes better than the Marvel Cinematic Universe.

As the franchise has grown and the movies have gotten bigger, the fight scenes have, naturally, followed suit. We’ve gone from watching Iron Man take on the Iron Monger in Iron Man to seeing every single hero assembled on the same screen all at once to take down the Mad Titan Thanos. It is a narrative progression, as well as a technical one, that we are all lucky to have had a chance to witness. The battles are bigger, more explosive, and more eye-popping and they’re guaranteed to sell tickets.

Even as the MCU’s action scenes have grown in scale, they have managed to maintain an emotional impact that few franchises are able to duplicate. As the franchise has moved forward and the stories have evolved, the writers have been able to expertly weave action and storytelling together to ensure these scenes pack a punch (no pun intended).

With that, we’ve picked the action scenes from the Marvel Cinematic Universe that stand above the rest.

8. The Fight for Asgard in ‘Thor: Ragnarok’

Until Thor: Ragnarok, the God of Thunder had a rough go of it when it came to solo movies. His first two movies, Thor and Thor: The Dark World, are consistently ranked on the lower end of the spectrum when it comes to overall MCU films. However, that all changed with Thor: Ragnarok.

Over the course of the movie, Thor finds himself marooned on a mysterious planet, while his sister Hela, the Goddess of Death, conquers Asgard with the help of an undead army. Thor escapes the planet along with his brother, Loki, and then the Hulk, along with new allies Valkyrie, Korg, and Miek, joins with Heimdall to take on Hela and her forces to save Asgard.

At long last, Thor realizes his true power and in a moment that made fans of the MCU stand and cheer, Thor decimates Hela’s soldiers while Led Zeppelin’s “Immigrant Song” narrates the action. Meanwhile, the Hulk is in the middle of a duel with Hela’s pet, a giant wolf.

Upon realizing that even with this new power he cannot defeat Hela, Thor and Loki are forced to literally cause Ragnarok and in perhaps the most metal scene in Marvel history, call forth the giant demon Surtur to destroy Asgard, robbing Hela of her power and saving the day.

Avengers: Infinity War was what literally everything in the MCU had been building toward. Well, part one at least.

Attempting to stop Thanos’s forces from capturing one of the Infinity Stones that is powering the android Vision, many of the world’s greatest heroes gather in Wakanda to protect their fellow Avenger at all costs. What follows is a battle of epic proportions, with heroes like Captain America, Black Panther, Black Widow, and numerous others fighting for their lives in what looks like a futile effort against a seemingly endless horde of enemies.

Thankfully, Thor, along with Groot and Rocket Raccoon, arrives in the nick of time to provide some much-needed backup. The Avengers, as well as the armies of Wakanda, rally to beat back Thanos’s army.

This battle is essentially nonstop action that keeps you at the edge of your seat. It’s made tenser by the very real fact that some of our favorite heroes could die, given this movie is a conclusion to many character arcs.

Unfortunately, it was all in vain, as Thanos himself arrives to capture the final stone and, in what is now an iconic moment in pop culture, snap half of all living things out of existence.

In what would become just one of many action scenes to cement their place as the best directors in the MCU, the Russo Brothers oversaw one of the most technically impressive fights in the entirety of the Marvel franchise.

It is the emotional crux of the story, with Rogers attempting to stop Hydra from murdering millions as well as save his best friend from a lifetime of servitude to an evil organization, and he eventually does just that. Bucky goes on to become an extremely valuable ally to the Avengers, but the finale to Captain America: The Winter Soldier is not the last time Steve and his friend are forced to fight each other.

5. The Battle of New York in ‘The Avengers’

In the sequence that proves this whole “shared universe” thing is actually possible, the Battle of New York, pitting the Avengers against Loki and his army, is a pure spectacle. Iron Man flies through the skies of Manhattan as Hawkeye fires arrows, Thor calls down the lightning, Captain America and Black Widow fight hand to hand, and Hulk...well, smashes.

This battle is what everyone who bought a ticket in 2012 was waiting for, the moment when the Avengers finally assemble to take on a threat too big for any of them to conquer alone. Ending with Iron Man carrying a nuclear bomb that threatens to destroy New York City through a wormhole in time and space, the Battle of New York is an adrenaline rush from start to finish.

The true highlight of this entire fight is the one-shot, which despite being filmed almost entirely on green screen, showcases all six Avengers doing battle in one long continuous shot. It also features groups of the Avengers teaming up, with Iron Man firing his lasers off Cap’s shield, and Thor and the Hulk fighting off numerous enemies on the back of a gigantic alien.

Not to mention, it contains the now-iconic “circle up” shot, where all six of the original Avengers line up, ready to fight and save the day.

Captain America: Civil War, the third movie in the Captain America trilogy, serves two purposes. One, it helps set up the reason that the Avengers are split up at the beginning of Avengers: Infinity War, and two, it tells a self-contained, emotional story that further develops the characters of Captain America, the Winter Soldier, and Iron Man. While the movie could be described as essentially Avengers 2.5 given the cast size, it’s very much a Captain America story.

Following the signing of the Sokovia Accords, which require the Avengers to fall under the jurisdiction of the United Nations, the team is split. One faction, led by Iron Man, is in support of oversight, which the other, led by Captain America, is very much against it. The “war” culminates in a showdown at the Berlin Airport, leading to a battle that takes its place as one of the best in the entire MCU.

Captain America fights Iron Man, Spider-Man, and Black Panther. Ant-Man becomes Giant-Man. The Scarlet Witch has a showdown with Vision and War Machine. Need I say more? It is a testament to the direction of the Russo Brothers that they were able to pull off such a feat and treat us to the visual spectacle that is this fight.

One of, if not the most emotionally compelling fights in the entire MCU, is without a doubt the final fight of Civil War. Iron Man learns that Bucky, under the control of Hydra, was responsible for the death of his parents.

In one of the more poignant moments (well, as poignant as one can have when a man in a robotic suit is attacking an assassin with a metal arm), Iron Man asks, “Do you even remember them?” Bucky responds, “I remember all of them.” Bucky is the definition of a tortured soul, one that has been forced to commit horrific acts against his will, and the impact it’s had on him is driven home with a single line.

The Battle of Titan, where half the Avengers and half the Guardians of the Galaxy first do battle with Thanos, is a testament to the writing and directing of Avengers: Infinity War. Beginning with Thanos, fresh off securing the Soul Stone, having a conversation with Dr. Strange, the Mad Titan explains his motive behind trying to commit universal genocide.

“With all six stones, I could simply snap my fingers and it would all cease to exist. I call that...mercy,” Thanos explains. Needless to say, things devolve from there, with the Avengers and Guardians springing their trap to defeat him.

In a moment that had Marvel fans geeking out (the Guardians of the Galaxy and Avengers were finally on the same screen together!), Iron Man, Dr. Strange, Spider-Man, and the Guardians try their hardest to get the Infinity Stones but ultimately come up short.

This battle is the first time where Thanos’s power with the Infinity Stones is truly demonstrated. If for some reason you thought he wasn’t all that powerful, Thanos throws a freaking moon at Iron Man. Yes, a moon.

Lesson learned, ladies and gentlemen: Don’t mess with a Mad Titan in control of the objects that literally control the universe.

In a ranking that should surprise no one, the final battle of Avengers: Endgame, taking place at the destroyed Avengers facility in New York, sits firmly at the number one spot and is the best battle in the entirety of the MCU.

Everything leads to this moment: The Avengers literally travel through time in order to bring half the universe back to life. True to form, however, Thanos shows up with all his armies to decimate the Avengers headquarters to secure the Infinity Stones again. Only this time, he plans to destroy the entire universe and create a new one with him as, essentially, God.

What follows is the moment every Marvel fan waited ten years to see: Every single Avenger, the Guardians of the Galaxy and the armies of their allies arrive, via Dr. Strange portals, to stop Thanos from accomplishing his goal. A 40-minute battle ensues, with all these moments happening:

It’s a battle that was a long time coming and one we couldn’t wait to see, and it certainly lived up to the hype and served as the perfect action-packed finale to the film.

Related: Everything You Need to Know About the MCU’s Future After Comic-Con 2019

Related: 4 Best Theories About the Future of the MCU After ‘Spider-Man: Far From Home’