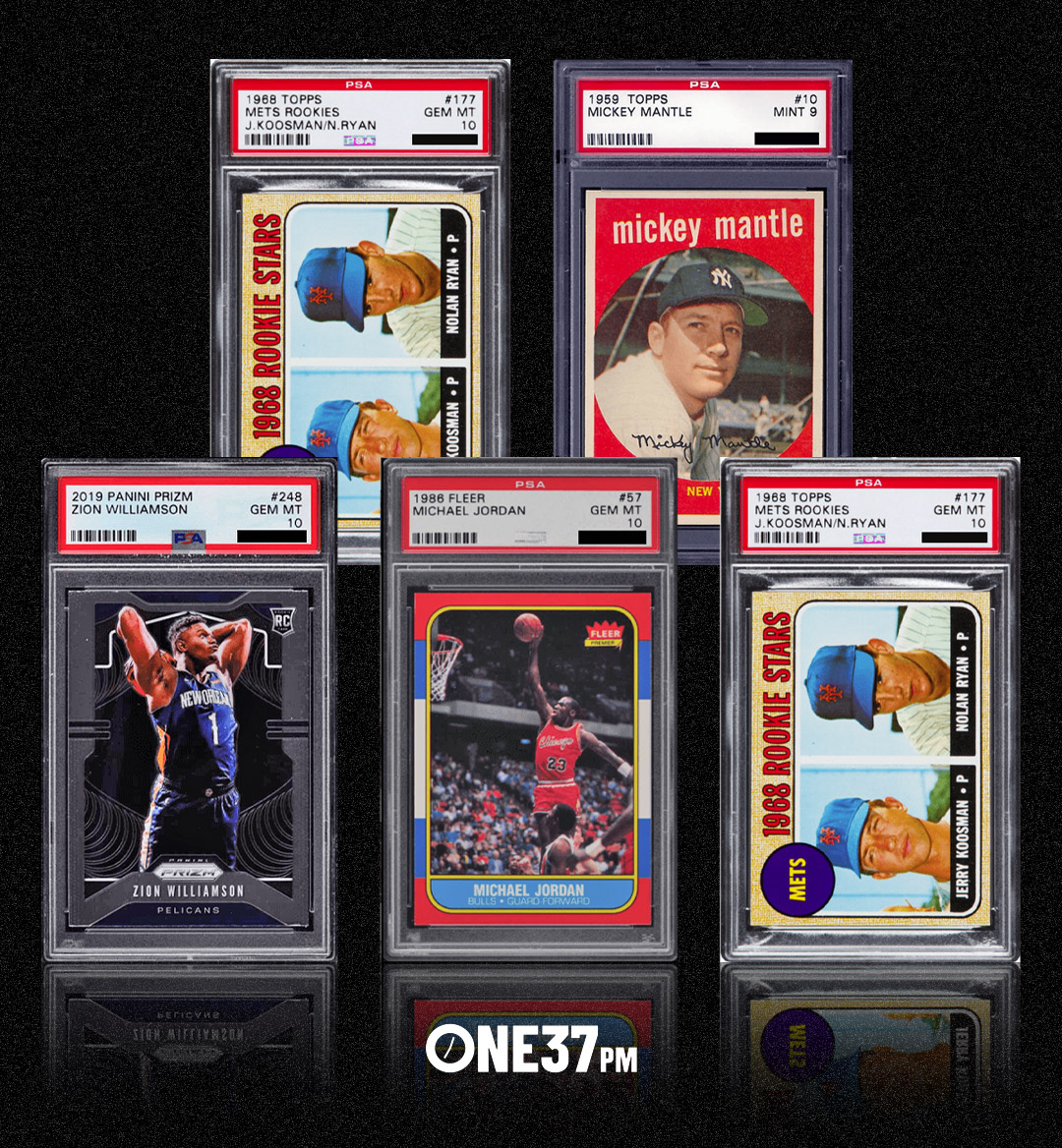 For the past few years, people in the hobby have been debating whether or not we are in a second junk wax era. The sports card market has been booming for a few years now and there was no shortage of record multi-million dollar card sales in 2021.

Despite the record sales, it’s in the back collector’s minds that card companies are producing an outsized supply in the midst of a sports card explosion, reminiscent of the 1987–1994 junk wax era.

Demand couldn’t keep up with the supply, and once people found out just how many cards were printed, card companies almost went bankrupt and ruined the hobby.

With the help of our friends at GemRate, who provide awesome grading data for sports card sets and cards, we’re going to break down the highest grade card sets by PSA, their gem rate (likelihood of getting a PSA 10 grade), the highest-graded card in the set, and the gem rate of that card. 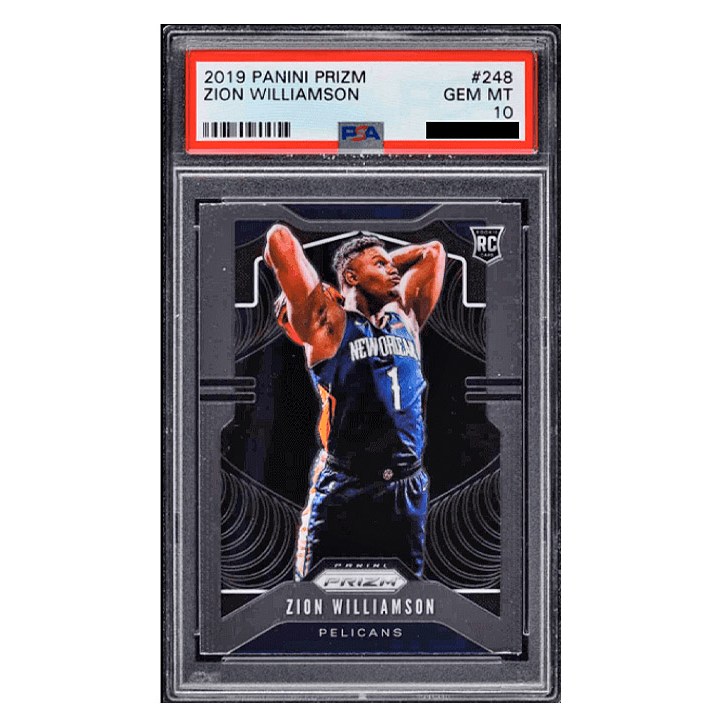 Luka Doncic and Trae Young helped fuel plenty of hobby hype, but Zion Williamson was one of the most hyped rookies to enter the NBA a year later after just 1 season at Duke. Unfortunately, Zion, and his rookie cards, have fallen into the bust category after injuries and the hype dying down.

It was feared that this product would be overproduced, and it turns out it has 50% more supply than the second-highest graded set on this list.

It’s likely that this set will continue to grow in graded population as PSA catches up on its backlog of orders. 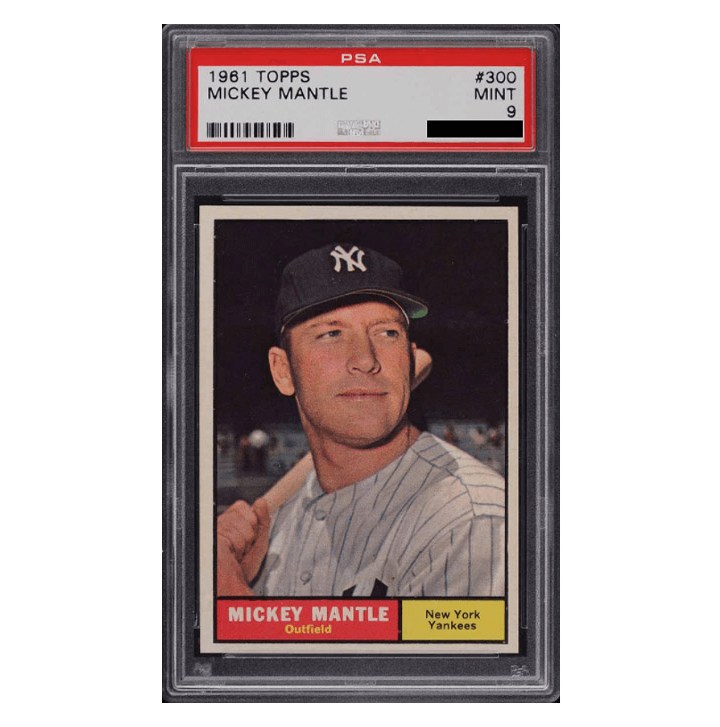 The second set comes as a bit of surprise because (like most other sets on this list) it is not from the junk wax era. While some individual junk wax era cards are the most graded of all time, the general market does not submit those cards for grading at the same rates as other products.

The most popular and highest graded card in the set is the #300 Mickey Mantle, which received just 2 gems out of 8,321 cards submitted. According to Cardladder, the last sale of the PSA 9 1961 Topps Mickey Mantle was for $41,490. Mantle cards fetch significant value on the market, and this particular copy is able to hold value because the gem rate is so low despite a large population. 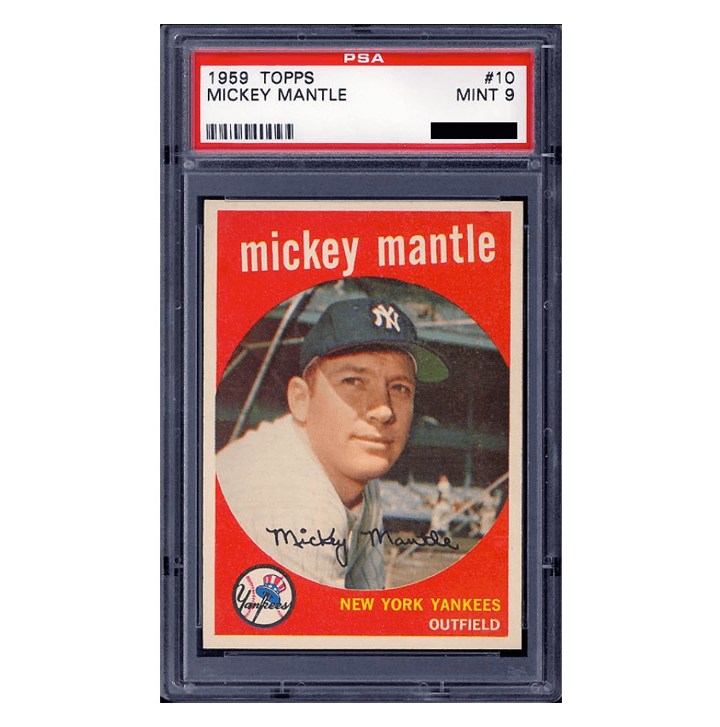 According to Cardladder, the PSA 9 (pop 25) copy of this Mantle card last sold for $98,560 again proving that a card that is rare due to its condition can hold significant value in the marketplace. In the 50s and 60s, Topps released a lot of baseball cards, but PSA wasn’t created until 1991 so cards sat for decades at the mercy of deteriorating conditions.

It’s fascinating to think how many more PSA 9 and PSA 10s would be in the market today if a grading service existed back then, and how it would impact the eye-popping values of these cards today. 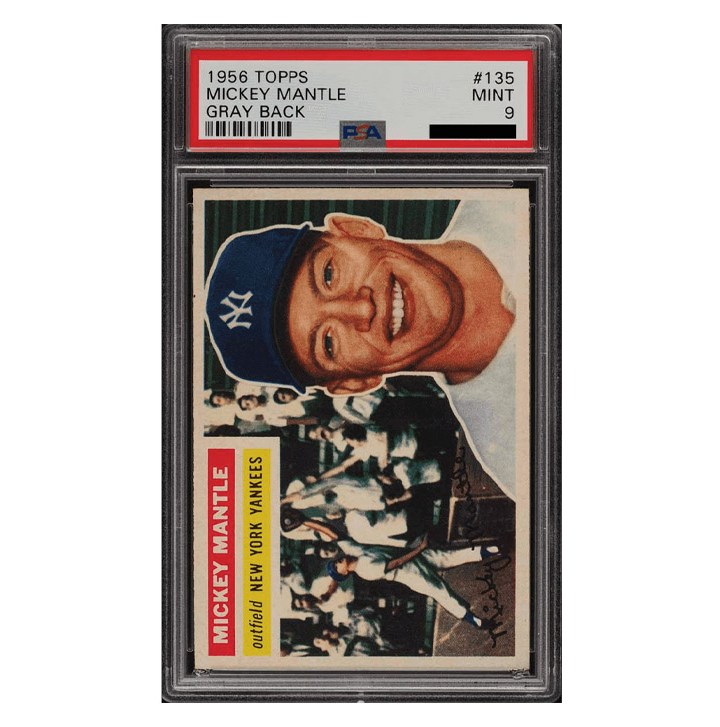 The lack of a grading company (and lack of quality assurance by Topps), and the legacy of Mantle formed a perfect storm where just about every high-grade Mantle card is worth significant sums of money. 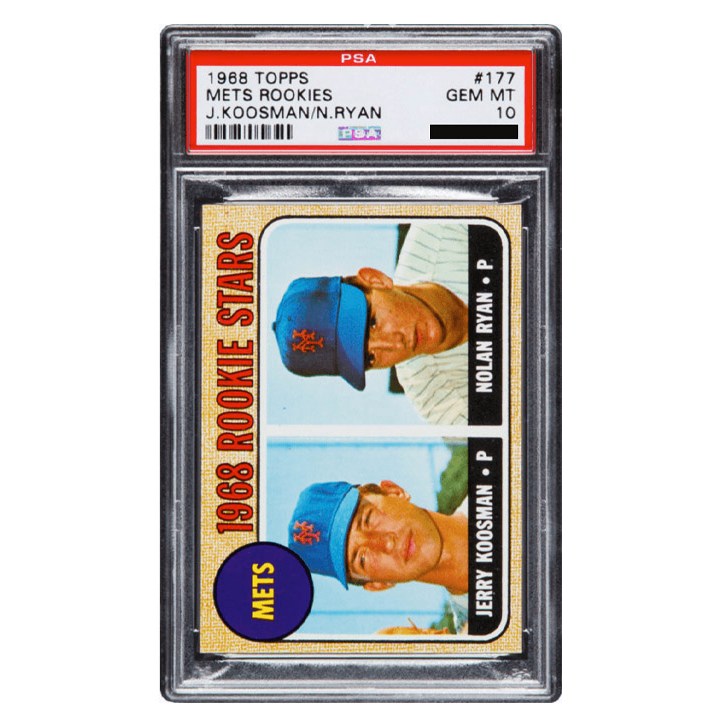 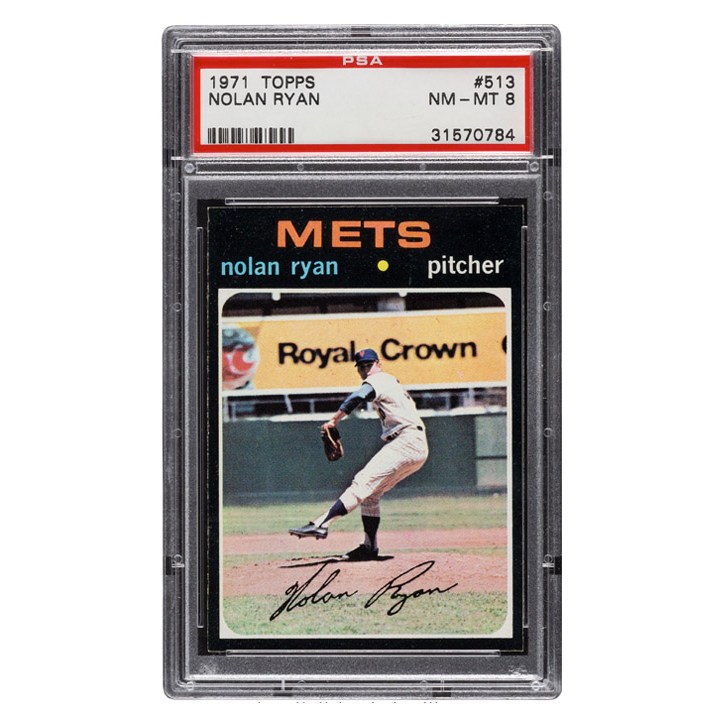 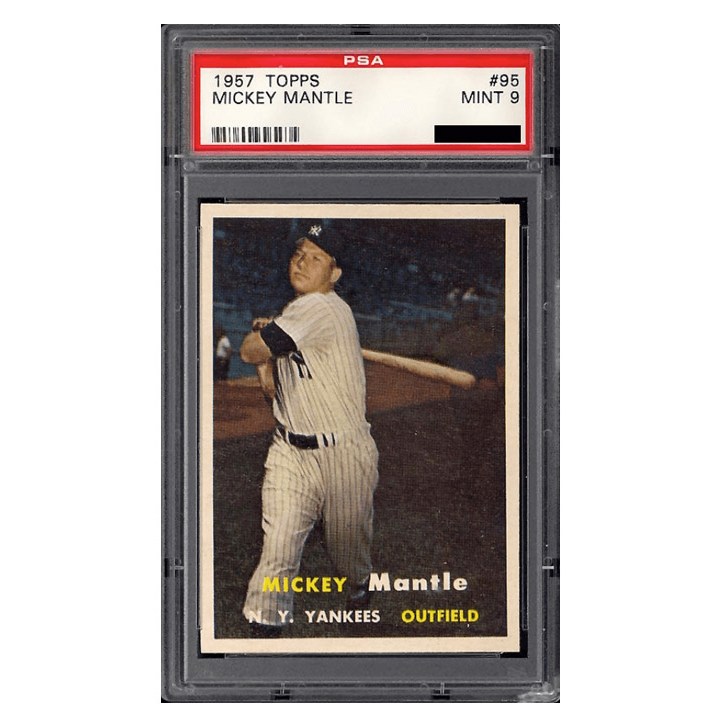 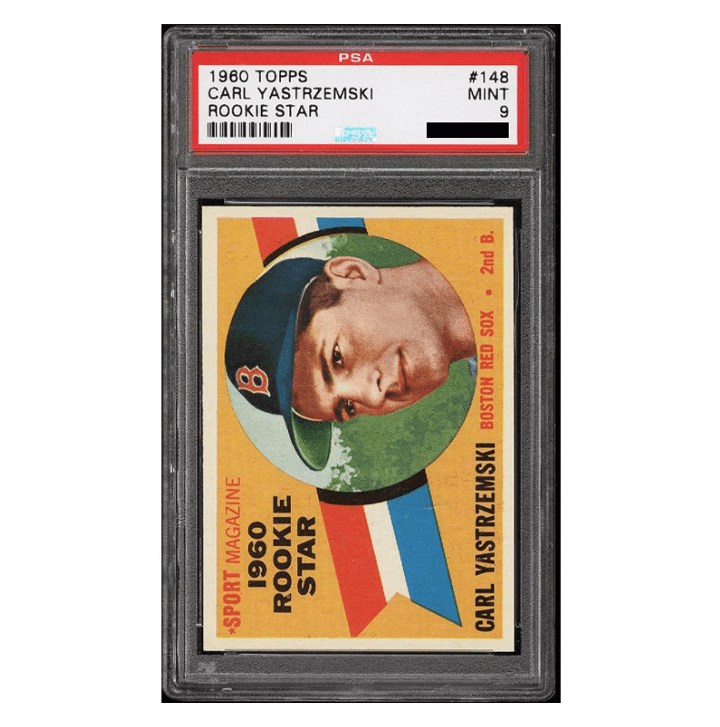 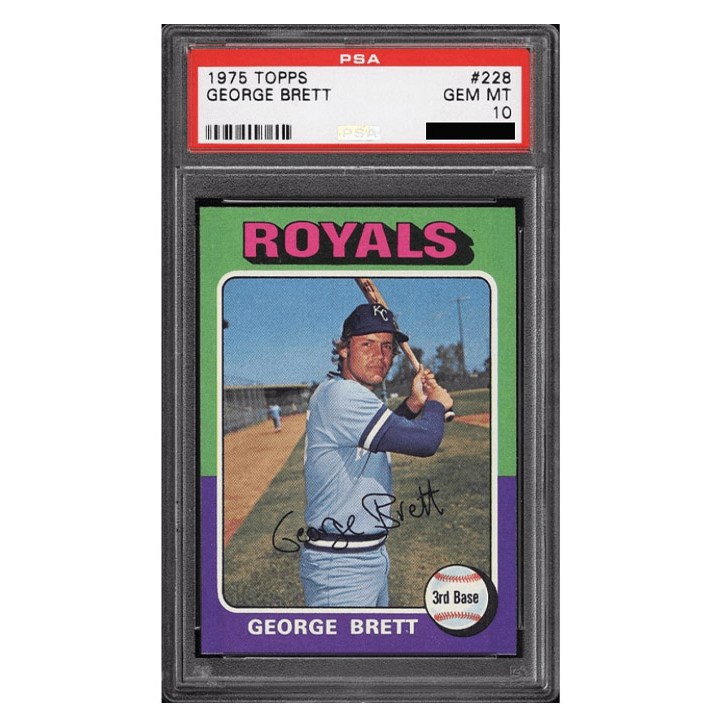 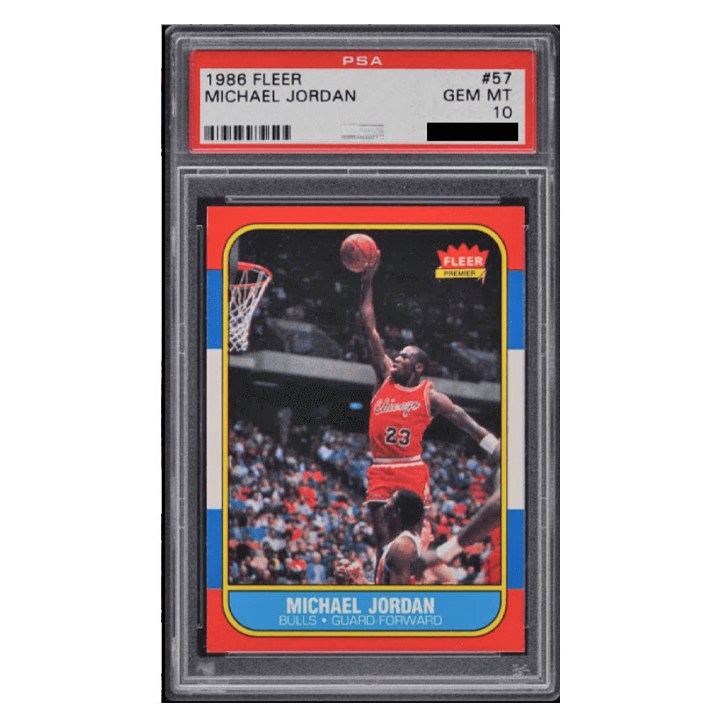 One of the most recognizable sets on this list features rookie cards of multiple NBA super stars from the 1980s. Fleer launched basketball cards back in 1961, but it wasn’t until 25 years later that it issued another set. Notable rookies in the set include Charles Barkely, Karl Malone, Clyde Drexler, Dominique Wilkins, Isiah Thomas, Hakeem Olajuwon, Joe Dumars, Chris Mullin, and of course, Michael Jordan.

The most graded card in the set is the iconic #57 Michael Jordan with 320 gems out of 22,924 cards submitted for grading. This represents a 1.4% gem rate.