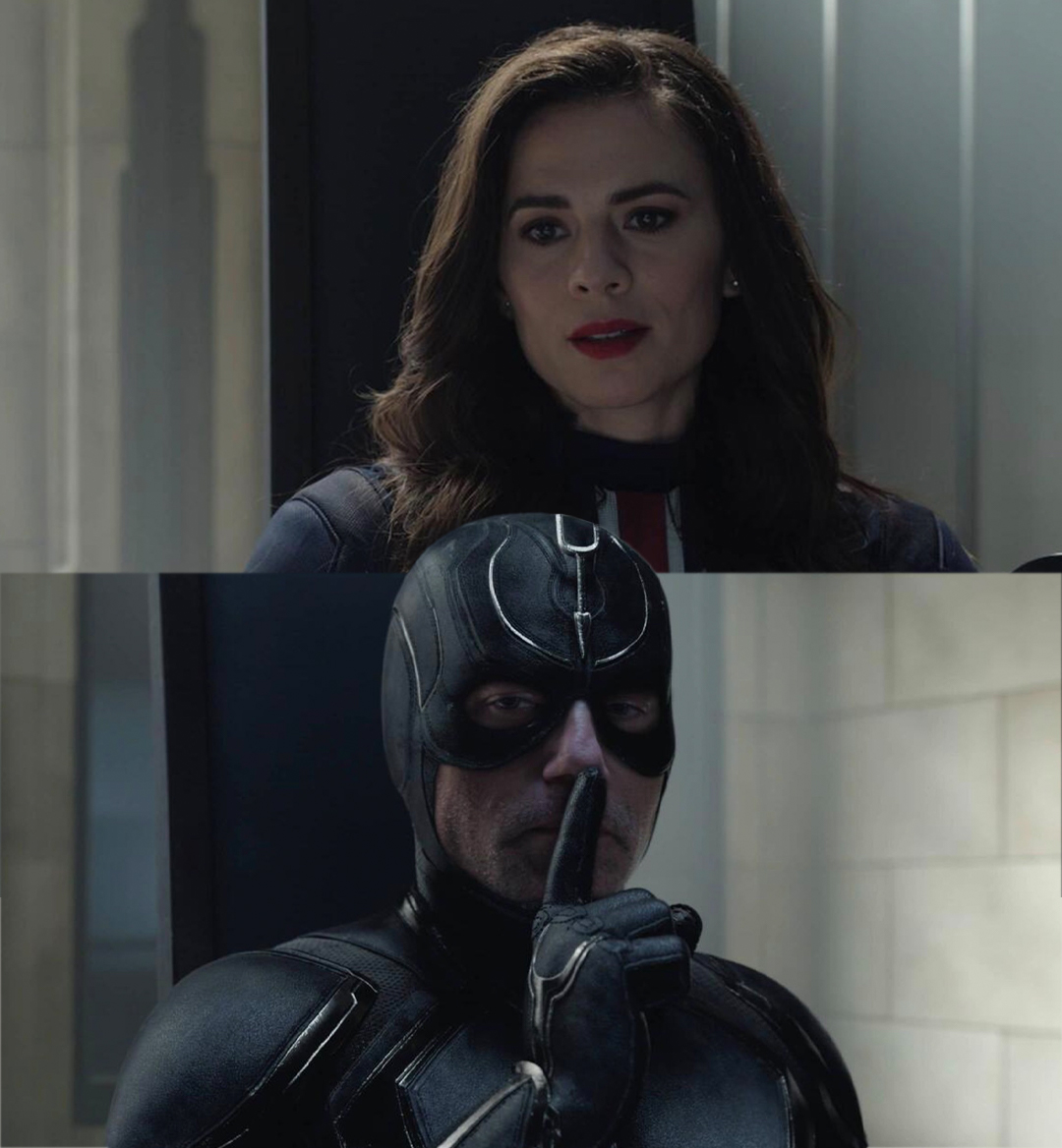 Listen, we're all familiar with the big wigs of the superhero industry (is that a thing?), meaning that we tend to forget about some of our equally powerful buddies who might be flying a little further under the radar than, let's say, Hulk (he's probably visible from space). We've decided to bring together 15 of the most underrated superheroes, spanning cinematic universes, comic books, graphic novels, and TV shows. 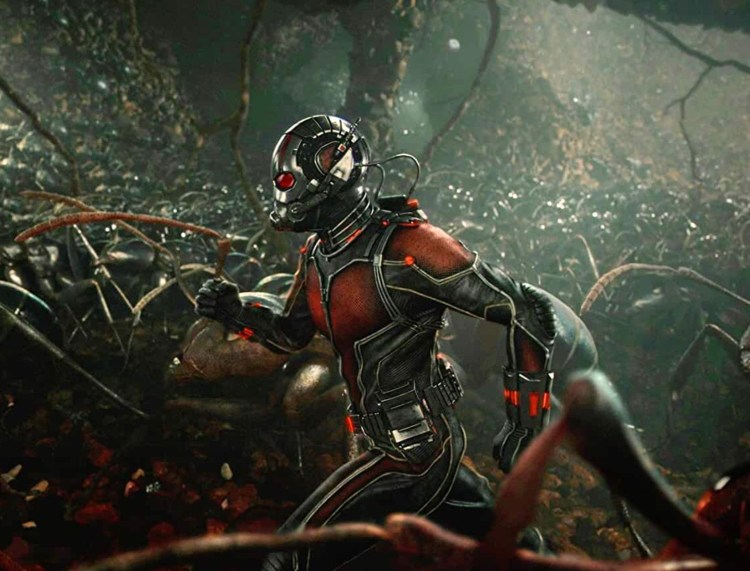 Ant-Man might be one the most recognizable names on this entire list given his spot on the Avengers and the fact that he already has two (with a third incoming) movies under his belt in the Marvel Cinematic Universe (MCU). While he's well-known at this point, he's still fairly overlooked when it comes to his powers, which are extremely underrated as he can literally shrink down to the tiniest human and grow to the size of a monster. Those two powers alone change the entire superhero game. 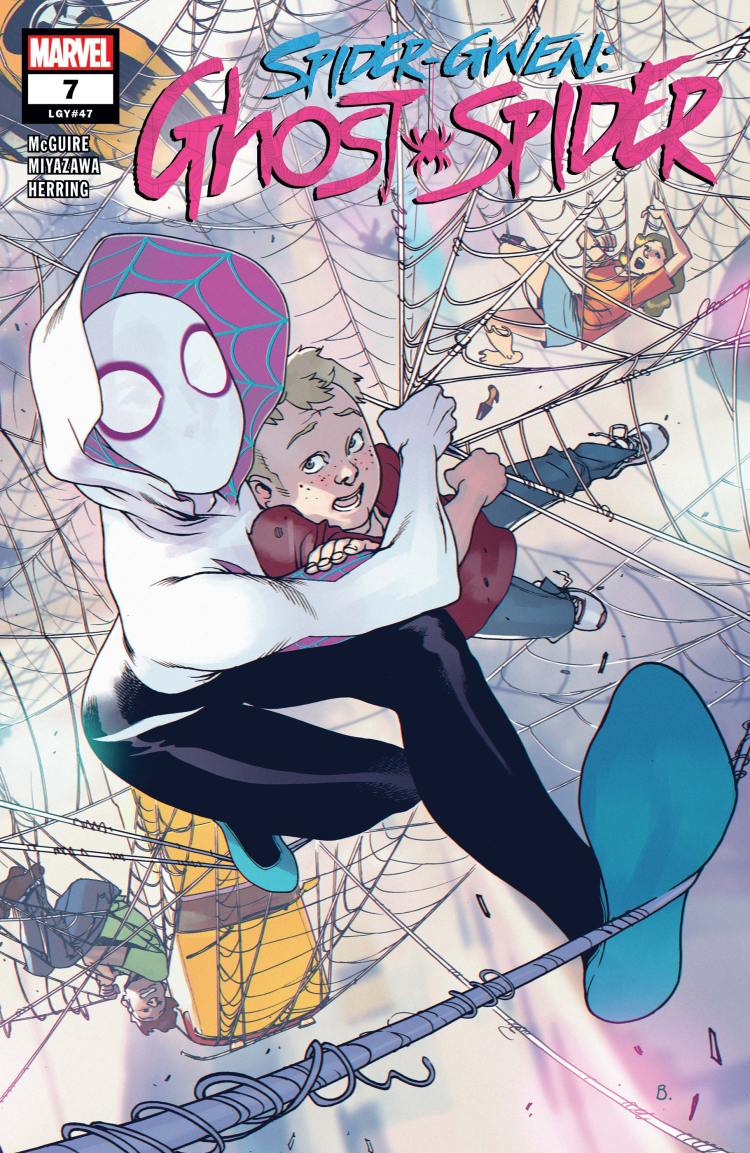 Not only does Spider-Gwen rock an incredible outfit, but she's got powers to match her insane drip. Spider-Man: Into the Spider-Verse really put her on the map, and with a comic book series of her own, it's tough to understand how she's still a fairly niche superhero in the Marvel universe. While she's got quite a few different names going for her (Spider-Gwen, Spider-Woman, Ghost-Spider), her real name is Gwen Stacy, AKA Peter Parker's girlfriend. And though Spider-Gwen has all of the same superpowers as Spider-Man, she's also known to be an adept detective as we've seen quite a few times in her comic book series, Spider-Gwen: Ghost-Spider. Oh, and on top of all that, she's also in a band called the Mary Janes—an interesting name, right? 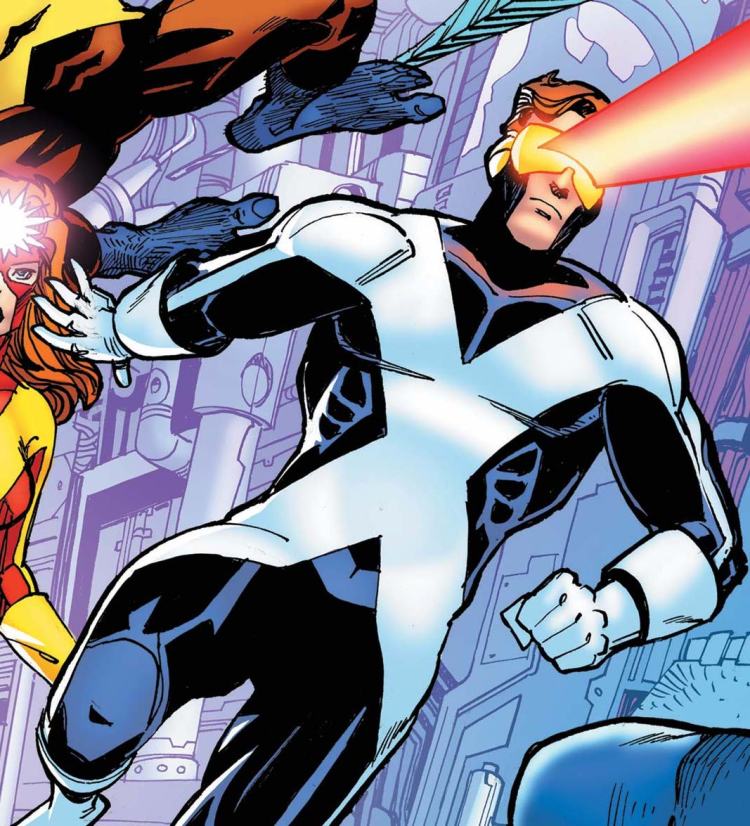 Sure, I only loved Cyclops when I was younger because of his dope sunglasses, but upon further investigation later in life, it's clear that he's deserving of a lot more respect than just that one tiny detail. A founding member of Marvel's X-Men, Cyclops shoots out red beams from his eyes that are capable of causing extreme damage, being that the beams travel at the speed of light. 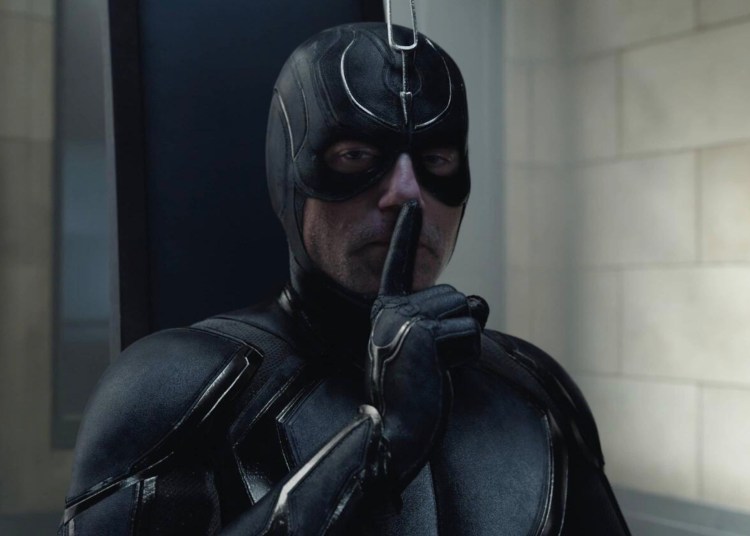 After his live-action appearance in the recent Doctor Strange in the Multiverse of Madness, I'm sure we've got a few more Black Bolt fans in the house. Prior to this, however, Blackagar Boltagon (yes, that's his real name) remained largely anonymous to superhero fans at large even though his first appearance was in Marvel's Fantastic Four #45, which was published all the way back in 1965. With his ability to harness electrons, he has extremely high levels of sonic energy coursing throughout his body, meaning that even the tiniest whisper out of his mouth can cause extreme damage both to himself and those around him, as we saw in Doctor Strange in the Multiverse of Madness. Not only is his voice a sonic boom, but he's able to manipulate energy, use telepathy, and defy gravity. 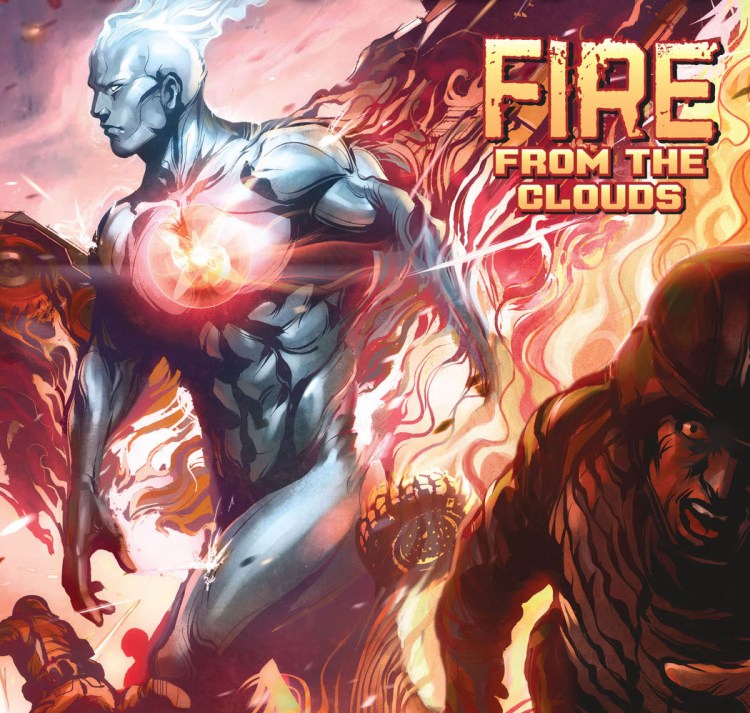 It's Captain ATOM, not Adam—just wanted to clear that up. With a body forged out of a rare type of alien metal, DC Comics' Captain Atom is practically indestructible. He's actually a lot like Black Bolt in that he's able to control and create multiple different types of energy at any given time, though his powers surpass even that. Captain Atom can also travel through time, mutate others, utilize the quantum field in order to generate even more power for himself, and regenerate his own skin. 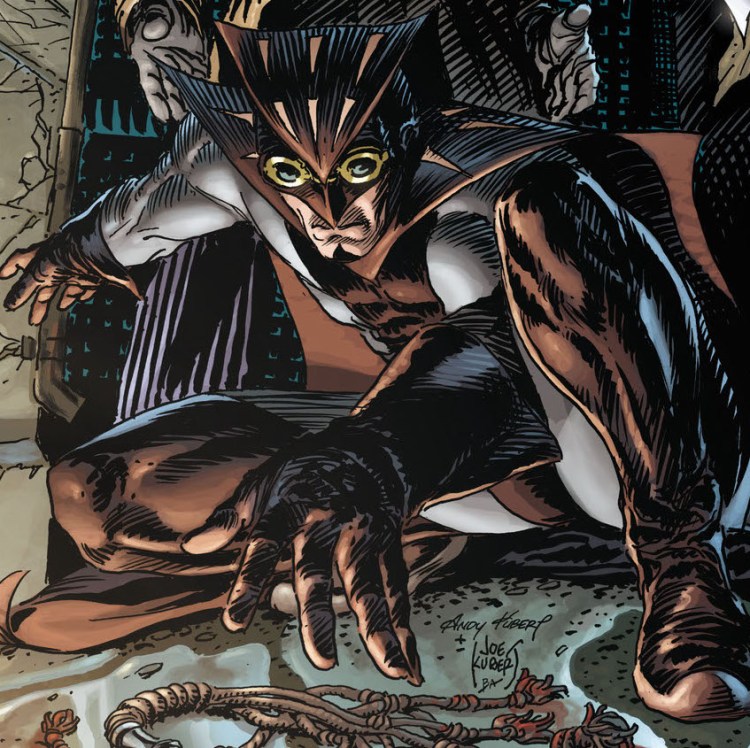 A member of the Watchmen, Daniel Dreiberg (Nite Owl) is almost as smart as Ozymandias, using his intellect and knowledge to create extremely intricate gadgets and other types of technology used to crack down on crime. Almost more than anything else, DC Comics' Nite Owl was one of the most skilled hand-to-hand fighters that anyone has ever seen. Not only has he trained with tons of martial arts instructors, but he's also an incredible boxer and excels in acrobatics, making him a tough opponent to face off against. 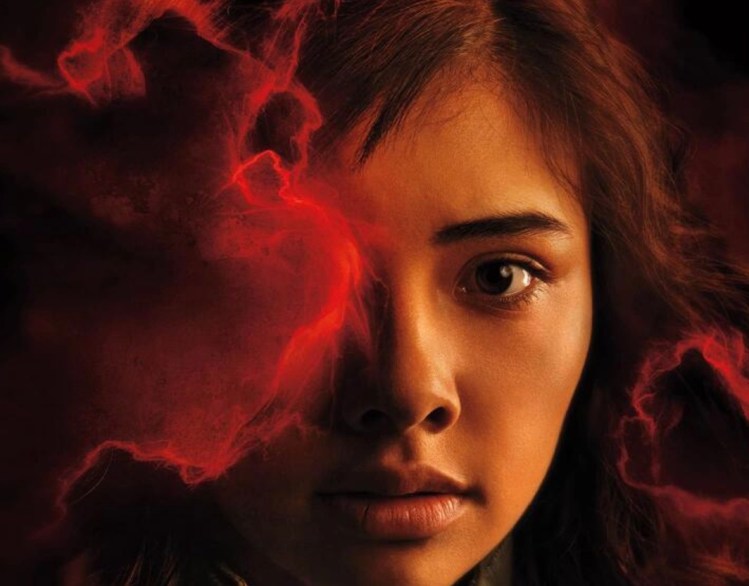 A fairly new superhero being that her first appearance was in Marvel's Vengeance #1, which was published in 2011, America Chavez is the dimension-traveling queen. Known professionally as Ms. (or Miss) America, Chavez received her powers after her parents (both doctors) cured her of a genetic disease. After returning to her normal health, her powers started to appear, which included being able to travel a practically limitless number of dimensions through the creation of star portals, allowing her to travel the Multiverse. On top of that, Chavez has energy powers and can run and fly at extremely high speeds. In her life right now and as we saw her in Doctor Strange in the Multiverse of Madness, she's in the earlier stages of mastering her powers. 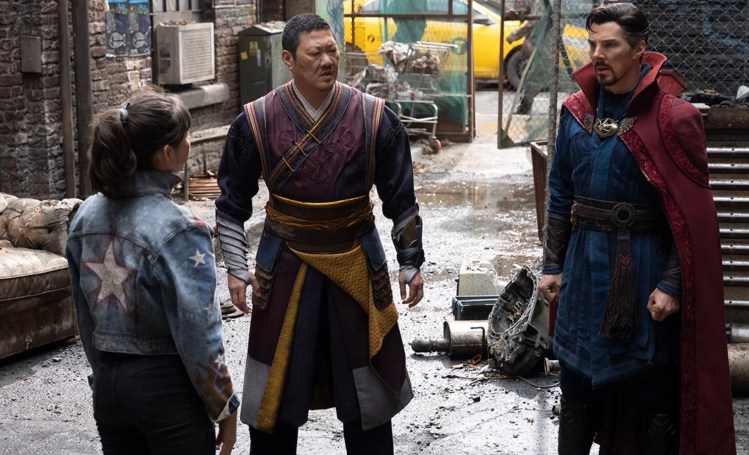 The librarian at Kamar-Taj and the Sorcerer Supreme, Wong is both physically and mentally talented, with his first appearance being in Marvel's Strange Tales #110, which was published in 1963. Portrayed by Benedict Wong in the MCU, we see Wong use Eldritch magic in a number of different ways, including conjuring items, creating portals, traveling through various dimensions, and casting spells. On top of that, he's an extremely adept martial artist, making him powerful both magically and physically. 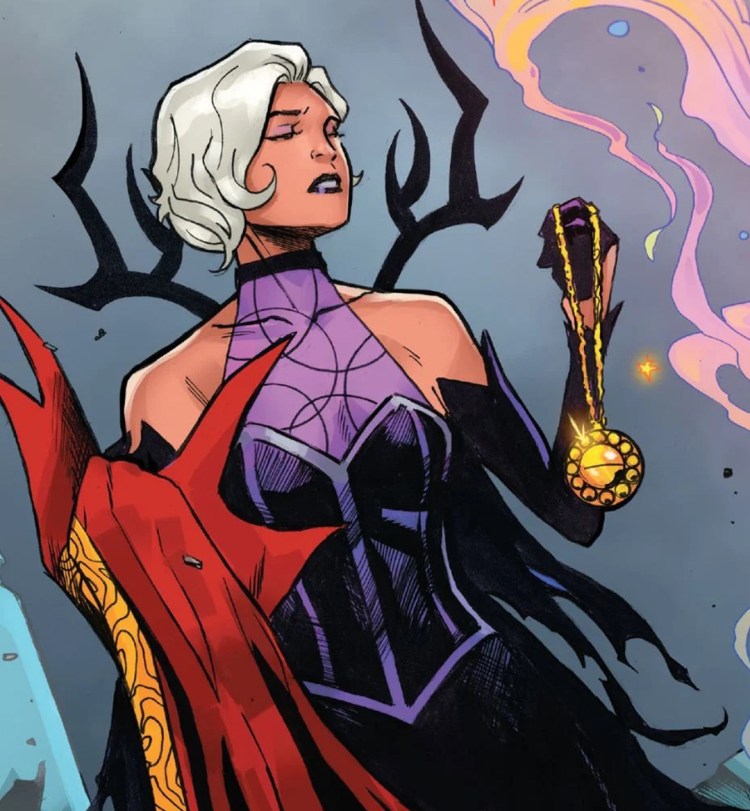 Clea is someone I barely knew anything about prior to watching Doctor Strange in the Multiverse of Madness, and because of her extremely limited appearance, I basically knew the same amount afterward. At the end of the film in the post-credits scene, we see Clea, who's the Sorcerer Supreme in town, as she approaches Doctor Strange and informs him that they need to stop the "incursion" that's coming their way. Portrayed by Charlize Theron, it's clear that Clea is going to be playing a major role in whatever the next Doctor Strange film is going to be.

First introduced in Marvel's Strange Tales #126 in 1964, Clea is an extremely powerful sorcerer given her roots as the niece of Dormammu, and as Doctor Strange seems to be done trying to win over Christine Palmer (Rachel McAdams), it looks like the two will eventually get together in the MCU as they get married in the comics. In addition to her sorcery powers, she can also summon the Flames of Faltine being that it's in her bloodline. 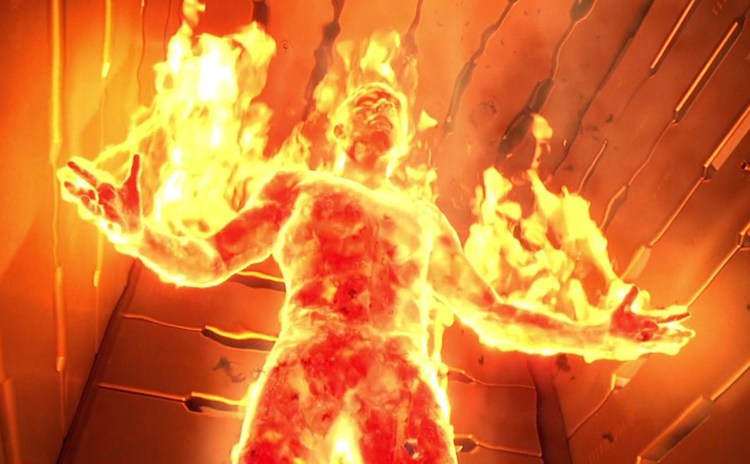 Ah, the Human Torch: a man perpetually on fire who's able to manipulate heat energy, morph his body into different fiery plasma walls, fly through the air like a comet, and form heat into various shapes. Marvel's Jonathan Storm received these insane powers after being exposed to radiation (as one does) and mutating into this form. 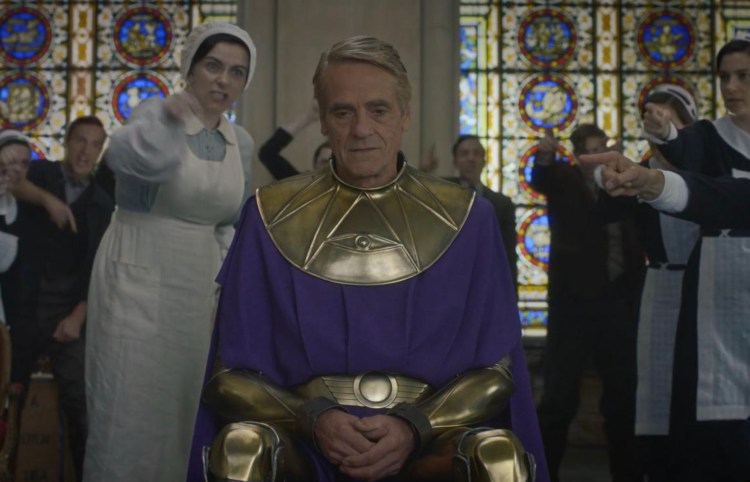 Hailing from the DC Comics' graphic novel, Watchmen, and the many film and TV iterations that followed, Ozymandias is a former crime fighter who never lost his spark for doing the right thing for the planet (at least in his mind.) The man behind the costume—Adrian Veidt—also happens to be the smartest person on Earth and uses both his abilities and brain to save the world from destruction, no matter the cost. A member of the Watchmen, Ozymandias toes the line between doing good and bad, as sometimes his ways of achieving a collective good for all end up causing harm to innocent people. 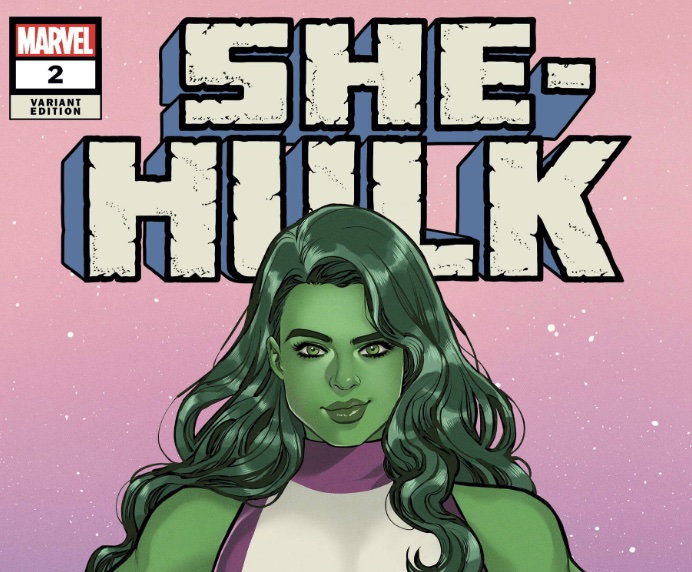 With a new series on Disney+ on the way all about her, She-Hulk: Attorney at Law, it's no surprise that this often-forgotten superhero is getting her own show. Jennifer Walters (She-Hulk) is Bruce Banner's cousin and works as an attorney, however, when she received a blood transfusion from Banner after being shot, she took on most of his mutated powers, becoming She-Hulk. Though she's not as insanely strong as the Hulk, she's still able to maintain her strong-willed demeanor in court, which will be the basis for the Marvel Disney+ series. 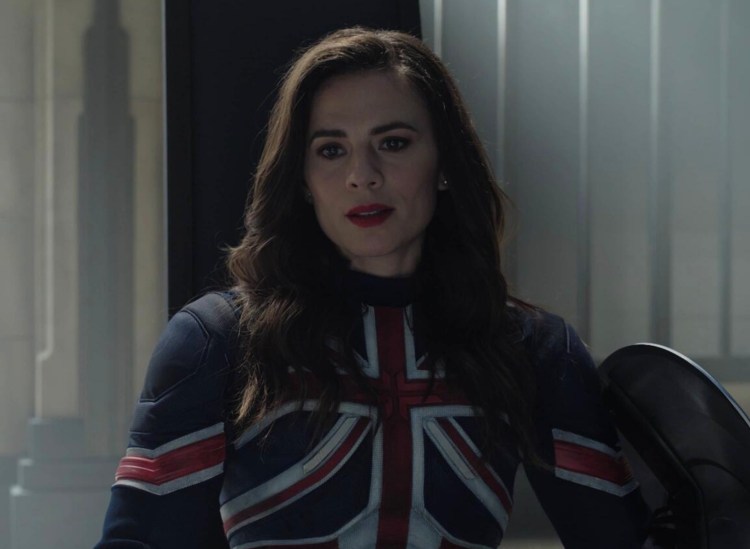 Originally an agent who worked closely with Captain America, Peggy Carter (later known as Captain Carter) first appeared in Marvel's Tales of Suspense #75, which was published way back in 1966. Her powers mostly mimic that of Captain America's in that she has incredibly heightened reflexes, uses her shield in battle, and is extremely well-trained in hand-to-hand combat. While her first live-action appearance was in Captain America: The First Avenger where she was portrayed by Hayley Atwell, she was most recently brought back to the big screen in Doctor Strange in the Multiverse of Madness, attempting to fight off The Scarlet Witch.

Okay, I realize that Frozone isn't a part of Marvel, DC, or any other well-known comic book organization, but we just can't leave him out. We first met Frozone in The Incredibles, which premiered in 2004, though we were later reunited with the character in The Incredibles 2, which was finally released in 2018. Voiced by Samuel L. Jackson, Frozone is best friends with Mr. Incredible and has some pretty insane powers of his own. He's able to fully control the creation of ice, which he uses to quickly glide across town on when his friends are in trouble, whether it be on his glider or just by skating with his own two feet. Frozone can also stop bullets with ice, build up mounds of ice to stop things from moving, and create snow, which he uses to soften some particularly rough landings.

Another superhero along the same lines of Frozone, Captain Magma made his first appearance in "Mermaid Man and Barnacle Boy V," an episode from Season 3 of SpongeBob SquarePants. As part of the International Justice League of Super Acquaintances (IJSLA), Squidward transformed into Captain Magma, a superhero who shoots out magma when he becomes extremely angry or upset. Upon using the codeword, "Krakatoa," his powers are unleashed, wreaking havoc on his enemies. The only problem with Captain Magma is that he turns to ash when exposed to water, which is a pretty huge weakness. Sure, the Human Torch doesn't have this problem, but the Human Torch also doesn't have a secret codeword, so there's that.