10 Wines to Buy with Your Seeing Stars Top Shot Pulls 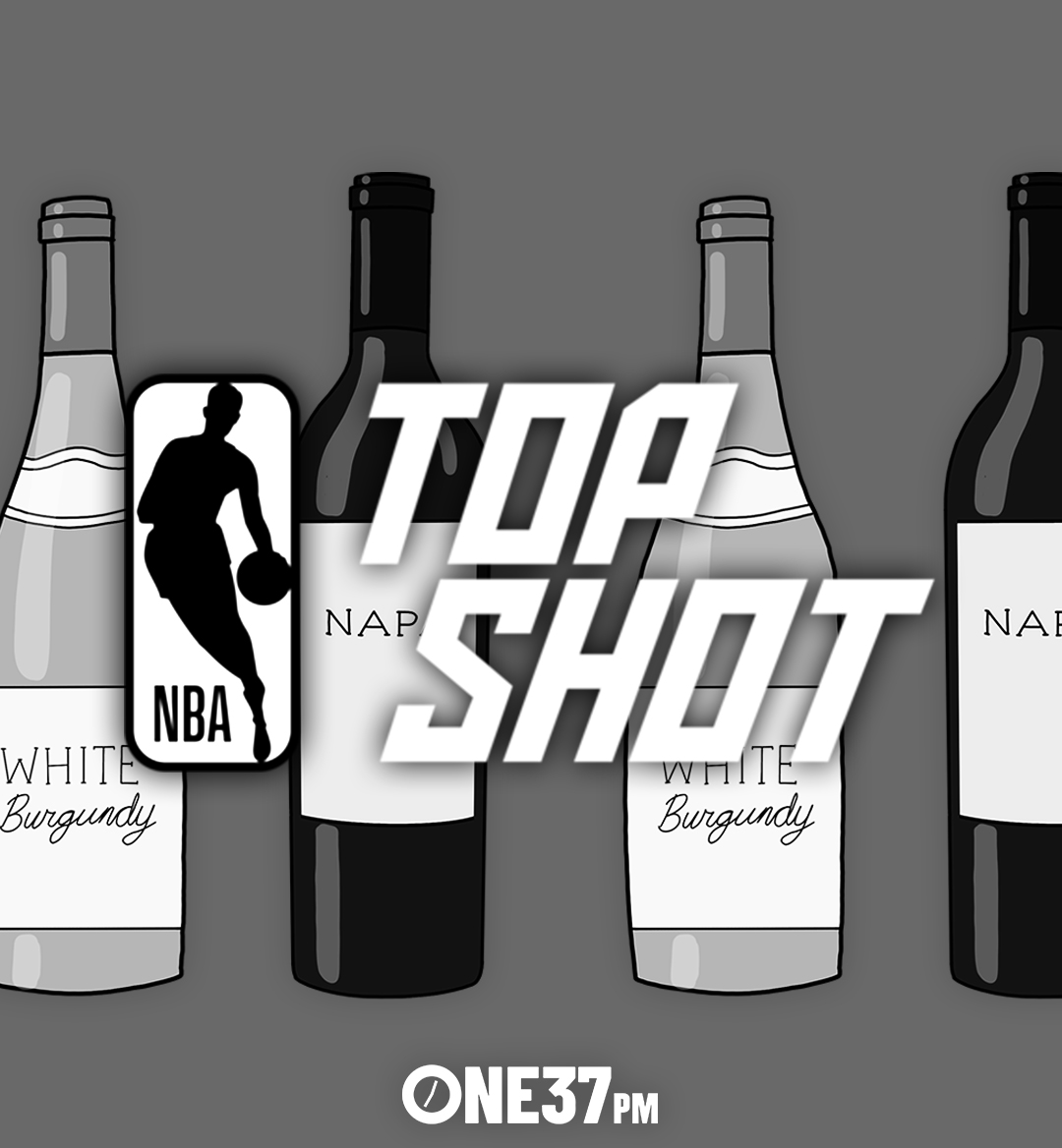 NBA All-Star Sunday was this past weekend; the best basketball players in the world went head to head in one of the most entertaining games of the year. That, combined with the NFT hype of 2021, set up for a successful and fun weekend of hustling for packs from NBA Top Shot. While the best players in the world were playing on the court in Atlanta, collectors worldwide were hurrying to get their hands on one of the Seeing Stars packs to get moments of their favorite players making their best plays. Naturally, I picked the 10 best pulls from the Seeing Stars NBA Top Shot packs and paired them with the best wines to buy at their current value.

Coming in at the 10th most valuable moment out of the Seeing Stars Limited Edition pack is the only Assist on the list: a falling out-of-bounds hook pass back into a slam dunk by Jamychal Green. 2018 Bordeaux are starting to roll into stock, and this is a vintage that all collectors need to get on board with. At $163, Rauzon Segla is a legendary property with a potential score of 97-100 points. This wine is as stunning as the unlikely pass made by Nikola Jokic.

There was a lot of noise when Kawhi made his way over to the Clippers. There is no doubt that he has made a difference on their roster, but it is moments like these that bring a ton of attention.  Nothing like a veteran player dunking over a young star. His dunk over Knick’s R.J. Barrett was a statement that he's still here to play and to let the young guys know that he won’t be pushed around.  We can say the same thing in the Port market with Taylor Fladgate. The 40 year is a staple in collections and is one of the most complex and old-school wines made in Portugal.

How do you defend against a three-point shot 5 feet behind the arch? Don’t ask me, ask the countless defenders that try to get their hands on Damian Lillard. You would be hard-pressed to find someone as smooth and as accurate as Lillard from range. In this moment he slips a screen and hits one from long range in one of the most effortless shots of the year.  Les Tessons is a single vineyard in the heart of Meursault. Like Lillard, the wines are clean, precise, and have perfect form, something that other vineyards around them try to be.

Is there anyone in the game that has as good footwork underneath the basket as Anthony Davis? It seems like every time he gets the ball under the basket, no matter who is around him, he is able to get the ball in the basket.  Just like his footwork in this Moment, spinning around Sekou Doumbouya and slamming it home, Champagnes do something similar. They take over your palate with a combination of dancing bubbles, complex flavors, and a powerful finish. This is one of the best vintage Champagnes in the world, and honestly, one of the best values, even at that $170 price point.

Joel Embiid is a beast. Wherever he is on the court, there is always a chance to be embarrassed. His vision to find lanes to the basket is on a different level than most, which is why he makes it look so easy.  In his Seeing Stars Moment, he finds a pass from teammate Seth Curry at the top of the Arch, runs it down the paint, and absolutely slams it home.

At $180 in Montalcino, you are talking about some of the absolute greatest names in the wine game.  Argiano is at the top of the food chain and this is easily one of the most collectible bottles. Like Embiid, this will have tons of value and more amazing moments as it gets older.

Elegance. That is what I think about this wine and what I think about when I see Harden make his way to a loft shot in this insane Moment. A double move around Donte DiVincenzo into a floater for 2 has led to one of the smoothest Moments released this past weekend.  Just like Harden, Liger Belair is one of the best in its own regard. Burgundy is the most expensive wine in the world, and Liger Belair is a legendary producer in the region. NBA fans expect plays like this out of Harden, just as Burgundy collectors expect bottles like these to be amazing in quality.

When you’re sitting in your living room scanning through your social media with SportsCenter on your TV, and you hear the name Giannis, you know you are about to see something special.  This Moment is one of my favorites from the series. It is one of the most effortless-looking dunks of the year.  He slips through an entire defense to throw down a one-handed dunk. His ability to make it look easy is no different than the winemaking at David Arthur. Year after year, they hit the nail on the head when it comes to some of the best wines in Napa. I can’t remember the last time I had a bad David Arthur wine, just like I can’t remember a bad game from Giannis this year.

Is there anything sweeter in the game of basketball than a Steph Curry step-back three? Left-right, left, right, forward, back, and shoot. Like a video game, it seems too good to be true, but one person does it every time he walks on the court. Just as sweet as this iconic shot is Chateau D’yquem, the world's most sought-after dessert wine. There isn’t a player in the league that thinks they shoot a better three than Steph Curry right now; there also isn’t a winery making a dessert wine as good as Chateau D’yquem.

The hype is real. Zion made a huge impact and quickly became a superstar last season, so it is no surprise that he comes in at #2.  The way he makes this lay-up look so easy over Utah Jazz Center Derrick Favors is almost comical.  It’s nothing fancy, but it just looks too easy.  The same goes for Dalle Valle Maya. This is possibly the most sought-after red blend from Napa and is very young.  With time it gets better, just like a budding player like Zion Williamson.

Luka Doncic makes some of the best players in the world look like fools with his footwork and ball handling. It almost doesn’t seem that impressive what he does in this moment, but when you look at it more and see that he made Zion look like a D2 college starter, you understand why it is #1 on the list.

Debatably the best Syrah in the world does the same thing. La Turque by Guigal is one of the most collectible and expensive Syrah, and some like myself will tell you it is the best quality in the world as well. This wine is a no-brainer at this price point.