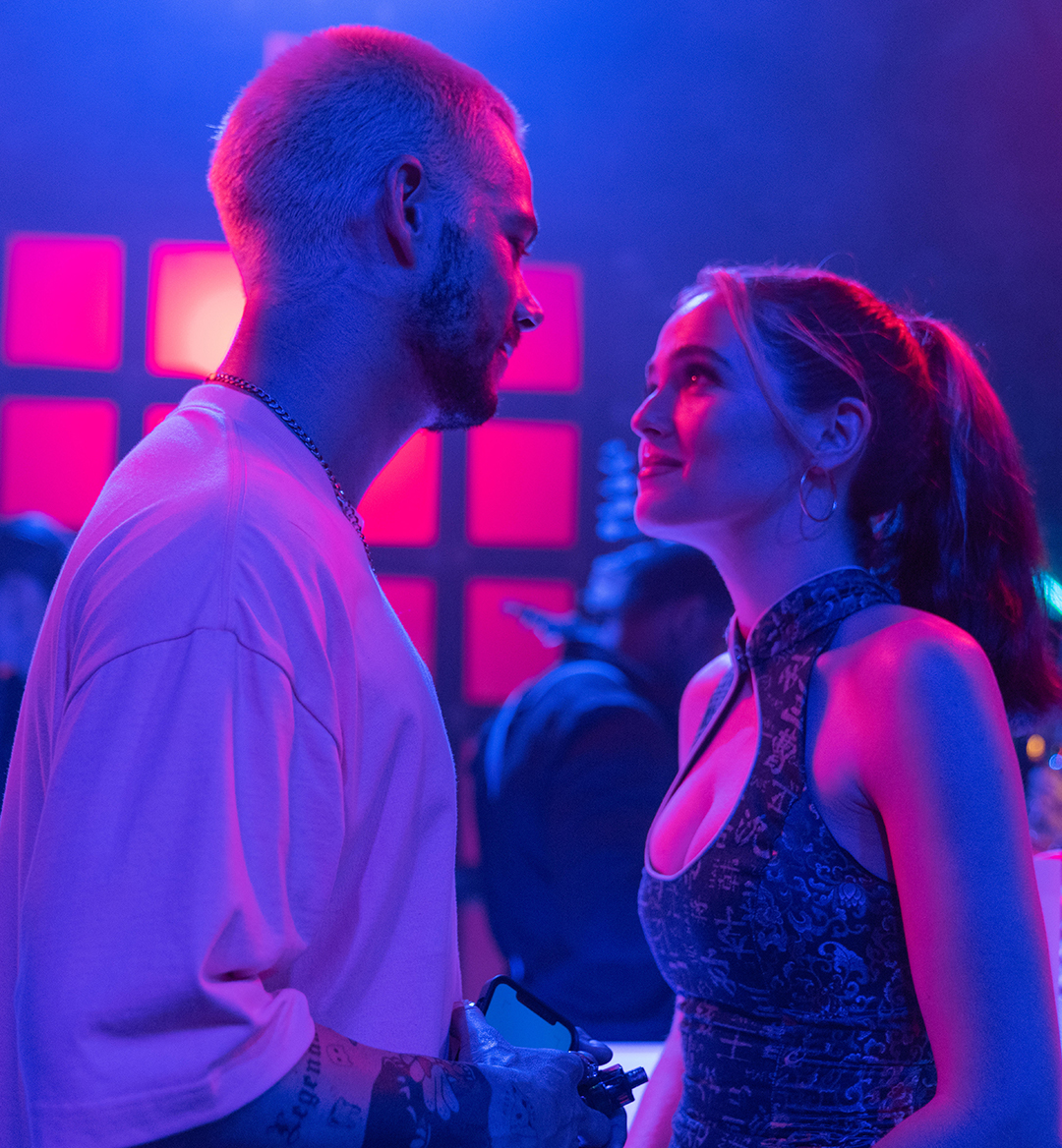 I am not okay with how not okay this movie was.

And the thing is, I feel extremely dumb for saying that (not just because I used "not okay" twice in one sentence) because the film itself gives us warning signs about just how unlikable the main character is going to be, yet I didn't listen.

Even as the movie continues to truck along, it flashes more written warning signs about how the ending will be disappointing, but I didn't listen—again.

Not Okay, which dropped on Hulu on July 29, tracks Danni Sanders (Zoey Deutch), a photo editor at a too-hip online magazine who's dying to break out of her job title and become a writer for the site. Being that she's extremely unlikable, this proves to be fairly difficult for her, though she attributes her failure to move up in the industry to the fact that she's not popular and doesn't have as large of an online presence as her peers.

After getting high one night in her Brooklyn apartment, Danni comes up with the idea to post online as if she's at a posh writer's retreat in Paris, France, continuing the act even after her high wears off. However, five minutes after posting a picture from the Arc de Triomphe, a terrorist bombing occurs there, leaving her to go with the flow and pretend like she's a survivor of the attack. And after "returning" from Paris, her family, peers, and colleagues all treat her like gold, leading her to keep up this act and make social bank from her massive lie.

Not only does her once-cold editor allow her to write a viral article for the site prompting others to say #IAmNotOkay, but she also grabs the attention of Colin (Dylan O'Brien), a mostly-dumb, attractive influencer who works at her office (and whom she had been drooling over for months). Her newfound internet fame is really starting to pay off, right? The only problem is that she gets a littttttle too greedy about it, which ultimately backfires in the end.

All in all, this film left me feeling how you do when you're handed an ice cream cone and immediately drop it on the asphalt. You know, with the sad, plopping noise and all.

For the first twenty minutes of the film, I was mostly digging it: I had made peace with the fact that Deutch's character was intentionally obnoxious; there was some genuinely funny dialogue in there that was keeping the rest of things afloat. But that feeling didn't last too long, as every little thing that happened eventually morphed itself into a giant, disgusting rubber band ball filled with bits of dust, thumbtacks, and chewed-up gum.

But let me make this clear, all of this had nothing to do with the acting; it was clear that Zoey Deutch and Mia Isaac were very committed to the roles they were playing. Ultimately, it was what was happening behind the scenes that led this film to feel a bit insincere.

I get that Not Okay was supposed to make a statement about survivor stories and how absurd and twisted our online and offline world has become, but Quinn Shephard went about directing this in a meta-cringey way. In that sense, the film was purposely meant to be cringey in order to poke fun at how absurd these situations are both in real life and in the film, but all it left us feeling was slightly annoyed and confused.

As Danni was really committing herself to the whole "I Survived a Terrorist Attack" thing, she decides to join a support group for people who have been through similar situations. At her first group meeting, Danni coincidentally befriends Rowan Aldren (Mia Isaac), a high-schooler and shooting survivor who has become an outspoken leader and speaker against gun violence. As a result of her efforts, she has a massive following online, which is like chum to a shark when it comes to Danni sniffing out her next prey.

Not only is it bizarre that this twenty-something is desperately trying to become friends with a teenager (did someone say Licorice Pizza?), but it feels so outwardly disingenuous that it's surprising that Rowan even goes along with it.

One of the main issues I have with Not Okay is that the entire movie felt like one big trick to get me to watch this movie—and it was successful at that.

I don't even fully know what the main takeaway from this film was supposed to be. Even with all of the outright ploys warning us that Danni is unlikable and wouldn't be getting a redemption arc, it's like they actively worked against those ideas, which, in a way, almost excuses me for blowing right past those warning signs in the first place. As much as they make a point to create this unlikable character, they also actively try to get us to like her, which leaves me wondering if the producers were just as confused, too.

If they had doubled down and fully committed to how cringey and unlikable Danni was and met that with Rowan, who—in this updated version—would have seen right through Danni and called her out right then and there, perhaps this would've been a different story. While the idea of this film was compelling, it wasn't executed in a way that felt balanced or thoughtful: instead, it felt slapped together half-heartedly, sort of like Danni's Instagram.