Hulu's "The Dropout": A Perfectly-Chaotic Snapshot of a Bloodthirsty Inventor 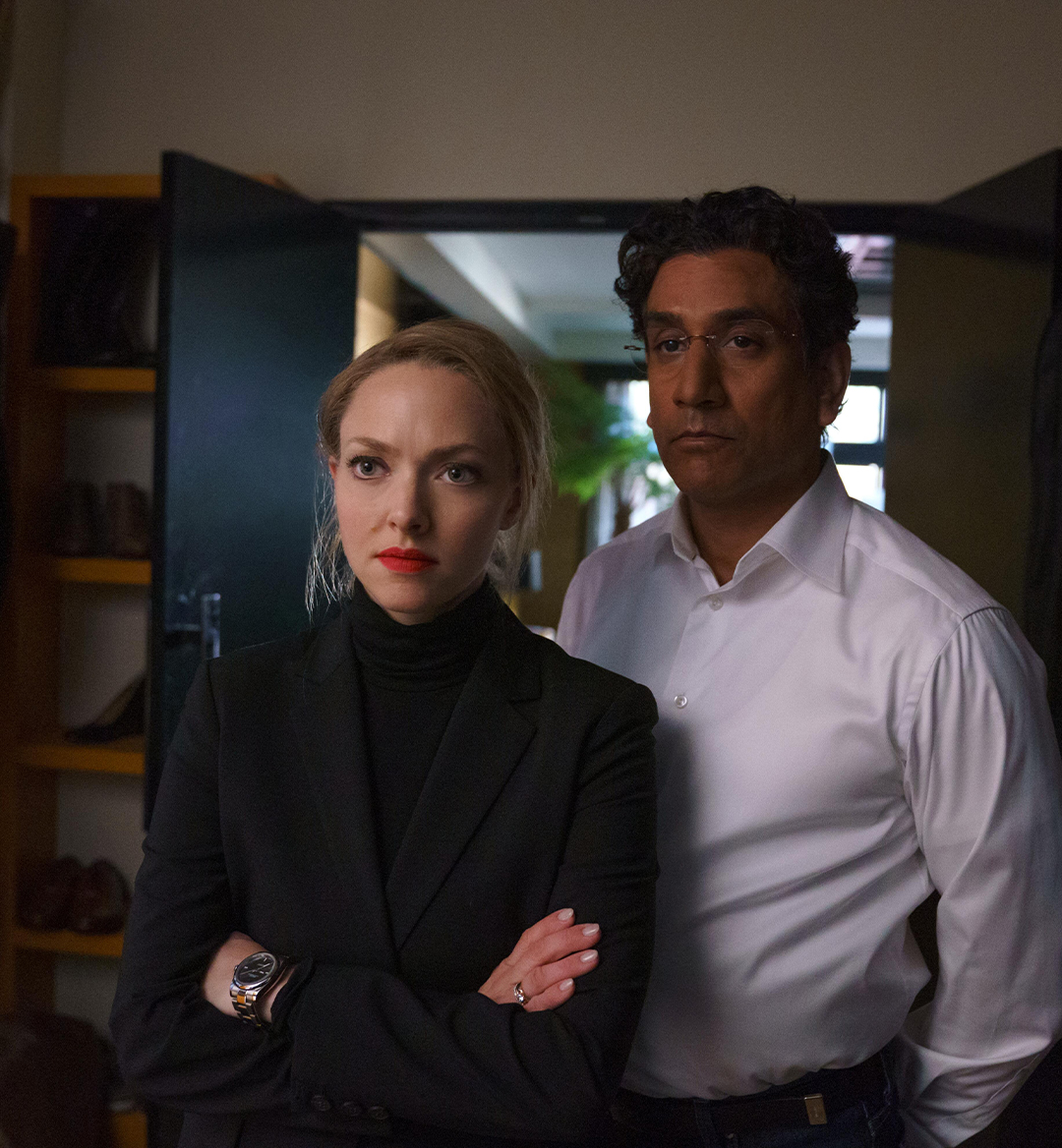 Who knew that Aéropostale polos and Yoda quotes would play such a large role in the making of Silicon Valley's newest (and extremely fraudulent) inventor?

Hulu's The Dropout focuses on the life and times of Elizabeth Holmes, founder and former CEO of Theranos, a start-up company that quickly became famous for its (supposed) small device that could perform up to 70 tests with just a single drop of blood.

Amanda Seyfried plays an outrageously odd and bizarre Holmes, paying special attention to her mannerisms, voice, and overall demeanor. While Kate McKinnon was originally cast as Holmes, Seyfried smoothly transforms herself into the role.

The series kicks off at the beginning of summer, a few months before Holmes starts her freshman year of college. Being the over-achiever that she is, she decides to travel to China that summer to practice her Chinese as part of a program at Stanford. Although Holmes was paired with other American roommates, she refused to speak in English to them because she wouldn't be getting the full experience, making her come off as an elitist weirdo to them and isolating her in the process.

Because of this, the only friend she ends up making is Sunny Balwani (Naveen Andrews), an older, successful man who is also taking part in the program (there's almost a 20-year difference between him and Holmes). They hit it off and begin to hang out with each other each day, exploring China and learning about one another in the process. As the program comes to a close, they decide to stay in touch as they're practically inseparable at this point. This relationship is one that would end up lasting for the majority of Holmes' future life, as she would later make Balwani the COO of Theranos and become romantically involved with him.

At Stanford, Holmes' oddities stick with her, though she's able to nab herself a spot in a graduate-level research group under the leadership of Dr. Channing Robertson (Bill Irwin), a professor of Chemical, Medical, and Biological Engineering. After introducing a new invention to another professor, Dr. Phyllis Gardner (Laurie Metcalf), she is immediately shut down. Despite having no validity to it, Holmes throws in a Yoda quote as a means to win her over, specifically this one: "Do or do not, there is no try." If you can imagine, this didn't go over too well with Dr. Gardner, who eventually ended up addressing that moment by giving Holmes some advice: "One other thing, don't ever quote Yoda to anybody ever again." 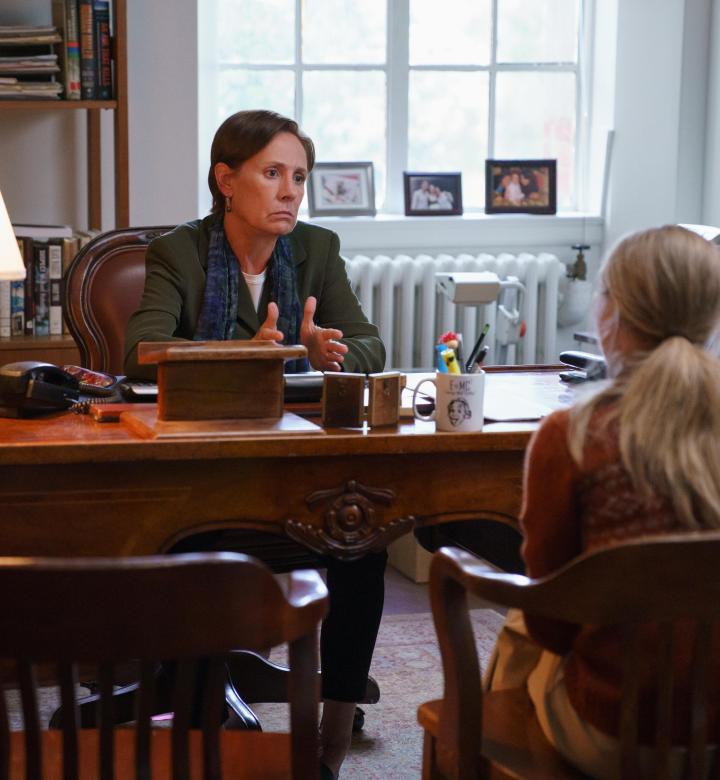 Through her work in the graduate program, Holmes eventually came up with the idea that would become Theranos' selling point: creating a small device that can run multiple tests with a simple drop of blood. She quickly raises $6 million (no biggie) and has her professor come on as Theranos' first board member.

Things take off relatively fast both with the company as a whole and within the creative department, which is responsible for coming up with the working device (given Holmes' lack of knowledge on the subject). After all, it's great to start a company specializing in medical engineering if you don't understand any of the processes, right?

After tons of test runs and instances of blood-leaking out of the machine (which was surprisingly chilling to watch), the team is finally able to get the device to work.

They literally only get the device to work once and then decide to bring it to Pfizer and then to a clinical trial with real cancer patients, fully knowing that the devices aren't functional. In just three episodes, things are already chaotic with Holmes and Theranos as she's essentially touting widespread lies to receive more funding.

Regardless of the series being more of a time commitment given that the episodes are about an hour-long, each second is pure gold; not a moment is wasted as the bits of the past that are shown of Holmes are absolutely necessary for getting a better sense of her as an all-encompassing person. We see slices of the younger Holmes that are sprinkled in throughout later episodes, including her odd and offbeat dancing, which continues to appear even in her days at Theranos. 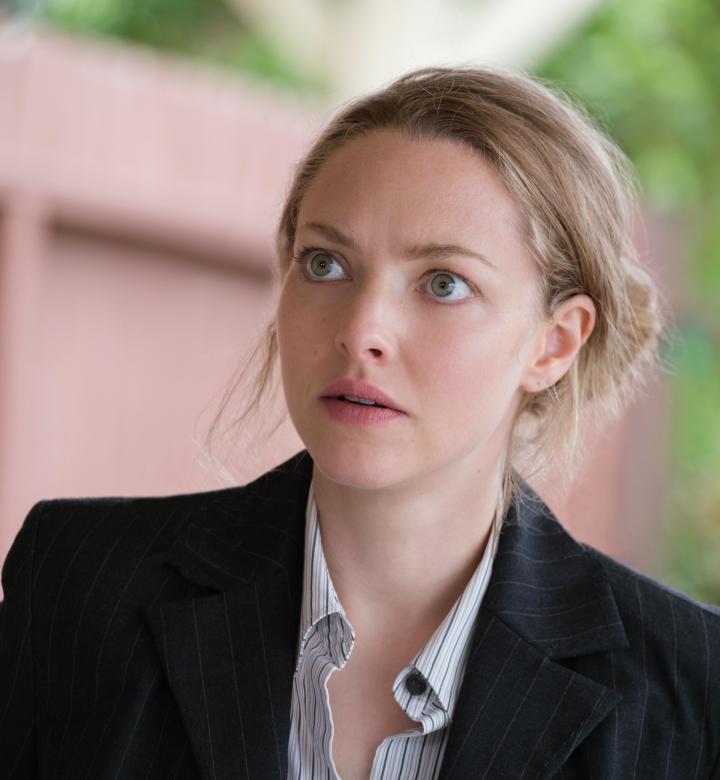 Though she becomes the CEO of a company that eventually amounts to $10 billion, those old portions of her never seemed to fade away. At college, she would practice regular conversations in front of her mirror, saying things like "That's so funny!" and "Hey!" This later turns into her practicing a new (and unsettling) voice for herself. Unfortunately, Holmes didn't keep her multicolored Aéropostale polos around; instead, she switched them in for black turtlenecks in an act of idolizing Steve Jobs.

While we're obviously supposed to hate Holmes, there are aspects of the series that speak to women as a whole, making us feel a bit more empathetic towards her (emphasis on "a bit"). In the same conversation from before that involved the Yoda quote, Dr. Gardner also makes a painfully true statement about being a woman in the industry: "As a woman, let me explain something to you. You don't get to skip any steps. You have to do the work. Your work, other people's work—you have to do so much work that they have to admit that you did it and nobody helped you. You have to take away all their excuses. And then if you get anything, anything wrong, they'll destroy you, and they'll be so happy to do it."

Though knowing what we know now, it's clear that she did skip quite a few steps in her invention. And if that wasn't enough, by the end of the third episode, the Yoda line that Holmes was told never to reference again is plastered across the wall of Theranos' main lobby.