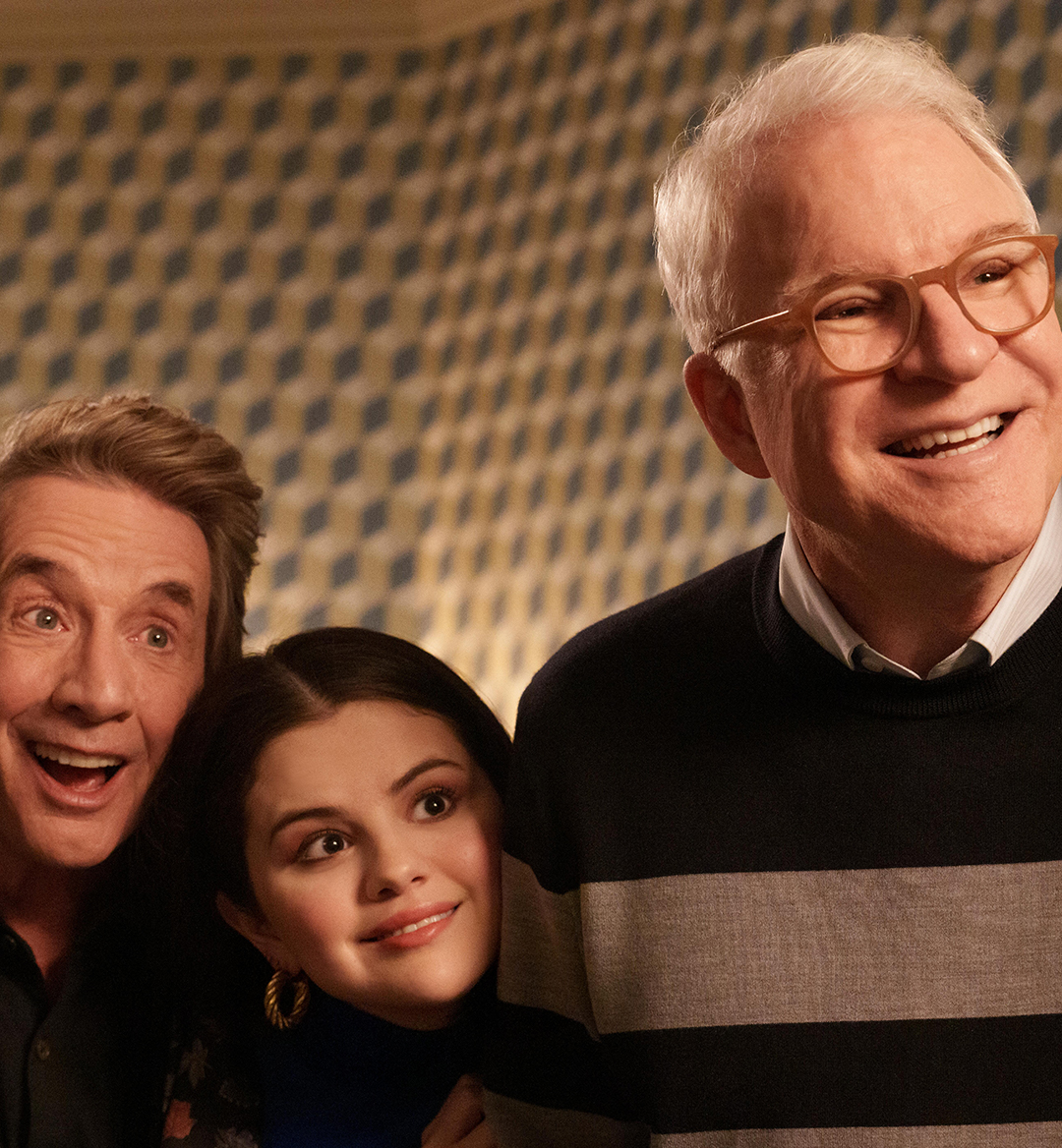 Death, cocotinis, and a parrot that says "f*** you" in a thick Brooklyn accent—that's Only Murders in the Building.

In only eight months, Hulu was somehow able to turn around an entire second season of the show, picking up exactly where we left off in mid-October when its first season came to a shocking close with Mabel Mora (Selena Gomez) crouching over the deceased board president, Bunny Folger (Jayne Houdyshell), of her apartment building.

If you're like me and were thinking that there was no possible way that this season could be better than the first—well, they found a way.

Hey, You Got a Little Blood on That Sweater 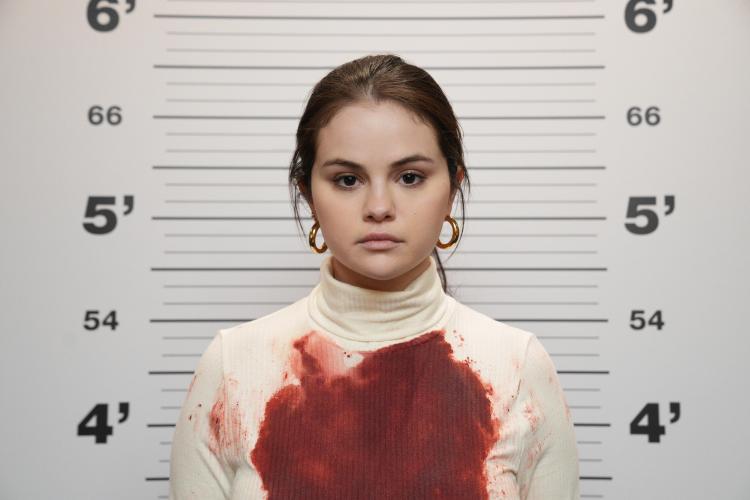 After being hauled out of the Arconia by the police, our good buddies, Charles-Haden Savage (Steve Martin), Oliver Putnam (Martin Short), and Mabel were separately questioned by Detective Williams (Da'Vine Joy Randolph) and a new face, Detective Kreps (Michael Rapaport), at the local precinct. The detectives are taking things quite a bit more seriously than our trio is, but Kreps doesn't seem competent enough to blame this murder on them. Since Williams is more familiar with the group, it's clear that she'll be in charge of the investigation, though she gives them a fair warning about staying out of things if they want their names cleared.

Upon their release, Mabel's trying to wrack her brain around just how all this happened in the two minutes she ran upstairs to her apartment to grab some champagne back in season one's finale. Each time she thinks back to that moment, a new detail is unveiled: first, it's of hearing Bunny say the number "14," and later on, it's of her saying "savage," which also happens to be Charles' last name. 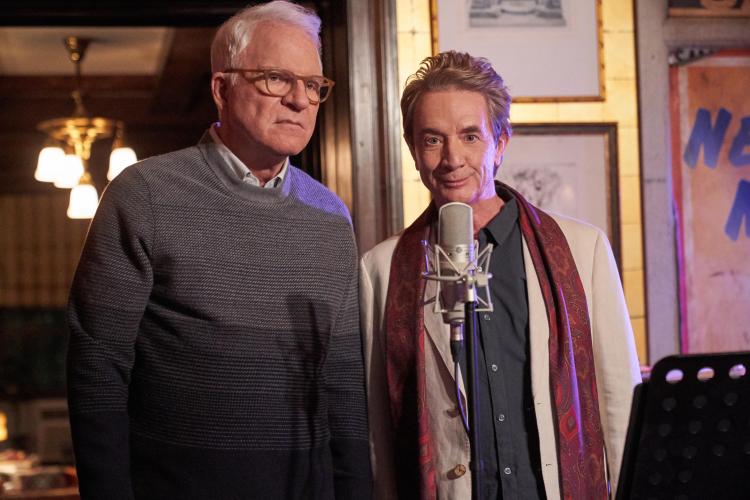 The trio is a bit divided on how each of them wants to continue on with their lives after being named as persons of interest in Bunny's murder case. Detective Williams warned each of them to stay out of things and to find a new hobby; while their knee-jerk reaction is to continue on with their own investigation into Bunny's murder, they might actually take her advice this time around.

For one, Charles' former show, Brazzos, is getting a reboot, which would take up the bulk of his time if he were to join the cast. The only catch? He's not the star of the show; instead, he'd be playing the role of Uncle Brazzos, which Charles isn't too pleased about.

Then we've got Oliver, who runs into new neighbor, Amy Schumer, who expresses interest in turning the "Only Murders in the Building" podcast into a TV series. While Oliver's pretty jazzed about this possibility, he hasn't forgotten about his two friends and their podcast; as he considers Schumer's offer, he's also weighing this in the back of his mind.

Finally, a random art curator, Alice Banks (Cara Delevingne), slides into Mabel's DMs about her artwork, looking to possibly represent her at the art gallery where she works. They meet up later on at her art gallery and hit it off, which eventually leads to a bit of a romantic encounter between the two; I guess Oscar (Aaron Dominguez) is truly in the trash now.

While Charles, Oliver, and Mabel are all excited about their new possible ventures, something's holding them back: the fact that they're still persons of interest in Bunny's murder investigation. Yeah, that little detail might hold one back from enjoying their life.

Eventually, the three of them regroup and decide that they just can't stay away from the investigation, which is now being covered by the legendary true-crime podcast host, Cinda Canning (Tina Fey), who's throwing herself into investigating Charles, Oliver, and Mabel by making them the subject of her new podcast. With that, our three friends decide to band together once again to prove their innocence—and to start up the second season of their podcast.

A Painting With Legs 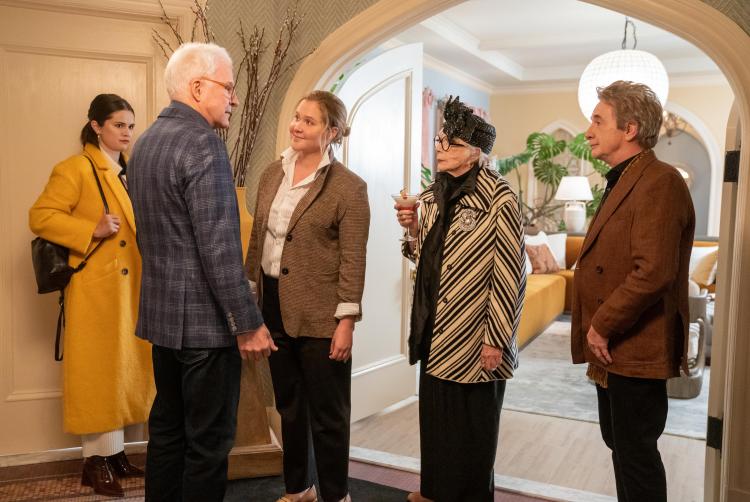 While meeting up in Mabel's apartment, Charles, Oliver, and Mabel start to hear Bunny's voice coming through the vent that leads to her apartment. But she's dead. Right? Well, kind of; her spirit—and voice—lives on through someone else.

Wanting to figure out what's causing all the ruckus, the trio decides to tunnel through the air vents and into Bunny's apartment, where they find her foul-mouthed parrot, Mrs. Gambolini, to be the one speaking like her owner. While in her apartment, they decide to snoop around and remove all evidence that could implicate them, which includes a slew of rude messages that Oliver sent to her. However, while inside, residents Uma Heller (Jackie Hoffman) and Howard Morris (Michael Cyril Creighton) open her door and walk in, as Uma is hoping to take with her a noteworthy (and semi-pornographic) painting of Bunny's.

They run into Bunny's bedroom and hide in the closet, though the footsteps get closer and closer as the painting is hanging up in the bedroom. But when Uma and Howard walk in, there's an empty space where the painting should be. The two leave shortly after, though while hiding in the closet, Mabel makes a discovery: there's an elevator hidden behind Bunny's wide array of fur coats that leads down to the back of the Arconia by the dumpsters.

After this discovery, Charles heads back up to his apartment and discovers that the painting is now hanging up in his apartment. Who is toting around this massive painting from room to room constantly? After telling Oliver and Mabel about this, they decide to pull off a little switcheroo. Here's the plan: Oliver and Mabel will bring the painting to Charles, who will be waiting for them outside of the elevator that leads to Bunny's closet. He'll sneak the painting back into the apartment and onto Bunny's wall while everyone's gathered for her memorial.

Oh, yeah. There's a memorial for Bunny. With her gone, it only seemed right for the residents of the Arconia to throw a small memorial to remember their often-times divisive and rude board president. But at the gathering, a new figure comes front-and-center, ready to sniff out who murdered her daughter, Bunny. And that, my friends, is a face that we haven't seen in quite a while on the big screen: Shirley MacLaine. She's playing Leonora Folger, Bunny's mother, who has a long past with the Arconia and knows quite a bit about the history of the building and its residents.

Through her, we're able to learn a few things about the painting. It turns out that it's actually depicting Charles' father with a semi-nude woman, and the painting was done by Rose Cooper, whom his father was having an affair with. Cooper also lived across the street from the Arconia years ago. But okay, back to the story.

When it comes time for the scheme to go down, Charles gets locked outside of the door to the elevator by the apartment building's dumpsters, leaving him, Oliver, and Mabel out in the open with the stolen painting. As other people start to head over to the dumpsters, they have to hide the painting between those very dumpsters, hoping to retrieve it later. However, upon returning, the painting is (of course) gone.

While visiting Schumer's penthouse apartment to talk about the proposed series, Oliver notices—while Schumer poorly plays away on the bassoon—that the painting is hanging up in her apartment, as she apparently found it in the dumpster. However, later on when Oliver, Charles, Mabel, and Leonora head up to Schumer's apartment, Leonora proclaims that the painting in her apartment is not the original—it's a dupe.

Now that we know the painting that's being moved from room to room is a fake, Charles, Oliver, and Mabel are left with quite a bit up in the air with regard to their investigation. However, we're given five final words to end off the second episode, and they happen to come straight from the beak of Bunny's parrot (which has now taken up residence in Oliver's apartment).

The one thing that I seemed to have conveniently forgotten from the first season of Only Murders in the Building is just how absolutely torturous it is to have to wait each week for a new episode. I know, this could be easily applied to any series that releases a new episode each week, but for some reason, the wait between each one of these episodes hurts a lot more.

So far, I've especially loved seeing more of Uma, as her disdain for basically everything and everyone is incredible—including her hatred of screw-top wine caps: "With a screw top? What happened, you couldn't find a box?"

We've only had Shirley MacLaine around for one episode, and I'm praaaaaaaying that she's a recurring character for the remainder of the season, even if it only means her telling us that her cocotini looks like "canal water." Listen, I could live without Schumer and Rapaport being a part of things, but MacLaine—both herself and her character—has been one of the most exciting people to watch in these first two episodes. I know she's 88 years old, but she's brought a freshness to this show that I didn't realize was even possible.

All in all, this season of Only Murders in the Building is already everything we wanted it to be—and more.