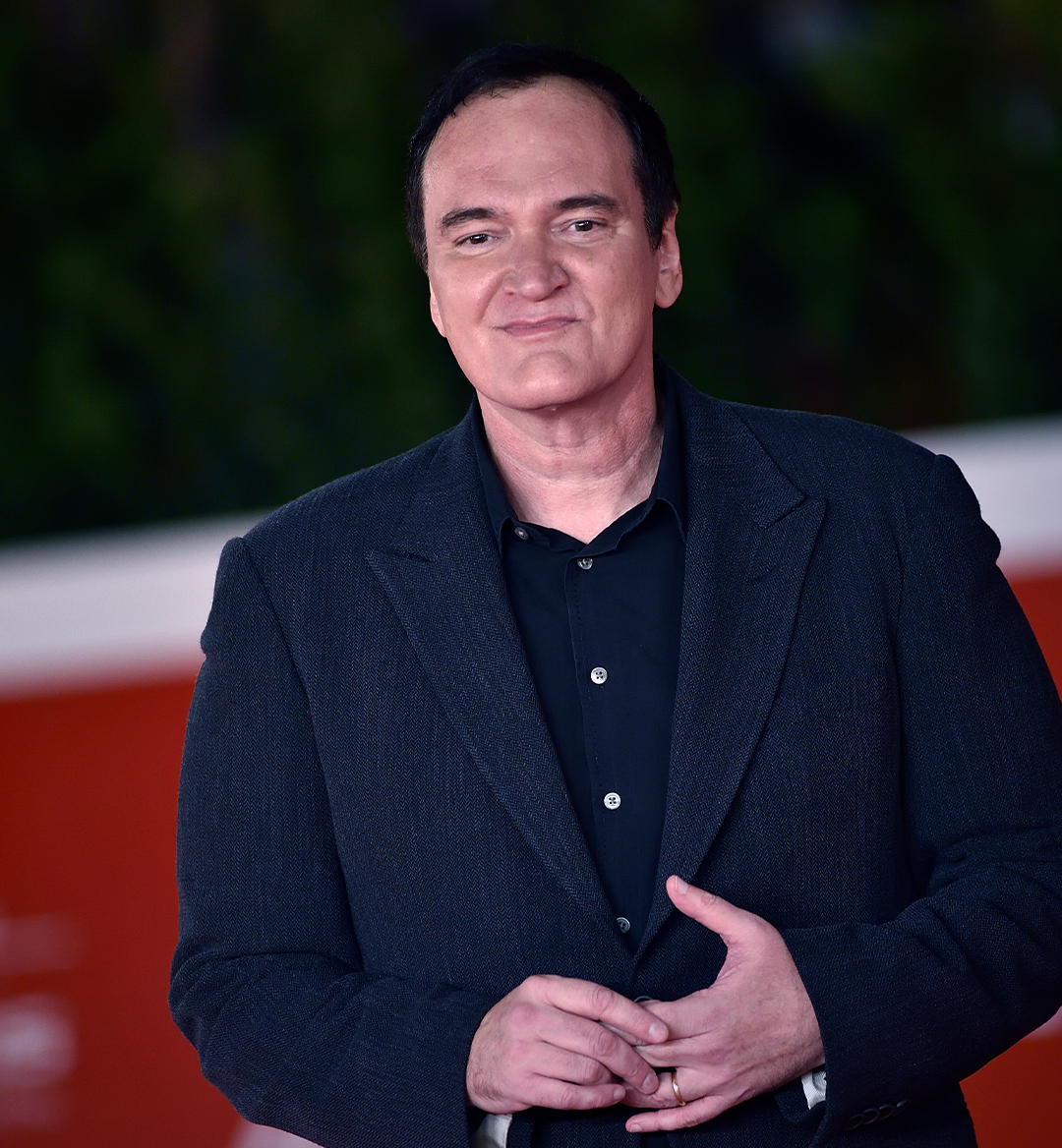 Consistency. Consistently controversial, consistently provocative, consistently masterful. There are very few filmmakers who can match the critical consistency that Quentin Tarantino achieves year in and year out. Every single film has achieved some level of critical success, from Oscar winners to niche cult favorites, and I am no different than the academy. I love and have great admiration for every single Tarantino film, which makes ranking his filmography a herculean task that is bound to cause some disagreements. It's tough but here are my rankings for all 10 Quentin Tarantino movies.

Starting off strong, but I swear this is my only controversial pick. The Kill Bill series is one that features so much stylistic flair and creative brain power that to me the well ran out on the second attempt (despite the two films being intended as one entity). The more Kill Bill you watch, and even more Quentin Tarantino films you watch the more the badass facade of the bride fades, and the hollow-ness beneath is revealed.

Negativity aside, would you believe me if I still said this film is an all-time favorite for me? View it as a testament to Tarantino's mastery in the director's chair, because this is a staple in the cinematic canon for good reason. This, along with its predecessor, is potentially the Tarantino film that packs the heaviest emotional punch, and for that, it deserves some credit.

No fault of Jackie Brown's, but (aside from Death Proof) this has become the most ignored film in Tarantino's catalog, and I'm not particularly sure why. Jackie Brown has all the usual hits of Tino films, off-the-cuff violence, relentless use of profanity, and high-stakes action feuds, but it goes forgotten in the grand scheme. Jackie Brown is fully epitomized by imperfection.

Every character is a rugged, older version of who they would be in a typical Tarantino joint. An aging bail bondsman, an over-her-head flight attendant, a drugged-out college-aged girl, and forgetful and imperfect ring leaders make up the cast of characters. I suspect the reason this has gone underappreciated is that it lacks the flash and narrative boldness that is present in the most well-received Tarantino outings (Pulp Fiction), but that's what makes it so good. Jackie Brown is complex in its own way with a web of intricate character dynamics and the "Who is working with who" factor. With some of the most likable protagonists present in any of his films, Jackie Brown is one that is sure not to disappoint, and one that is not to be overlooked (despite its "low" placement on this list of Quentin Tarantino movies.)

8. 'Once Upon a Time in Hollywood'

Quentin Tarantino's most recent outing has proven to be a polarizing one and for good reason. If Jackie Brown was a step away from the style we all know and love, then Once Upon a Time in Hollywood is a whole stroll away. This film serves as both a love letter to Hollywood and a dark retelling of some of its not-so-desirable, abusive, violent past.

OUATIH is filled to the brim with Hollywood lore that I can't even begin to get into in this measly blurb. Some seem to be off-put by the more reserved, day-in-the-life type narrative presented here, but even those people will be pleased with the finale of this film. OUATIH truly has something for everyone despite how polarizing and scattered it can be. I could see a good argument for it at any slot in this ranking of Quentin Tarantino movies.

Almost surely Tarantino's most stylish outing. Kill Bill: Vol 1 is yet another love letter to the films I can guarantee he fawned over as a child. With odes to the samurai films of the east, spaghetti westerns, gore-filled splatter films, and exploitation. Kill Bill is the favorite of many, and I am not denying its greatness. This film is endlessly quotable and absolutely thrilling. Quentin Tarantino is a master of the genre form, leaning into the most indulgent aspects of each genre he draws inspiration from and making it his own. Truly a one-of-a-kind creation that gracefully adapts, borrows, steals, and swipes from the greats that came before it.

Comedically violent at points. Django Unchained is the revenge film that we have come to love Tarantino for, period piece style. Kill Bill leaned into the spaghetti western flare, but Django truly doubles down. Stylistic in the most overt way, and when I say comedically violent, I mean it. Over the top in the best possible way, both in terms of the action, the ideologies, the dialogue, and the performances. The only fault of Django for me is the overall pacing, a film that begins as brilliantly as this one deserves a greater final act (particularly one that includes more Christoph Waltz).

I'm nothing if not a sucker for the claustrophobia and thrills of a contained action movie like this. A monumental feat of tension creation with limited actors, limited space, and limited creativity, but you wouldn't know it from this three-hour epic. Visceral, snappy, disgusting, and chock-full of grandiose expressions of violence.

Political and intricate, the characters in this film have to decipher what is what when caught in "a plot of betrayal and deception". Shocking that a film of this caliber, this length, can exist, not even to mention the extended cut which clocks in at a whopping 210 minutes, without a single down, unexciting moment. Potentially Tarantino's most thrilling relative to its length, but not his most thrilling period.

Tarantino's most underrated work without a doubt. One half of Grindhouse, an epic double feature with Planet Terror put together by two phenomenal talents, Quentin Tarantino and Robert Rodriguez. It features two absurd, schlocky, violent feature films, and in between the two are fake trailers by the likes of Edgar Wright, Eli Roth, and Rob Zombie.

A star-studded crew makes up an unforgettable experience, but this isn't about the full Grindhouse experience, this is about Death Proof. This film is gritty, over the top, thrilling, and most of all Self-Aware. Not only that, but it's an absolute breath of fresh air when compared to the controversially masculine nature of his other films. Death Proof will take you somewhere you don't expect to be with a Tarantino feature, and the ending is something to behold.

In this film, he clearly defines the style that would come to define him in later years, and he did so so effortlessly. Characterized by charm out the ass, fastly paced dialogue/action, jaw-dropping lines of dialogue, and of course the violence and crime that is present in his entire filmography.

The most audacious directorial debut, ever. Reservoir Dogs is a blood-spurting, heartrate-boosting, fractured narrative film with deeply flawed, prejudiced, asshole characters... sound familiar? Quentin Tarantino established his signature style immediately out of the gate, with Reservoir Dogs. This film is shocking, exciting, and hilarious and does not falter for a single second, with twists and turns that some call predictable, but I don't feel the same.

On the first watch, and even on subsequent viewings, I have been strapped to my chair and even shocked at the events that transpire. Darkly comedic in the same way that his other early films are, Reservoir Dogs features various self insert rants, lines, and characters that talk about nonsense for extended periods of time, and it's hilarious. Absolutely essential, and absolutely a contender for his best film ever.

Not a unanimous no-brainer decision to place this in first place on a ranking of Quentin Tarantino movies, but I am confident in my choice. Inglorious Basterds is one of the defining films of the 2000s, with its audacious nazi-killing centric plot, shocking thrills even from the first scene with the great Christoph Waltz, and surprisingly graceful humor. As we've seen in the past with films like Jojo Rabbit, tiptoeing around nazi humor is tricky, and many were displeased, offended, or straight-up disgusted by the way it was presented in that film, but I have never seen that complaint leveled against Inglorious Basterds. Snappy dialogue and brilliant subtlety even with such a "loud" subject matter, combined with the usual Tarantino staples make for a proper masterpiece of the 21st century. Unforgettable and unmistakable, Inglorious Basterds demands to be seen.