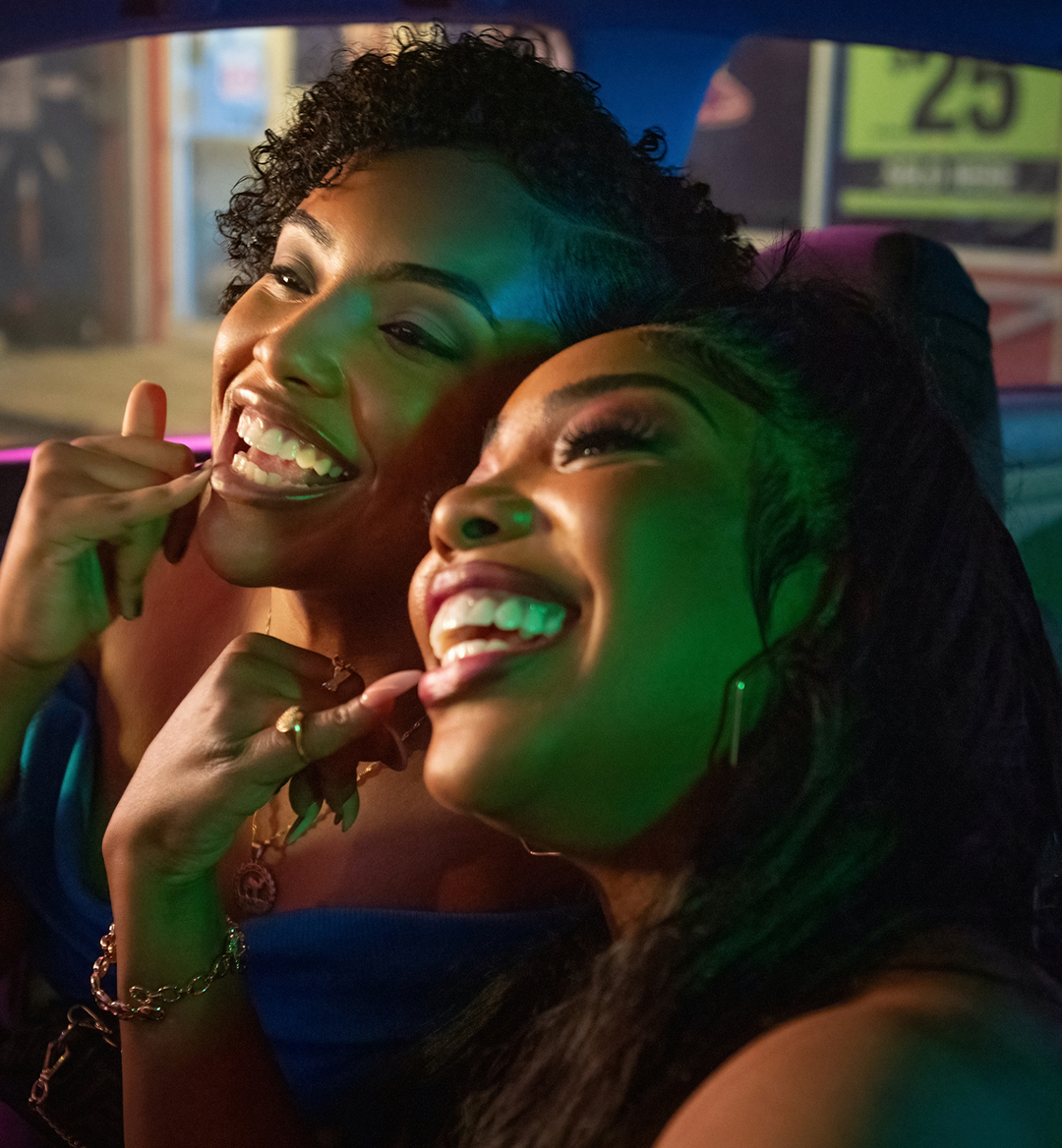 I'll be honest, when—five minutes into this series—I realized that the entire thing was going to be told (mostly) through the lens of Instagram stories, Instagram lives, and FaceTimes, the cynic in me wanted to just smack the heck out of that "exit" button on HBO Max and blast right out of there. Though then again, the HBO Max interface only actually works about a quarter of the time, so there was probably no getting out of there.

But anyway, I didn't—and that's because this show is that good.

Rap Sh!t—from the great mind of Issa Rae—is all about perception; the incorporation of the iPhone aids in that cause, creating a multi-dimensional portrait of each character. The series takes place in Miami, following Shawna Clarke (Aida Osman) and Mia Knight (KaMillion), two friends from high school who—through the natural twists and turns of life—became distant in the years since their graduation.

With both of them still being in Miami, they end up getting together on a whim one night for drinks, with neither of them really knowing what to expect from the other. And as all good nights end in empty parking lots, shooting the breeze in a car, this one concluded right there, just like it would have in high school. Except that this time around, they were a little more honest with each other—and a little more amazing at freestyle rapping. 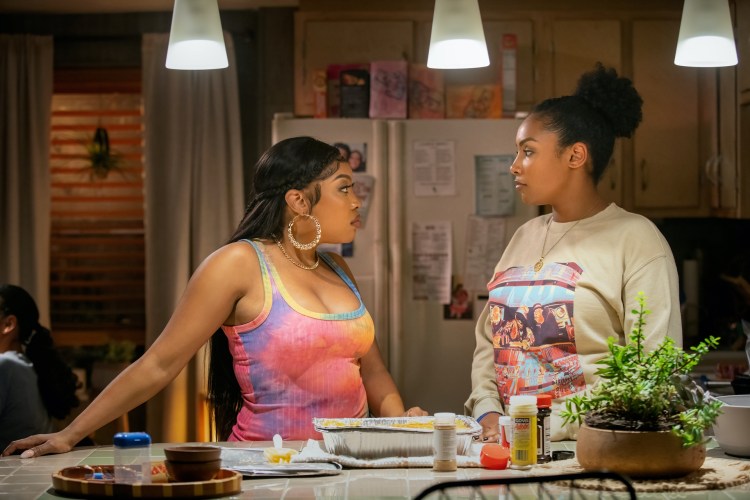 When we leave high school, I'd say that the bulk of us only end up keeping in touch with about a handful—if that—of those who we graduated with. Friendships fade, careers change, and oceans get in in the way of things. In quite a few different senses, Rap Sh!t is about the one who got away—and if reconnecting with that person you lost touch with can actually be done. The answer to that? It's complicated (starring Meryl Streep).

Shawna and Mia are at two very different points in their lives: Shawna is working as a concierge at the Plymouth Hotel, trying to break through into the rap scene while Mia is working three different jobs and raising her daughter, Melissa, as a single mother. She's also having to deal with her daughter's father, Lamont Diggs (RJ Cyler), an aspiring music producer who's always late on his support payments yet finds the time to go live on Instagram with his freshly-minted, diamond-clad watch.

On the other hand, Shawna is dealing with the realities of a long-distance relationship as her boyfriend, Cliff Lewis (Devon Terrell), is pursuing a law degree in New York City. Attempting to stay in the loop of his life at law school, she notices a few (maybe harmless) comments he left on one of his female classmates' Instagram posts, causing her to question if what they have is actually real. 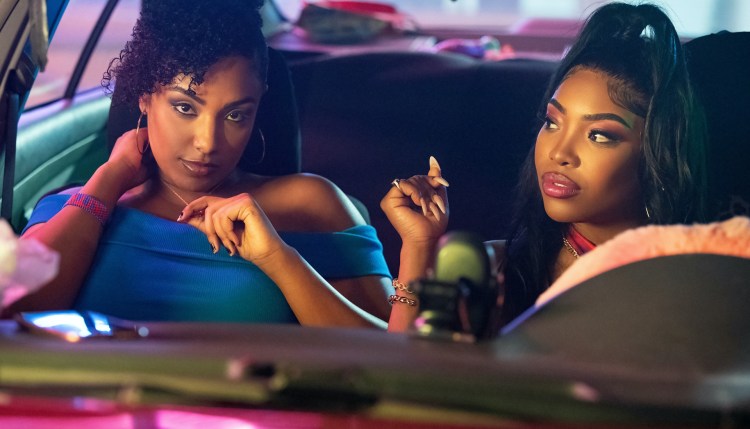 We all have preconceived notions of people, but it really isn't until two people meet—or, in this case, re-meet—that things become more clear.

When Shawna and Mia finally get honest with each other in that parking lot after grabbing drinks, they're able to break down that years-long barrier that had prohibited each from seeing clearly into the other.

"I ain't wanna come out with you tonight," Mia said. "I feel like, after high school, you just peaced all the way out and acted brand new. Like, you thought you was better than everybody. I mean, you just stopped hitting me up after I had Melissa."

And with that, honesty begot honesty.

"If I'm being honest, I never got my degree. I dropped out to work with this manipulative producer, and I thought that he and I were gonna make it together," Shawna said. "Younger me never thought I would still be here, back in Florida, working at the Plymouth, not doing shit. Like...it's really, really embarrassing."

The two basically called a truce after that point, and it turned out that clearing the air made room for some major creativity, as the pair then proceeded to rap live on Instagram from their car (while still slightly drunk), garnering them quite a number of hits in the process and the idea to start a rap group together, all from a song that they just created on the fly.

Despite that moment, the two still have some serious work to do on their relationship, as their perceptions of each other weren't just cleared up with the snap of a finger—and that's where this series is really hitting the nail right on the head.

Now that they've formed a rap group and need to get down to business with writing songs, they have some pretty different thoughts about what they should be rapping about. Mia's ideas involve "fast cars and money" while Shawna wants to be rapping about student loans ("technically, I'm rapping as the student loans," Shawna clarifies).

Those very ideas further perpetuate the stereotypes and perceptions that Shawna and Mia have about each other: how Mia thinks Shawna is a show-off-y brainiac while Shawna feels that Mia is being too "basic." Throughout the second episode, we watch on as the two work through these preconceived ideas and attempt to find the old middle ground that they used to have in high school.

It's no shock that a series this honest, clever, and funny would come from the mind of Issa Rae and the writers and producers she holds close, like Syreeta Singleton and Amy Aniobi. And while Rap Sh!t didn't receive as much hype prior to airing as other mainstays like Succession and Euphoria, my bet is that it'll be a bit of a sleeper hit before expanding to a wider audience, sort of like what happened with Yellowjackets back in the fall on SHOWTIME.

Sure, it takes a little bit of time to get used to the way the series is shot, but once the show hit its groove in the second episode, everything else fell into place.