Chomp Chomp: 'Shark Week' vs. 'SharkFest', a Battle of the Fins 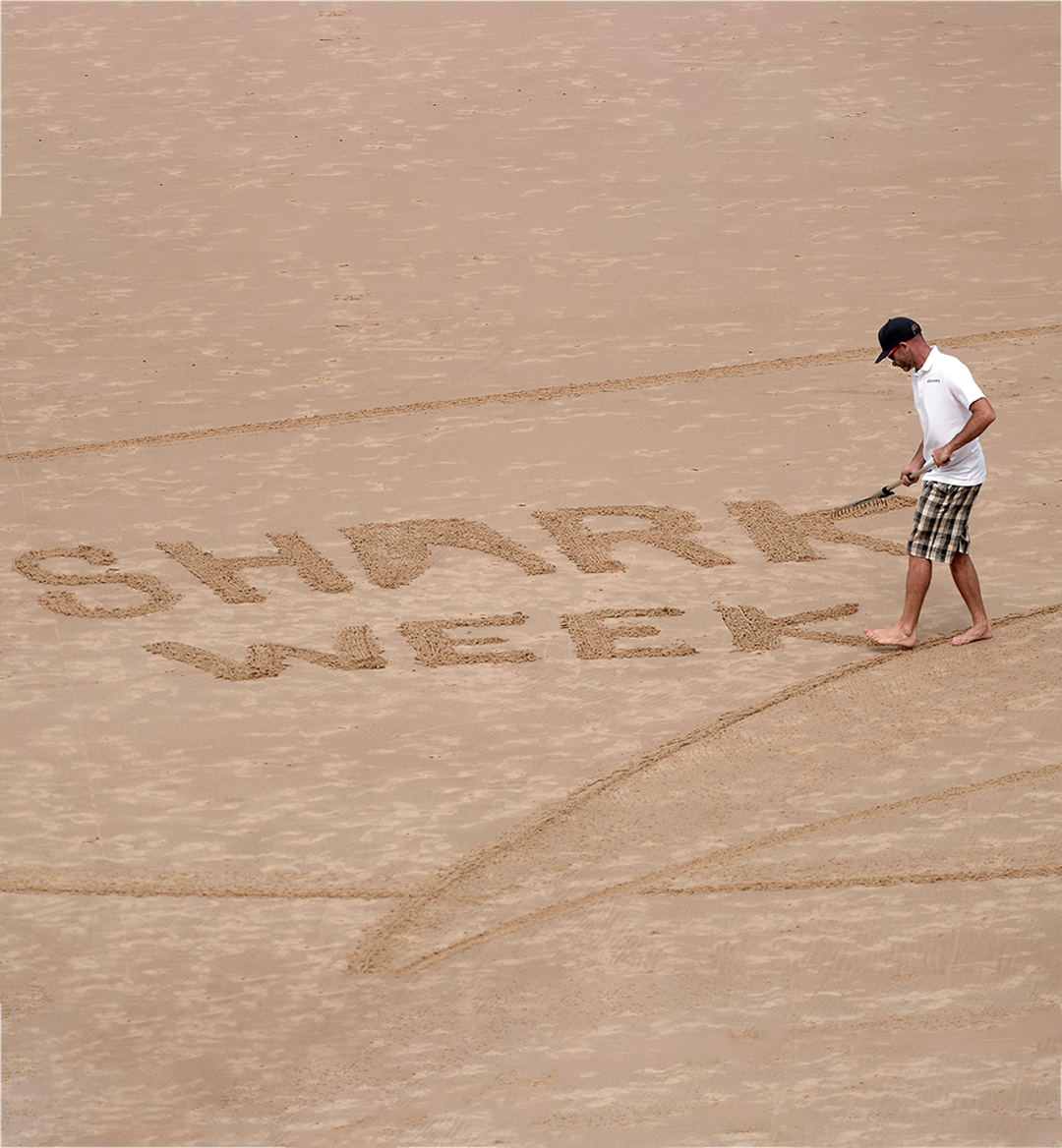 When you're born in the month of July and rocked to sleep for quite a few nights under the dim light of great white sharks launching themselves into the air, you're bound to have a fraught relationship with the creature.

There are only two things in life that are both completely frightening and fascinating to me at the same time: PTA moms and sharks. Honestly, I think it's just the shark teeth because when I see photos of goofy, human teeth superimposed into their mouths, they're suddenly not as absolutely terrifying as they were before.

When Shark Week first aired in 1988, just a year after the final installment in the Jaws franchise, Jaws: The Revenge, I'm sure the creators at Discovery Channel assumed it would garner a fair amount of attention. With Shark Week 2022 this year (just a short 34 years later), the programming is as strong as ever, except for one minor thing: it's got a competitor now.

It turns out, all you have to do is slap the word "fest" right after the word, "shark," and you've got a budding rivalry and a month's worth of programming. SharkFest is an entire month of TV specials and other programming, though it's on National Geographic instead of Discovery Channel. In essence, Shark Week is like taking home a goodie bag from a birthday party while SharkFest is like demolishing the entire pinata, taking all of its contents home for yourself, and feeling ill for the next few days because you ate an absurd amount of banana Laffy Taffys.

But listen, I'm aware that this special week isn't perfect; it does have quite a speckled past when it comes to misleading viewers—let's take the over-hyped special, Phelps vs. Shark, for example. Maybe I'm just a romantic, but with the lack of details prior to the special's airing, I assumed that we would be seeing Michael Phelps actually racing against a great white shark. Alright, I realize now that that assumption is a little ridiculous (really, is it?).

I figured Phelps would be in one enclosed lane and the shark would be in another, maybe with some chum at the end of its lane to keep it going, and they'd race against each other like some sort of twisted, underwater Kentucky Derby. Turns out, they just timed Phelps racing and then compared it with the time it would have taken a shark to do the same. Riveting content, right there. Sure, my idea may have been absurd, dangerous, and probably not feasible, but timing Phelps against a shark? You can't title that, Phelps vs. Shark: that's like a time trial race in Mario Kart.

One thing I do have to add is that there's another "vs." special this year for Shark Week 2022, except this time, I genuinely have no idea what to expect, and that's because it's titled Pigs vs. Shark. Yep, pigs. Anyway, I'll be tuning in regardless (July 26 at 10 p.m. ET on Discovery Channel), you know, because pigs.

The problem with SharkFest is that it washes out the whole "special-ness" of Shark Week, which is only one week, hence the name. Now we've got an entire month of the ambiguous SharkFest with Shark Week getting mixed in between it all. Not only is it cheating us out of fully enjoying our sacred week, but it's clubbing us over the head with shark content. But that's not all: it also has misleading specials, though, with SharkFest, they're slightly more annoying.

Just last week, SharkFest was airing a show titled, When Sharks Attack, and they had us all hooked on this one story about a woman who was "attacked" by a great white shark, though as the story continued to go on (and as we saw the woman standing there telling the story without even so much as a missing limb), it became more and more obvious that the tale being told wasn't even of an actual shark attack: her surfboard was just nudged by a shark. She ended up swimming to shore and was completely fine.

Alright, maybe I'm a stickler when it comes to what defines a shark attack, but answer this: if someone's telling you a story about being attacked by a shark, don't you expect them to have actually been attacked?

Anyway, this whole SharkFest thing seems a lot like when Pretty Little Liars decided to release a spinoff series called Ravenswood while the original series was still airing, which just complicated things too much and ultimately led me to stop watching the series entirely. And no, I'm not still salty about it.

Shark Week 2022 kicks off on July 24 on Discovery Channel; SharkFest starts on July 10 and airs for four weeks on National Geographic.