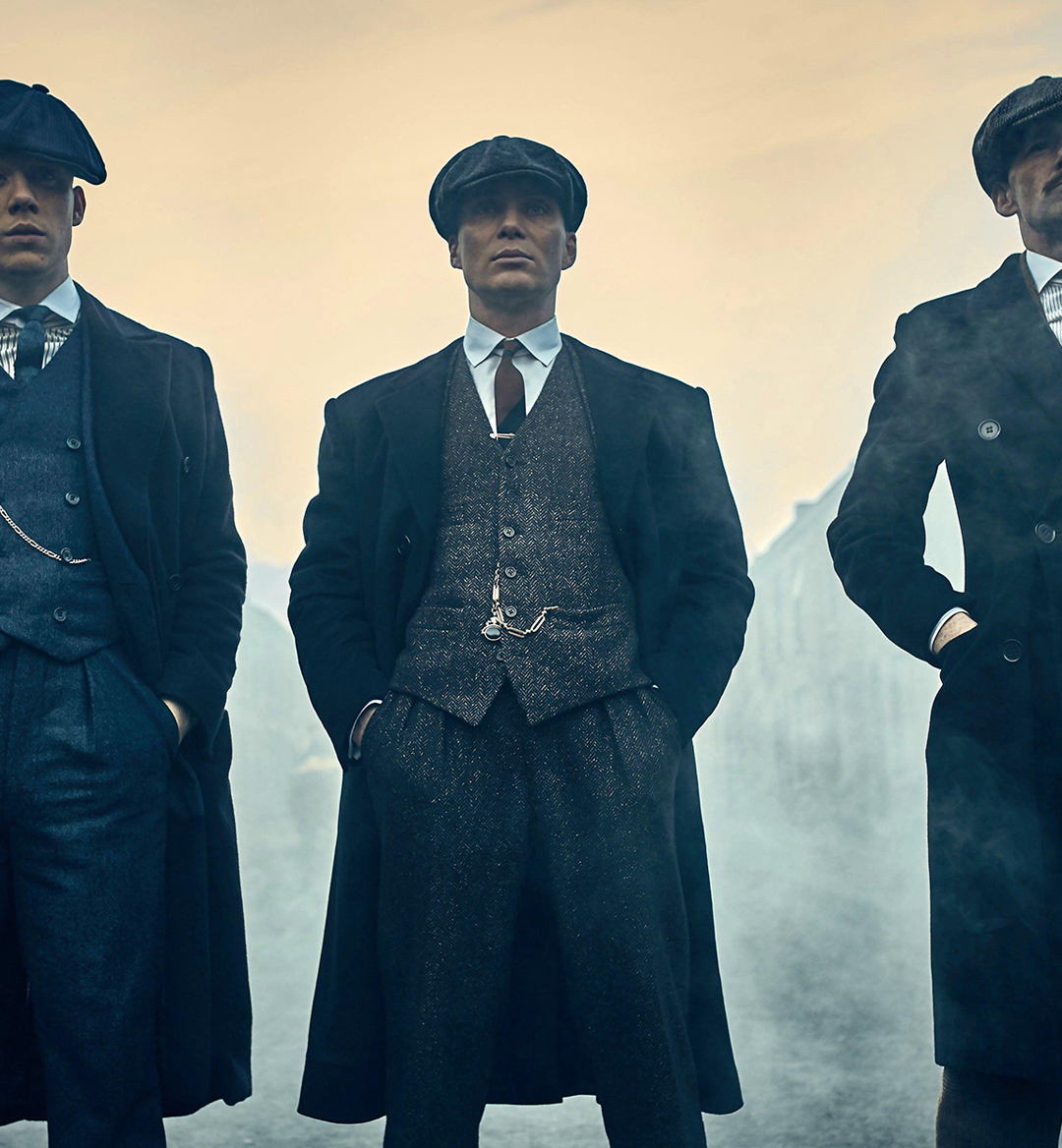 Upon release, Peaky Blinders became a fan favorite in both the United Kingdom and the United States, thanks in no small part to Netflix and the ability to binge-watch episodes. Plenty of shows like Peaky Blinders exist, but it manages to set itself apart by telling a compelling story of not just crime but also familial and political struggles as well.

Peaky Blinders tells the story of Tommy Shelby and the Shelby family as they establish themselves as a criminal syndicate in post-World War 1 Birmingham, England. Through sheer will and a lot of violence, the Shelby clan slowly begins their conquest of not just Birmingham but their own slice of the British criminal underworld.

The end all be all for crime shows. The Sopranos, if you haven't watched it already (first of all, why?), follows New Jersey mafia boss Tony Soprano as he deals with personal and professional issues. Forced to deal with two families, Tony, and a stellar supporting cast, navigate the complex web that is created when living in the world of the Mafia.

It examines how things like violence, anger, narcissism, and toxic masculinity play in modern society and how they affect everyone. The Sopranos is very similar to Peaky Blinders in that sense, with Tommy Shelby and Tony Soprano sharing many similar traits, not to mention they're both crime bosses.

Along with The Sopranos, one could easily argue that The Wire is the greatest TV show of all time. Created by David Simon, the show follows the Baltimore police as they investigate local drug syndicates. However, each season of the show also looks at different city institutions and their relationships with law enforcement. Areas like the dockworking industry, politics, education, and journalism are examined, providing for not just a great crime series but an important sociological one as well.

A spiritual successor to The Wire, which was also created by David Simon and is set in Baltimore, We Own This City is the story about the Gun Trace Task Force. The GTTF was a unit of the Baltimore police department that was tasked with getting guns off of the streets, but as time went on, it gradually became more and more corrupt. Starring Jon Bernthal and a bunch of familiar faces from The Wire, this is a fantastic limited series.

A series much more in line with Peaky Blinders in terms of the time period, Boardwalk Empire takes place during the era of Prohibition in the United States. It mainly follows Nucky Thompson (Steve Buscemi) as he rises from political operative to part-time gangster in Atlantic City. The series also looks at the early days of some of the most well-known gangsters in history, like Al Capone and Lucky Luciano. If you're looking for one of the best shows like Peaky Blinders, Boardwalk Empire fits the bill.

When it comes to thrillers and high-stakes detective shows, you won't find one much better than the first season of True Detective. An absolute masterclass in storytelling, the first season follows a pair of detectives (Matthew McConaughey and Woody Harrelson) as they investigate a murder in Lousiana. What unfolds is a dark web and a conspiracy involving not just the killer but officials in the Lousiana government.

A "fish out of water" type of crime show, Ozark is the story of what is seemingly a normal family on the outside, but the father, played by Jason Bateman, is secretly a money launderer for criminals. As they get deeper into the world of crime, their lives are increasingly in danger, making Ozark a thrilling watch.

While Succession isn't like some of the other shows like Peaky Blinders on this list, the family dynamics of the Roy clan are strikingly similar to that of the Shelbys. Succession is a constant battle between familiar members who will eventually run the show at Waystar Royco but also a look at the lifestyle of those who consider themselves better than the rest of the population.

It has some of the best writing and acting currently on TV and is one of HBO's most outstanding shows of the past decade.

Another show that follows a family of criminals, Sons of Anarchy, takes place in California and the Sons of Anarchy motorcycle club. Starring Charlie Hunnam as Jax Teller, we see the members of SAMCRO interact with their rivals, the Mayans, the local Mafia, and even the True IRA, who supply them with weapons to sell.

It's a violent, Shakespearan tale that features great performances, action, and drama across its seven seasons.

Crime, corruption, and a whole lot of cursing are the name of the game in Deadwood, South Dakota. Set in the days of the Old West, South Dakota is still an unincorporated territory and, therefore, not part of the United States and not adherent to our laws. People came from far and wide to take advantage of the lack of organized law in the town, as well as the Gold Rush taking place.

Ian McShane delivers a legendary performance as Al Swearengen, the owner of the Gem Saloon and the de-facto crime boss of Deadwood.

A series that I would put in contention for the greatest show of all time, Breaking Bad is the story of Walter White, a high school chemistry teacher who is diagnosed with terminal lung cancer and begins making crystal meth to leave his family some money when he's gone.

His journey from unassuming chemistry teacher to drug kingpin is tumultuous, and plenty of bodies are left in his wake. Bryan Cranston delivers one of the greatest acting performances in television history, and Breaking Bad is a must-watch for him alone.

A prequel series to Breaking Bad, Better Call Saul centers around Jimmy McGill, a down on his lawyer who will one day become the criminal lawyer Saul Goodman. In Breaking Bad, Goodman is Walter White's lawyer who aids White in his drug dealing. However, while McGill is a scheming, underhanded lawyer in this series, he is much more morally gray than in Breaking Bad.

Bob Odenkirk is fantastic as Jimmy, and he is joined by a stellar cast that includes Rhea Seehorn, Patrick Fabian, and Michael Mando. It also features Giancarlo Esposito and Jonathan Banks, who reprise their roles from Breaking Bad as Gus Fring and Mike Ehrmantraut, respectively.

While Penny Dreadful didn't initially generate much buzz, the second and third seasons of the show were almost universally praised both critically and by fans. The show's setting of old-school London and beyond is where the similarities between it and Peaky Blinders are most apparent, but the themes of birth shows are similar as well.

In the immediate wake of the horrific Jack the Ripper slayings, the London borough of Whitechapel was in a panic. It is here where the series Ripper Street takes place, six months after the final murder by Jack the Ripper, and it follows a group of detectives who investigate a new series of killings that might signal the Ripper's return.

Running for five seasons, Ripper Street is an interesting look at life during that era, as well as the hardships so many people were forced to live through in squalor in one of London's worst neighborhoods.

The tale of the infamous drug dealer Pablo Escobar and the Medellín Cartel, Narcos centers around the DEA agents sent by the United States to bring him down, along with Colombian law enforcement. Wagner Moura shines as Pablo Escobar in the first two seasons of the show with Boyd Holbrook and Pedro Pascal also delivering incredible performances as well.

The third season follows the investigation into the Cali Cartel, which became the biggest drug dealing organization in history.

watch on netflix
Slide 1 of 3
Did you like this article?