'We Own This City' Is A Worthy Successor to 'The Wire' 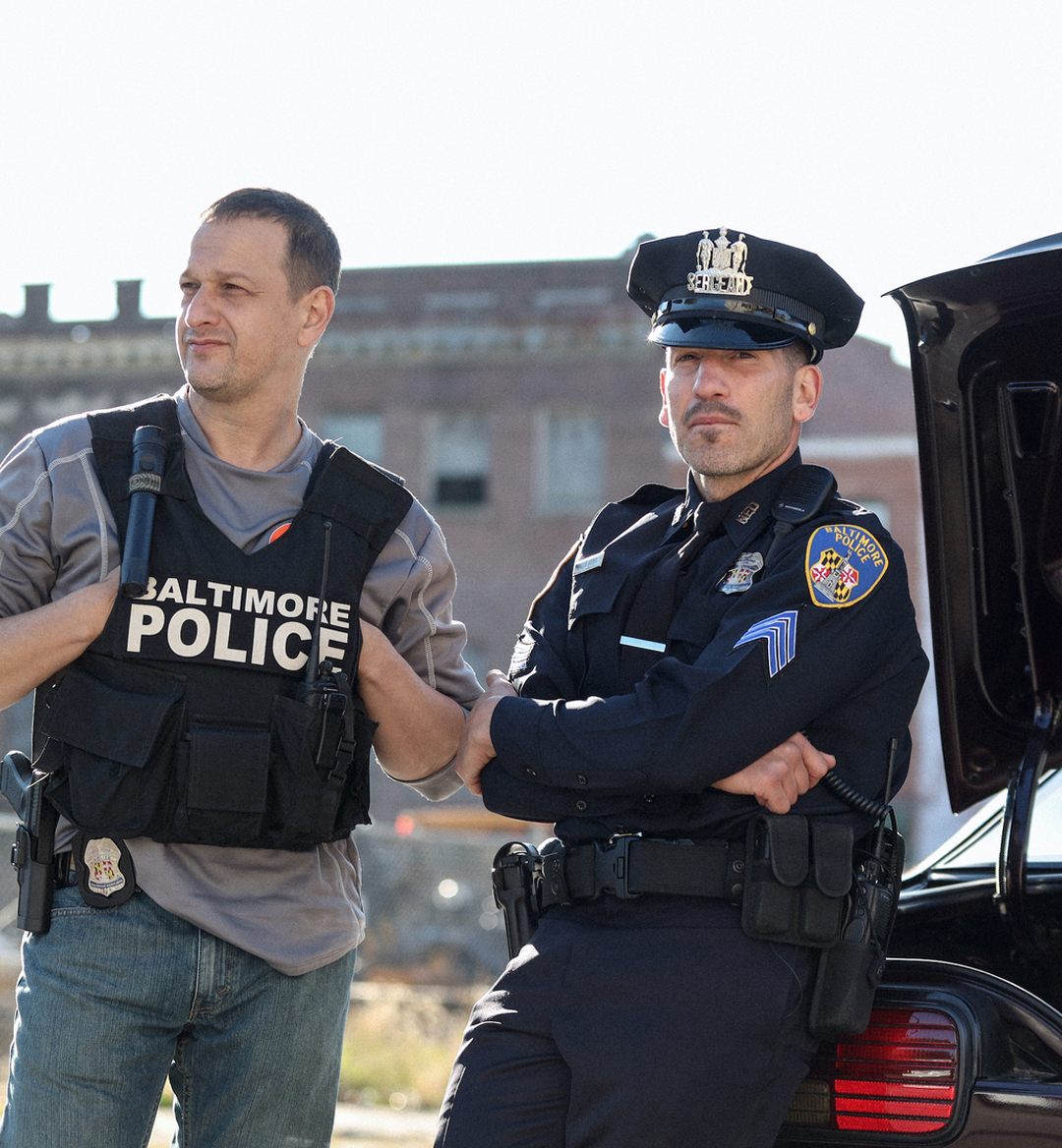 Everybody agrees that We Own This City, David Simon’s and George Pelecanos’s latest Baltimore epic, is an important show. It’s incisive—necessary, even. A fictionalization of Baltimore Sun reporter Justin Fenton’s 2018 book, We Own This City is a spiritual successor to The Wire, telling the story of Baltimore’s Gun Trace Task Force, an elite plainclothes police team turned criminal syndicate. If Simon and Pelecanos explored a city in decay in The Wire, We Own This City concerns itself with a Baltimore Police Department that’s already been irredeemably atrophied by brutality and corruption. It’s an uncompromising look at the way that Baltimore and its police department have failed its citizens.

Whereas The Wire was a sprawling story told directly, We Own This City weaves together multiple timelines to tell a more focused story about the GTTF and their leader, Wayne Jenkins (Jon Bernthal); the bulk of the show takes place in 2015ish around the Freddie Gray uprisings, but there are frequent semi-confusing flashbacks and flashforwards. This trifurcated narrative structure gives the show a pleasing before, during, and after quality: Jenkins’ progression from an earnest rookie to a thieving menace at the head of the GTTF to the subject of an FBI interrogation is easy to track.

As such, there’s a twisting bramble of characters branching out from the central Jenkins plot—Wunmi Mosaku portrays Nicole Steele (one of the few fictional characters in the show), a crusading civil rights attorney from the Department of Justice who’s tasked with looking into the Baltimore Police Department and serves as the show’s conscience; Jamie Hector (Marlo Stanfield, The Wire) returns to the Simon Cinematic Universe as Sean Suiter, a straight-edge detective who gets dragged into Jenkins’ orbit.

At the heart of the show, though, is Jenkins and the GTTF. This is a crackpot Ocean’s Eleven crew of depravity—Daniel Hersl (Josh Charles) is the terrifying enforcer, Momodu Gondo (McKinley Belcher) is a crooked cop with ties to drug dealers, Maurice Ward (Rob Brown) is the green officer who simply sees how aligning himself with Jenkins could help his career. Over six episodes, the GTTF steals, lies, and even kills—and they get results, too.

“Do you know what Baltimore cops who don't have complaints are doing all day?” says Hersl. “They sure as hell ain't policing."

But more than anything, Bernthal’s Jenkins is the show’s animating force. In Bernthal’s hands, Jenkins is all fidgety machismo and raw-nerve aggression. It’s a performance so visceral that it almost devours the entire show; every scene with Wayne Jenkins feels more alive than every scene without him. Rather than simply depicting Jenkins as an amoral monster, Bernthal brings such powerful charisma to the part that although you aren’t “rooting” for Jenkins, you can at least recognize the progression of his perverted inner logic. When Jenkins is snubbed at a barbecue, Bernthal makes you feel the personal injustice; when Jenkins lays out his plan to bilk the city out of overtime payments, Bernthal imbues his speech with a preacher’s rousing clarity of purpose.

“As long as we [get guns], as long as we produce,” Bernthal says, “they don’t give a fucking shit what we do. We can literally do whatever the fuck we want. We own this city.” 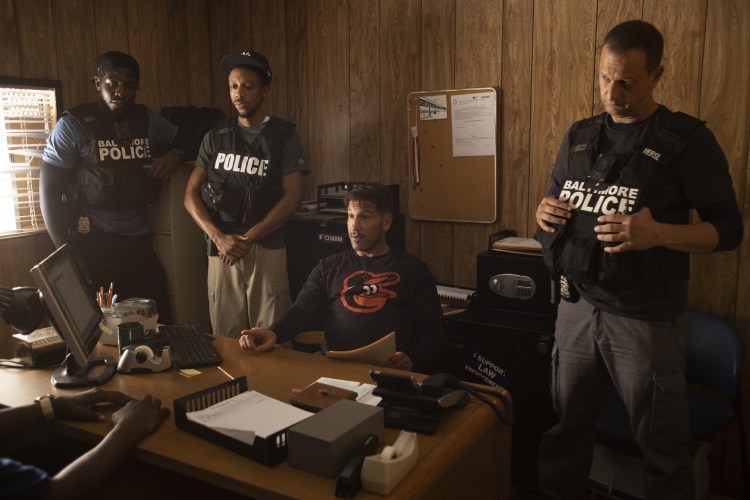 In typical Simon fashion, We Own This City considers itself a piece of journalism rather than merely a TV show. Accordingly, director Reinaldo Marcus Green (King Richard) grounds each shot in a jittery, on-the-shoulder realism, eschewing artsy, cinematic convention—Police raids and arrests are shown as acts of stark, everyday violence, not thrilling crusades.

While the show has a clear thesis statement, it resists ham-fisted moralizing for the most part. It’s obvious that civic trust in the police has been eroded when DAs struggle to cobble together 12 jurors who haven’t been wronged by the police; it’s obvious how that civic trust has been eroded when the BPD celebrates Jenkins and the GTTF while ignoring their process. Save for a clumsy monologue about the evils of the drug war, the show is so effective because it treats its audience like adults.

In this sense, We Own This City operates on an entirely different, more pessimistic premise than The Wire. If “natural police'' like Lester Freamon and Bunk in The Wire offered hope that policing could be redeemed by good people and hard work, We Own This City shows how cronyism and institutional moral rot incentivizes and rewards Jenkins and the GTTF.

Copaganda, this is not.