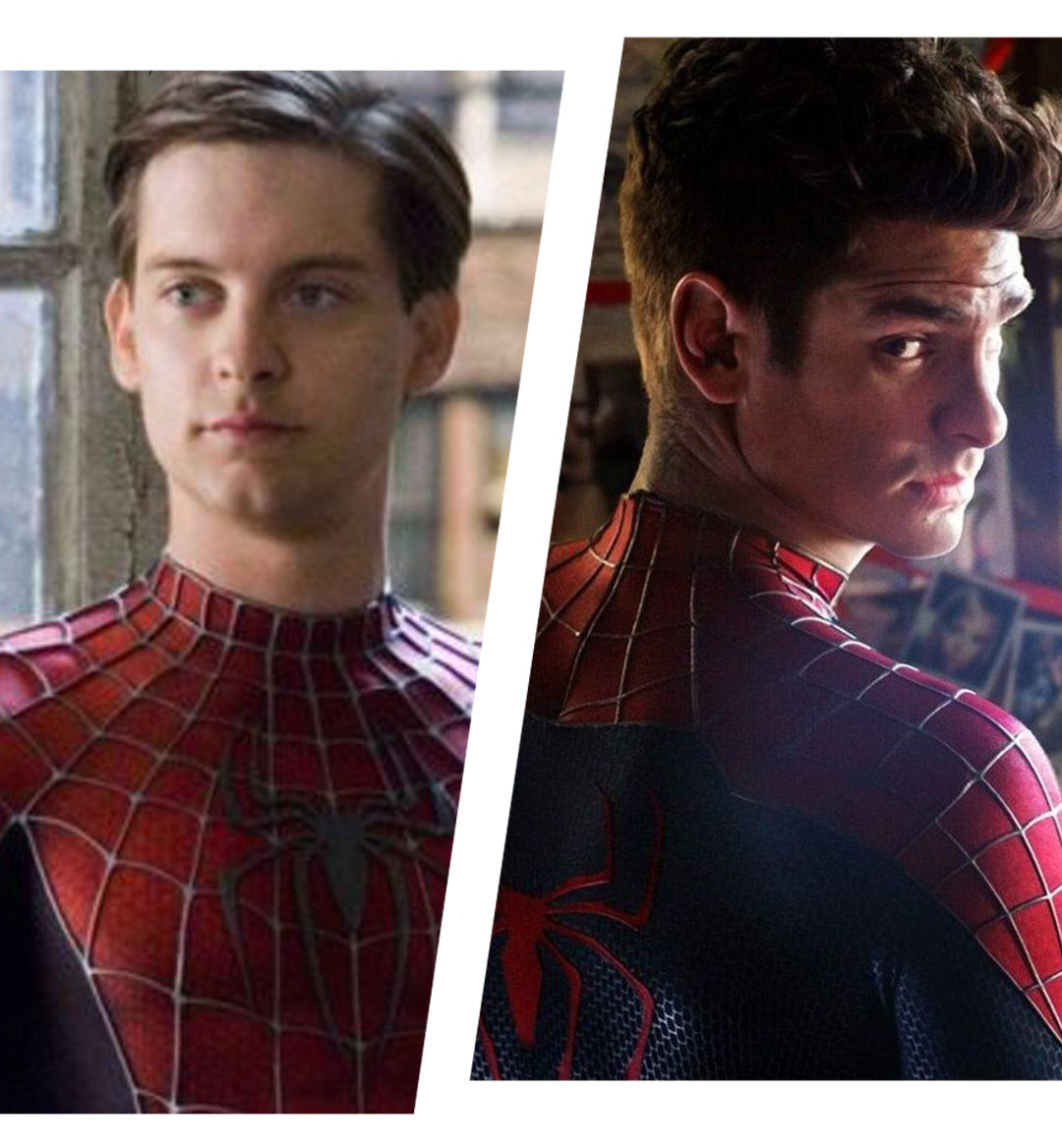 Picture this: Tom Holland, in the next Spider-Man film, is fighting the latest villain that is hell-bent on destruction and committing all sorts of villainy. Peter Parker is nearly beaten, and all hope seems lost when all of a sudden, he is rescued by not just one, but TWO...Peter Parkers.

If the current internet rumors are to be believed, that exact scenario may play out on the big screen, and it isn't as implausible as it might sound. The next Spider-Man film may be bringing back two of the actors that once helped bring the wallcrawler to the big screen: Tobey Maguire and Andrew Garfield.

If you're confused, don't worry because you aren't alone. From both a story and business perspective, here is how Sony and Marvel might be able to pull this off.

It was recently announced that Benedict Cumberbatch would be reprising his role as the Sorcerer Supreme, Dr. Strange, in the, as of yet, untitled third Spider-Man film.

We've seen that Dr. Strange was responsible for helping transport heroes from all over the galaxy to help defeat Thanos at the end of Avengers: Endgame, so needless to say, his powers are pretty extensive. But how about different universes? Is Dr. Strange powerful enough to do that?

Given the fact that Strange has already toyed with different dimensions in his own standalone film, fighting off the villain Dormammu and preventing the end of the world (a pretty common theme in Marvel movies) traversing universes seems like a regular day for Dr. Strange.

The Dr. Strange sequel's title was revealed last year to be Dr. Strange and the Multiverse of Madness, so a multiple universe storyline has been in the works for a while. With the addition of the Scarlet Witch, played by Elizabeth Olsen, who in the comics is one of the most powerful characters in all of Marvel, it is certainly possible for both of these characters to open the doors to multiple universes.

This idea of multiple universes would also help explain the addition of a few characters, including one that has already made an appearance in Spider-Man: Far From Home. J. Jonah Jameson, newspaper editor, conspiracy theorist, and Spider-Man's number one hater, appeared at the end of that film to not only accuse Spider-Man of committing the crimes perpetrated by Mysterio but also revealed his secret identity. Jameson was portrayed by the legendary J.K. Simmons, who also played the character in the Tobey Maguire Spider-Man films, so the connection is already there. Is this an alternate version of that J. Jonah Jameson? Could it be the Jameson pulled from the Maguire universe? The possibilities are endless.

It was also revealed that Jamie Foxx would be reprising his role as Electro, one of the villains from The Amazing Spider-Man 2, the second film that had Andrew Garfield playing the wall-crawler. The movie and Foxx's character were both panned by critics and audiences, but clearly, there was enough interest (not to mention Foxx's star power) in Electro to bring him back.

He is the second character after J. Jonah Jameson to enter the MCU after appearing in a non-MCU Spider-Man movie. How will Marvel explain the return of both these characters? We're thinking (and seriously hoping for) a multiverse!

Let's Get Down to Business

In 2018, ONE37pm talked a little bit about how the Spider-Man character's film rights are a little complicated, to say the least. For a long time, Sony exclusively held the rights to Spider-Man following Marvel's sale of the rights in the 1990s, which led to the Tobey Maguire films. For a while, the Spider-Man films were really the only superhero movies worth watching, until Christopher Nolan kicked off his Dark Knight trilogy.

When Iron Man was released in 2008, beginning the MCU, it soon became clear that Marvel Studios had a possible goldmine on their hands. They made movies featuring some of their big names like The Hulk, Thor, and Captain America, but their most popular characters, such as the X-Men and Spider-Man, were out of their reach due to film rights issues.

As the MCU's popularity and financial success continued to skyrocket and Andrew Garfield's films were critically underwhelming, Marvel Studios and Sony reached an agreement that allows Spider-Man to appear in the MCU. Since then, Spider-Man has appeared in five MCU films (Captain America: Civil War, Spider-Man: Homecoming, Avengers: Infinity War, Avengers: Endgame, and Spider-Man: Far From Home), and his future in the MCU truly seems limitless.

This relationship has not been without its speedbumps, as there was a brief dispute between Sony and Marvel in 2019 that threatened to remove Spider-Man from the MCU altogether. Thankfully, that dispute was resolved.

From a business perspective and what type of contracts Maguire and Garfield actually have with Sony is unknown, but they have both hinted that they are at least open to returning as the characters.

Is there truth to these rumors? Would you like to see Maguire and Garfield return? We say yes, but that might just be us being greedy.