HBO Max's "Somebody Somewhere" Is About Finding Your People 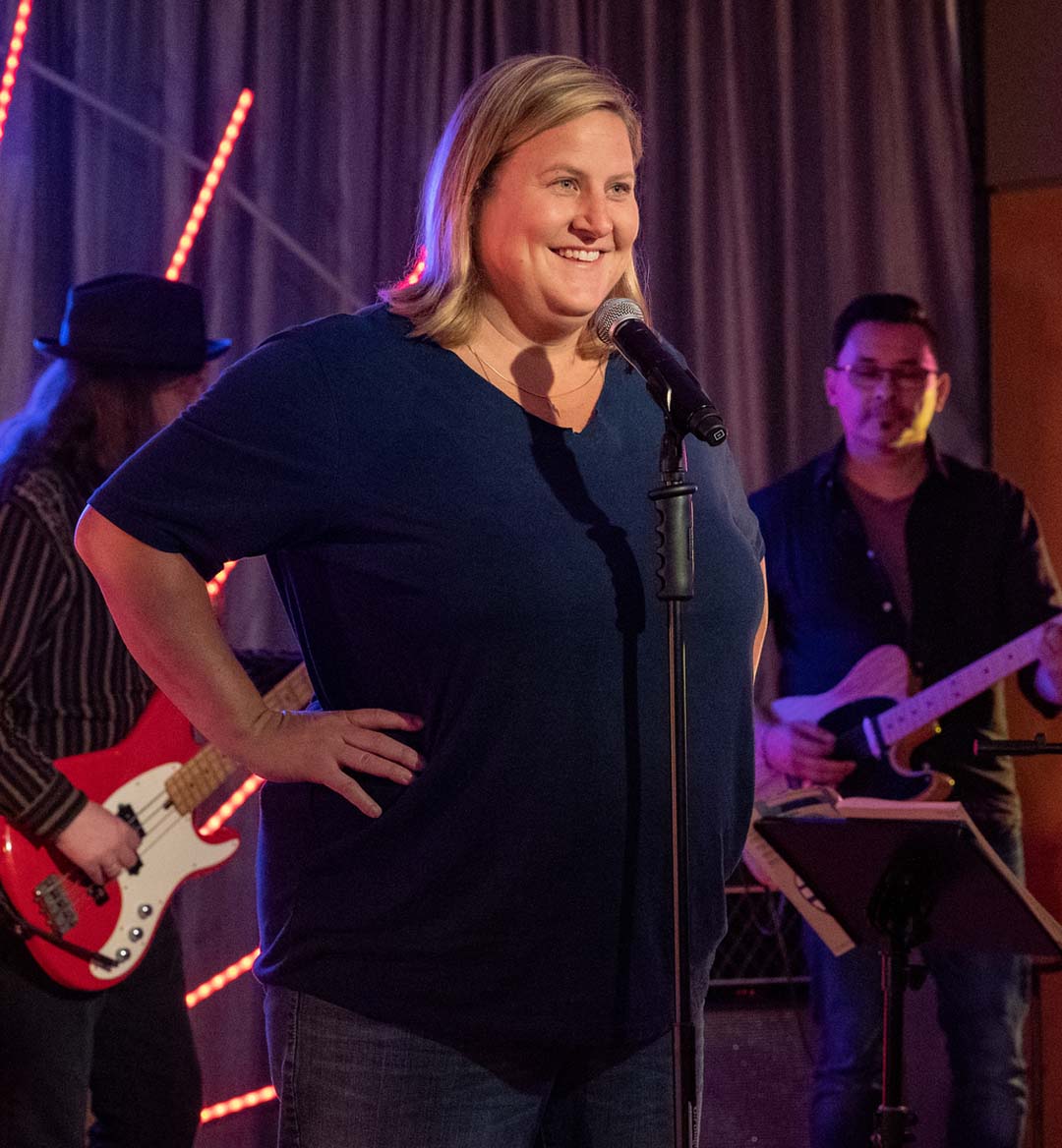 Getting locked inside a silo is just another part of living it up in the endless fields of Kansas.

In HBO Max's new show, Somebody Somewhere, comedian Bridget Everett plays a slightly fictionalized version of herself, a sweet yet poignant look into the life of Sam, a woman living in Kansas.

I often find myself stumped in describing what this show is actually about when others ask what the crux of the whole thing is. It's tough to put into words because it feels a little too real; more likely with TV shows, we're brought into a world that's not rooted in much reality. Somebody Somewhere illustrates what it's like to be an outsider, the one puzzle that looks like it should fit in but just doesn't for some reason. In that same way, its title is perfect: Somebody Somewhere because that's exactly who the show is for. 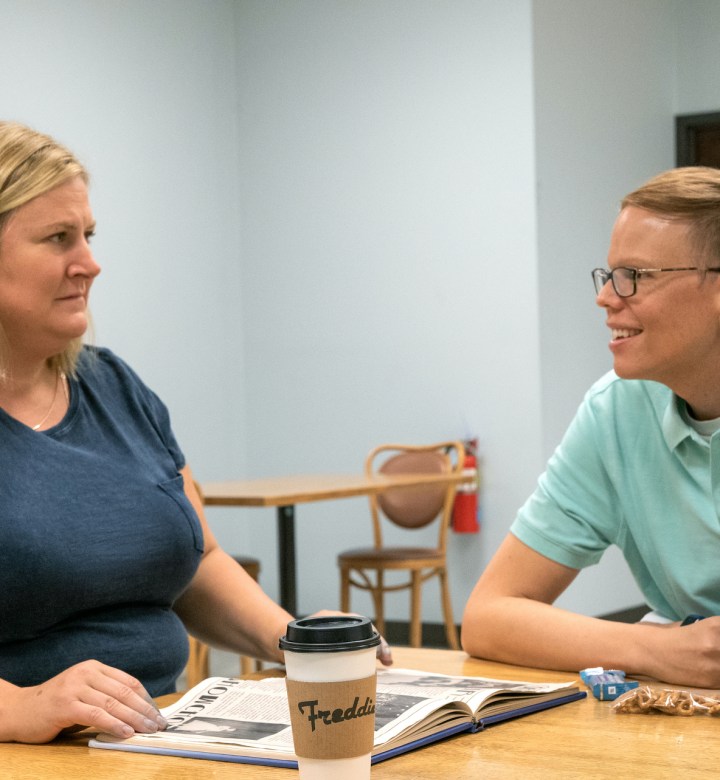 Sam begrudgingly works at a local standardized test facility where she grades essays written by students. It's also the site where she meets Joel (Jeff Hiller), another grader. Although Sam was a little skeptical of him at first because he seems overly nerdy and enthusiastic about her, they quickly form a bond after he offers her some tissues while taking a quick step outside at work.

Though she has no recollection of who he is, Joel quickly explains that the two of them were in show choir together back in high school; he had always idolized her for her personality and singing. She feigns remembering him, though Joel says it's okay because "a lot of people don't remember me." He doesn't even say that in a sad way, but it's in that sentence that Sam realizes what kind of person he is and that they're more alike than she had initially thought.

Their relationship is almost like a fan somehow becoming best friends with their favorite singer. At one point, Joel even says, "God, I can't believe I like 'know you' know you now." It's a very pure, sweet sense of adoration that's not shown within the context of friendships very often on television. In a sense, if Sam isn't able to love herself at the moment, Joel is going to fill that job for the time being.

While Sam clearly hates her job, it's the one escape from living at home with her family, where she has been since her sister, Holly, got sick and passed away six months prior. Her mother is a low-key alcoholic who accidentally walks into glass doors, and her father is the opposite: a quiet farmer who's on the same wavelength as Sam. She also has another sister, Tricia, who butts heads with her and constantly berates and questions Sam about what she's actually doing with her life. 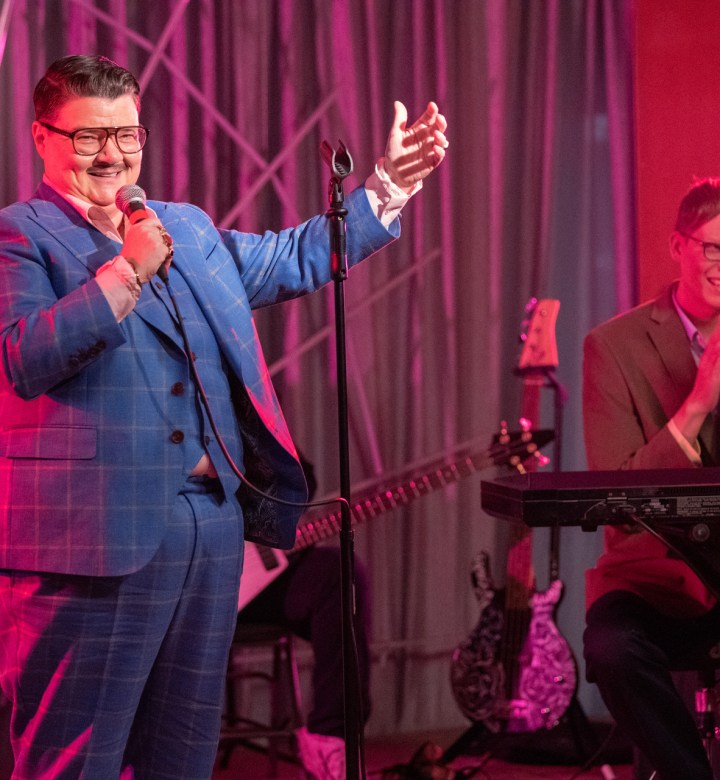 At work one day, Joel invites Sam to a late-night (and unauthorized) "choir practice" at a church inside a mall, though it turns out to be an underground nightclub/gathering spot for people much like Sam and Joel who feel that they don't fit in. The spot is centered around music and getting to know one another, introducing Sam to a previously nonexistent world in Kansas. Joel ends up tricking her into singing a song for everyone, and while she was initially hesitant, she killed the show and finally felt a glimmer of real community—and happiness.

While the show is a dramedy, it almost evokes the coming-of-(mid-)age genre. From the outside looking in, it may seem like Somebody Somewhere is just a show about Sam, but in a much larger sense, it's really about unlikely relationships, taking chances, and finding your people.

Maybe she didn't befriend Joel in high school because he was a bit on the nerdy side; it's something that happens without even blinking an eye in high school. We dismiss people outright just based on how they seem. And the thing is, there's so much more to people than that—there was so much more to Joel than that. And if Sam hadn't fought past that old belief, their current friendship would've never been, and he would've never opened her eyes to the real world. Somebody Somewhere spotlights moments like that. Taking chances—whether it be on a person, a career, or something else—can have life-changing results.

Somebody Somewhere airs HBO Max on Sundays at 10:30 p.m EST.