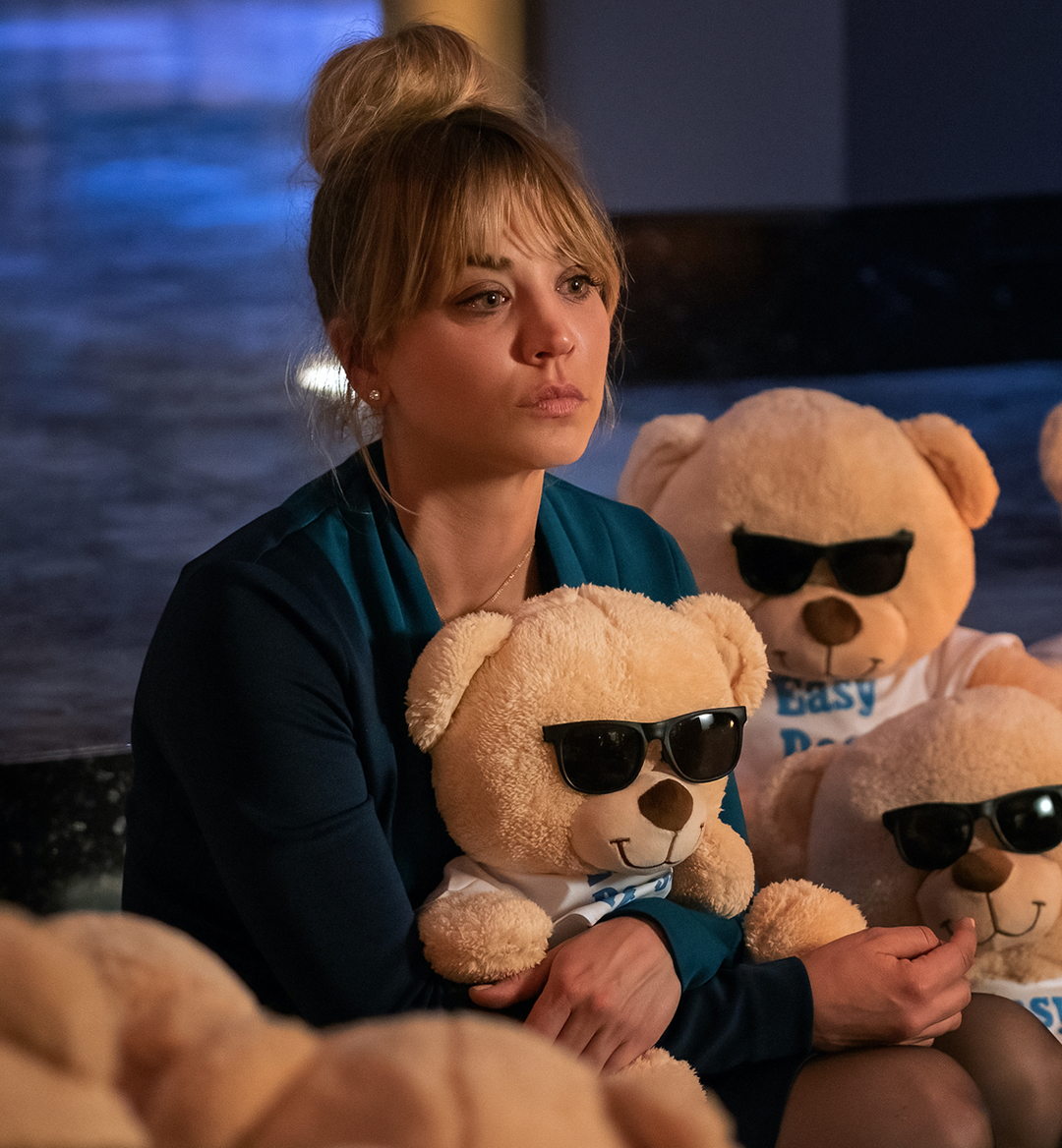 For a series called The Flight Attendant, there wasn't much tending to flights this season for our girl, Cassie Bowden (Kaley Cuoco). But maybe that's for the best, as last season all it got her was being the top suspect in an international murder case and a drinking problem.

This time around, Cassie is pretty stable living her new life in California as a flight attendant and as a CIA civilian asset. Things are going a little too well for her when she witnesses a major explosion on a mission in Berlin and notices someone dressing up just like her. Basically, the main plot of this season is figuring out how these two things are connected and who is impersonating Cassie—and why.

While this season of The Flight Attendant was jam-packed with plot twists and did not miss a beat of action, ultimately, a few strings were left untied. 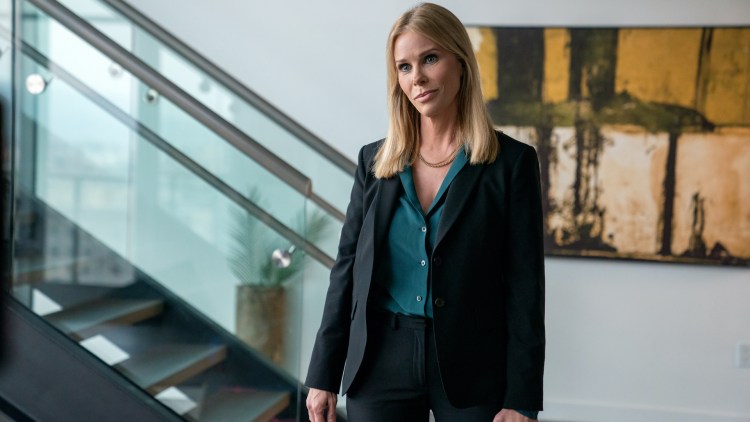 First off, we were thrown quite a few fresh faces this season, and those characters' purposes were either moot, abandoned, or given fairly predictable endings (okay, maybe not Grace shooting herself on top of the Santa Monica Ferris wheel, but still).

Grace (Mae Martin) was introduced early on as one of the other flight attendants Cassie was working with, and she definitely gave off some odd vibes upon our first meeting. Cassie herself was pretty skeptical of her, stalking Grace at her house and eventually rummaging through her apartment. However, after that, it was sort of as if Grace didn't exist—we didn't see much of her until the very end when she confronted Cassie at the Santa Monica Pier. It just seemed like a bit of a cop-out to kill her off like that.

On top of her, we met a creepy (and murderous?) couple, Gabrielle and Esteban Diaz (Callie Hernandez and J.J. Soria), who have seemingly been tracking Cassie since she arrived in Berlin in the first episode. They were on her tail from the very beginning, traveling all the way back to Los Angeles to tie up an elderly couple across the street from Cassie and then Annie (Zosia Mamet) and Max (Deniz Akdeniz). Later on, they followed Cassie to the Santa Monica Pier and almost killed Annie and Max (again), though Annie was able to save the day. All of that to say, I genuinely don't know why they were involved at all. A smokescreen, I guess? Because we really weren't given any explanation as to why they were included in the plot at all.

Cheryl Hines was also brought on as Dot Karlson, regional director of the CIA who crosses paths with Cassie as she's working under Benjamin Berry (Mo McRae). Ultimately, Karlson turns out to be the mastermind behind this whole situation that has had Cassie running around trying to figure out who's responsible for framing her. But I don't know, there's just something about Cheryl Hines that makes it extremely difficult for make to take her seriously as some sort of secret serial killer with the random agenda to frame Cassie for all of her crimes. Actually, I know the reason—it's because every time I see Cheryl Hines in anything I think of that scene in Curb Your Enthusiasm where she gets stuck in a car wash and has to leave mid-ride. So maybe this is a Me Problem.

Then we have Jenny (Jessie Ennis), the extremely annoying member of Alcoholics Anonymous (AA) whom Cassie feels forced to take under her wing. She's extremely interested in Cassie's past with Alex Sokolov, forming a weird friendship with Cassie's brother, Davey (T.R. Knight), that ends in her drugging him and running after Cassie with a massive hammer in hand. Apparently, she had met Buckley Ware (Colin Woodell) and became obsessed with him, though he was still hung up on his ex, Cassie. With that, Jenny set out to befriend Cassie and then murder her, though Davey and Cassie were (barely) able to take her out before that was able to happen. 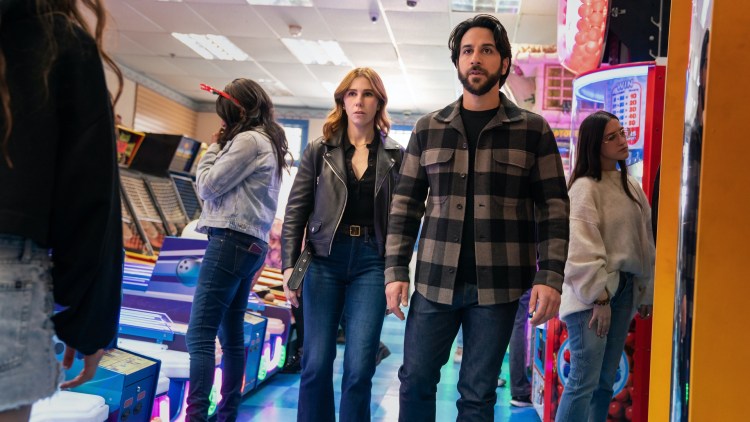 The real standouts from this season were basically the same as last time around: Cassie, Annie, Max, and Megan. I mean, I like Shane Evans (Griffin Matthews) but he's gone back and forth with both Cassie and Megan to the point that I just can't seem to trust him.

Miranda (Michelle Gomez) briefly returned for Season 2, practically stealing all of the scenes she was in just as she had in the first season. So I'm here kindly asking: why didn't we get more of her? You give her to us and then you take her away?! As Miss Coco Peru would say, "They get you hooked on something, and then they just say, 'You know what, we're not going to sell that anymore.'"

A new face—Lisa Bowden (Sharon Stone)—brought an interesting dynamic to the series as Cassie's complicated mother; she also brought a pretty major slap to her daughter's face, as well. Again, it would've been telling to hear even more of what she had to say about her side of things as we did a fairly deep dive into Cassie's past with her father in Season 1. Also, it's Sharon Stone.

Shohreh Aghdashloo took on a recurring role this season as Brenda, Cassie's AA sponsor who nails the perfect balance between understanding Cassie and holding her responsible. It's clear that Brenda's been through a lot in life, but despite that, she's one of the few people who continuously shows up for Cassie in some of her darker moments. If they decide not to run with a third season for The Flight Attendant, I'd almost want a spin-off of just Aghdashloo's character—it just seems like there are too many more layers to Brenda to not explore.

This time around with The Flight Attendant, things feel fully wrapped up; we didn't leave off on a call to action like in Season 1, which makes me wonder if a Season 3 will even be ordered. Listen, they could definitely find a new plot for another season, but Annie and Max are settled down, Cassie is back being sober, Megan and her family have joined the Witness Protection Program—I just don't see a need for another season at the moment. Would I wholeheartedly tune in every week if HBO decides to renew? Yes. But would another season seem forced? Maybe.