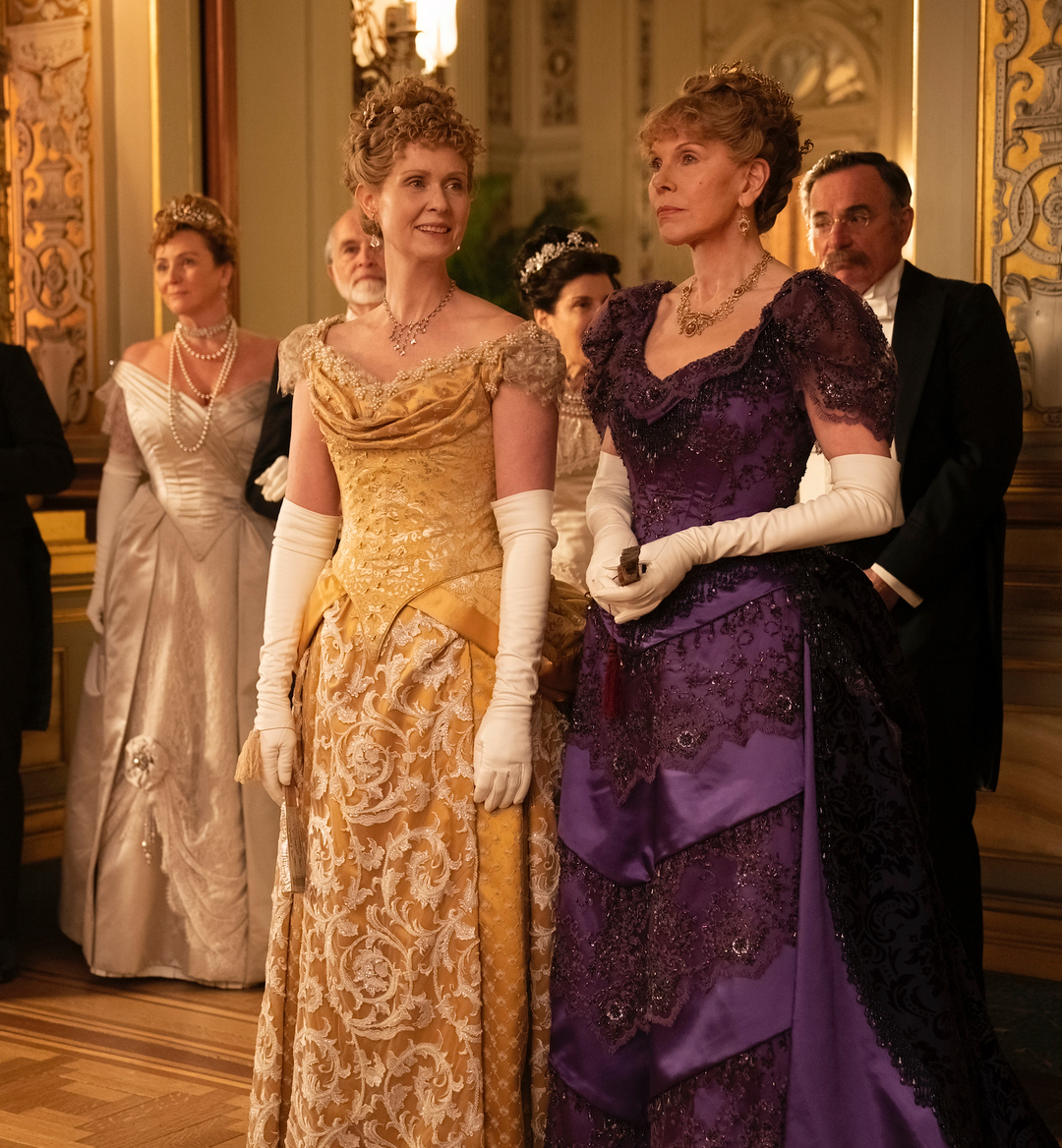 Okay, here's a good joke: what happens when you put two aging women together in the same room with their younger niece? One of them falls asleep from drinking too much alcohol while playing a game of cards. Actually, that's not a joke; it's just what happens regularly at the van Rhijn's estate in New York City.

The Gilded Age, which premiered on HBO Max on January 24 with its first episode clocking in at just under an hour and a half, is a slightly-campy look into the social power structures in place in late-1800s New York City.

Taking place in 1882, The Gilded Age follows two families: the van Rhijns and the Russells, who live across the street from one another at 61st street and 5th Avenue on the Upper East Side. There's an unspoken social war between the old and the new in the city, with the van Rhijns representing the old and the Russells on the new side. And by social war, I mean that people who associate with the "older money" side of things tend to not have much room for those on the "new money" side, as the old isn't as willing to embrace new change. This conflict manifests itself in glares from across the room, tons of gossip, and plenty of replies of "No" in the form of RSVPs.

The van Rhijns are helmed by sisters Agnes van Rhijn (Christine Baranski) and Ada Brook (Cynthia Nixon), who also had an estranged brother, though he recently passed away. His daughter, Marian (Louisa Jacobson), comes to live with them in New York now that her father is gone and has left her penniless. Making the long journey from Pennsylvania, Marian encounters quite a few hiccups on her 12-hour trip, though she finally arrives in the city in one piece. 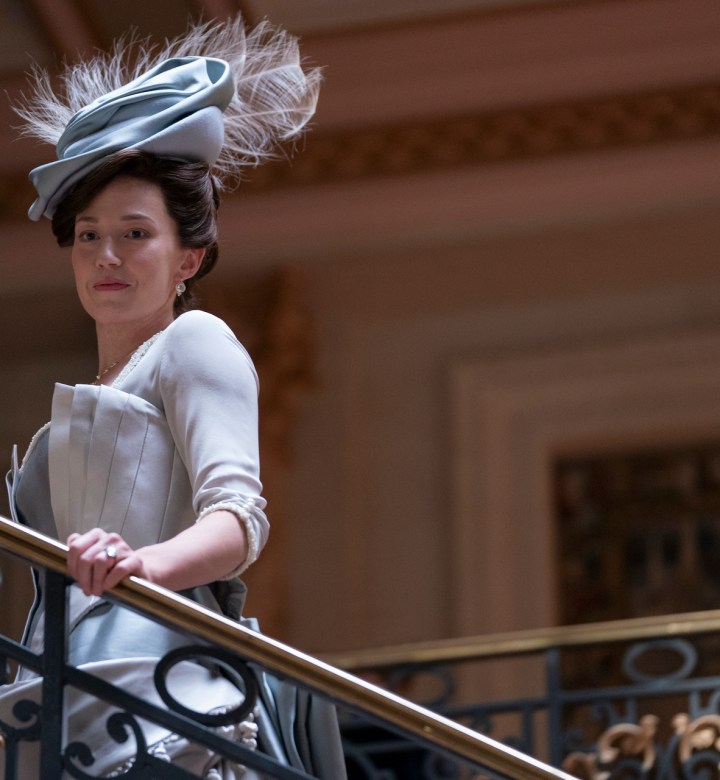 Across the street from the van Rhijns, the Russell family has just moved in, having spent three years building an enormous mansion there and thus representing the "new money" of the times. Their family consists of Bertha Russell (Carrie Coon) and her successful husband, George (Morgan Spector), along with their two older children, Larry (Harry Richardson) and Gladys (Taissa Farmiga).

Honestly, I understand why some people might dismiss this show outright because it's a period piece. Though it seems like the series is miles away from our current world, things in New York City in the 1800s turn out to be not that far off from what we've got going on today.

For one, Agnes basically sits around all day, shuffling from room to room to play cards, drink alcohol, complain about how messy her desk is, and refuse to attend parties even though they're only across the street. Basically, Agnes is all of us.

Given Cynthia Nixon's storyline as Miranda Hobbes in the currently-airing Sex and the City reboot, And Just Like That..., I was less than excited to see that she was going to be a part of this cast. However, despite my souring, I must admit that her performance as Ada Brook is genuinely great thus far, aside from her accent, which sounds like someone trying really hard to pull off a bad accent.

In a particularly touching moment, Ada gives Marian a bit of strong advice after Marian makes it clear that she wants to work even though Agnes frowns upon it. "I only ask that you never break your own moral code," Ada says, which clearly affects Marian, given that she has been told most of her life that she shouldn't pursue work. 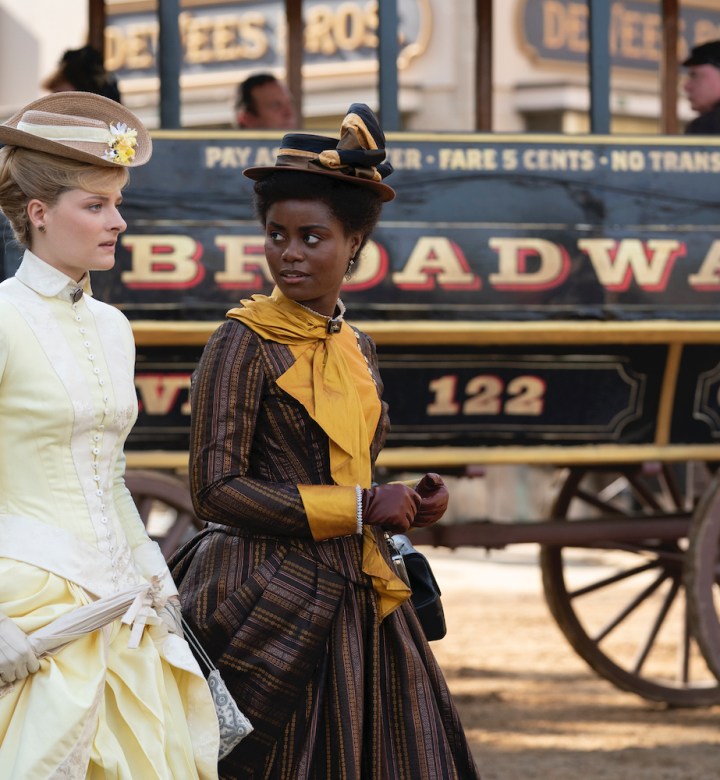 The Gilded Age also touches on the extreme racism of the 1800s, namely with Peggy Scott (Denée Benton), whom Marian meets at the train station in Pennsylvania. The two quickly strike up a bond after Scott lends Marian money to get on the train to NYC after she loses her purse at the station.

Scott ends up staying with the van Rhijns as a particularly nasty storm keeps the ferries at the dock, prohibiting her from traveling to Brooklyn, where her parents live. Given that she's also not particularly keen on going back to live with them, she decides to stick around after Agnes offers to hire her as her secretary.

However, the staff at the van Rhijn's residence are much less welcoming than Agnes, as they're basically appalled to have to share anything with Scott, let alone sleep on the same level of the house as her. Having much higher aspirations than her current situation, Scott wishes to become a serious writer and an author of novels. 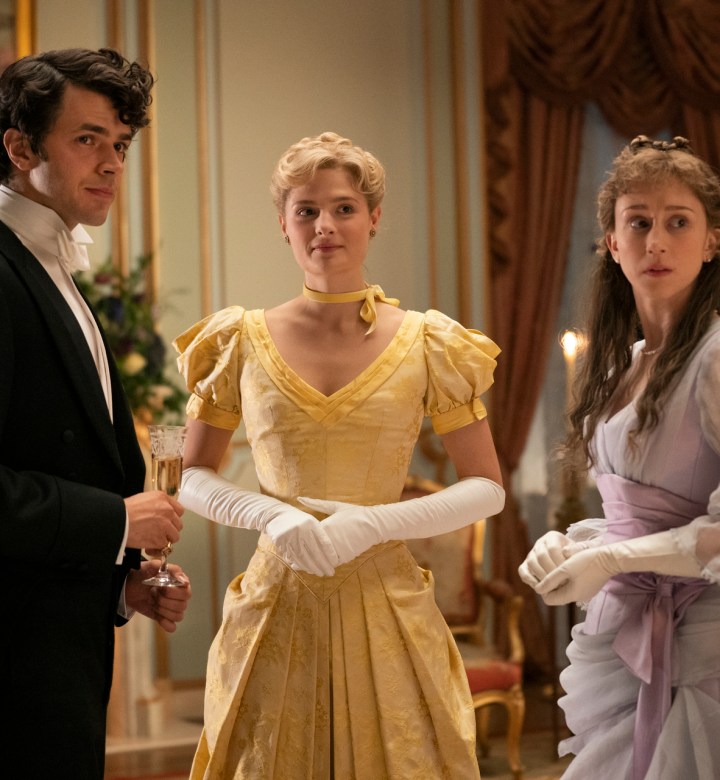 After meeting some new faces at a local charity event who (sarcastically) mention that they're eager to see what her house looks like as it has taken a while to build, Bertha cooks up quite a guest list for a dinner party—with over 200 people on it. She plans and plans away, telling her chef to be ready at a moment's notice to make even more food if the already enormous amount isn't enough.

The night of the party finally swings around, and I'd say that about 25 people showed up in total. An entire table of intricately-prepared food left untouched, Bertha decides to donate it to a local food shelter. Later that night, she lies awake in bed absolutely crushed, quietly crying over the turnout of her event and later vowing to her husband, "I'll never give up! And I promise you this: I'll make them sorry one day."

It's like when you would announce to everyone in the town square of Club Penguin that you were having a party at your igloo, and nobody showed up. So you sit there alone with your dance floor and disco ball going, chips and salsa sitting lukewarm on the table, all the while thinking about how sad it all is.

As a whole, The Gilded Age gives period pieces an entirely new look as things don't seem so distant with the incorporation of events and feelings that we deal with in the modern world. The first episode leaves us with quite a few cliffhangers, namely what Marian will end up pursuing given Ada's advice and Scott's inspiring aspirations. After all, Agnes did say, "Revolutions are launched by people with strong views and excess energy."