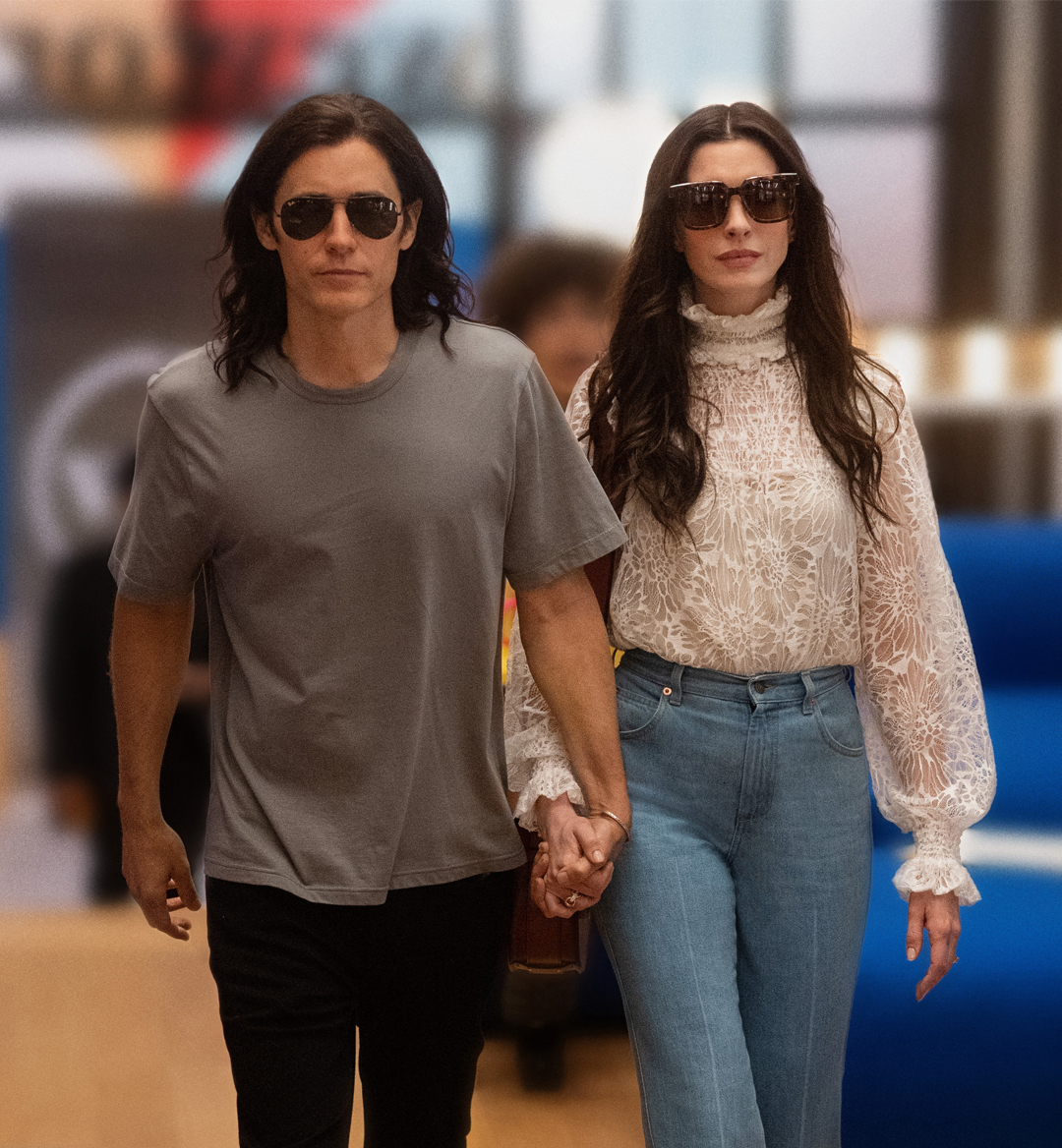 "We are elevating the world's consciousness."

These philosophies (if you can call them that) are the ethos of what Adam Neumann believed would make WeWork a trillion-dollar company. He would say that WeWork was not a shared workspace company, but it brought people together and focused on changing the world.

Per Apple's description, WeCrashed is "Inspired by actual events — and the love story at the center of it all. WeWork grew from a single coworking space into a global brand worth $47 billion in under a decade. Then, in less than a year, its value plummeted. What happened?"

Neumann (Jared Leto) and Rebekah (Anne Hathaway) attempt to turn WeWork into a company dedicated to not just turning a profit—something they rarely do—but try to change the way the world thinks, acts, and lives. If you think that sounds a little cultish, don’t worry because it does.

As someone says to him in the series, "Dude, you're renting fucking desks," so it seems not many people shared his belief, except maybe his wife and "co-founder" Rebekah.

The series bases itself on the podcast WeCrashed: The Rise and Fall of WeWork by Wondery. That show detailed the meteoric rise of WeWork, an almost unprecedented level of growth, and catastrophic fall down to Earth, almost singlehandedly caused by the two narcissists at the center, Adam and Rebekha. 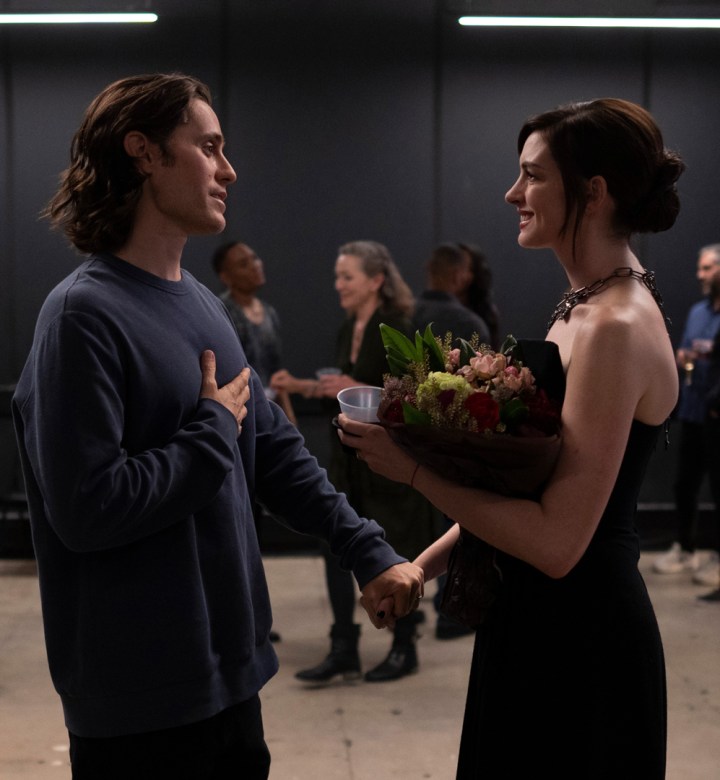 As it gets off the ground and builds out its first few spaces, Neumann emphasizes that he wants bars, kombucha on tap, music blasting, etc., he wants people to come to WeWork because it's the cool place to work. Nowhere is this better exemplified than when Adam interrupts a meeting to join his employees in making a "Harlem Shake" video, a scene that is horrifyingly cringeworthy.

Leto's Neumann runs around as an agent of chaos and demands that the builders around construct things with money he doesn't have, sinking the company into debt before they even have a single customer. He orders the builders around and is controlling over the company's co-founder Miguel McKelvey (Kyle Marvin.) Despite being partners, Neumann makes all the decisions even with Miguel's constant protests.

Scenes such as this are the show's strength, in which Leto and Hathaway's performances are the foundation. If you find these characters insufferable, just remember they are based on real people. Some scenes in the show are ripped straight from real life, including Rebekah's podcast interview and Adam's attempt to make an informational video.

Perhaps the show's real star is Hathaway, the self-help and lifestyle guru, who is also a yoga teacher that becomes the Chief Branding Officer of WeWork, only after orchestrating the firing of her friend who had been in the role.

Hathaway portrays the role exceptionally well, almost to the point of parody, which generally would be a bad thing, but Neumann is so comically aloof and oblivious in real life that she's beyond parody. One need only watch this interview with Neumann to get an idea of what she is like.

She began a school for children (that charged tens of thousands of dollars in tuition), with the stated goal of "unleashing every human's superpowers," whatever that means.

Neumann also comes from wealth, a characteristic that carries over into Hathaway's portrayal. She is ignorant and callous in how she interacts with other people but comes off as someone that cares. One scene, in particular, emphasizes this, when she is leaving the WeWork summer camp and going back to her "cabin" with the head of the company's communications, Neumann tells her to "bring the bags in."

And after she makes a comment on stage that proves to be controversial and nearly upends the entire summer camp event, she blames the Head of Communications for the resulting firestorm. Instead of taking the blame, Neumann fires her.

There are numerous other instances like this throughout the show, with Hathaway performing them fantastically. 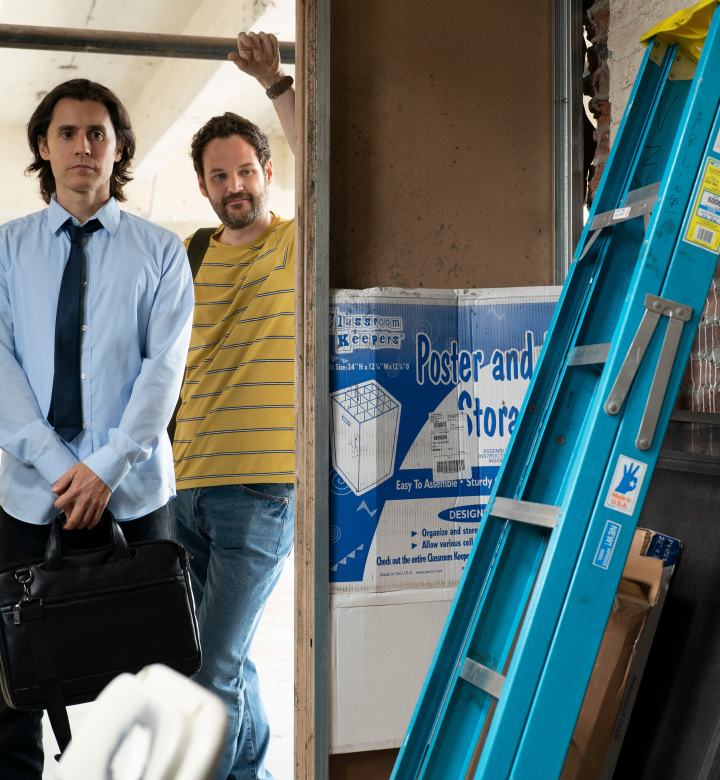 Playing off her is Jared Leto, who is also perfectly cast as Adam Neumann. Leto shows a particular talent for portraying the sort of man that sees himself above the rest of society and is in a position to elevate them all to his level.

Keep in mind he owns and operates a commercial real estate company. His main issue is his desire to become the next Bill Gates, Jeff Bezos, or Elon Musk, but he does not have the patience to become those men. In most scenes, Leto towers over the other actors, not physically but most definitely in ferociousness and belief in what the character is trying to achieve. 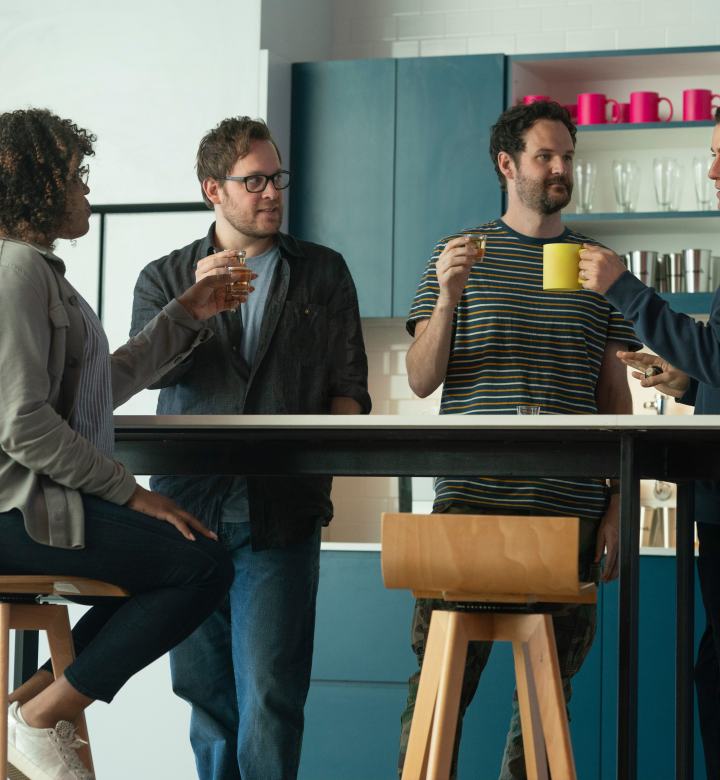 The show's most glaring issue is with its pacing. It moves at breakneck speed, with the title cards informing the audience that years have passed by, and they quickly roll by the company's growth.

As fast as Adam Neumann tried to grow WeWork, it is as fast as the series moves along. They go from one office to 10 offices to 100 offices and on and on before you get a chance to get your bearings. Once you settle in, you can pick up where they are in the timeline, but a bit of a deeper dive into specific aspects would have been welcome.

Also, the show suffers from a lack of character development outside of Adam and Rebekah. People are hired, laid off, and shuffled around so much that it becomes difficult to keep track of who they are and why we're supposed to care so much about them. 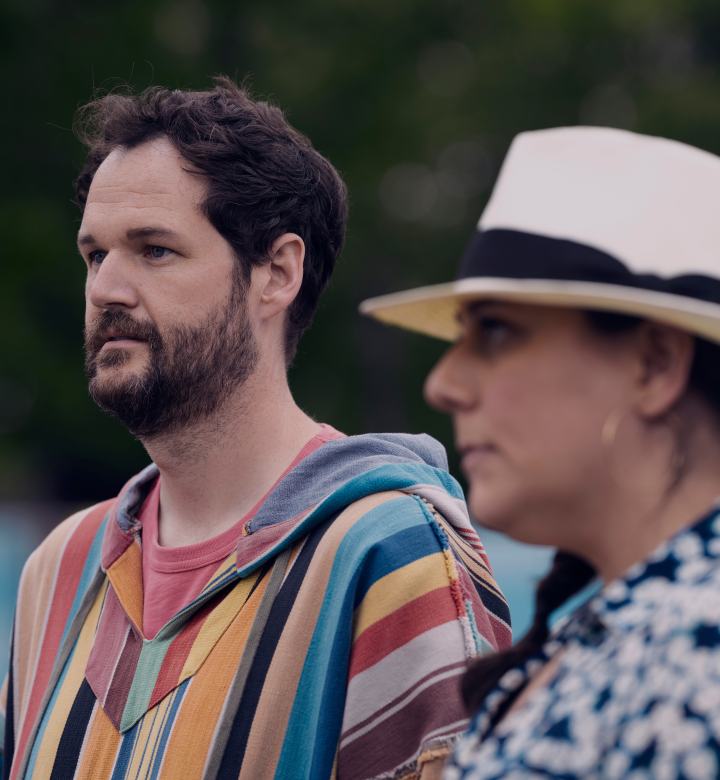 As with most stories of corporate greed, it is the employees of the company and not the actual perpetrators who suffer the most. The failure of the IPO and the fact that WeWork never posted a profit while Neumann was in charge, led to layoffs and the loss of massive potential earnings for employees when the stock value tanked.

We see employees go from thinking they are about to earn millions one day only to lose their jobs the next, all due to Adam and Rebekah's actions.

WeCrashed is the story of just one company's downfall but is a tale that has happened many times over. Hopefully, it does not repeat too often in the future.