'Our Flag Means Death' Asks "What Exactly Does It Mean To Be a Pirate?" 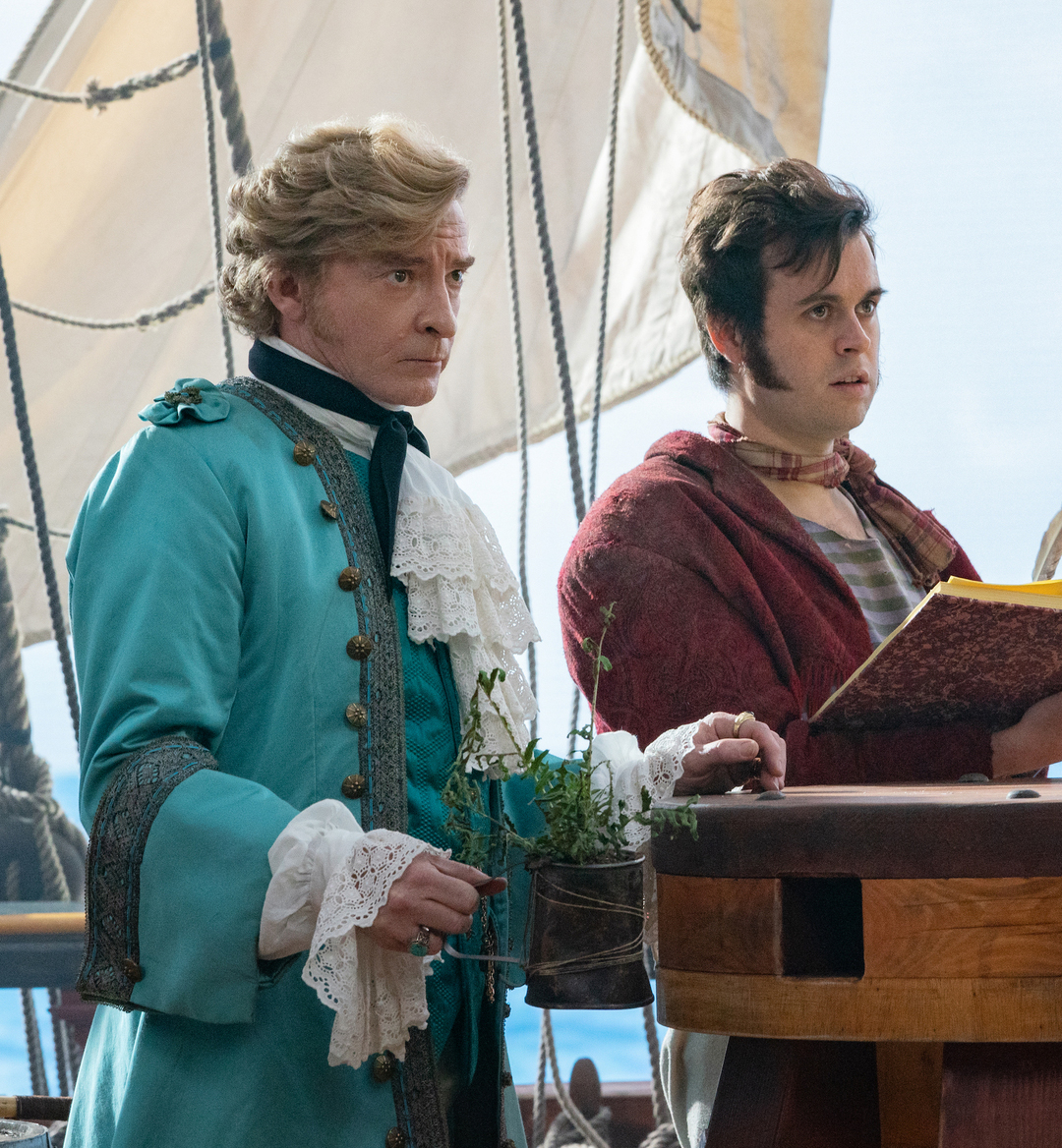 What comes to mind when you think of pirates?

Swords, eye patches, peg leg, and a parrot on the shoulder?

Maybe it's a good old-fashioned sea shanty? After all, they did become pretty popular on TikTok a few years back.

In HBO Max's new comedy series, Our Flag Means Death, creator David Jenkins aims to figure out just what it means to be a pirate. The show, which features a stellar cast that includes Rhys Darby, Taika Waititi, Leslie Jones, Fred Armisen, and Nick Kroll, tells the story of Stede Bonnet, aka the "Gentleman Pirate."

Set during the Golden Age of Piracy in the Caribbean—nearly 100 years which saw the likes of Blackbeard, Charles Vane, Captain Kidd, and Henry Morgan terrorize the seas. Our Flag Means Death's hero Bonnet is a less savage pirate and more, let's say, friendly buccaneer—as he says, he aims to "kill people with kindness."

The show tells the story of Stede Bonnet and is a very loose interpretation of his life on the high seas. In real life, Bonnet abandons his life of privilege as a wealthy landowner to join the Barbados militia but eventually turned to piracy in early 1717.

Much like in the show, Bonnet did not command much respect from his crew as they found his style of piracy to be not all that effective when it comes to taking ships. Despite that, Bonnet was moderately successful during his career as a pirate, although many of his victories came as a result of his partnership with the legendary Blackbeard.

Rhys Darby certainly portrays this version of Bonnet based on the historical descriptions of the pirate. Throughout the first three episodes of the show, Darby's Bonnet is absolutely unsure of himself and wonders time and time again if he has made the biggest mistake of his life.

He's right at home on a comedic set, as Darby has proved that he is a fantastic comedic actor and Our Flag Means Death is no different. Those who are fans of his previous work, especially Flight of the Concords, will most definitely like what Darby brings to the character of Stede Bonnet. 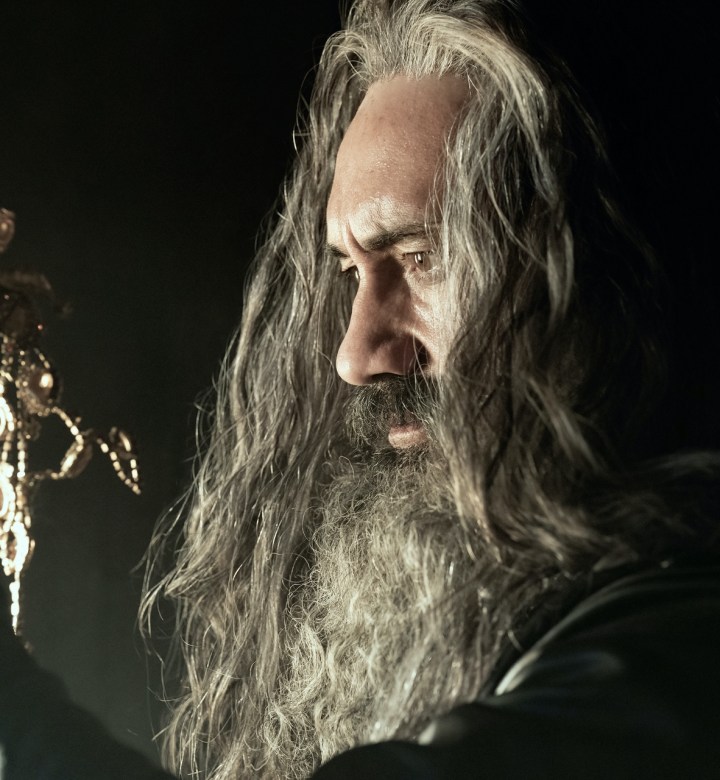 He's only teased through the first three episodes, but it's all but a guarantee that Taika Waititi will bring a very different version of Blackbeard to the screen here. It remains to be seen how whether or not he pulls the role off, but if Waititi's past roles are any indication, you can bet it'll be fun.

Edward "Blackbeard" Teach was one of the most infamous pirates in history, terrorizing the seas for years and etching his name into legend. Along with some of his fellow pirates, he's become a mythical figure of sorts, and his exploits have been romanticized.

Knowing Taika (who also directed the series's pilot episode), he's got something special in store for his portrayal. 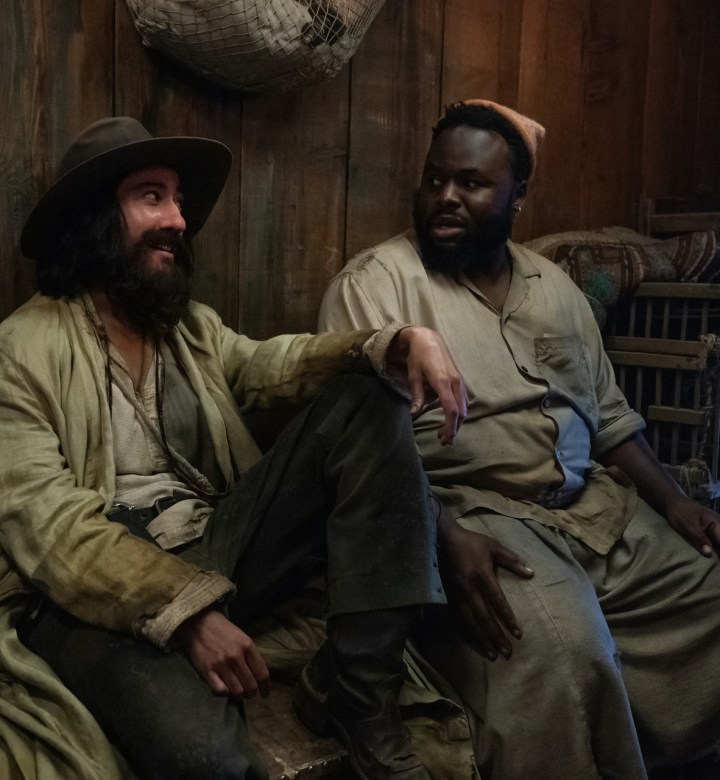 The cast also includes Vico Ortiz, a non-binary actor, who portrays a pirate named Bonifacia that hides aboard Bonnet's ship disguised as a mute named Jim. They are one of the most experienced fighters on the ship and whose identity is only known to another member, Oluwande (Samson Kayo.)

The character of Bonifacia is no doubt partially inspired by the real story of Mary Read, who dressed as a man to join the crew of Calico Jack Rackham. Read became one of the most well-known female pirates in history along with women like Anne Bonny.

Through the first three episodes, Ortiz plays Bonificia/Jim (they're credited as both) with an intensity that suits the character perfectly, and it's clear that Ortiz is having a ton of fun with the role. 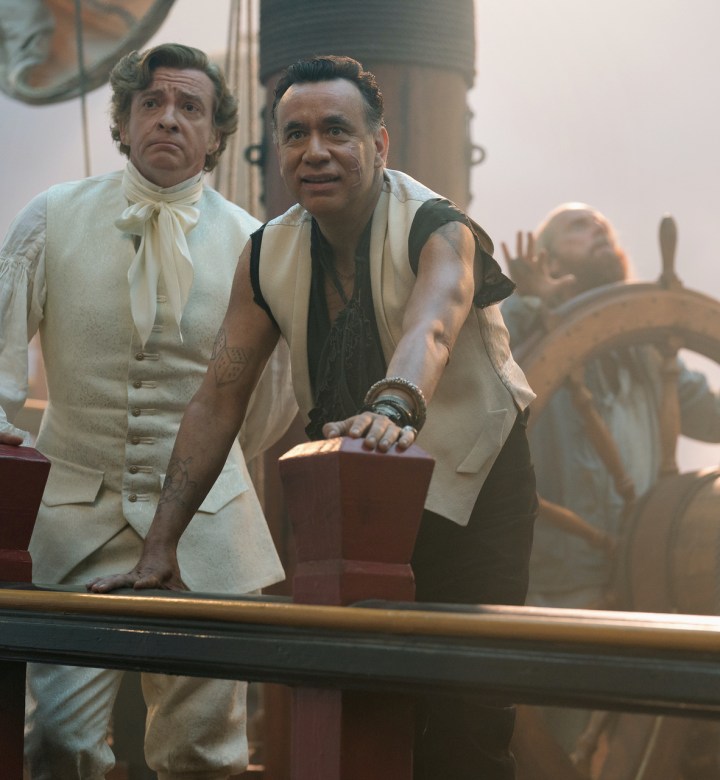 The most interesting part of the show, and one that is teased through the first three episodes, is the relationship between Blackbeard and Bonnet. As mentioned above, they became partners of sorts in real life but Bonnet became Blackbeard's subordinate more or less. Given the massive difference in experience between the two, it's likely this will be how it's portrayed here as well.

Waititi and Darby are frequent collaborators and work off one another extremely well, so this will undoubtedly provide plenty of laughs for the series.

Fans of similar shows like What We Do In the Shadows will feel right at home with Our Flag Means Death. It might take a little bit to find its sea legs but it sets itself up for plenty of hilarious adventures on the high seas.