The absolute best of the best. 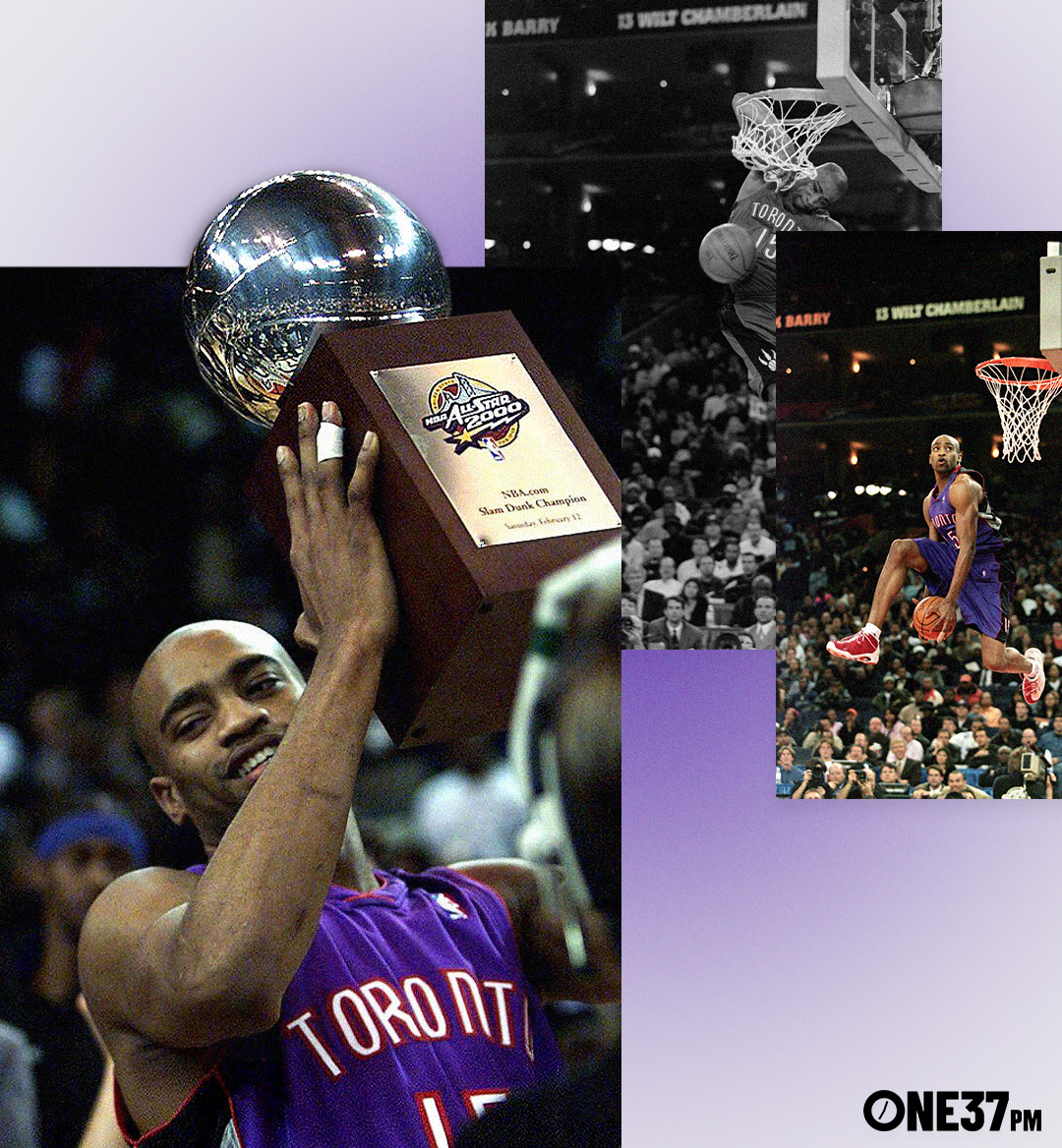 Ranking the best NBA Dunk Contests is an even more difficult challenge. With so many incredible moments, how could you possibly narrow the best down to just ten? We have Dr. J, Michael Jordan, Vince Carter—and where does Dwight Howard fit into this equation? Which 360 dunk was better, and who displayed the most creativity? So many questions, but one thing is for sure, these dunks are beloved by NBA fans and were respected enough from the panel of All-Star judges to net 10s across the board (well, most of them were). Here is our very subjective list of the best All-Star Slam Dunk moments, heading into a rather condensed All-Star weekend (and a halftime Dunk Contest).

Okay, let us break down exactly what Gerald Green did the night of February 16th, 2008. First, Green had a cupcake brought to him by a cheerleader. He then got his teammate, Rashad McCants, to place the cupcake near the rim. McCants lit the candle (crowd anticipation people), and Green launched into a dunk blowing out the candle in the process on his second try. Some of the audience/viewers weren’t fully aware of what Green had pulled off until they showed the replay, drawing tons of oohs and ahhs from the crowd. While he didn’t win (Dwight Howard ended up winning, which we’ll get into later), this dunk is still worthy of being in the Slam Dunk hall of fame.

With all due respect, our guy Aaron Gordon has been robbed twice. Do you know how hard it is to jump on an angle over a human being (mascot) on the first attempt? The man literally took a seat mid-air! Gordon’s dunk has a case for being one of the best in Slam Dunk Contest history. Much respect to Levine as well. That 2016 battle was one for the ages.

Julius ‘Dr. J’ Erving, the man that started it all. One of the greatest dunkers of all-time, Dr. J came through with the 1970s afro, the O.G. Converse ‘Pro-Leather Highs,’ and a free-throw line dunk that secured him the 1976 ABA Dunk Contest title. Erving was the first player to introduce free-throw dunks to the Slam Dunk Contest, which helped set the standard for future showdowns.

You had to be there. You want to talk about anticipation, Dwight Howard provided fans and viewers with a pre-dunk buildup, a surprise reveal (his Superman attire), and a legendary take-off dunk where he flew to the basket. What a time. What an era.

Going up against Dominique Wilkins, the 5-foot-7 point guard had tons of tricks in his bag that night, surprising the crowd with a spectacular 360 dunk that had everybody on their feet. The win made Webb the shortest player in NBA history to ever claim the title, and Webb has since become the President of Basketball Operations for the G League’s Texas Legends.

Try to dunk. Okay, now try to dunk with something covering your eyes. Since you tried it and we didn’t, you are probably aware of just how difficult it is to dunk without looking. Try as we might, we can’t even begin to put this dunk into words—Brown covered his eyes—while dunking. Absolutely sickening. The famous Reebok ‘Pumps’ Brown wore during the contest also captured a lot of attention and is getting a re-release just in time for All-Star weekend.

Jason Richardson número uno. One of the best dunkers ever, J-Rich, took the ball off the bounce and did a backward between-the-legs-dunk. Once again, a backward between-the-legs-dunk. He wasn’t facing the basket and technically couldn’t see what he was doing! Do you know much pure skill that requires? Wow! Richardson got all 10s from the judges, and the crowd (as well as Richardson’s fellow NBA colleagues) went insane.

3. Jason Richardson Goes Off The Backboard

Jason Richardson número dos. How do you top yourself when you win the dunk contest with a monstrous throwdown? Simple—you go bigger. The reigning champion delivered one of the best moments in Dunk contest history when he threw the ball off the backboard, caught it, and went between the legs in a dazzling dunk that wowed the crowd and judges. Now that is how you prove the critics wrong.

2. MJ From The Free-Throw Line

The decision to not put this at number one was hard. It’s Michael Jordan. The Michael Jordan and this dunk contest were legendary. Battling against Dominique Wilkins, this was a back and forth fight between two future Hall-of-Famers that ended when Jordan took off from the free-throw line and floated his way to the basket for a gravity-defying dunk. I’m pretty sure Einstein developed the Law of Physics because he took a look into the future and saw Jordan do this madness. Looking back, it is easy to see why others have this ranked number one. It truly was a show-stopping moment.

Vinsanity baby! Vince Carter was a brilliant dunker known for throwing down some of the nastiest dunks in NBA history. Dunks that made you get out of your seats (even if you were at home). Dunks that made you turn your face up. Dunks that made you say damn. One of those examples was Carter’s 2000 Dunk Contest performance. There wasn’t just one specific dunk/moment—it was the whole thing. Since we can’t pick our favorite, we want to hear what yours is (yes this is a cop-out).

Well, these are choices. I know we had to leave off a few, so let us know what you thought of the article. Happy All-Star Weekend!