Who is the Best Golfer to Never Win a Major? 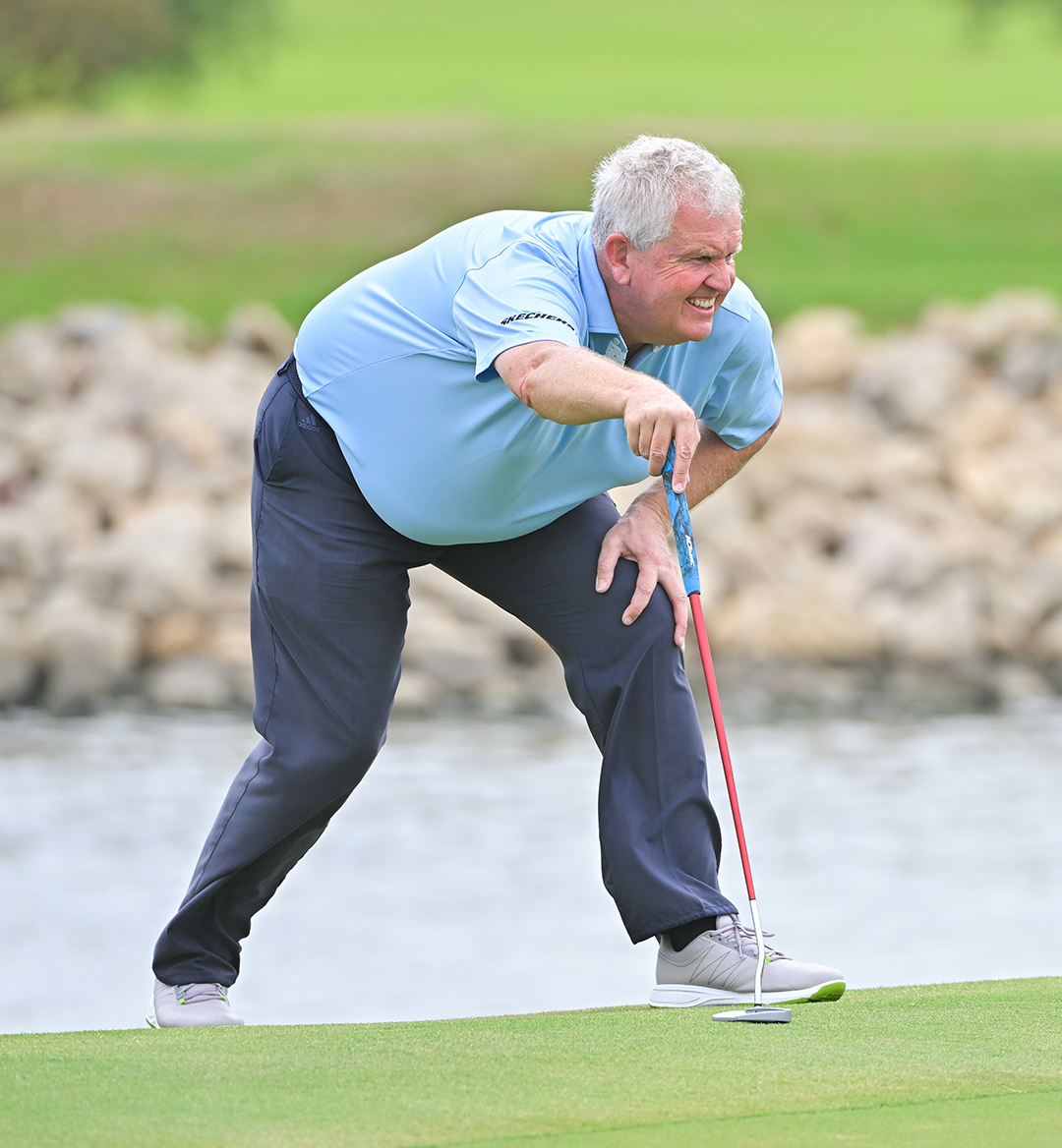 Even as golf's culture has changed, the four Majors maintain an especially prominent spot in the zeitgeist. The Masters, The Open, the US Open and the PGA Championship are the sport’s four tentpole events. Together, these tournaments create the indelible moments that even non-golf fans remember. While the likes of Jack Nicklaus and Tiger Woods cemented their respective legacies with huge performances at the Majors, the vast majority of golfers never get to slip on the green jacket or lift the Claret Jug. Here is a list of the players with an argument to be the best golfer to never win a Major. 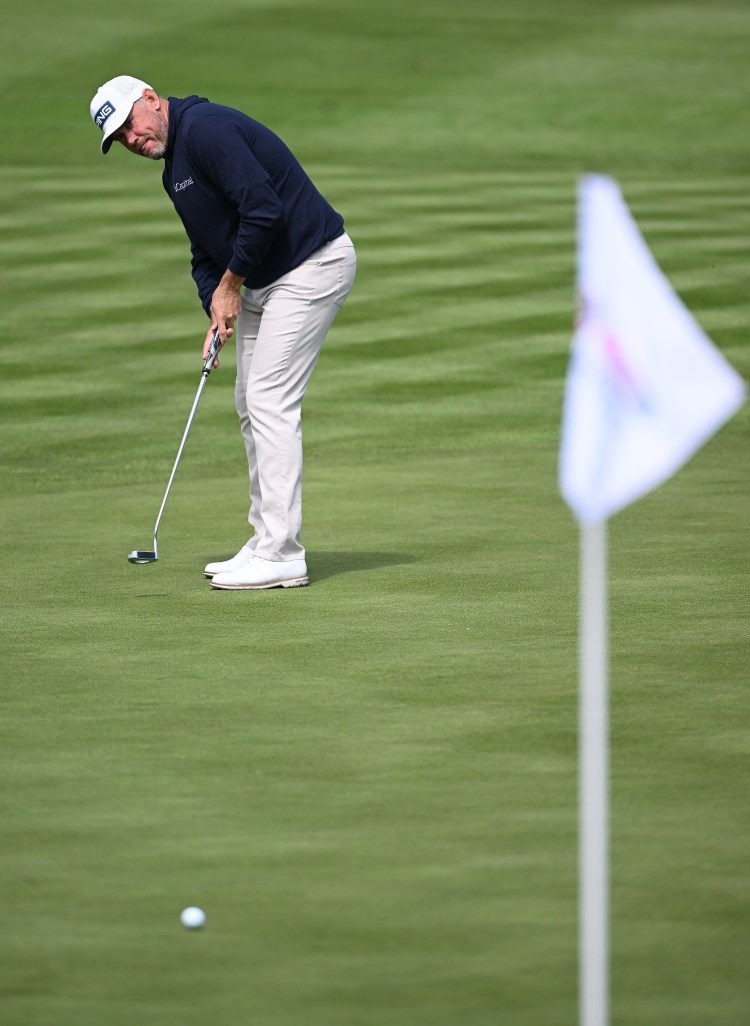 More than any other golfer, Westwood is the reason that this article exists. During his career, Westwood has won just about everything a professional golfer can achieve. Across four decades, he won 44 professional tournaments. He was the #1 ranked golfer in the world for six months and won three European Tour Golfer of the Year awards. In total, he made nearly $24 million in career earnings. Still, despite 19 top-ten and 12 top-five finishes at Majors, Westwood has never been able to capture a Major title. At 48 years-old, he seems fated to end his career with the ignominious title as the best golfer to never win a major. 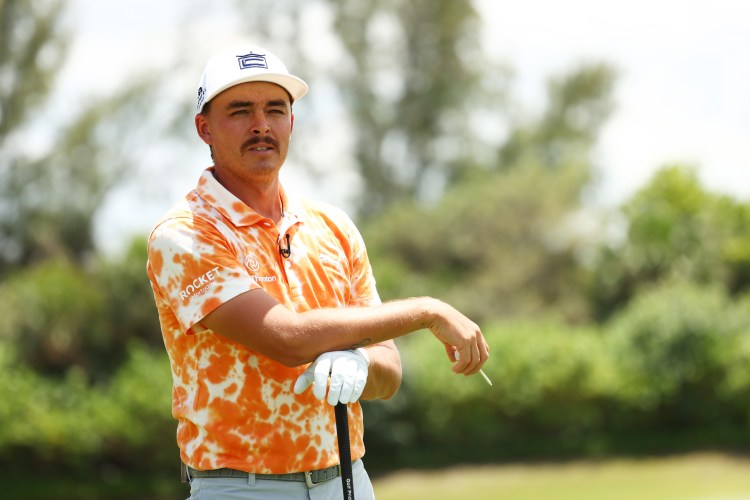 There are very few golfers who are more popular than Rickie Fowler—a Morning Consult poll has him as the 7th most popular guy on the whole PGA. In fact, he has arguably the greatest delta between his personal level of renown and his professional success. Additionally, his flashy style and legendary amatuer career, Fowler has been one of golf’s biggest stars practically from the moment he joined the PGA. To be sure, he’s had a hugely lucrative and celebrated career—nine career titles, $40 million in career earnings, a peak in the top five—but he’s never captured the ultimate prize, putting him in contention to be the best golfer to never win a major. 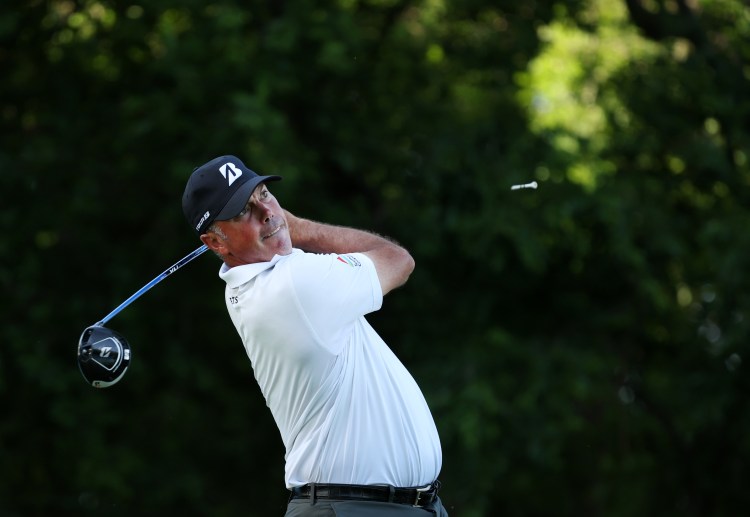 Matt Kuchar could be the best golfer to never win a major on the tour today. With over $50 million in prize money, Kuchar is certainly the highest earner to never win a major. Furthermore, the 43 year-old Amerian’s best showing at a major was at the 2017 Open Championship at Royal Birkdale in Scotland, where he finished three strokes behind winner Jordan Spieth. While Kuchar has never won a major, he won The Players Championship in 2012, which is considered a de facto fifth major and offers the highest purse of any tournament. 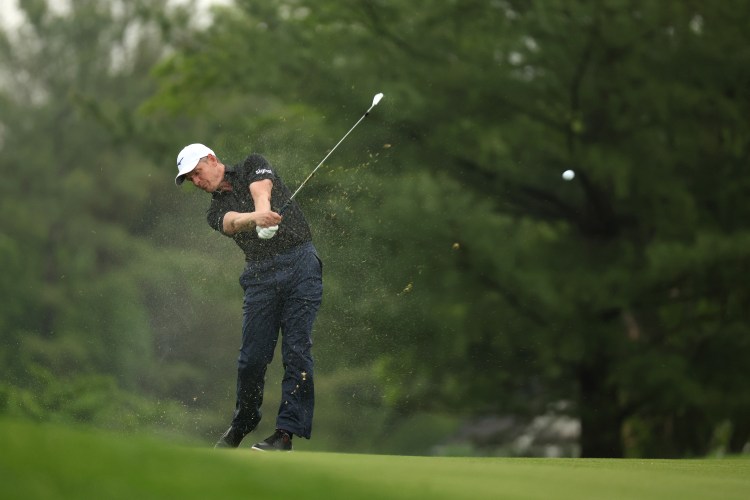 Alongside Lee Westwood, Donald is one of only two golfers to achieve the world #1 ranking without ever winning a major. In 2011, Donald was undeniably the best golfer in the world, even as he wasn’t able to take home any of the biggest trophies. In 2011, Donald won the PGA Tour Player of the Year, the European Tour Golfer of the Year and rose to the top of the rankings on May 29th, 2011, a perch that he would maintain for the next 56 weeks. As such, outside of his five top-five finishes at majors, Donald’s biggest career results include a victory at the 2011 WGC-Accenture Match Play Championship. Sadly, injuries have derailed his career and the Englishman hasn’t seriously contended for a Major since 2013. 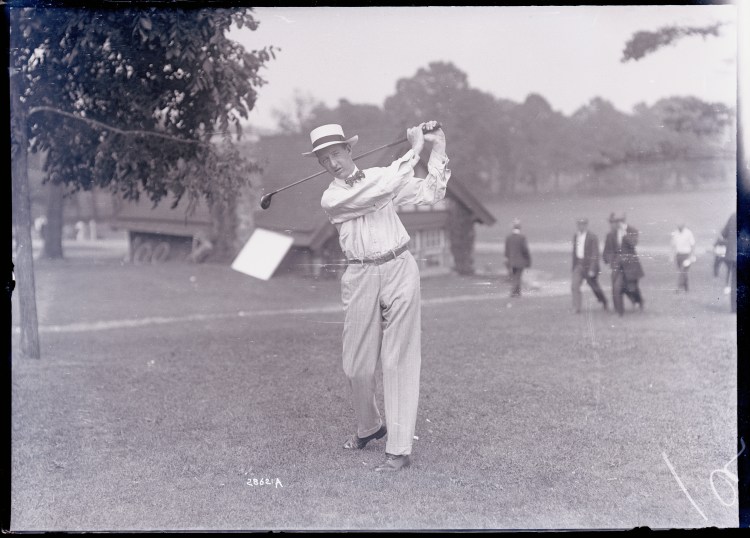 One of the earliest stars on the PGA Tour, Macdonald Smith competed from 1912-1936. As a member of a famous Scottish golfing family, Smith was the youngest of three brothers and the only member of the trio to not win a US Open (Willie Smith won in 1899 and Alex Smith won in 1906 and 1910). Cruelly, Alex Smith’s 1910 US Open title came at the expense of Macdonald; Alex outdueled his brother in a three-man playoff to secure the title. During his 25 year career, Macdonald Smith won 25 PGA events, the most of any non-Major winner and giving him a case to be the best golfer to never win a Major. 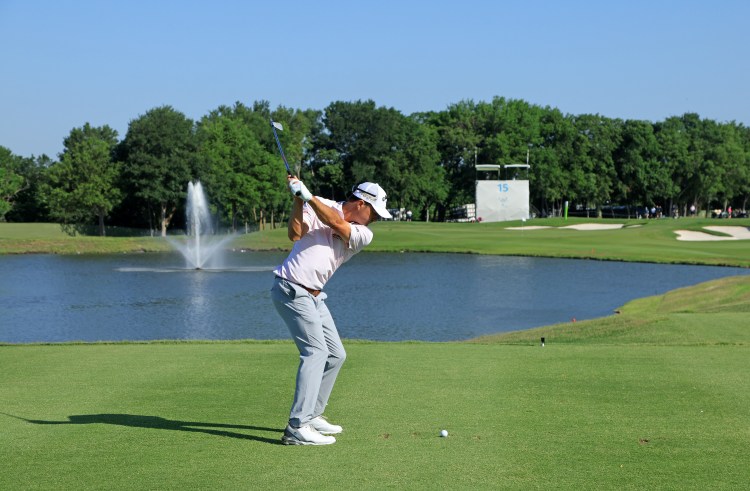 Most of the other members of this list are either long retired or nearing the end of their career. Conversely, the 28 year old Schauffele is still ascendant, not even five full years into his pro golf career. In 2017, Schauffele was the PGA Rookie of the Year after winning the Greenbrier Classic and the Tour Championship. Seemingly on the precipice of getting off this list, Schauffele has finished in the top 10 in six of the last 12 majors, including runner-up finishes at the 2018 Open Championship and 2019 Masters. 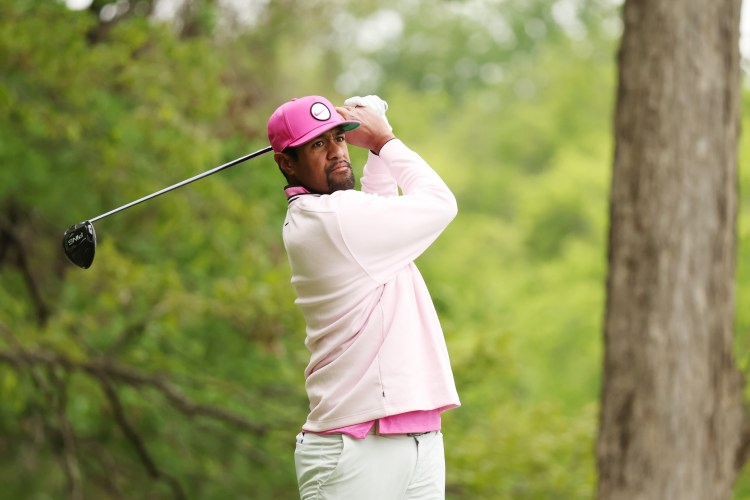 Always the bridesmaid, never the bride, Finau only has two PGA wins of any kind. From 2018 to 2021, Finau finished in the top 10 at nine of the 15 Majors over that time span. Similarly, he’s been a mainstay at the top of the rankings, peaking at ninth in 2018. Although it’s disappointing that the 32 year old Utahan has never broken through at the highest level, pity him not. Finau has made over $26 million, with the bulk of that coming within the last four years. 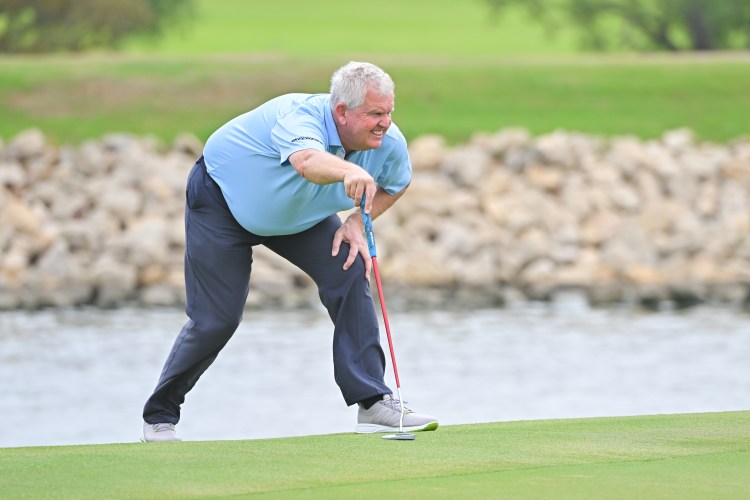 One of the most decorated European Tour players, Montgomerie never quite translated that success to PGA Tour events; his 75 starts at Majors without a trophy are the third most of all time behind Westwood and Jay Haas. A five-time runner-up at Majors, Montgomerie came closest to winning the 1994 US Open and 1995 PGA Championships. Both years, though, both of which he lost in a sudden-death playoff. Over the course of his accomplished career, Montgomerie spent 374 consecutive weeks in the top 10 from 1994-2001. What's more, he won the European Tour Order of Merit a record eight times and was inducted into the Golf Hall of Fame in 2013. 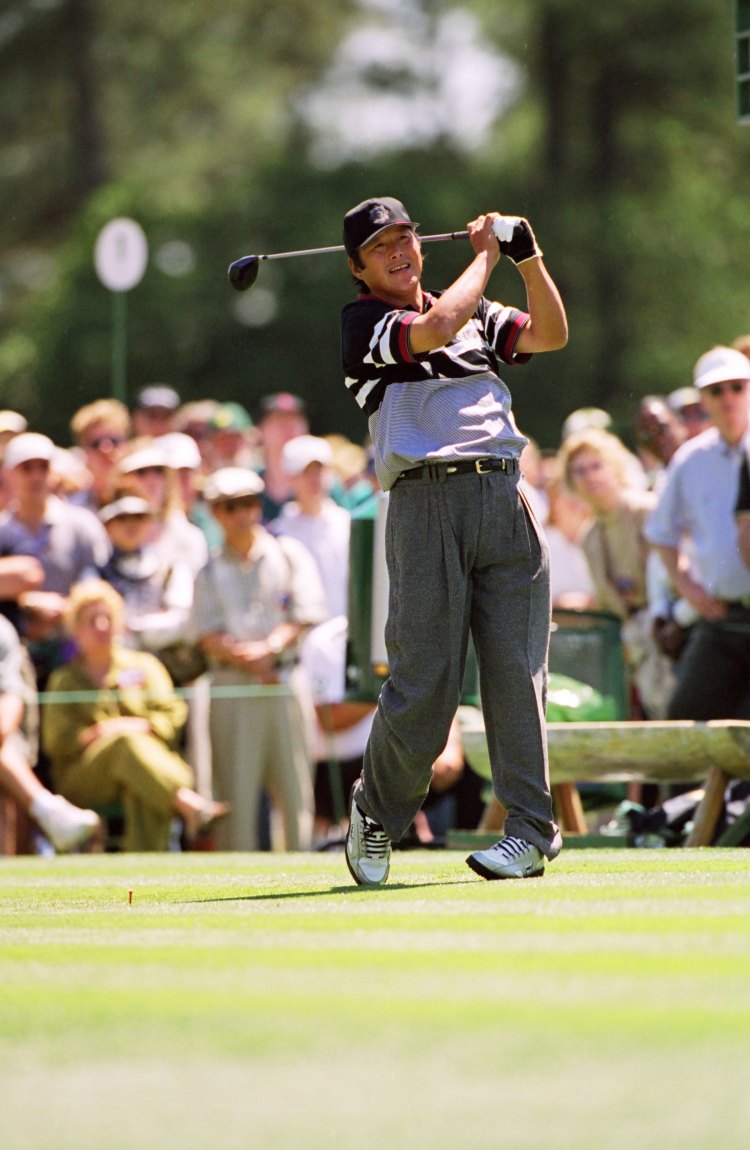 Arguably the greatest Japanese player ever, Ozaki won 94 tournaments on the Japan Golf Tour, 43 more than the next closest golfer. From 1989-1998, the hard-hitting "Jumbo" Ozaki was in the top ten of the Global Golf Rankings for nearly 200 weeks. Despite his massive success in Japan, Ozaki curiously never came particularly close to winning a Major. As a result, Ozaki's case to be the best golfer to never win a major is hurt by the fact that he only amassed three top 10 finishes in the 49 Majors he played in. 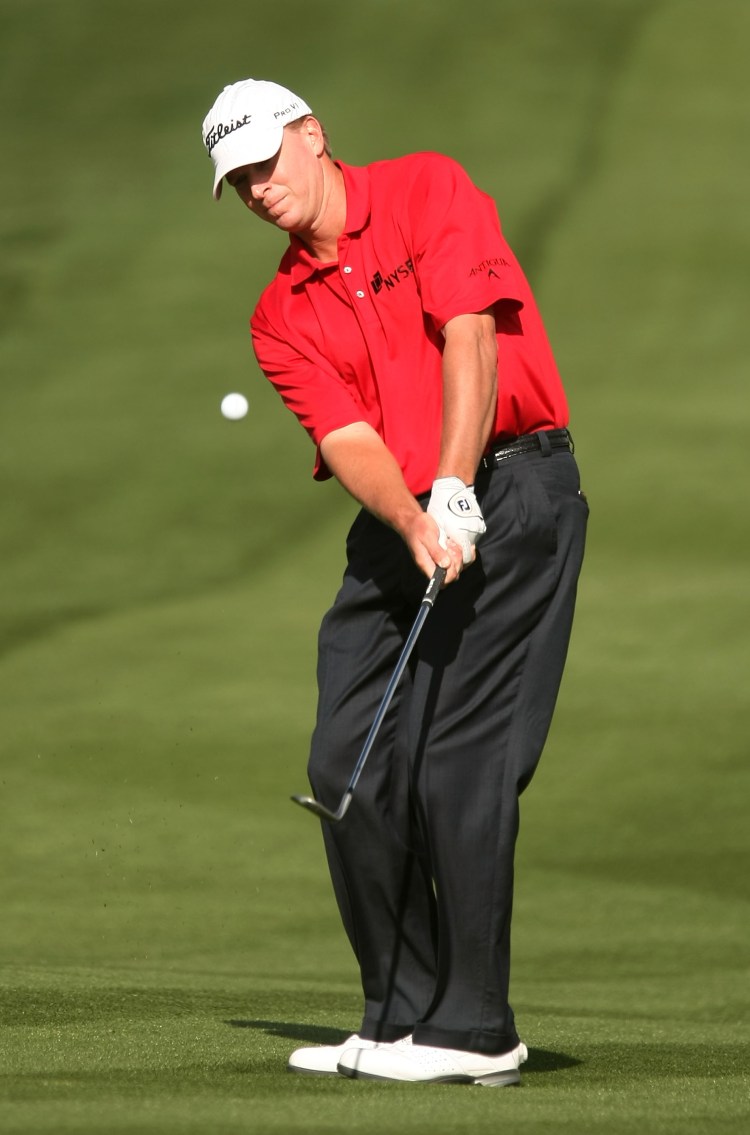 Stricker sat in the Official World Golf Ranking’s top 10 for over 250 weeks in the 2000s and 2010s. In 2009, he peaked at a career-high #2 in the world. Moreover, he won 12 PGA events spanning from the Kemper Open in 1996 to the Hyundai Tournament of Champions in 2012. Most notably, Stricker is one of the best FedEx Cup playoffs performers. Boasting the nickname "Mr. September," Stricker has never finished outside of the top 25 in the FedEx Cup in his career. To wit, he’s an important member of the US team in the Ryder Cup. For the 2021 iteration of the competition, Stricker captained the American squad to a win.