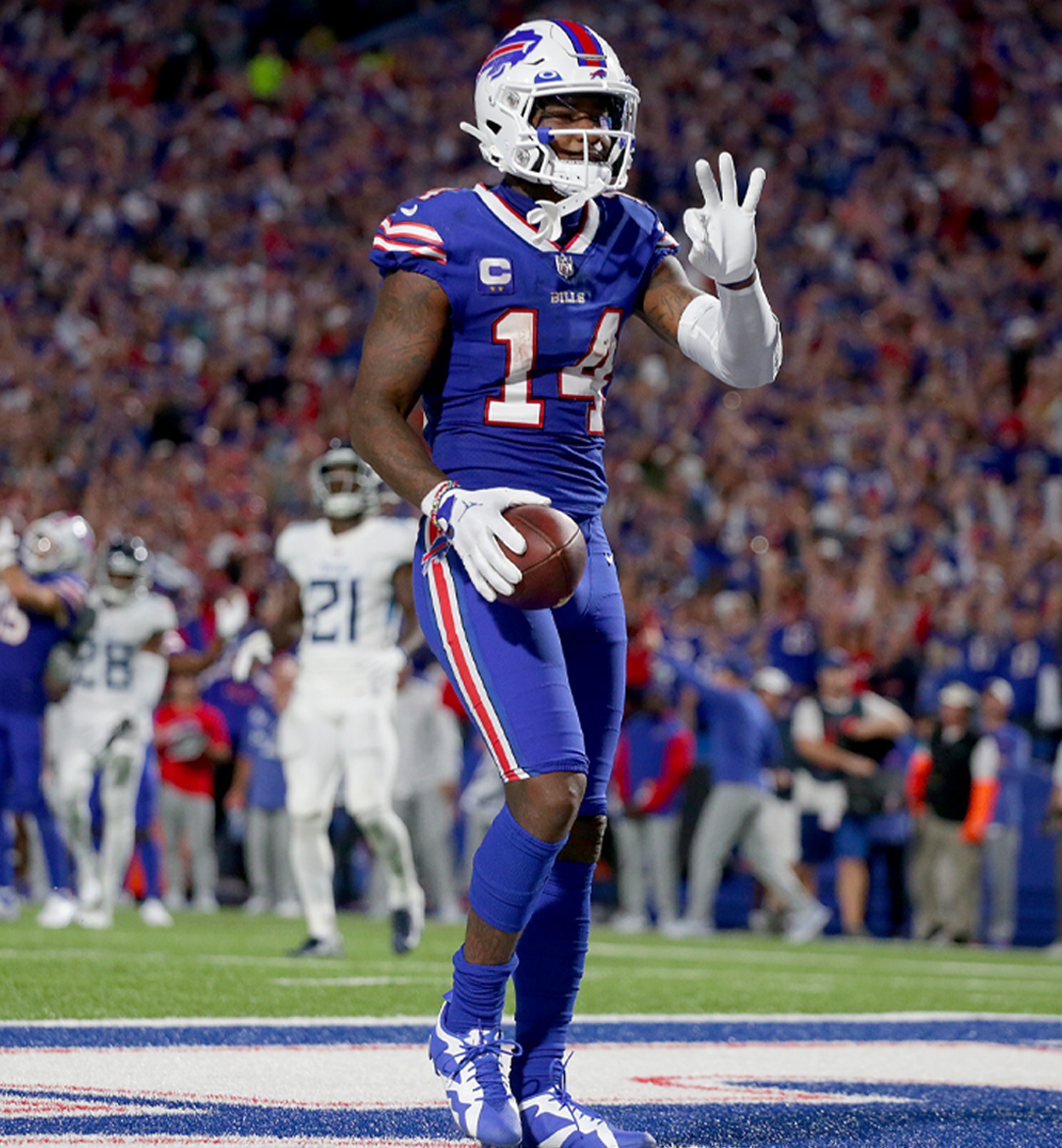 Traditional, season-long fantasy football gives you the opportunity to prove that you’re a smarter and better person than your dearest friends, but daily fantasy sports offers an even stronger incentive: cash. This isn't financial advice, but here are the ONE37pm NFL Week 5 DFS picks.

As the surprise star of the first quarter-ish of the season, Hurts is almost immune to bad games; his running volume and usage guarantees a high floor in any given week. Fortunately, the Arizona Cardinals are hardly the kind of defense that could force Hurts into a stinker anyways. Ranking in the bottom quartile of defenses in the NFL, Arizona doesn’t have the talent or the scheme to trouble the undefeated Eagles in any substantial way. The only thing that could limit Hurts is if the Eagles build too big of a lead and opt to bleed the clock in the second half.

Herbert is way too good to be priced so reasonably. He’s arguably the most naturally talented quarterback in the league and plays in an offense that empowers him to air the ball out. While he has dealt with torn cartilage in his shoulder, he still managed to torch the Texans for 340 yards and a pair of touchdowns last weekend. Expect more of the same against a suspect Cleveland defense that will be without All-Pro pass rusher  Myles Garrett.

Freed from Urban Meyers, the top pick in the 2021 NFL Draft is making good on the promise that he showed at Clemson. The Jaguars are a shockingly good team with ample weapons on offense for Lawrence to work with. Save for last week’s wretched performance in a monsoon against the Eagles, Lawrence has been a stud this season, throwing for eight touchdowns and just two picks.

Despite seeming borderline washed to start the year, Derrick Henry once again looked like King Henry last week, running for 114 yards and a touchdown against the Colts. Beyond being practically untacklable in the open field, Henry has ramped up his usage in the passing game with an average of 5.5 targets over the last two weeks. For years, Henry’s one wart has been his relative absence in the passing game and that seems to have been remedied. Long live the King.

Last week, Pierce demonstrated why he was hailed as the 2022 season’s trendiest fantasy sleeper, finally wresting control of the backfield from his committee co-member Rex Burkhead. After showing promise in the first three games, Pierce received 100% of Houston’s carries and even out-targeted Burkhead for the first time this year.

With starting running back Cordarrelle Patterson on the IR, Huntley is in prime position to build on last week’s breakout performance. Once Patterson left the game, Huntley split carries with fellow rookie Tyler Allgeier, toting the ball 10 times for 56 yards and a score. Even if Huntley is a risky play because the Atlanta offense probably isn’t lethal enough to support two running backs, he has massive upside—it’s very rare to find a potential starting running back for such a low price.

To paraphrase Diggs, he’s him. As the clear cut top receiver on an elite offense, Diggs is heavily targeted and is Josh Allen’s go-to guy in nearly every imaginable situation. He’s a deep ball weapon, a red-zone fiend and even a dangerous quick game option.

The Saints’ first round pick in this year’s draft, Olave has quickly emerged as their most dependable and versatile pass catcher. Over the last three weeks, Olave has been targeted 33 times—that kind of volume both guarantees a baseline level of solid production while also offering star-level upside.

With Kenny Pickett making his debut as a starter, Pickens seems like he’s risen to the top of Pittsburgh’s depth chart. Coming off the first 100 yard performance of his young career, Pickens established an easy and early rapport with the rookie signal caller, popping off for four catches and 70 yards in the second half alone once Pickett took over the reins.

Since Mark Andrews, Travis Kelce and Darren Waller aren’t part of the main Sunday slate, Kittle is the top tight end option by default. Although Kittle has struggled to make a real impact through the first four games, he’s a galactically talented player who has demonstrated that he can produce with Jimmy G under center. Also, he can’t be this bad forever, right?

As the sole pass catcher with any chemistry with Matt Stafford outside of Cooper Kupp, Higbee has been an unexpected target monster. He’s broken double digit targets in two games already and had nine in a third. To be sure, he hasn’t exactly been a world beater and has failed to reach the end zone, but he’s still a top choice in a fallow selection of tight end

The Commies are bad and often play from behind, which forces them to air the ball out. Thomas doesn’t seem to have a great rapport with the erratic Carson Wentz, but has still been targeted at least five times in three of their first four games. That’s not worth nothing, especially for a bargain bin tight end.