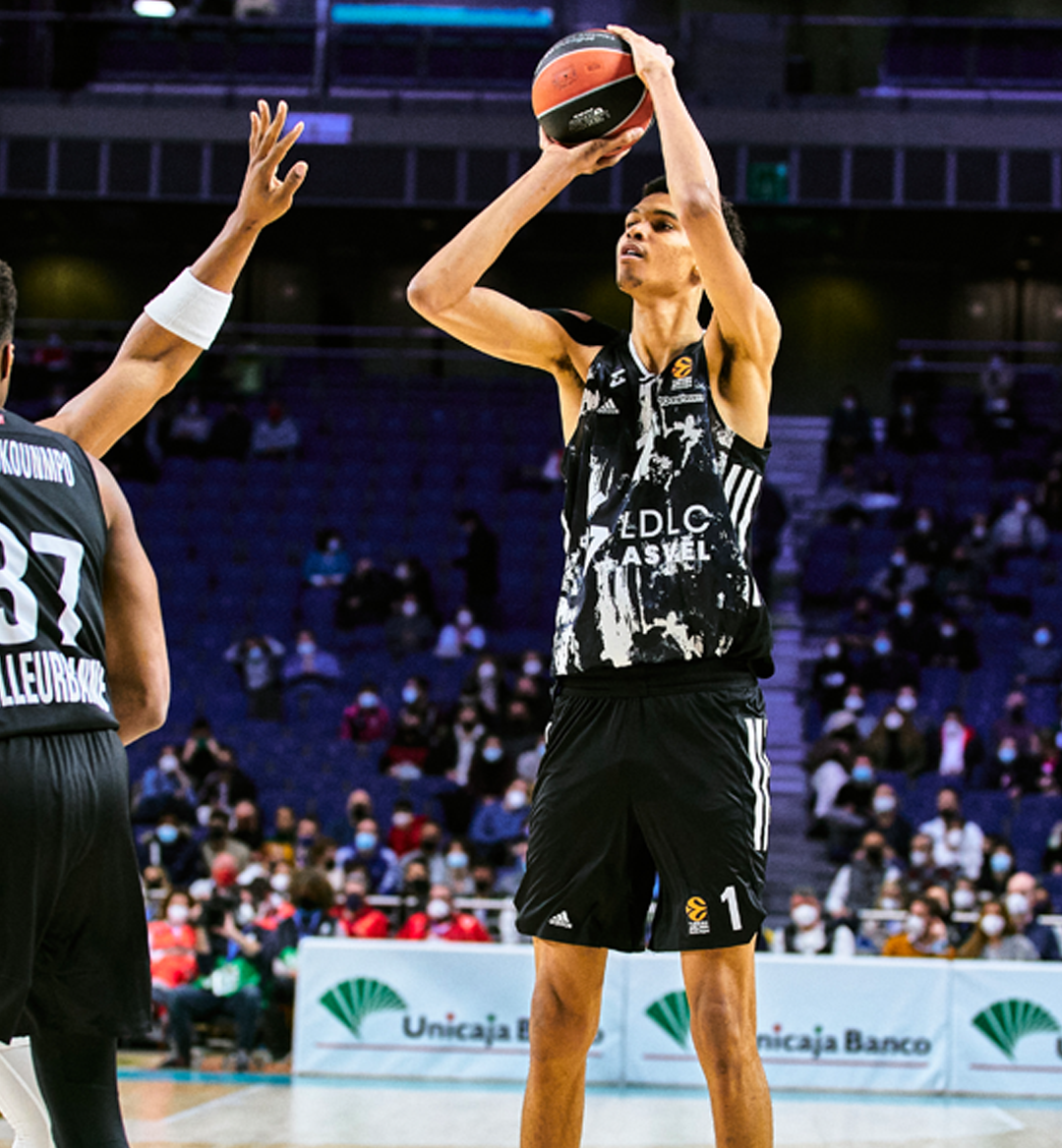 Victor Wembanyama has always been inevitable—barring disaster, he's the surefire top pick in the 2023 NBA Draft. On a personal level, the only thing preventing Wembanyama from going #1 in any of the last two or three NBA Drafts was that he wasn’t allowed to be drafted yet; on a macro level, Wembanyama is the culmination of the years-long reimagination of what it means to be a big man. His development, in vignettes: in 2020, he was a gangly kid hitting jumpers over Rudy Gobert; in 2021, he was punking Chet Holmgren and Jaden Ivey and the best teenage basketball players in America as a 17 year old; and now, apparently, he’s become Death, destroyer of worlds. Serious NBA Draft people say with total sincerity that he’s the best prospect since Zion Williamson Anthony Davis Lebron James Kareem Abdul-Jabaar, uh, the invention of the concept of prospect-hood.

“Wembanyama's combination of length, fluidity, skill, timing and feel for the game is unprecedented in my 20 years of NBA draft scouting evaluations,” wrote ESPN’s Jonathan Givony, the founder of DraftExpress.

Whereas even other mega-prospects like Cade Cunningham or Zion Williamson required some degree of augury or projection, it’s immediately obvious that Wembanyama has the goods. For starters, Wembanyama is pushing the limits of how tall a human physically can be—at 7’5, he's the tallest person in France and quite conceivably one of the 200 tallest men who have ever lived. But what makes Wembanyama so special isn’t merely his gigantism, but rather that he’s not constrained or circumscribed by his gigantism.

“My goal,” Wembanyama said in a press conference before his heavily-hyped scrimmage against Scoot Henderson and G-League Ignite, “is to be like nothing you’ve ever seen.”

Defensively, Wembanyama is nearly limitless. With ASVEL and Metropolitans 92 in France, Wembanyama has largely been used as a rim protector, taking full advantage of the lack of a defensive three seconds rule; he builds an iron dome of limbs around the paint. Even when other bigs post him up and try to entomb his spindly body under the hoop, Wembanyama is so big and so coordinated that he can still block shots as he’s being driven backwards.

Once he makes his NBA debut in 2023, Wembanyama will be the the truest avatar for the crop of versatile, court-traversing big men who define modern defense. The Boston Celtics turned Robert Williams into the most disruptive interior defender in the NBA simply by unfettering him from the interior; the Cavs’ tandem of Evan Mobley and Jarrett Allen is so stifling that it allows them to stomach a defensively iffy backcourt without too much trouble. Wembanyama is all of those guys, except way better. He has Williams’s motor and Mobley’s mobility and Allen’s moxie and tops it all off with the largest wingspan in NBA history. Like an old-timey fireman reliever in baseball, Wembanyama has the power to assuage pressure points wherever they arise, whether it be as the low-man, a drop-coverage sentinel or a switchy “small-ball” center; he has a knack for baiting guards into “call an ambulance but not for me” situations, lulling them into thinking they have a path to the basket before snatching the layup clean from their hands.

While Wembanyama’s defense is great in a numbing, unrelenting sense, his offense is considerably sexier, albeit iffier. There’s a moment in every Wembanyama mixtape where he does something you never even imagined could be possible; when he’s hitting spinning jumpers and step-backs, there’s no real antecedent beyond an endgame NBA 2K MyTeam card. Still, the vision of Wembanyama as a Venti Kevin Durant is unfair—Wembanyama is an incredible creator and shooter for a guy his size, but he doesn’t meet the threshold to try that shit in an NBA game quite yet. Instead, he’ll have to settle for being the most terrifying pick-and-roll big man in basketball. His catch radius on lobs is the size of a city-state; he can pop for open threes and then dust overzealous closeouts off the dribble as necessary. Too, there are hints of a nascent post game—even if he’s too slender and upright to ever be an old-school banger, his touch and reach are so superlative that it doesn’t matter.

If Wembanyama can stay healthy, he’s the rare player with the power to change the very demographics of the league. Just as Shaq necessitated that teams roster burly post defenders and Lebron James made it cool to be a tweener forward, Wembanyama is the crest of the oncoming Large Ball wave. To match up with him, teams will need to target specific kinds of players—think: arachnid lookalikes like Chet Holmgren or husky boys like Kenny Lofton Jr. A new generation of big men will be empowered and influenced by what Wembanyama can do; a new generation of coaches will spawn from the various problems and solutions that Wembanyama and his imitators present. For the next decade, the NBA will be defined by Wembanyama’s capacity to define it.