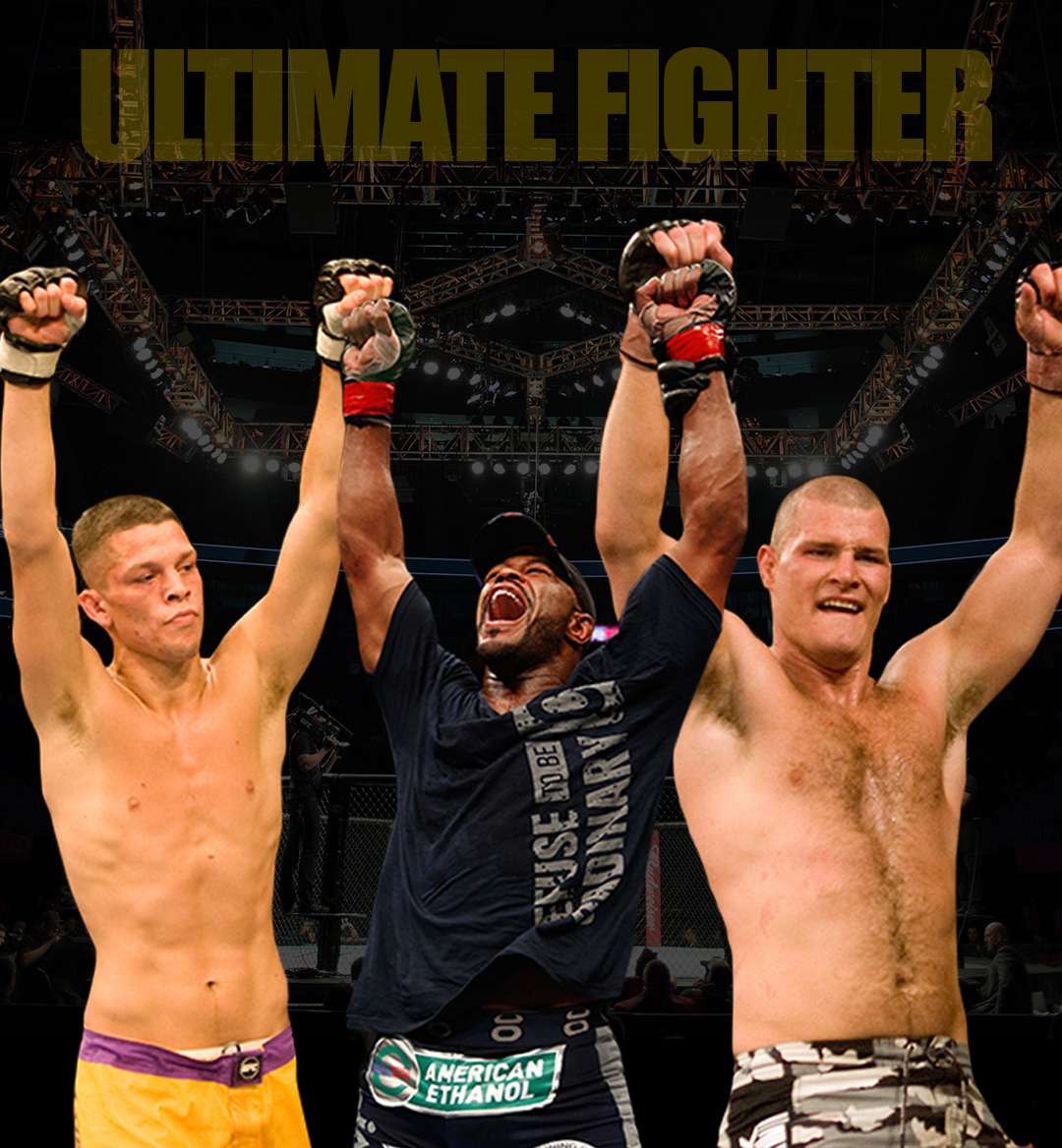 The Ultimate Fighter recently wrapped it’s 29th season awarding two young fighters with UFC contracts. It’s time to take a look back at other Ultimate Fighters that have traveled the same path through the UFC’s longest running show.

The Ultimate Fighter is a mixed martial arts based  reality show commonly labeled as TUF that first aired in 2005. That first season is considered one of the turning points for The Ultimate Fighting Championship (UFC) and the sport of mixed martial arts (MMA) when it aired. The reality show brought in fighters that were unknown then in a sport that was yet to be as popular as it is now, for a chance at signing with the UFC. It has aired twice a year since it began and has just completed its 29th season.

Similar to Dana Whites Contender Series, the show would pull fighters from regional circuits to give them a chance to get into the UFC. The difference is the fighters are pooled together in the same house, and are usually coached by two tenured fighters in the promotion. Usually the coaches are a champion and contender that can have a fight that would be scheduled for when the season ends.

The fighters are assigned to the team of one of the coaches and sometimes complete team challenges. The team that wins the challenges gives the coach matching rights for which fighters are going to compete the week of the challenge. The winners advance until there are finalists for the contract (or contracts) up for grabs. The exposure fighters get during their time on the show adds to any potential star power they might have in their UFC career. It has been a path where UFC stars and champions begin and with the growth the UFC has seen in recent years, it’s time to look at some of the best winners of The Ultimate Fighter so far.

Diego Sanchez’s heart has been and probably always will be his greatest asset both in and out of competition. Most fans remember his time on the show as being a unique character amongst a lot of characters. He put his food in a blender to drink it so he could digest it quicker and called on the lightning to give him strength before his fights. He won his contract and went down to lightweight and made it to a title shot he would lose to B.J. Penn. Sanchez and the UFC have parted ways but that first season of TUF and Sanchez in particular, UFC President Dana White has said he will always have a soft spot for. Any fan from the Zuffa era of the UFC will always remember “The Nightmare” Diego Sanchez.

Griffin and Stephan Bonner’s fight in the Season 1 finale is in the UFC Hall of Fame because it was the challenge, and chance of a lifetime for both fighters. Griffin won by unanimous decision but the fight was so good, it’s been cited as the fight that got season two of TUF greenlit by the then broadcast partner of the UFC, Spike TV. Griffin currently serves as  the Vice President of Athlete Development at the UFC Performance Institute and attends fan events regularly. You can also catch him on many ads from sponsors of the UFC.

Evans' pathway to champion, like the man he won it from, came through TUF. So, it was poetic for him to win the contract and win the title when he was officially a UFC fighter. His path was not easy either, he holds wins over Michael Bisping, Chuck Liddell, and the season 1 winner Griffin. He would lose the title to Lyoto Machada, then go on four-fight win streak in a run at trying to regain the title. He lost to Jon Jones at UFC 145 at his second attempt and retired from fighting a few years later. Evans is a 2019 UFC Hall of Fame inductee and can currently be seen doing analyst work at UFC events. He did comeback during 2022 for a fight with Eagle FC.

Bisping turned out to be, and probably still is tougher than most folks ever knew. His last years before he retired from fighting turned out to be one of the greatest times in MMA. No one thought he was going to win the title in 2016 when he came in as a last minute replacement to face someone that already beat him in Luke Rockhold. Not only did he win the title, but he avenged that loss, and another against Dan Henderson before losing the title to Georges St. Pierre in 2017. Currently he hosts the “Believe You Me” podcast, and serves as a very good desk analyst for UFC events.

Serra has the honor of being the first American Black Belt under Renzo Gracie. He, and Ray Longo are one of the staple MMA gyms in the northeast. Season 4 of TUF featured fighters that many hardcore fans knew already that had fought in the UFC, before the TUF boom. Serra won the contact for his weight class and went on to become champion by beating Georges St.Pierre when no one thought he would. He currently co-hosts the UFC Unfiltered Podcast with Jim Norton and is Head Coach for the Serra/Longo fight team that includes fighters like Chris Weidman, Aljamain Sterling, and Merab Dvalishvili.

Diaz, like his brother both trained under Cesar Gracie and both are black belts in Brazilian Jiu Jitsu. The Diaz brothers are modern day samurai and it is hard to talk about one without bringing up the other. Nick paved the way for Nate to shine at a time in the sport when it arrived at the peak it is at now. Diaz called out Conor McGregor and McGregor obliged him for UFC 196 when Rafael dos Anjos had to withdraw due to injury. He was not expected to win coming in on short notice, but he did. Some might think it’s been downhill for McGregor ever since but Diaz has been a main event draw ever since.

Ferguson, calls himself “El Cucuy” for a good reason. Watch any of his training or preparation for any fight and you will see the likes of something from a training montage in an anime or old kung fu film. If the term “well-rounded” needed a visual explanation for what it means in MMA, Ferguson’s resume would be a fantastic example. Of his 25 wins, 12 come by way of knock out and eight by way of submission. He is currently ranked number seven in the UFC lightweight rankings.

Esparza was the first strawweight champion in the UFC when they decided to use season 20 to create the divsion. It would wind up being one of the most entertaining divisions in the UFC when it comes to the title holders that would follow Esparza. Coincidentally, she won the inaugural title against the current champion, Rose Namajunas in 2014.  She would eventually lose the title in her first fight as defending champion to Joanna Jędrzejczyk the following year who would defend the title five times before losing to Namajunas 2017 . Esparza is currently ranked number three in the UFC strawweight rankings and is on a five-fight win streak. A title fight or a rematch with Jędrzejczyk could be in her future soon.

The show served at a decent promo that led to a great pay-per-view event so don’t expect it to go anywhere.

Who were your favorite TUF competitors?