The Best Pro Wrestling Matches of 2019

It was a crazy year. Here are the best moments, ranked 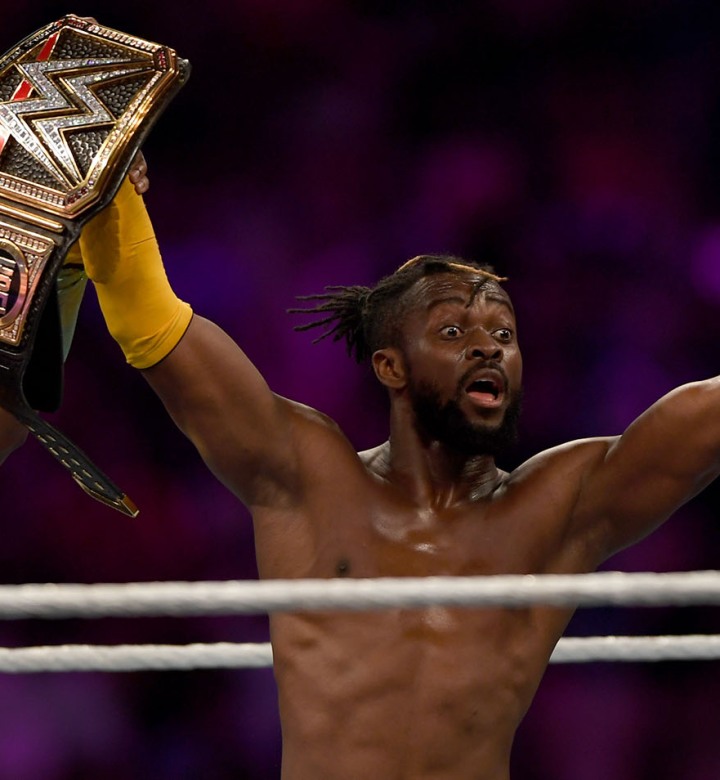 There's likely more wrestling being produced now than there has been in the history of the sport. It’s impossible to watch it all. 2019 was a year marked by upheavals, betrayals and paradigm shifts in the culture of pro-wrestling, but it’s a challenge not to feel exhausted by the 30+ hours of content being produced each week.

Luckily, we’ve narrowed down some of the highlights from the past 365 days of sports entertainment into an easily-digestible list: From emotional interfamilial struggles to exciting explosions of aggression and bravery from new talents.

Here are the 10 best matches from this year.

A quick note: despite Dave Meltzer's on the record contradictions about quality vs. personal taste in evaluations of pro-wrestling, it’s important to remember this is all subjective and that there’s no real way to objectively evaluate quality. That being said, “best” here refers to exceptional in the areas of cultural and historical impact, emotional impact, and technical proficiency.

In June of 2019, RISE reinvented itself as a gender-inclusive federation hoping to feature the best of pro-wrestling’s most under-appreciated talents. They solidified their new ethos with a six-way match featuring local stars, up-and-coming talents like Devon Monroe, and more established yet often disrespected icons like Jamie Senegal, Priscilla Kelly, and Jake Atlas.

What at first starts as comedic winds up getting deadly serious as each competitor is eliminated until Kelly and Atlas remain, starting a longer feud between the final two which has brought out the best in each of them. Revolutionary not only for political reasons, this match was a career-maker for new athletes but also solidified the esteem of several rising stars.

The long and uncomfortable history of the WWE’s misogyny was temporarily tabled at Wrestlemania this year, when Charlotte Flair, Becky Lynch and Ronda Rousey battled for both women’s titles in a historic match and groundbreaking main event match. Rousey displayed her prodigious talent, Charlotte brought legacy, and Becky came with both populist and gender-bending energies—and although the finishing segment was somewhat botched, audiences were thoroughly rapt by the trio.

It’s possible WWE will never give this honor to women again, especially now that Rousey’s sort of out of the picture, so we’ll have to savor this triumph for a while.

How could the 98-pound Riho possibly defeat the hulking and powerful Nyla Rose? What seemed like a bizarre mismatch of talents resulted in one of the most exciting matches in AEW’s short history, showing the United States skills each talent had carefully crafted in Japan. Although it would have been more historic had Nyla taken the belt and became the brand’s inaugural champion, Riho’s shocking and well-earned victory was all the more stunning.

In most mainstream settings, women’s wrestling still isn’t nearly as respected as fights between men. Io Shirai and Candice LeRae are easily two of the best brawlers in the world, and although the feud leading up to this match had been long and somewhat incoherent, the duo stole the show in a non-title match that technically had no real stakes.

More than a narrative progression, this bout was about skill and in-ring psychology, which both combatants proved they had in spades—proving that women’s wrestling could easily be the main event of more cards if bookers were less stubborn.

The Freudian psychodrama of the Hatfield clan reached its climax in Chicago when Dasher took on his son Boomer, with each fighter’s mask on the line. Although it’s a cliche to say this fight brought tears to the audience’s eyes, in this case, it was quite literal: Fans have a lot of protective transferences towards Boomer and seeing the Hatfield patriarch’s ruthlessness isn’t exactly easy to watch.

Dasher got increasingly desperate as his progeny kept coming up with new counterattacks, prompting the senior fighter to resort to illegal tactics in an attempt to snatch a victory. But Dasher was ultimately defeated, although it might have been a pyrrhic victory for Boomer, leaving the smaller fighter at odds with his entire family.

6. Cody vs Dustin, AEW 'Double or Nothing'

The culmination of decades of family strife, Dustin and Cody Rhodes' Shakespearean fight forced the entire industry to take AEW seriously. Although too vicious for many casual fans, the bizarrely feel-good finish provided a happy ending to this violent family feud.

Another classic big vs little dynamic is at play in Tyler Bate vs Walter at Cardiff, Wales this Summer. It’s impossible to not immediately feel affection for the diminutive Bate, whose wiley antics are complimented perfectly by his unbelievable physical strength. Bate does manage to essentially deadlift Walter more than once in this bout, which is no small feat considering the latter is probably twice the size of the former. Tyler’s pluck couldn’t save him from Walter’s mass—meaning that a second title run for Bate is out of the question, at least for a little while.

Because of the sheer amount of matches in the G1, it’s almost impossible for anyone fight to stand out as particularly striking or magical. But Moxley (FKA Dean Ambrose)’s most savage bout of the tournament with the Stone Pitbull Tomohiro Ishii remains emblazoned in the minds of fans because of its sheer savagery. At one point, the two fighters were both on all fours, hoping to knock the other out with repeated headbutts. Sacrificing his brain cells for victory, Moxley got the pin, but even this win didn’t land him in the finals, somehow.

David Starr’s mouthy personality—and outspoken leftist politics—have earned him scores of enemies on social media and in the ring, but the honorable Mercedes Martinez isn’t one of them. Starr offers an ultra-rare show of respect to open the match, but doesn’t hold back even slightly once the bell rings. The two battle for approximately 30 minutes before Starr delivers a flurry of genuinely frightening closed-fist punches to Martinez’s throat, but she just keeps kicking out, a testament to her inimitable resilience. Starr ultimately gets the pin here, but he’s probably never fought harder in his life.

WWE isn’t exactly known for being good at handling racial politics, and not-so-subtle hints that this story went far beyond the apolitical tone the company tends to maintain were repeatedly dropped into the buildup for this match. The universally beloved Kofi Kingston took on Daniel Bryan after battling with McMahon over the potential opportunity for months, but it was hard for even the most optimistic fans to believe that the sports entertainment company would get over their prejudices and allow a black heavyweight champion. Kofi nonetheless achieved victory, in a moment as breathtaking as it was groundbreaking.