Is the Big Ten the Most Talented Conference in College Basketball? 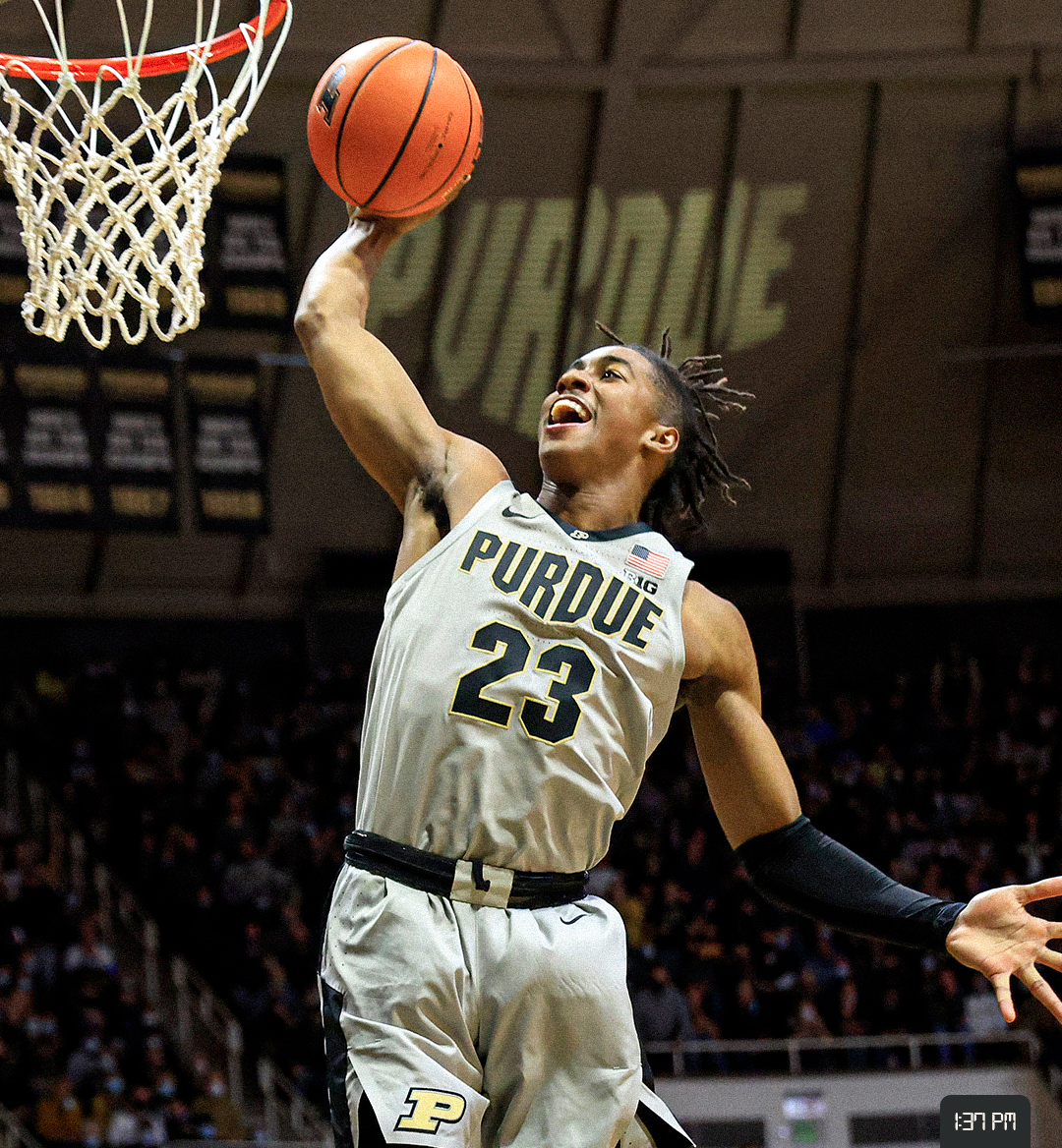 If college football is so thoroughly dominated by the SEC that  “Finnebaum Show” caller insanity has become a national affliction, college basketball remains a rich buffet of regionalisms. Each conference possesses it’s own unique tannin profile. The Big 12 is home to grindhouse auteur coaching as heavyweight tacticians like Chris Beard, Scott Drew, Bill Self and Bob Huggins try to fistfight offenses into submission with hectoring, no-middle defensive schemes; the SEC launders its football riches through their hoops programs as slick-haired coaches flim-flam their way into the best backcourts that NIL money can buy; the ACC is a closed-loop edition of The Bachelor in which the same 14 teams thirstily compete each year to be recognized by Duke and UNC (chin-up NC State, at least you made it to Hometowns); the Pac 12, as far as I can tell, doesn’t really exist.

In this sense, the Big Ten has been defined by its yeoman failure; No Big Ten team has won the NCAA Tournament since 2000.. Every year for the last 22 years, corn-fed Goliaths shuffle around the Midwest during the winter, stomp their way to 62 points per game during conference play, and then lose in March to teams who don’t hold mothballed Bobby Knight instructional VCR tapes as the peak of hoops.

This year, though, the Big Ten might just be the most talented conference in the country. While the SEC and Big 12 probably have deeper reserves of complete, competitive teams, the Big Ten is loaded with star players—there’s a non-zero chance that the All-American first team is comprised entirely of Big Ten players. As such, this crop of talent has begun a grassroots reimagining of Big Ten basketball, potentially nudging the league from its stodgy past and into a more dynamic future.  Even if no Big Ten outfit wins the NCAA Tournament, the incandescence of the its best players could drag the conference into the 20th century.

The Purdue Boilermakers, the third-ranked team in the last AP Poll, have built the best offense in the country by modernizing traditional Big Ten sensibilities, pairing the one of the country’s best guard (Jaden Ivey) with its best big man battery (Trevion Williams and Zach Edey). Although Purdue has the personnel to run the kind of NBA-style, spread pick-and-rolls that have become increasingly trendy in college, they instead opt for a bespoke choreography tailored to their players’ individual goodness. Ivey is already one of the fastest players in college basketball, but he becomes even more dangerous when he’s sprung by jet sweeps and dribble-handoffs; the 7’4 Edey is unstoppable on the block, especially considering the deep post position that Purdue establishes for him with their screen-setting and misdirection; Trevion Williams is empowered to flex his passing chops, picking out cutters like a Stop & Shop Nikola Jokic.

Whereas Purdue deploys a fairly egalitarian attack, Wisconsin, Illinois, Iowa, Ohio State are studies in heliocentricity, funneling the bulk of their offense through their respective star. In Madison, Johnny Davis has emerged as the National Player of the Year favorite for the Badgers. After not starting a single game his freshman year, Davis is now the fourth leading scorer in the country with 22.3 points per game. In a signature 37 point outburst against Purdue, Davis buried the Boilermakers under a torrent of angular pull-up jumpers and grifted his way into 12 free throws. A patient, muscular shooting guard, Davis carves out space for self-exploration, even while operating within Wisconsin’s perennially safety-locked flex offense.

Moreover, Kofi Cockburn has evolved into the fulcrum for Illinois’ offense, transforming from a play-finishing remora into a world-historically punishing force.  His success is easy to understand: he’s massiver than any player tasked with guarding him. Short of sending a double team, defenses don’t have much recourse from preventing Cockburn from rooting himself in the middle of the paint and shoulder-checking his man into oblivion. Cockburn amasses up a brutalist 22 points and 12.5 rebounds per game through malice and dead lifts alone.

For the first time in years, teams across the Big Ten are demonstrating intent and purpose—there’s an acknowledgement that running your offense through your best players is common sense and not some moral failing, that basketball games are determined by talent and skill rather than Protestant work ethic. Until (possibly) this year, the problem with Big Ten basketball this millennium is that teams have placed more emphasis on the Big Ten part of the equation and not enough on the basketball. Like animals born in captivity, Big Ten teams have grown accustomed to the weird, insular confines of the conference and have struggled outside of them. Encouragingly, though, Big Ten teams fared well in non-conference play: Purdue boasts wins over North Carolina and Villanova; Wisconsin beat Houston; Ohio State upset Duke.

So, will a Big Ten team win the NCAA tournament? Probably not!  But Ivey, Edey, Williams, Davis, Cockburn, Murray and Liddell provide a blueprint for how teams can exist beyond the cramped mind palace of midwestern basketball convention.