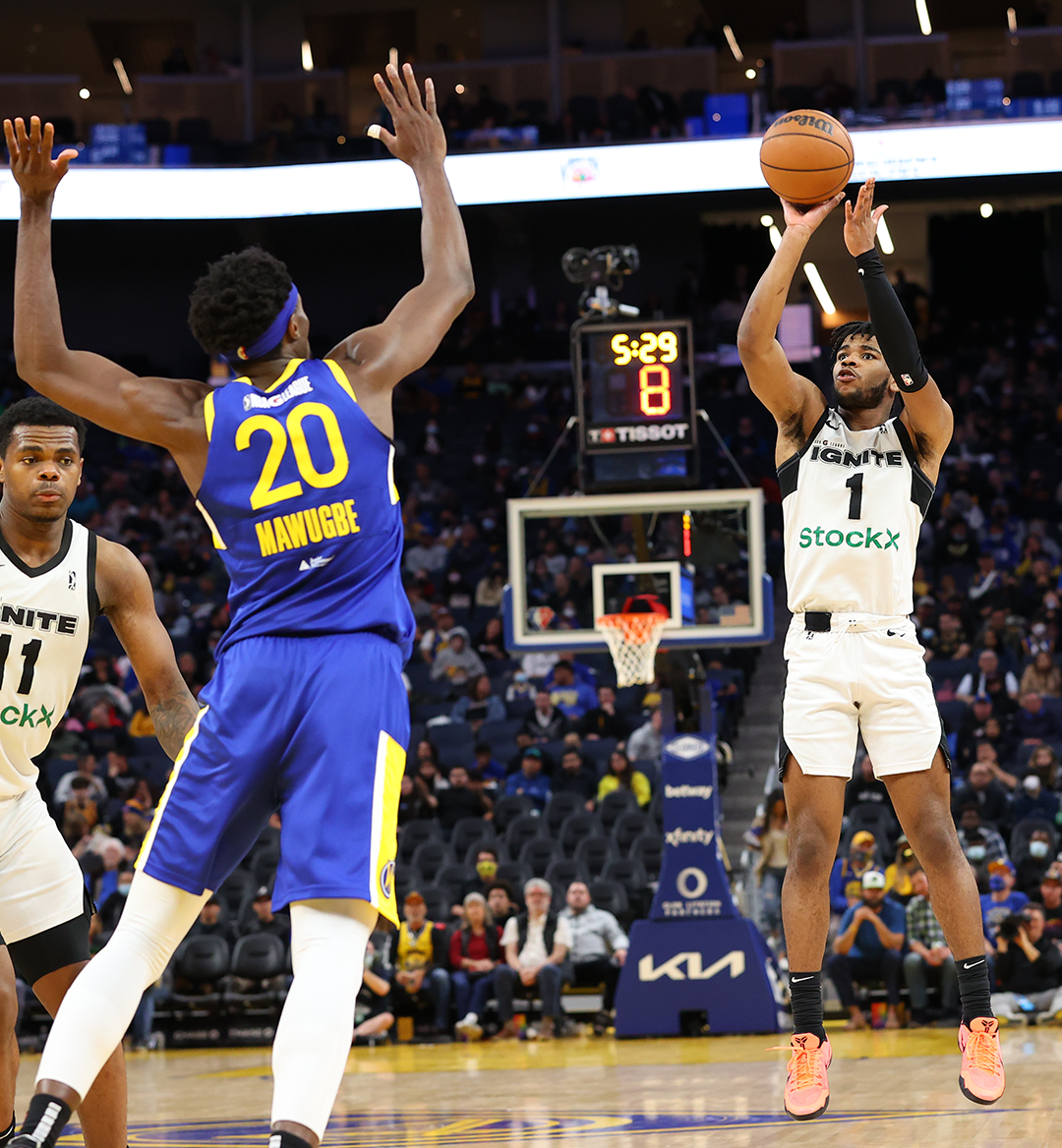 The beauty—or horror—of the 2022 NBA Draft is that it’s sleepers all the way down. Absent the franchise-changing players like Cade Cunningham and Evan Mobley and Jalen Green and Scottie Barnes that comprised last year’s top four picks, every selection this year required some combo of augury and faith. While the top three picks were always pretty well calcified, the draft got weird really fast—nobody can really divine who’s the fifth best player in the draft, never mind the 15th best, never mind the 25th best. More than any other year, this draft was a subjective endeavor as teams hunted for their guy regardless of the faint public consensus. Here are the three 2022 NBA Draft sleepers you should know before they go mainstream.

The top-ranked guard coming out of high school, Hardy was the putative star of this year’s G League Ignite team. Until wasn’t! In his 12 games during the GLeague Showcase, Hardy scored a decent-enough 17.7 points per game, but shot 35.1% from the field (26.9% from three) and racked up more turnovers than assists. For anybody, this performance would be bad. For a player whose entire value is wrapped in his ability to be good at offense, it was cataclysmic. Last summer, Hardy was projected to be a top three pick. Last night, he languished in the green room until the 37th pick.

Despite the overwhelming statistical evidence that Hardy is probably  bad, his embers of goodness are irresistible. No matter what the “numbers” and “empirical fact” suggest, Hardy is an elite shooter and shot-creator. In a perverse way, the mere fact that he missed so many shots is evidence of his ability; a less talented player wouldn’t be given the latitude to miss so many shots every game without being benched. Hardy might not necessarily be the best shooter in the draft (that’s probably AJ Griffin), but he’s certainly the most functional, able to thrive in nearly any context. As a ball-handler, he’s all swagger and compact muscle,  launching pull-up threes in the pick-and-roll or creating space with a step-back. In spot-up situations, he made 50 percent of the 40 unguarded catch-and-shoot threes he took. Most promising, he seemed to adjust to the rigors of professional basketball over time, putting up 22 points on much-improved 52 percent True Shooting. Entering the season, Hardy was known as an immensely talented and incendiary scorer. Eleven months later, he still is.

Here are the things Dereon Seabron is bad at: shooting, finishing, on-ball defense, off-ball defense. Here is the thing Seabron is better at than just about anybody in the world: getting to the rim. A 6’7 guard at NC State, Seabron rampaged through overmatched ACC backcourts to put up 17.3 points and 8.2 rebounds in a breakout sophomore season. When he’s attacking the basket (which is nearly all the time), Seabron moves like a Pro Bowl edge rusher, using his flexibility and sudden explosiveness to bend around defenders. At the risk of getting too nerdy and granular, Seabron has freakishly flexible ankles which allow him to maintain his balance and his thrust without embarking on arcing, indirect detours along his path to the basket.

Outside of Jaden Ivey, no player in the draft generates as much unrelenting rim pressure as Seabron. In fact, not many players in any draft do. Last year, Seabron attempted 319 shots at the rim; Zion Williamson, the most singularly dominant interior player in recent college basketball history, is the only drafted player to come close over the last 15 years, attempting 313 during his one year at Duke. But whereas Williamson leaned on his teammates to create looks for him, Seabron needs no assistance—he was only assisted on 25.5 percent of his 177 lay-ups.

As such, Seabron’s single superlative skill offsets his other deficiencies, yet he somehow went undrafted before signing a two-way deal with the Pelicans. Yeah, he only made 11 of his 43 three-pointers last year, but he’s still able to slice through a crowded paint for a layup. Who cares if his off-ball defense is a little sleepy if he’s collapsing the defense whenever has the ball?

Certain, special players don’t merely have talents; they have gifts. For Lebron James, it’s his intelligence. Steph Curry, his shooting. And with Jaylin Williams, it’s his capacity to have guys run into him over and over again. As the linchpin for a stingy Arkansas defense, the 6’10 Williams pioneered a new flavor of rim protection, grounding drivers before they take off rather than trying to meet them at the summit. Accordingly, Williams led the country with 54 drawn charges (more than double any other player) while blocking just 41 shots.

Although college refs who relish in the theater and drama of calling a charge undoubtedly aided Williams' grift, he has an unparalleled understanding of the game on a moment to moment basis. Williams isn't some beached Fred the Fish who unwittingly finds himself in harm's way. Instead, he grinds for this shit, suddenly appearing in the path of offensive players. On each possession, Williams susses and snuffs out the central action. It’s a smaller scale, college version of the handiwork that defensive geniuses like Draymond Green perform every game, albeit one in which Williams lacks the same physical tools.

Offensively, Williams displays a similar headiness; he’s the best passing center in the draft, cannily working dribble-handoffs and picking out cutters from the elbows. Beyond his big wrinkly brain, Williams has some nascent ball skills—he sometimes beat pokier big men off the dribble at Arkansas—but he’s hardly an offensive dynamo. In totality, Williams is at once incredibly impressive and fairly ordinary—he’s an excellent thinker who’s an ok doer, a collectivist who’s a middling soloist, a clear first-rounder who slipped into the second.