Blake Wesley Is the Biggest Sleeper in This Year's Draft 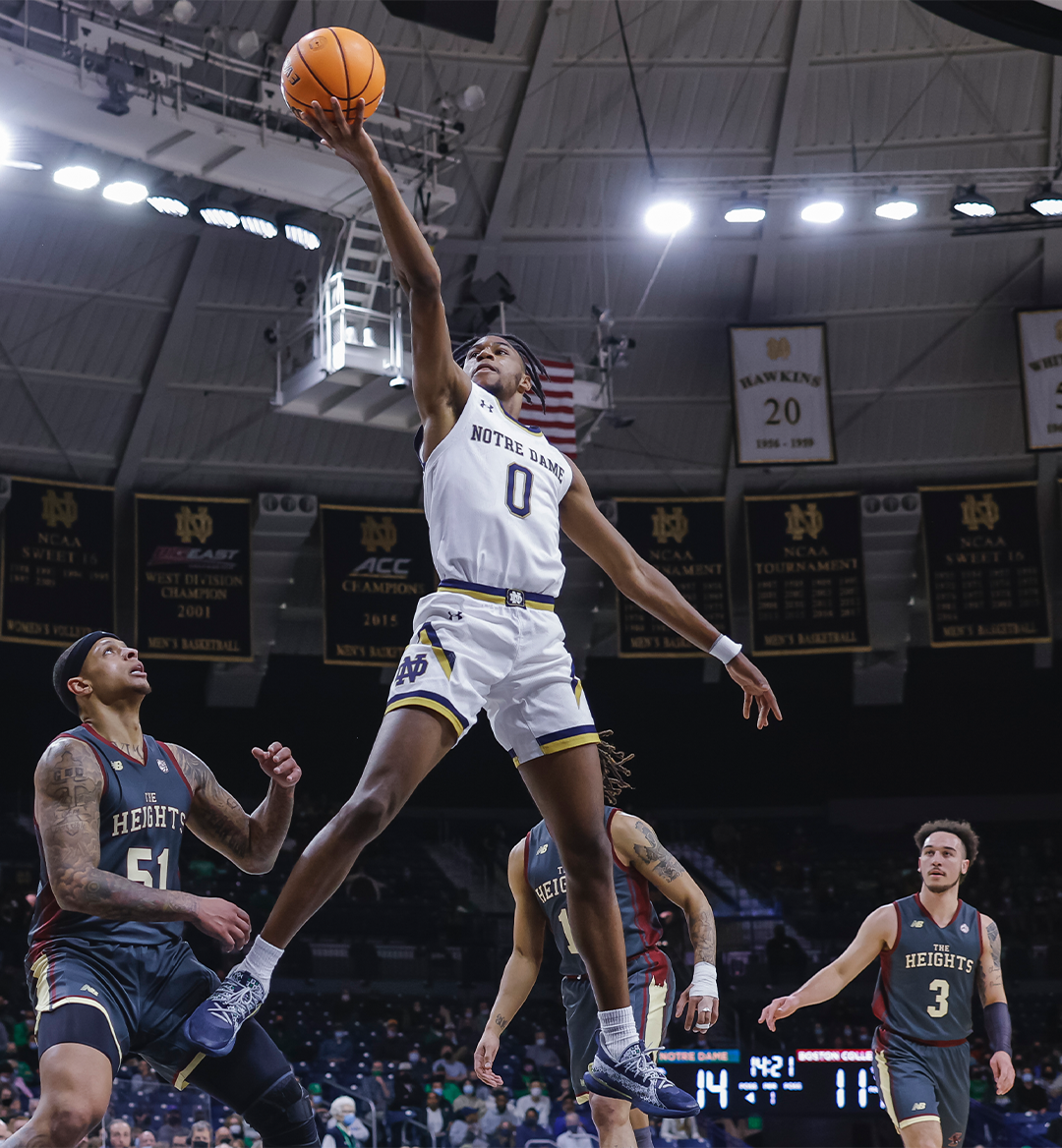 Blake Wesley demands your attention. A freshman guard from South Bend, Indiana, Wesley has emerged as the unlikely engine for a surprisingly good Notre Dame team. For years, the Fighting Irish have boasted an aesthetically pretty yet ultimately gormless offense; Wesley has supplied gorm in spades. Over the course of Notre Dame’s 12-4 ACC campaign, Wesley has risen from an unheralded high school recruit to a Draft Twitter curio to, now, a legitimate potential lottery pick in the 2022 NBA Draft.

In perhaps the simplest and most distilled expression of his goodness, Wesley has the highest usage rate on Notre Dame’s roster and has come by it fairly.  Despite being an unpedigreed freshman who’s sharing a backcourt with an All-ACC point guard, Wesley has been entrusted as the big cheese of the Fighting Irish’s offense, leading the team in points per game and assist rate. More broadly, Wesley has been one of the most prolific freshman guards in the entire country; he’s the only high-major freshman guard in the whole country to average more than 14 points and 2.5 assists per game. Parse his game from a geekier, advanced stats perspective and his special combo of self-creation and passing skill is still apparent: Wesley is one of only two high-major freshmen (the other is Kerr Kriisa) to hoist more than 10 threes per hundred possessions while still maintaining an assist rate over 20 percent.

Divorced from any numbers, it’s still obvious that Wesley is, in the most scientific possible terms, nice with it. Whereas lots of young guards have had specific dribble sequences and moves so thoroughly grooved into their brains that it breeds a kind of over-trained rigidity, Wesley attacks the rim as if his movements are informed by micro-moments of inspiration.  There’s a presentness and conscientiousness to the way that he reads defenders, tailoring his attacks in response to the way that he’s being guarded. With the ball in his hands, Wesley has a tremendous understanding of the one-on-one mini-duel with his opponent during each possession. He gets into the torso of big men, deleveraging them and preventing them from rising up to block his shot; he strides past prying on-ball defenders and shoots over sagging ones.

While the high-scoring combo guard is an exceedingly familiar archetype, Wesley imbues it with a sense of irregularity. He plays very two-dimensionally in the most graphical sense. Without the vertical pop to play above the rim and ascend along the z-axis, Wesley possesses a slippery, ground-bound dominance. Dribbling with a halting elasticity and manipulating the tempo and length of his steps, he's uncontainable off the bounce against college defenders.

Even as the college season reaches its end, this year’s crop of potential NBA players remains uncertain; outside of the obvious top five prospects, there aren’t many—if any—players who profile as obviously good NBAers. In this sense, Wesley stands out not because of an exceptionally high floor, but because he’s one of the rare players who has genuine star upside. Although his three-point shooting may be mostly theoretical at this point and his passing consigns him to combo guard purgatory, no other guard in the draft presents such an intriguing combination of skills in such a quirky physical package. Outside of the inner sanctum of mega-elite freshmen prospects, you couldn’t ask for anything more.