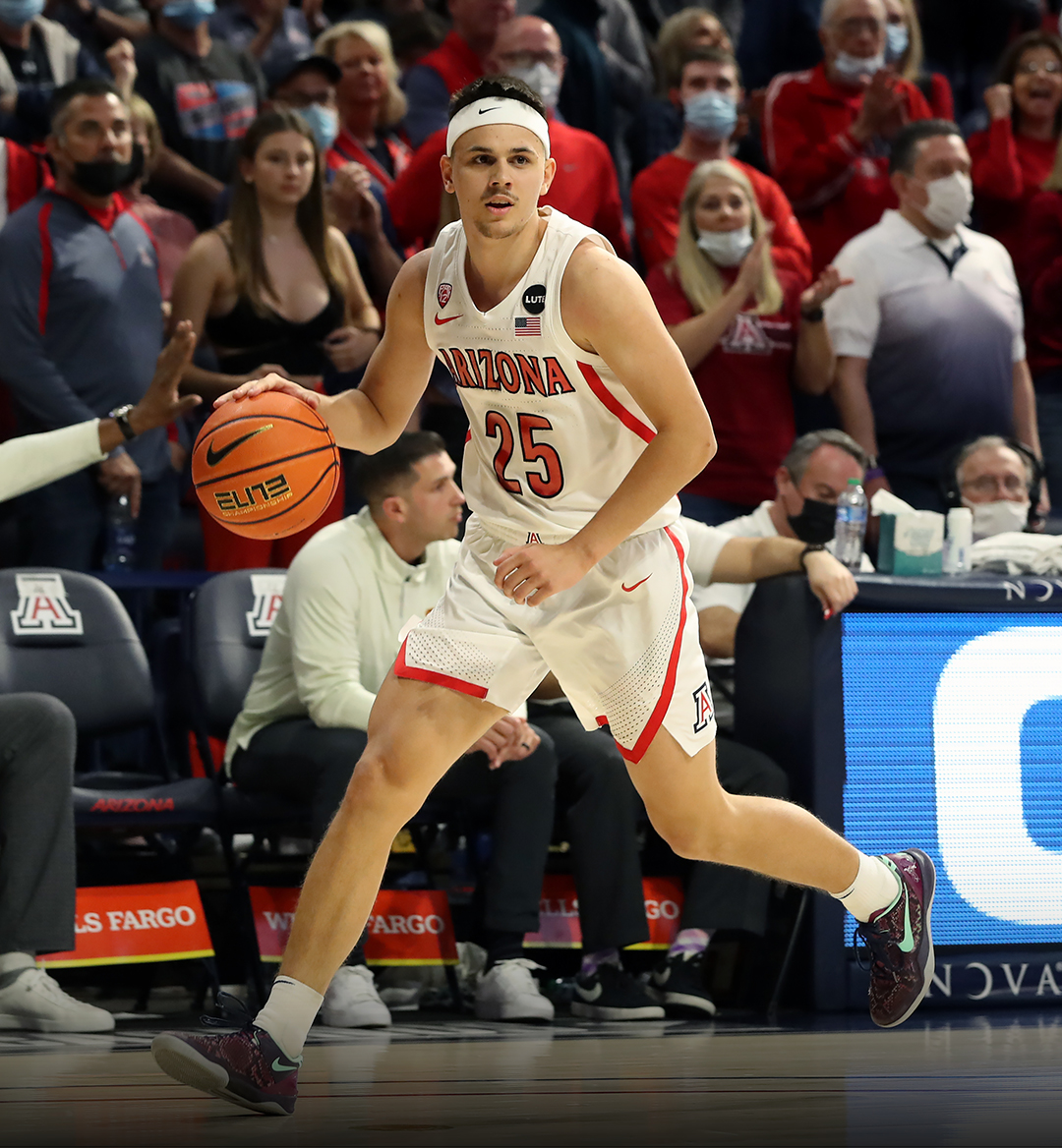 It’s easy to hate Kerr Kriisa, the University of Arizona’s talismanic Estonian point guard. Affectionately, he’s a rabble-rouser; cynically, he’s a dick. Fitting within the lineage of college basketball villains, he evinces the same charismatic jerkishness as JJ Redick or Marshall Henderson before him. He shit-talks refs to the announcers; he shit-talks opponents to their face, daring them to match his energy. He’s a normal-sized white guy with a headband and a blue streak; everything about his whole gestalt triggers a practically Pavlovian response to boo. But most of all, he’s the beating heart of the Arizona Wildcats, the nation’s swaggiest and maybe best team.

Despite his reputation as a heel, Kriisa plays a relatively unassuming game. Whereas his villainous brethren were largely unrepentant gunners, Kriisa is downright modest. His 19.3 percent usage rate and 10.2 points per game are both only fourth on his own team. The majority of his buckets are assisted. The archetypal pass-first point guard, Kriisa is a situational and team-dependent scorer; isolations comprise only 2.1 percent of his possessions.

Freed from former coach Sean Miller’s suffocating, agoraphobic offense, Kriisa and the rest of the Wildcats are discovering the joys of open space. A year after crawling along at the nation’s 198th fastest pace, Arizona now plays at the eighth fastest tempo. Under former Mark Few protege Tommy Lloyd, the Wildcats take 29.8 percent of their shots in transition (16th highest proportion of transition shots) and have an effective field goal percentage of 62.8 percent on those looks, the eighth best in the country.

On a team loaded with athletic wings, Kriisa is a game-manager with a heel’s sensibility —think: Kirk Cousins crossed with Johnny Manziel. He (probably) has the best assist-to-turnover ratio of any player who regularly waves goodbye to silenced, defeated student sections on the road.

With the ball in his hands, Kriisa blurs the line between the fundamental and the audacious, even the most basic passes are imbued with a palpable arrogance. Fittingly, his most representative mixtape is a three-minute compilation of him freaking hit-ahead passes in transition. Averaging 4.8 assists and just 2.4 turnovers per game, Kriisa is the best playmaker on an offense with the second highest assist rate.

At a time when college offenses are becoming increasingly rigid in their choreography, Arizona has an elite attack because of Kriisa’s ability to prevent their free-wheeling aggressiveness from spiraling into entropy. Although Ben Mathurin is the team’s resident future NBA lottery pick and Christian Koloko is the presumptive Pac-12 Defensive Player of the Year, Kriisa is sneakily their most important player; he’s the one singular, irreplaceable part of the machine. If Arizona embarks the Final Four run that some (meaning: me) expect from them, it'll be because of Kriisa's tone-setting demeanor. In this sense, Kriisa is basketball roux, providing a crucial, if invisible, binding element to Arizona’s offense.