Why Carmelo Anthony Can Be a Difference-Maker Against the Nuggets 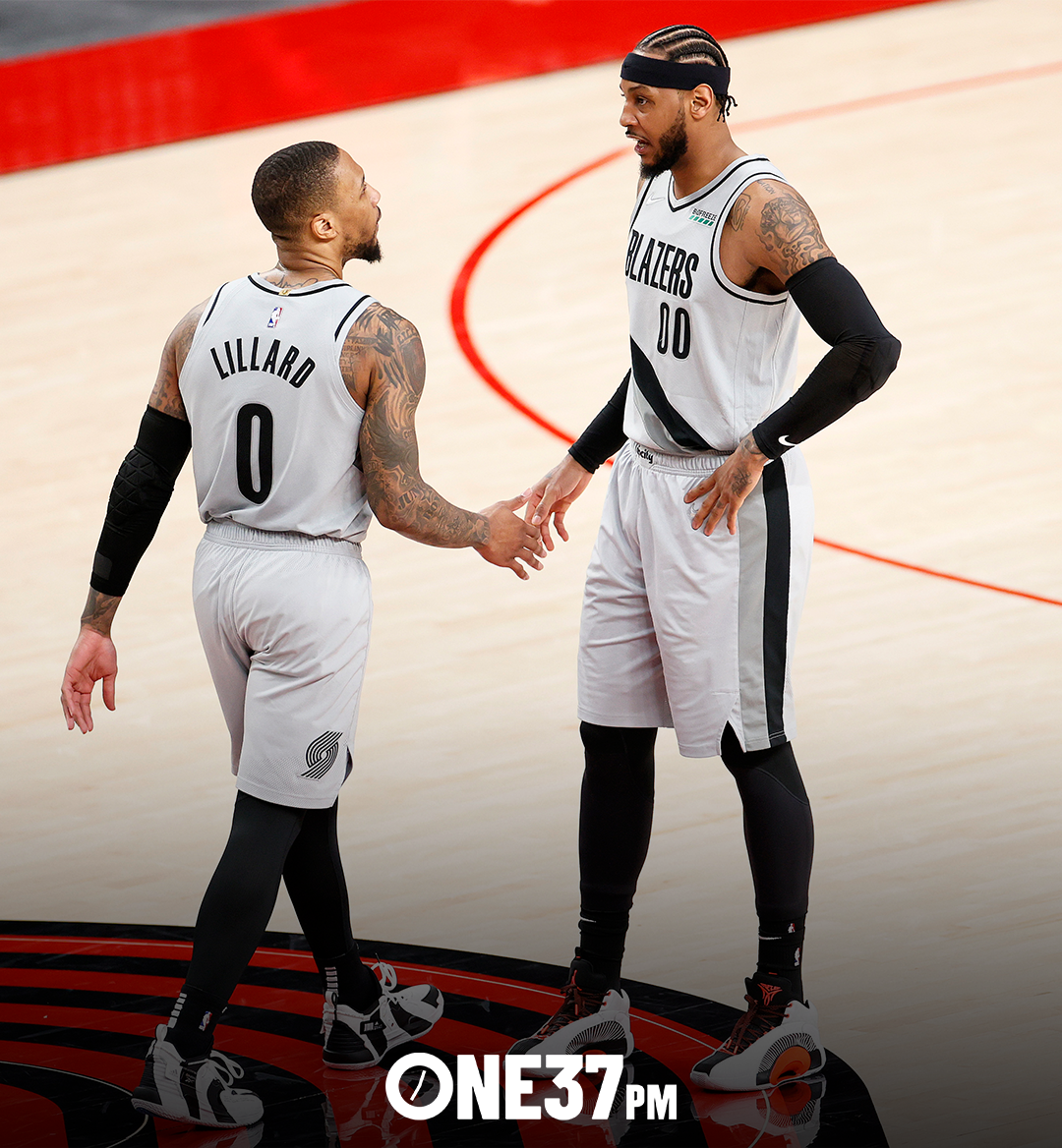 The Trail Blazers entered the playoffs almost completely healthy and they peaked at the right time, with six wins in their last seven regular season games. When Dame, CJ and Melo combine for 70 or more points, the Trail Blazers become very hard to beat. That’s exactly what happened in Game 1 of their first round series against the Nuggets, as Lillard, McCollum and Anthony combined for 73 points.

Portland has enough offensive firepower to scare any team and you have to remember that Games 1 and 2 took place at Carmelo Anthony’s arena. Ball Arena, formerly known as the Pepsi Center, is Melo’s arena. He got almost no love from Nuggets fans on Saturday though. “They love me. They hate me. I can’t do anything about that but go out there, smile, enjoy myself, have fun and play basketball,” Anthony said after Game 1.“Whatever they have to say, let them say it, it’s not my concern.”

Carmelo Anthony had 13,970 points, 3,566 rebounds and 1,729 assists over 564 games in eight seasons with the Nuggets, but their fans probably haven’t recovered from Melo’s trade request or from his six first round playoff exits. Anthony scored 12 points over his first five minutes off the bench in Game 1 and finished with 18 points on 6-for-12 from the field (4-for-8 from 3-point range).

The Trail Blazers rolled, 123-109 in Game 1 and Melo earned his first career road win against the Nuggets. The legendary scorer had lost 10 straight games as an opponent in Denver. In Game 1, the Portland bench outscored the Denver reserves 34-20, with Anthony as their spark. He can be the X-factor in what should be a very competitive series.

Game 2 was a completely different story, Anthony got into foul trouble and had just five points on 1 of 5 shooting (1 of 4 from beyond the arc) in 21 minutes and the Trail Blazers lost 128-109. Melo’s importance is evident; the Trail Blazers didn’t lose this game because of him, but they won’t win this series unless he provides consistent scoring off the bench.

The Nuggets are without their star point guard Jamal Murray because of a torn ACL in his left knee, and while they still have a pretty deep roster, they don’t have a pure scorer like Melo to back up their starters and Anthony has too many reps at Ball Arena.

Hey @nuggets, remember when you left @carmeloanthony off that graphic of the top 5 favorite Nuggets ever?

Is Melo an All-Time Great?

With another milestone, it’s getting harder to deny Carmelo Anthony. Whether he wins a ring or not, Melo has cemented his NBA legacy.
Anthony drained a monumental 3-point shot in the second quarter of the Blazers' May 3rd game against the Hawks. With it, he passed Elvin Hayes to move into 10th place on the NBA’s all-time scoring list.

It was just the latest achievement in his career resurgence. The 10-time All-Star has surpassed some of the NBA’s greatest names this season, including Tim Duncan, Dominique Wilkins, Oscar Robertson and Hakeem Olajuwon.

After stints with the Nuggets, Knicks (won a scoring title in 2013) and Thunder, the former No. 3 overall pick was out of the league for a year after parting ways with the Rockets 10 games into the 2018-19 season. Anthony confessed that it got so bad for him, that he was embarrassed to even be seen in public.

“I was embarrassed,” Melo explained in an interview with ESPN's Royce Young. “I didn’t even want to go to my son’s tournaments. I was that embarrassed. Because it’s like, you are who you are. You’ve been in this game 16 years playing at a high level and that’s just taken away from you. Nobody remembers that. It was an ego hit. I used to tell my son and wife, ‘y’all go to this tournament, I don’t think I can handle it.’ I was broken at that point.”

This season, Carmelo Anthony averaged 13.4 points and 3.1 rebounds in 24.5 minutes over 69 games. Melo shot 40.9 percent from 3-point range—the third time he’s ever eclipsed 40 percent from beyond the arc in his career and the first since the 2013-14 season. “I persevered, I stayed strong, I stayed true to myself, and now I’m here in the Top 10,” Anthony said.

Carmelo Anthony has 27,370 points in his career. That puts him just 40 points from passing Moses Malone for ninth all-time.