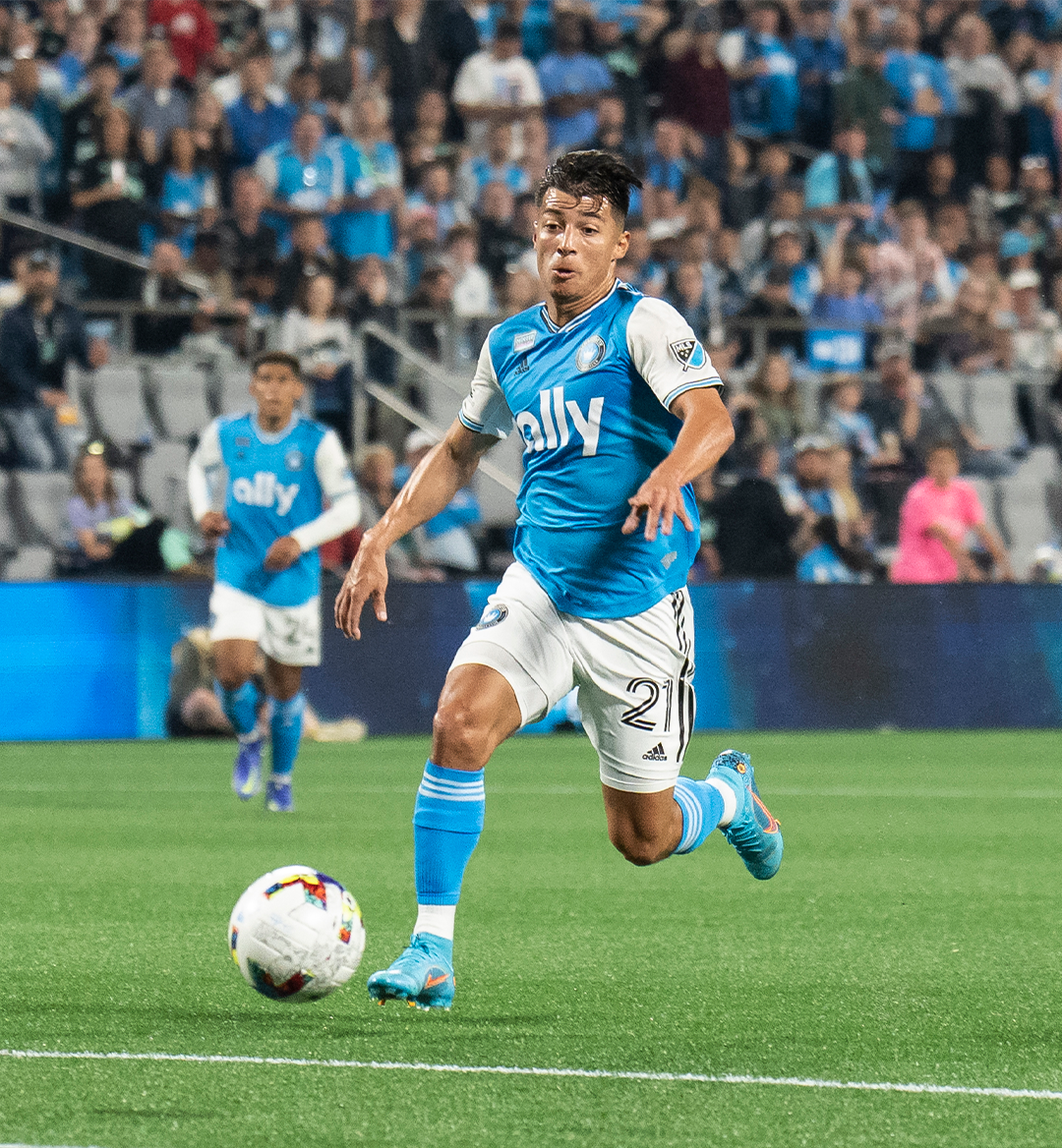 Football in Charlotte has officially arrived.

Before walking into Bank of America Stadium last Saturday, I had the opportunity to walk the streets of the community and take in sights and scenes before Charlotte FC's first-ever home MLS match.

Wandering through local bars and restaurants, as well as the tailgates that manned almost every local parking lot, it was evident that this expansion side had taken over the Queen City.

I stumbled upon a group of young players kicking the ball around outside the stadium and asked each of them who their favorite player was.

It's a new club. There aren't a ton of recognizable names, and yet, each kid named a different player.

That's when it sunk in. MLS has a super destination and Charlotte is going to play a big role in the league's growth for years to come.

The club's match against the LA Galaxy wasn't the Eastern Conference side's first in MLS but it certainly had the feel of a debut.

There were stars in the crowd from various sports, including Carolina Panthers receivers Steve Smith Jr. and DJ Moore. Former USMNT legend Clint Dempsey was in attendance with his family as well.

But the night wasn't just about the celebrities, it was the Charlotte supporters that arrived five, six, some seven or more hours prior to kickoff to show that they were ready to have a professional team in MLS.

They were vocal all night, and when the stadium sound system went out during the national anthem the supporters picked up the slack and delivered a resounding rendition.

The match itself was physical and daunting for both sides, and even though the Galaxy came out with the win, Charlotte certainly rallied around its crowd and fought until the final whistle.

This team and city might not be able to keep up with 74,000-plus fans every matchday, but one thing is for certain; football in Charlotte is here to stay.