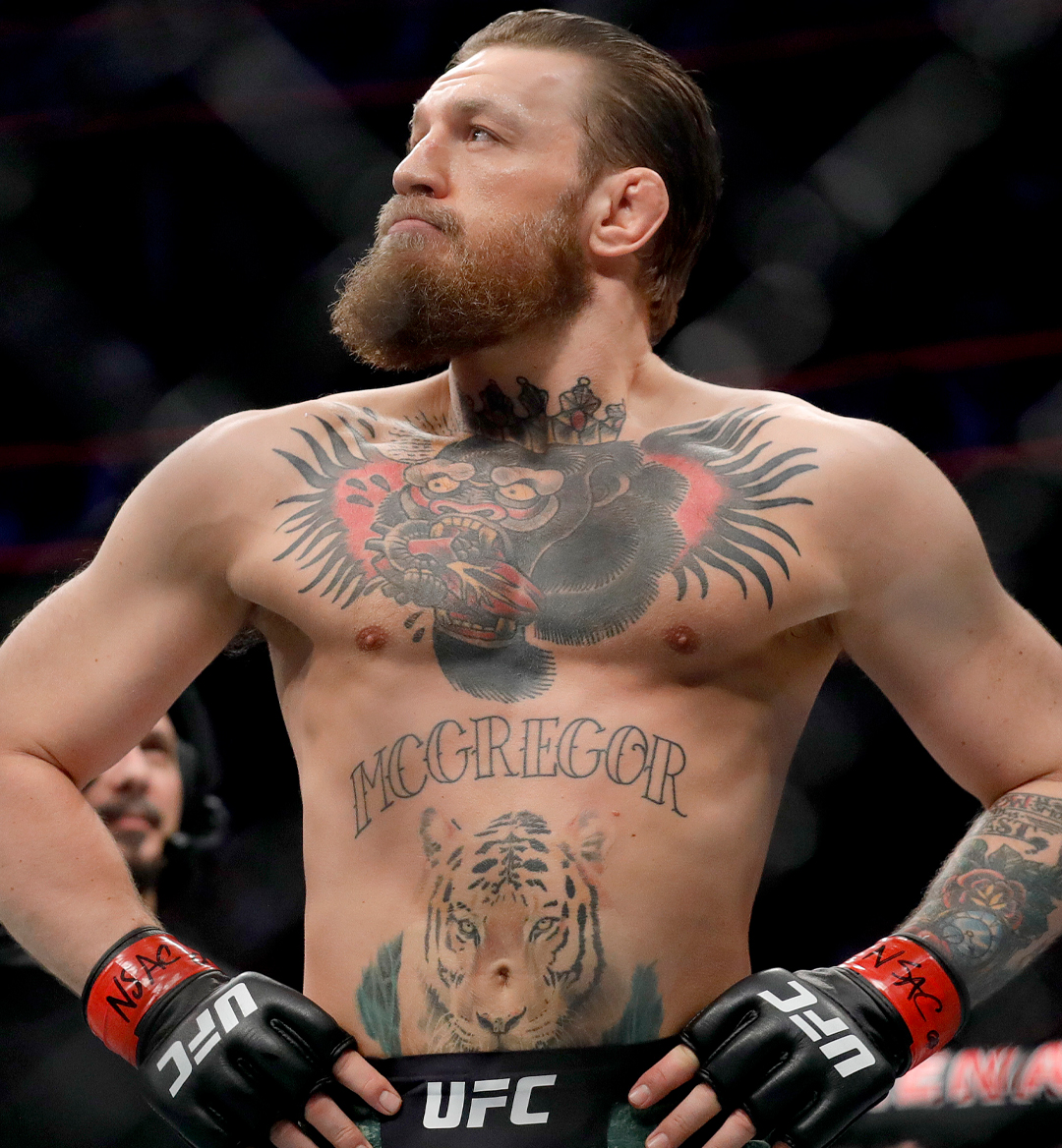 When Conor McGregor debuted in the UFC just over seven years ago, you’d have been forgiven for thinking that he was already a superstar. The crowd was electric for his walkout and erupted when he knocked out Marcus Brimage in 67 seconds. Immediately, he was on a rocket ship.

He ended up becoming not just some superstar, but one of the most famous people on the planet and the biggest MMA icon we’ve had to date. He did that not just with elite performances like knocking Featherweight king José Aldo in 13 seconds and making Eddie Alvarez look like an amateur to win the 155lb title, but with another kind of weapon – his fighting words.

While Conor McGregor publicly negotiates with the UFC for a fight with Dustin Poirier, we’ve compiled a list of some of his best quotes with some context for a few of them about why they hit so hard. Get some popcorn and enjoy.

2. “You can call me Mystic Mac because I predict these things.”

3. “It’s tradition. I remove a head, I bring it backstage, I place it on Mr. Fertitta and Mr. White’s desk, ‘here you go, boss, another one done’, and then we discuss big business.”

4. “I just want to take this chance to apologize… to absolutely nobody! The double champ does what the fuck he wants!”

7. “Surprise, surprise, motherfuckers. The king is back.”

11. “Another broke, jealous, bitter fighter. The game seems to be full of them.”

12. “Just last week I was collection the social welfare, you know what I mean? I was even saying to them ‘I don’t know what’s gonna happen, I’m signed to the UFC, I don’t know what… blah blah blah’ but now I suppose I’m just gonna tell them to fuck off.”

13. “I am cocky in prediction. I am confident in preparation. But I am always humble in victory or defeat.”

15. “When you sign to fight me, it’s a celebration. You ring back home, you ring your wife. ‘Baby, we done it. We’re rich, baby, Conor McGregor made us rich. Break out the red panties.”

19. “Me and Jesus are cool. I’m cool with all the Gods. Gods recognize Gods.”

21. “He makes gun signs with the right hand and animal balloons with the left hand.”

22. “There’s two things I really like to do and that’s whoop ass and look good. I’m doing one of them right now and on Saturday night, I’m doing the other.”