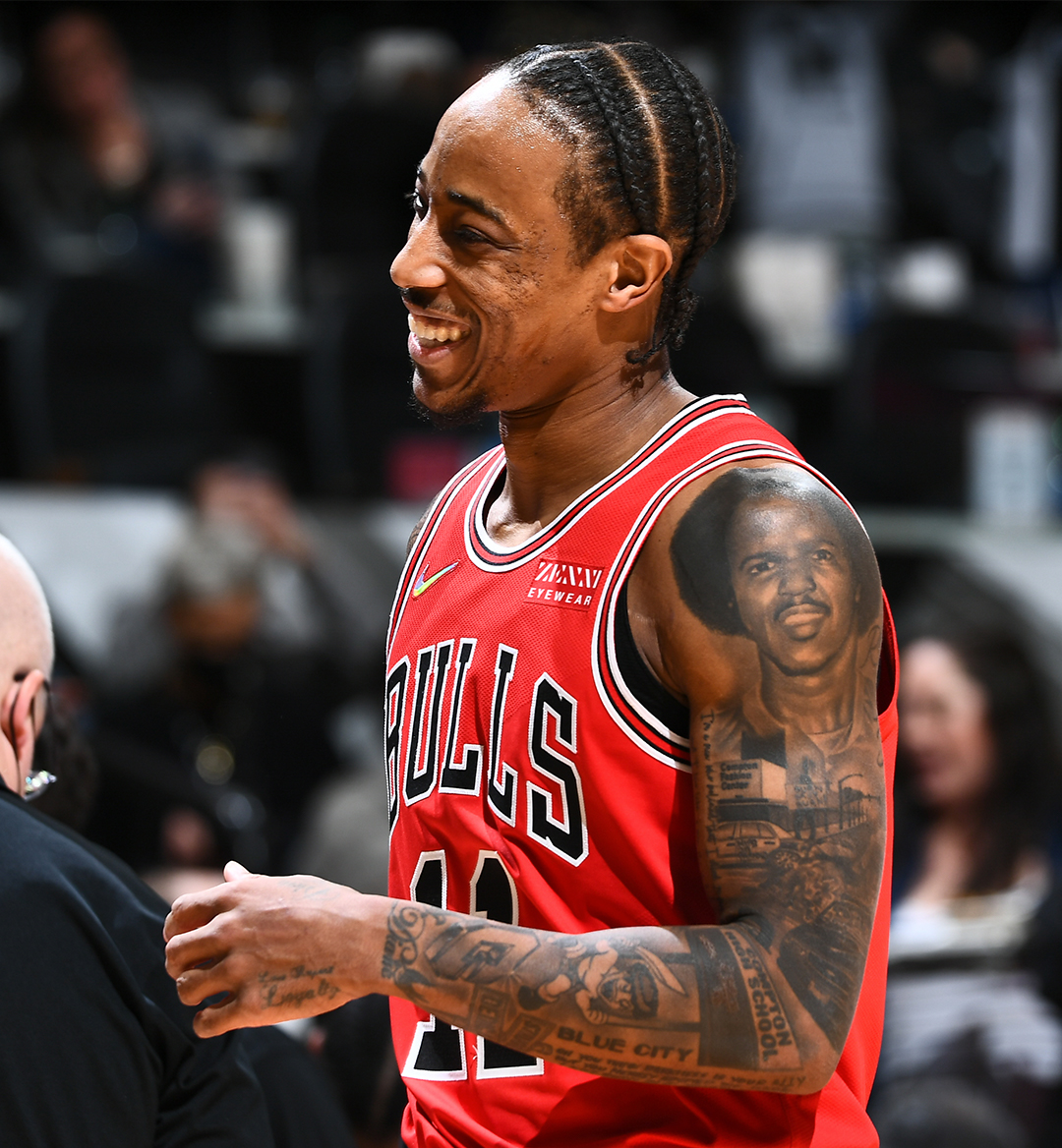 Stepping into the lead role for the Chicago Bulls can be a tall task for just about anyone in the league. Backed by one of the most passionate fan bases in the league and the history of the house MJ built, expectations are always high in the windy city. With the pressure of building a championship squad, newly minted front-office tandem AKME (Arturas Karnisovas and Marc Eversley) made a flurry of free-agent signings. The most significant of these signings was a three-year $81 million dollar deal for Demar DeRozan.

While many talking heads labeled this the worst free agent signing of the summer, DeRozan has already secured a starting spot in the all-star game (The Bulls first All-star starter since 2017) and has led the bulls to the second best record in the East. Before he was hitting buzzer-beaters in back-to-back nights, DeRozan had to endure more adversity than many will experience in a lifetime.

Born in California, DeRozan grew up in Compton, a neighborhood in Los Angeles notorious for its violence. It was the influence of his late father Frank who helped navigate him away from the streets and into the gym. After an exceptional year at USC, DeRozan was taken as the ninth overall pick in 2009. Even though his hoop dreams of making the league were a reality, there was still plenty of adversity that stood in DeRozan’s way.

The Toronto Raptors would be the team to draft Demar DeRozan, which proved to be an overwhelming situation for the young guard. Playing his college days at USC, a school just down the road from his hometown, DeRozan never had to worry about being far from home. Upon being drafted, DeRozan found himself farther from home than he’s ever known as Toronto is  a little more than a hop, skip, and a jump from Compton. 2,517 miles away to be exact. The 2009 Raptors roster was littered with vets as well and no one for Demar to really connect with as a 20 year old kid. That would change in 2012 when the Raptors signed Kyle Lowry from Houston and paired one of the greatest bromances the league had ever seen.

The Raptors found great success with the tandem of Lowry and DeRozan in the backcourt, even reaching the Eastern Conference Finals in 2015. Any Raptors playoff success would be swiftly derailed by the Cleveland Cavaliers. The Cavs’ were so dominant in Toronto during this era that Lebron James donned the nickname ‘Lebronto’. The Raptors, knowing their window was closing, had to make a move. Meanwhile in San Antonio, Kawhi Leonard was refusing to play because of conflicts with the front office. In the summer of 2018 we got one of the biggest Woj nukes ever as it was announced that Kawhi was on the move:

The Raptors found instant success. Kawhi Leonard led them to their first championship in franchise history in one of the greatest playoff runs of all time. Demar, on the other hand, was nearly forgotten. The Spurs struggled to consistently put up wins despite DeRozan putting up numbers that paralleled his days in Toronto. Unlike his peers, DeRozan never complained, never asked for a trade, he simply just went out and did his job. In the start of 2021, DeRozan would have to face the largest hurdle of his career.

With his father’s health deteriorating, DeRozan would routinely fly straight from the hospital on game days, trying to get as much time in with his dad as he could. Unfortunately in early 2021, Frank DeRozan would pass after three years in the hospital. Demar would finish his contract out with the Spurs and find his new home in Chicago.

Calling DeRozan and the Bulls a good match is an understatement. DeRozan is a key reason why the Bulls are #2 in the East right now. Currently sitting at fifth in points per game putting up 26.4, DeRozan has more than earned his spot as an all-star starter.

The next time you watch Demar DeRozan play, you’ll probably notice two huge portraits of tattoos on his shoulders. On one side, he has an image of Heath Ledger in the iconic Joker makeup, representing his long battle with mental health issues. On his other arm is a portrait of his late father Frank DeRozan. A symbol of how his father will always be right by his side. DeRozan has clearly found a home in Chicago and I for one can’t wait to see what he can accomplish in the playoffs this year. Without a doubt, the whole city is behind you Demar.