Who Are the Fastest NBA Players? 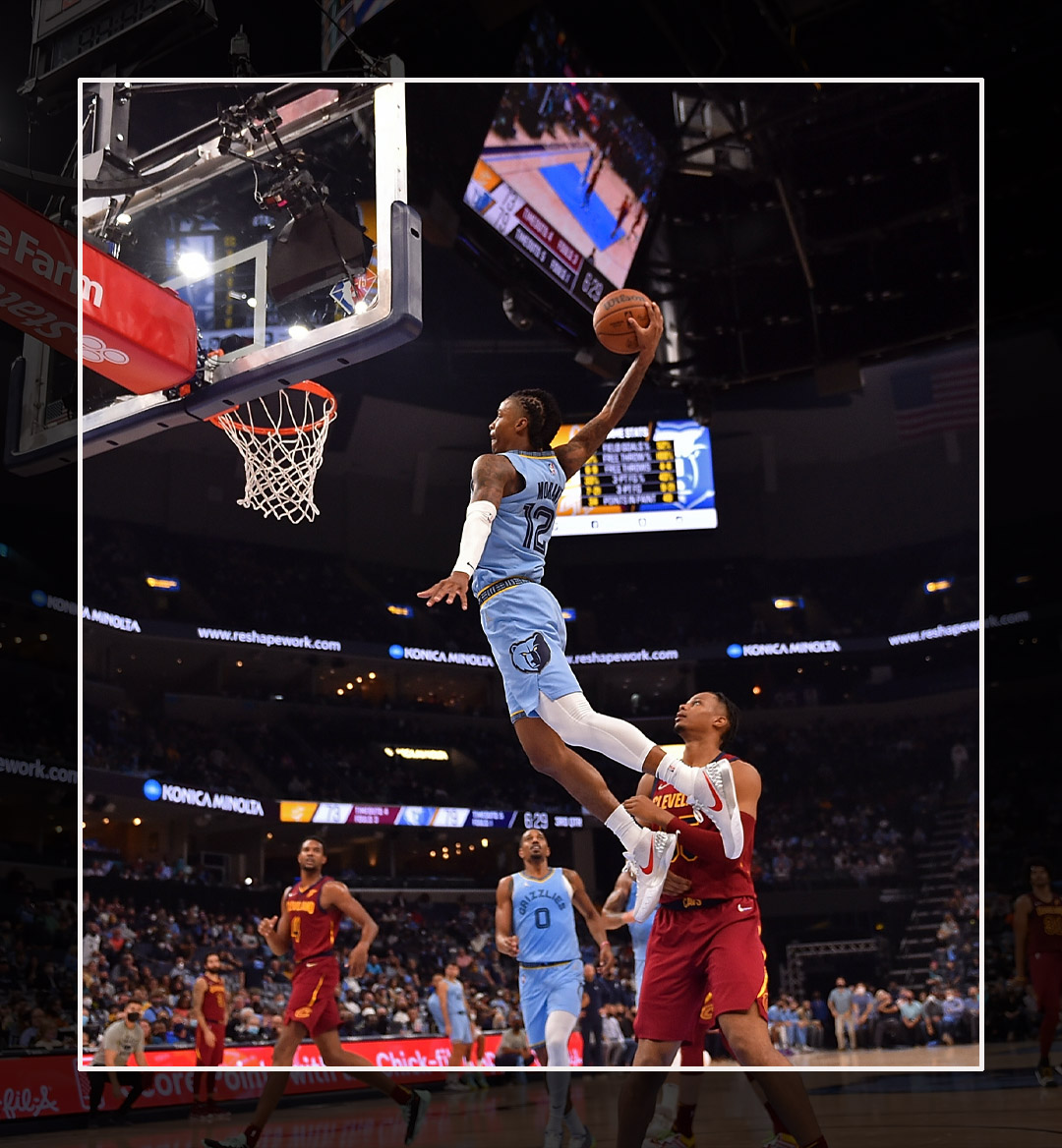 Speed kills. And these are the killers. While NBA players are already some of the most astoundingly athletic people in the world, there’s a subsect of players who stand out for their athleticism. Even amongst the remarkables, they’re remarkable. As such, these are the 11 fastest NBA players. 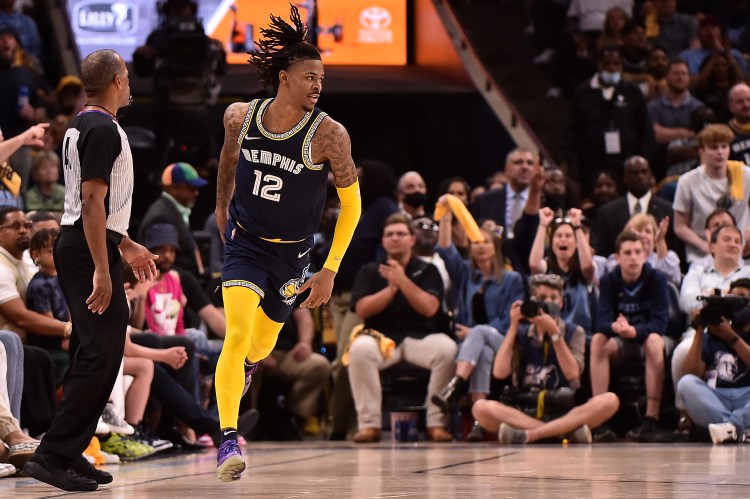 Ja Morant’s highlights are spell-binding; there’s no other player in the NBA who does mind-bending shit as regularly as Morant. Whereas most players slow down when they have the ball, Morant has the unique ability to dribble at a dead sprint. Last season, he averaged 6.4 points in transition per game, the third-most in the NBA and the most by any guard. Nobody can stay in front of him, even in the halfcourt; his 16.6 points per game in the paint are the most of any guard in recent history. In other words, he’s fast. 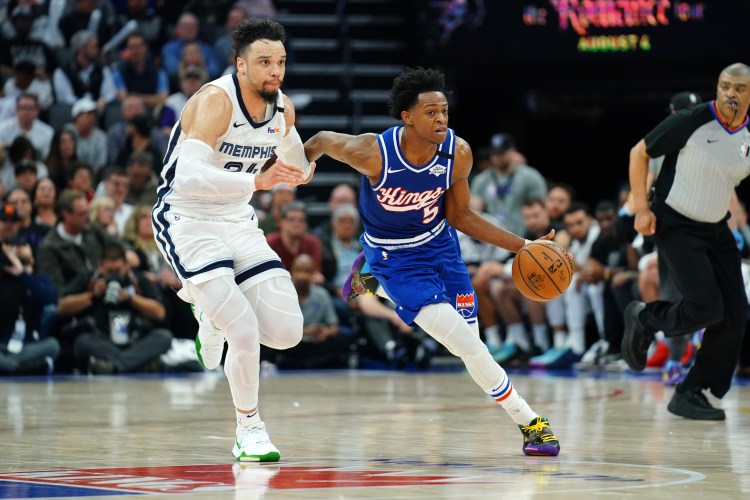 They call him Swipa. Nicknamed after Dora The Explorer’s archnemesis, Fox wears the moniker well. Even if he isn’t quite the ball-swiping defensive menace that he was in college, Fox still possesses a vulpine quickness. With the ball in his hands, he can reach a gear that no other player in the league can match. In fact, it’s this world-historical speediness that makes him a special player. Fox is a meh shooter, apathetic defender and unremarkable passer, but he’s so dangerously fast that it smoothes away any individual deficiency. For what it’s worth, his 97 speed rating in NBA 2K23 is the fastest in the game. 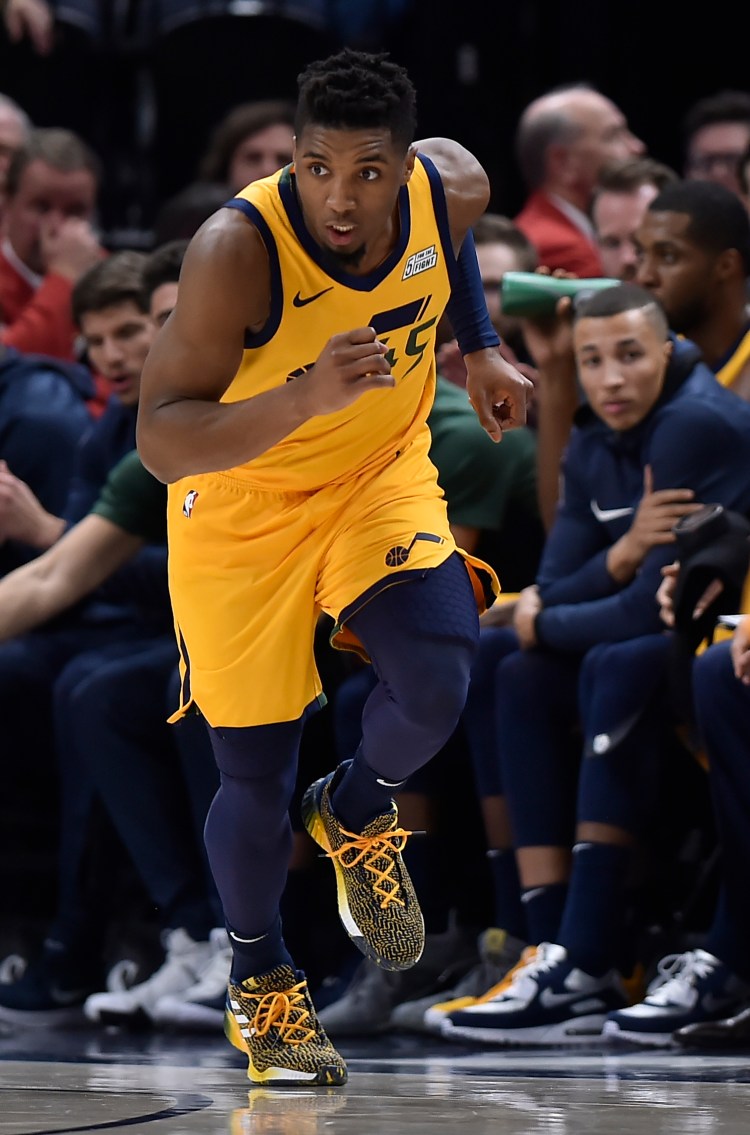 At the 2017 NBA Draft Combine, Donovan Mitchell ripped off a 3.01 second three-quarter court sprint, which at the time was the fastest time at the Combine since 2008. Over the next five years, Mitchell has seamlessly translated that speed to the NBA, demonstrating that same quickness with every blow-by and skittering pull-up jumper. 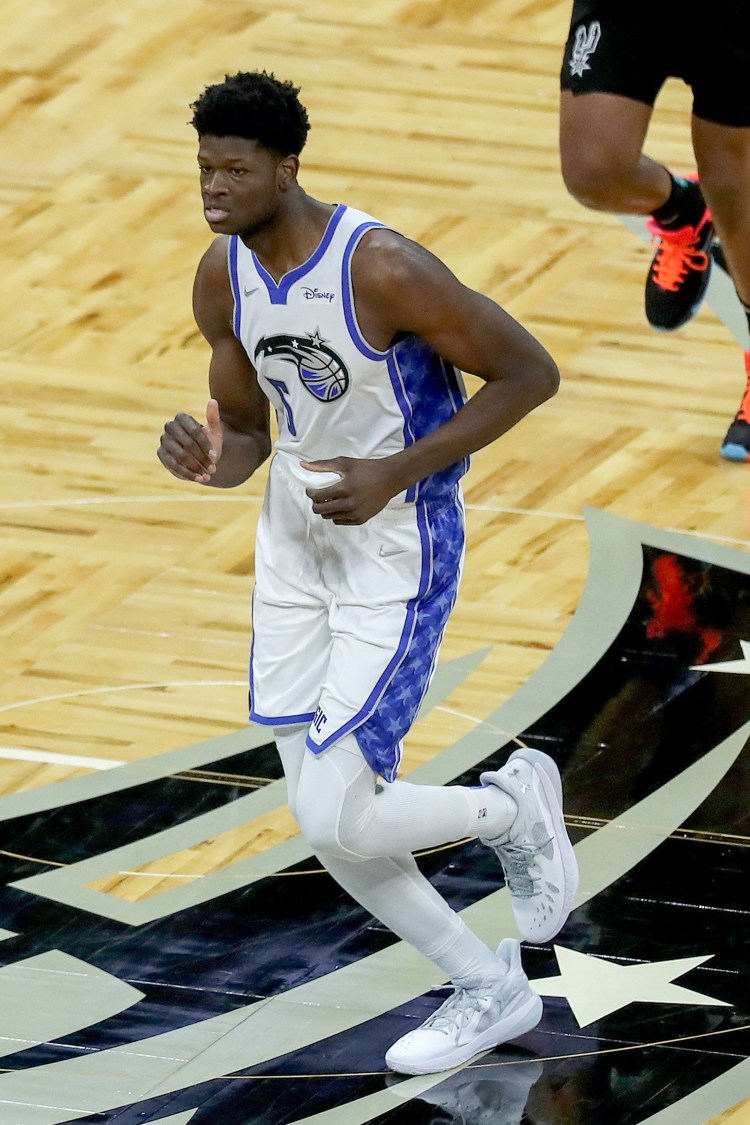 In the time it would take Sheck Wes to yell/sing/rap “I got hoes,” Mo Bamba could run three-quarters of a regulation NBA court. Although Bamba didn’t participate in athletic testing at the 2018 NBA Combine, he reportedly clocked a 3.04 second three-quarter-court sprint during a private pre-draft workout with the Chicago Bulls. This isn’t just fast for a center—it’s enough to make Bamba one of the fastest NBA players . For context, the 7’1 Bamba ran a better time than those of Russell Westbrook (3.08 seconds), Dwayne Wade (3.12 seconds) and John Wall (3.14). Even by NBA standards, Bamba is a freak—he’s taller and longer than just about any big man (his 115.5 inch standing reach is the second-tallest in NBA Combine history and his 7’10 wingspan is the longest) and faster than just about any guard. 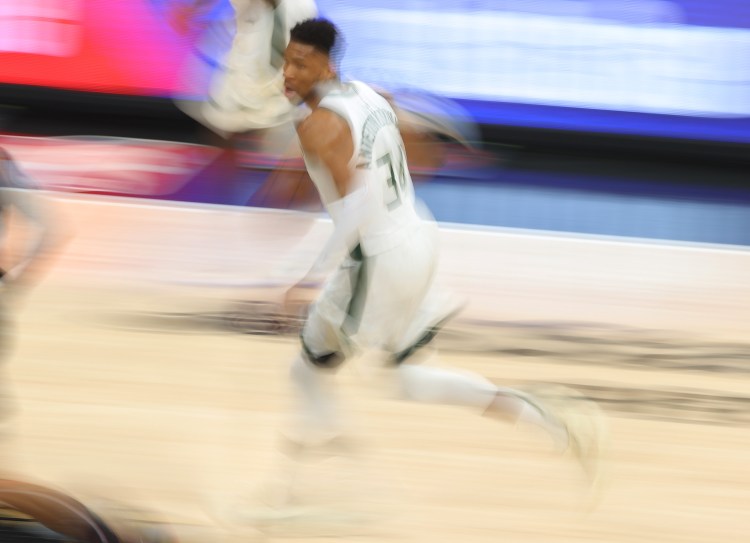 In just about any athletic measure, Giannis Antetokounmpo is bound to rank towards the top. He’s among the strongest players in the league (and just look at him ragdoll defenders for evidence) and highest-jumping and, yes, fastest. He devours the court with massive strides—when he’s on the break, there’s the sense that the floor is almost contracting beneath him until he’s suddenly at the rim. Predictably, he’s a monster in the open floor, leading the league in transition points for the last four seasons. 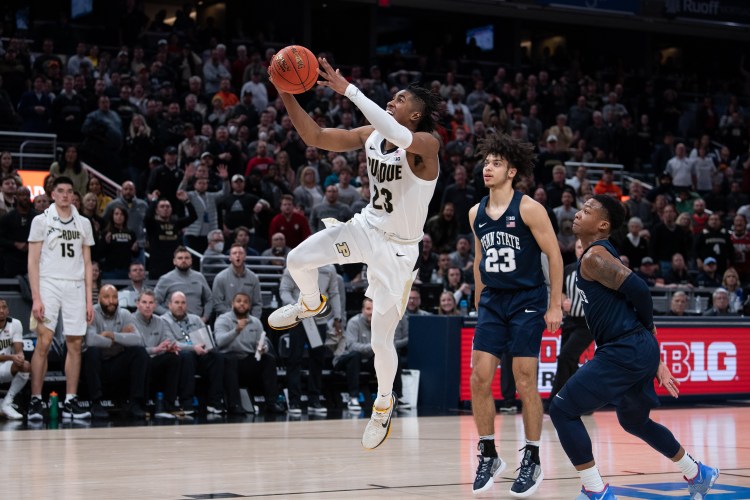 From the moment that Jaden Ivey plays his first official NBA game, he’ll be one of the most athletic players in the league. At Purdue, Ivey operated at a fundamentally different speed and frequency than the rest of the Big Ten. If Big Ten basketball is fairly staid and slow, Ivey was like a Formula 1 car dropped into the Kentucky Derby. In his first NBA training camp, Ivey already has his teammates buzzing—Corey Joseph called him “a bullet out there on the court” and Isaiah Stewart labeled him a “freakish athlete.” 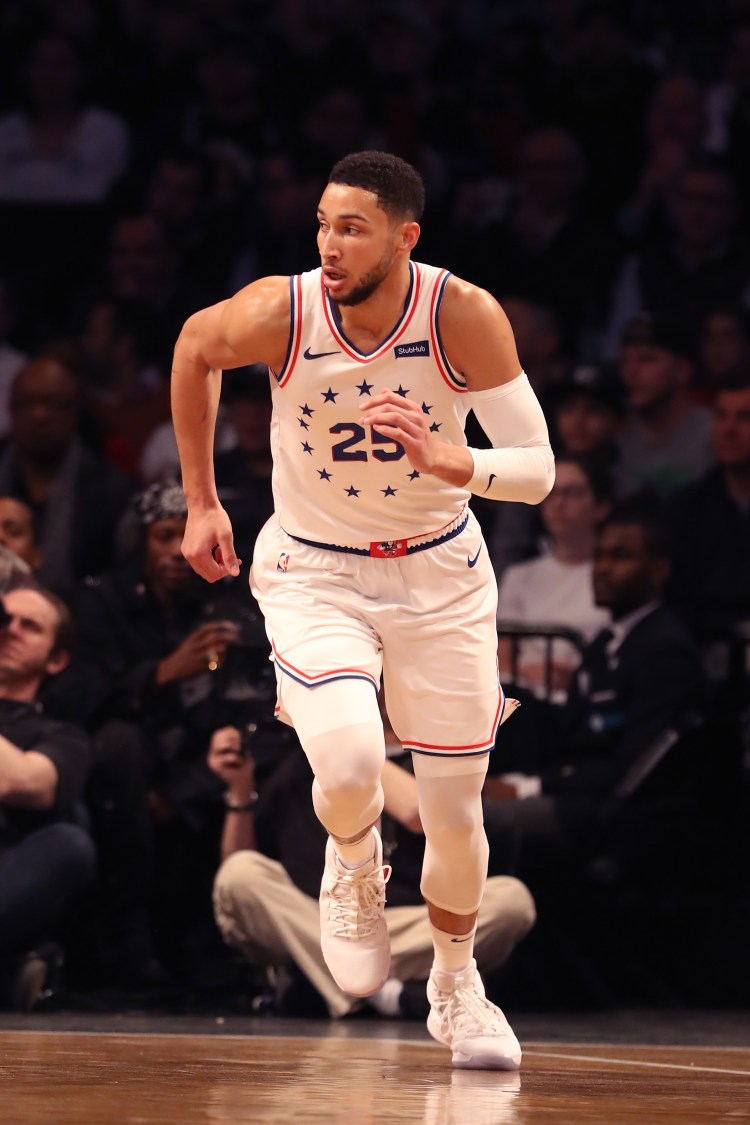 It’s easy to forget how good Ben Simmons is at basketball. Having sat out the last year with a combination of back injuries and melancholy, Simmons is now the NBA’s least respected superstar. Like Lebron James or Giannis Antetokounmpo, Simmons is a mega-athletic point forward, capable of reaching speeds that approach 20 miles per hour; according to Second Spectrum, Simmons’ max speed is 19.7 miles per hour. 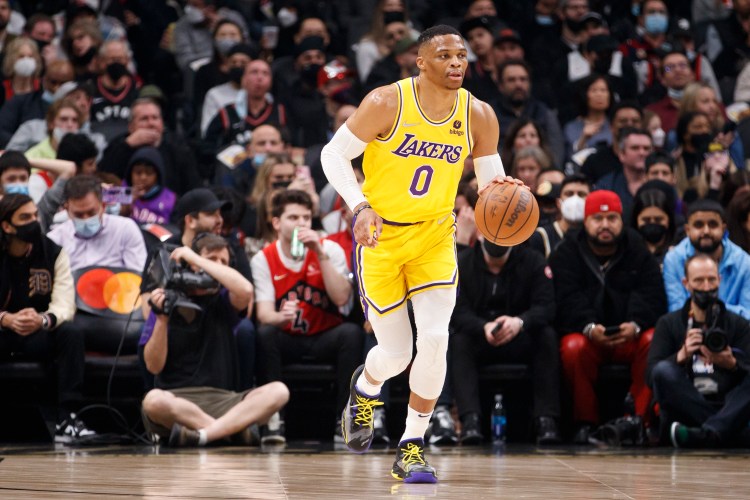 When Russell Westbrook was in his prime, he might’ve been the best athlete to every play point guard. The power, the acceleration, the speed, the vertical leap: he was irrepressible, able to break through or blow by any defensive coverage. Even now as Westbrook is firmly in the leaner years of his basketball career, he’s still one of the fastest NBA players. 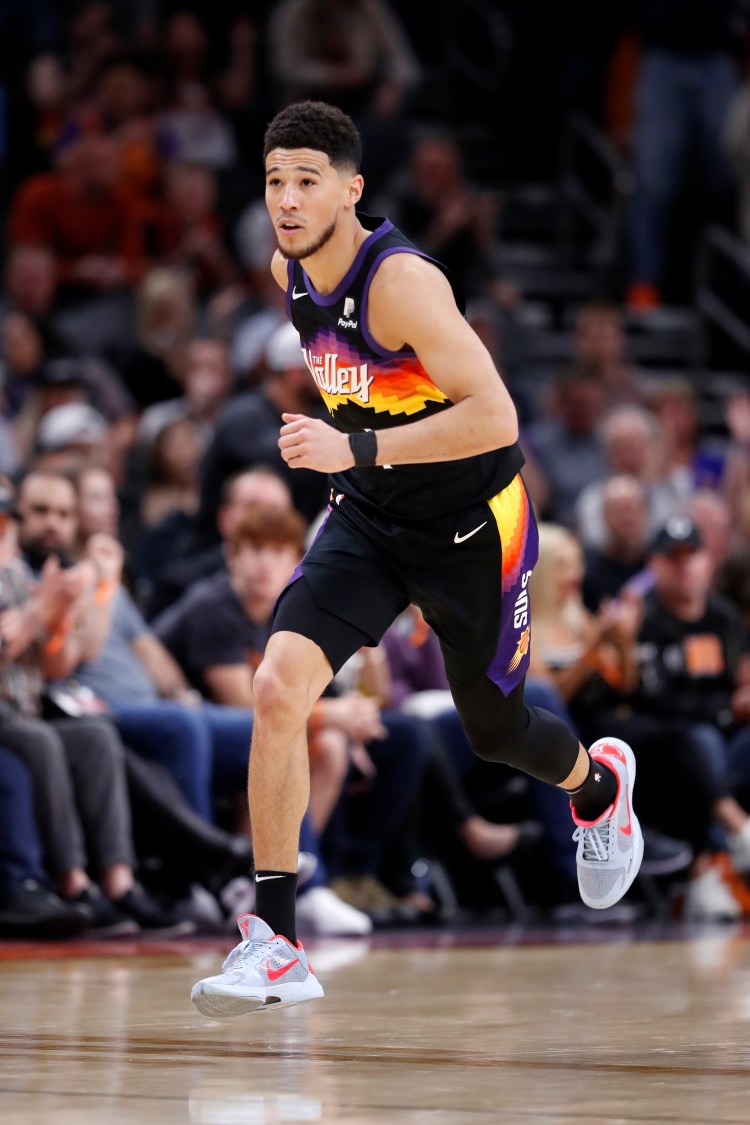 Although Devin Booker is more known for his craft and tact, he’s sneakily one of the fastest NBA players. At the NBA Draft Combine in 2014, Booker ran the three-quarter sprint in 3.28 seconds and completed the lane agility drill (basically running and sliding around the perimeter of the paint) in a blazing 10.27 seconds; his combined time of 13.55 seconds across the two drills is the fastest of any active NBA player. On the court, this nearly best-in-class speediness manifests itself in the 6.3 points in transition that Booker averaged last year, the fourth most in the NBA. In this sense, the beauty of Booker’s game is that he’s so skilled that you hardly notice how fast he is. 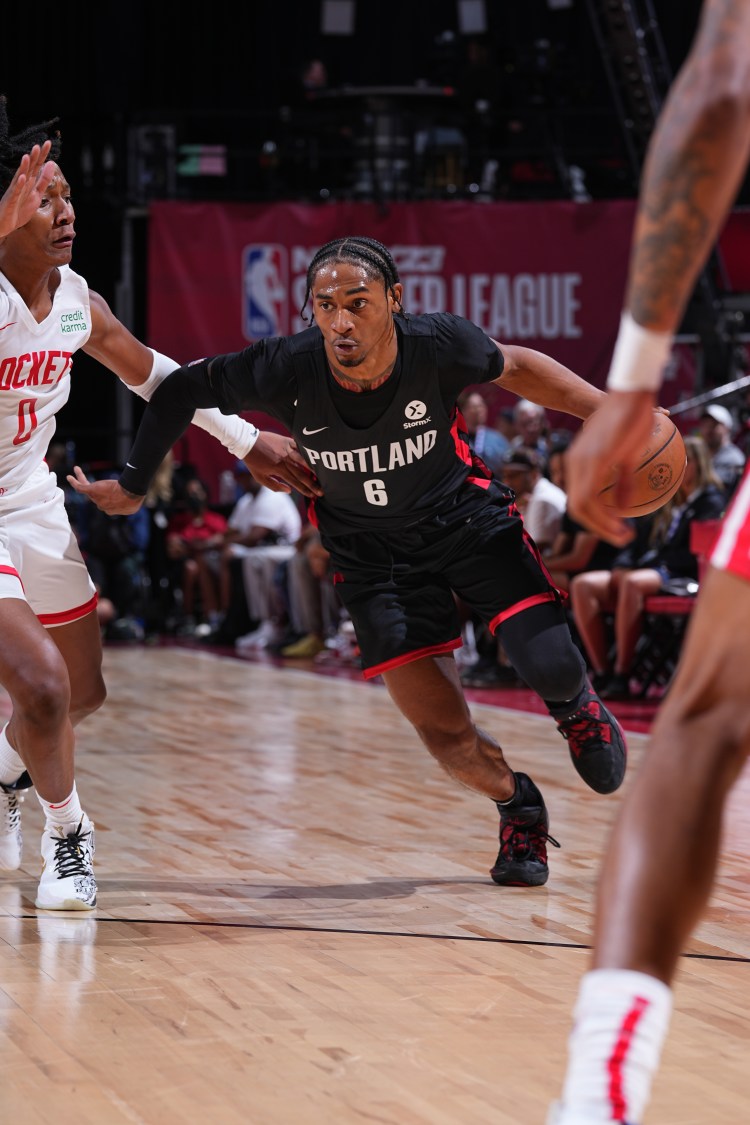 At this point in his career, Keon Johnson is more of a physical force than a basketball player. In his rookie year, Johnson struggled, scoring just 7.2 points per game on putrid 35.3 percent shooting from the field. Nevertheless, he’s as athletic as nearly any person on earth. At the 2021 NBA Draft Combine, Johnson was the clear standout. Accordingly, his 3.00 second three-quarter court sprint was the second fastest in his draft class and his 48 inch max vertical jump is the highest in the draft combine’s history. 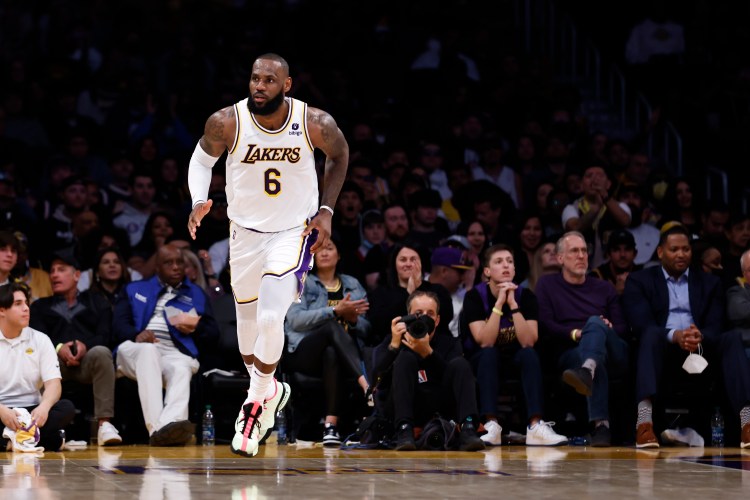 Despite being 37 years old, Lebron James can still fly. In a game against the Memphis last season, James reached a top speed in excess of 17 miles per hour on a fastbreak, which rivals the top speed of top NFL running backs. Most impressive, he did so while dribbling.