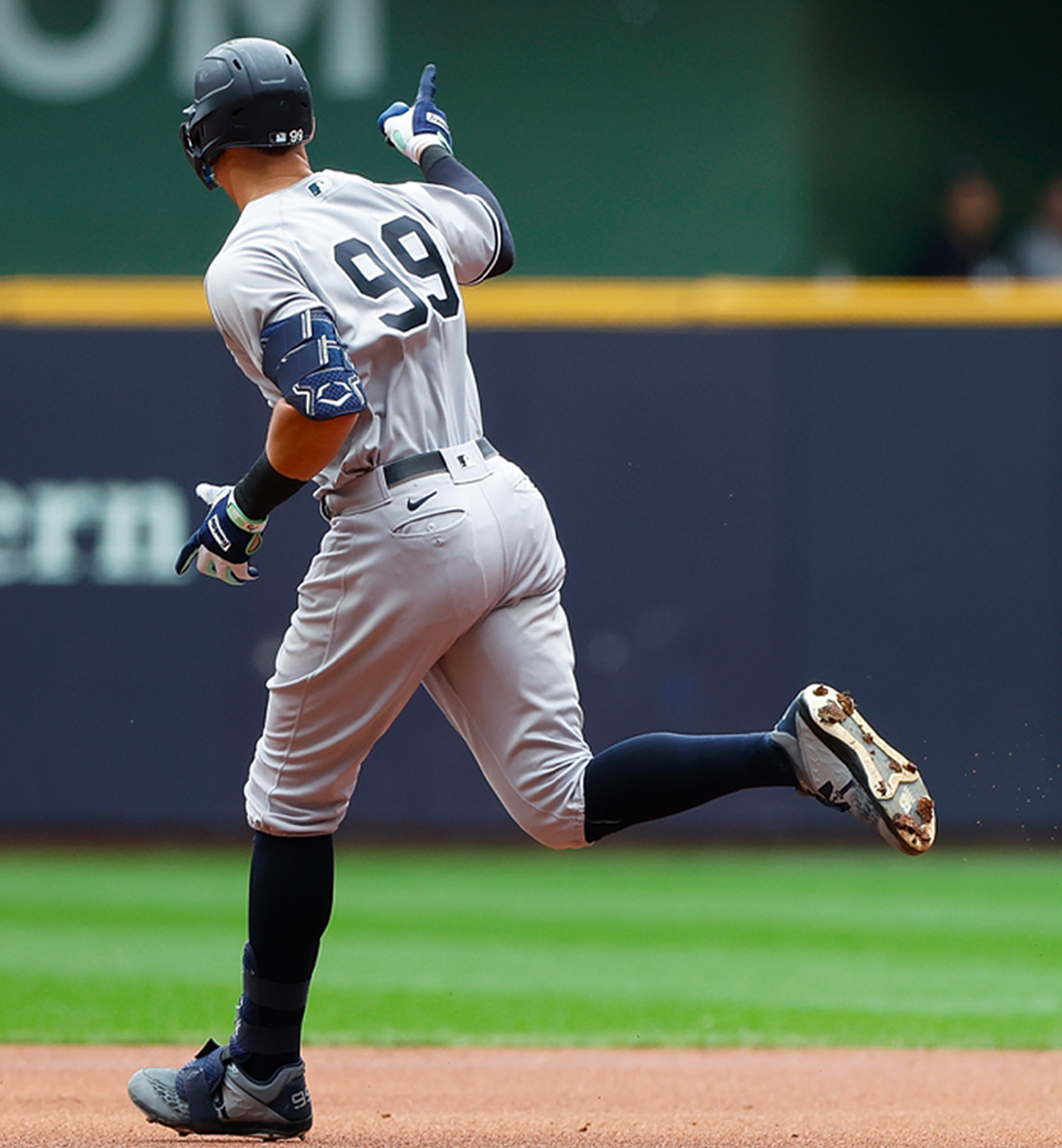 In terms of pure baseballing talent, Shohei Ohtani is probably among the half dozen greatest players who have ever lived. After unanimously winning MVP last season, Ohtani has been even better in 2022. He’s simultaneously a top-ten hitter and top-ten pitcher in MLB; his .891 OPS is better than all-world sluggers like Juan Soto, Rafael Devers and Jose Ramirez and he strikes out more batters per nine innings (11.9) than any other starting pitcher. Every single time he steps on the baseball field, Ohtani authors some new marvel. And yet he’s still not the MVP. Because the Aaron Judge MVP campaign is unstoppable.

Yesterday, Judge socked his 58th and 59th dingers, bringing within two of the American League home run record. Over the last five months, Judge has mashed without interruption, putting together arguably the greatest non-steroidal season of any living slugger. His 210 wRC+ (a catchall offensive metric that measures a player’s performance relative to the rest of the league) is the best mark of any hitter not named Barry Bonds; his .701 slugging percentage is the highest the American League has seen in 26 years; he’s hit 59 home runs—I repeat: FIFTY NINE HOME RUNS—and still has three weeks to add to his total.

Facing Judge, opposing pitchers have no recourse; his dominance is versatile and all-consuming. Against fastballs and sliders, he’s MLB’s best hitter; against sinkers, he’s slacking, only ranking third. His heat map looks like a doppler radar during an Arizona summer. He’s hit at least two homers against 19 teams; for context, the Detroit Tigers as a team have done so against 16.

At this point, pitchers—the smart and cowardly ones, at least—have decided to essentially no longer pitch to Judge. With each passing month, Judge has progressively drawn more walks. Already in September, opponents have intentionally walked him six times in just 14 games. The only way to stop Judge from clobbering another home run is either to hurl the ball into outer space or to bury it in front of the mound like a dogbone. A season this great deserves recognition. The next step is simple: give Aaron Judge MVP.