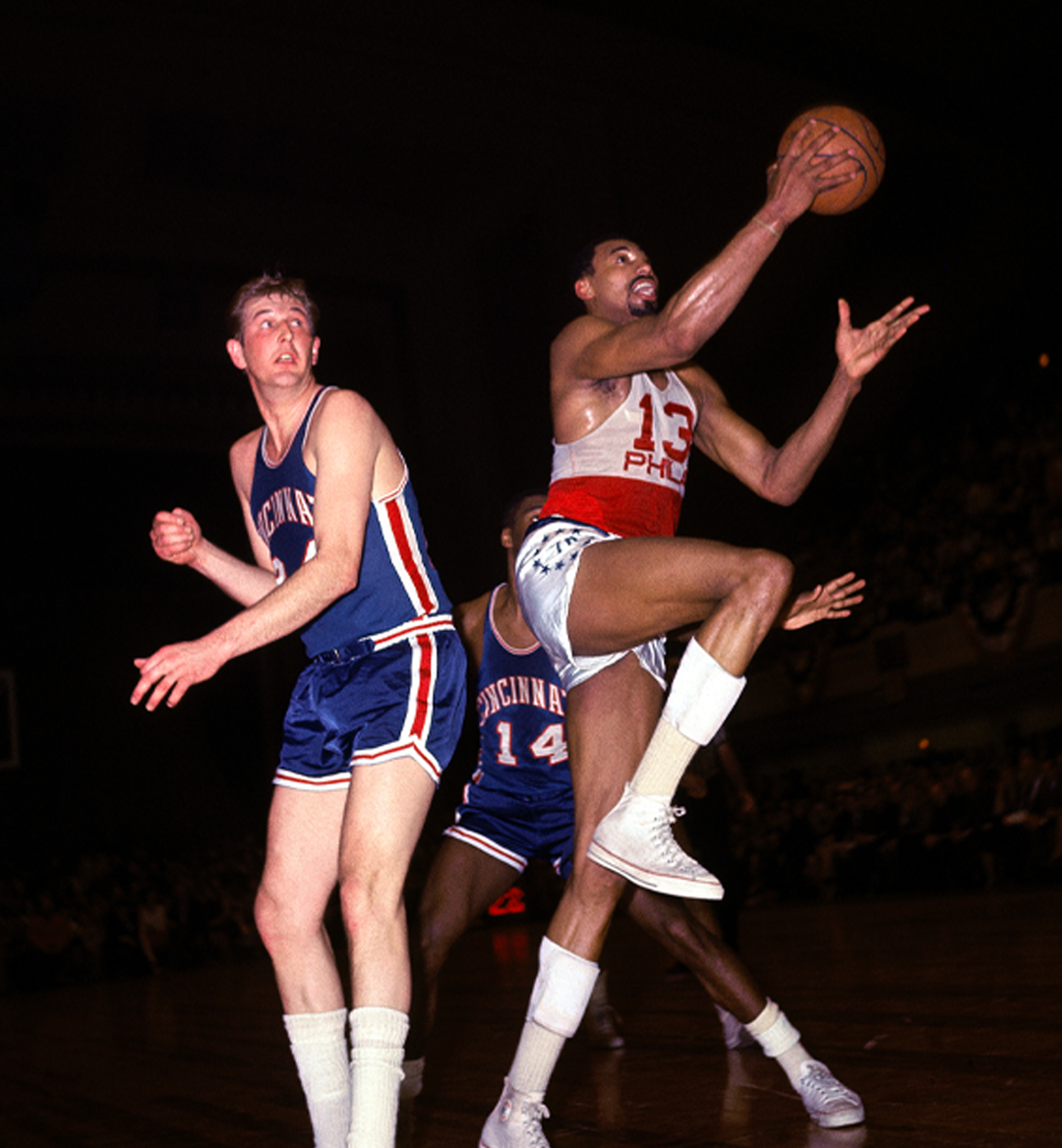 As the great Mark Jackson says "It's a make or miss league" and it seems as though today players can't miss. As defensive players are punished significantly now for playing any ounce of physical defense, league scoring has steadily increased. Since 2013-2014 league average for scoring eclipsed 100 points and hasn't dipped since.

With the average league scoring increasing each season, you'd expect the single-game record for most points to be recent, but the opposite proves to be true. Of the top five highest scoring games ever, four take place before 1991. Here is the list of the ten highest scoring NBA games ever.

The second highest scoring game in NBA history saw the San Antonio Spurs defeat the Milwaukee Bucks with over 330 points being scored. George 'iceman' Gervin led the game in scoring, putting in 50 points himself. The Spurs were able to put up 171 points while only attempting one three pointer all game... just shows you how different the league is today.

When the Chicago Bulls and Atlanta Hawks faced off in Trae Youngs rookie year, it was pure fireworks. Deep three after deep three from both sides were being knocked down like it was easy work. Zach Lavine led the Chicago Bulls, putting in 47 points, 9 rebounds, and 9 assists. Trae Young put on a show himself, dropping 49 points and 16 assists.

When Don Nelson took over as the head-coach of the Golden State Warriors no one really knew what to expect. The free-thinking coach wanted to run a point-forward offense, where a bigger player would take up the ball. Coaching the Nuggest was Paul Westhead, who had just run a championship with the Lakers using a run-and-gun offense. What ensued was the fourth highest scoring game in NBA history.

There was just something about that 1980's Denver Nuggets offense that worked, and that's why they're in the top five of this list twice. In a 1984 matchup with the Spurs, Kiki Vandeweghe put in 50 points en route to a eight point win. 318 total points would be scored between each teams, making this the fifth highest scoring NBA game ever.

On a December night in 2006, the Suns and Nets combined for the sixth highest scoring game in NBA history. What's most shocking about this entry on the list is that the early 2000's was primarily known for it's low scoring. This game ended up being a double overtime thriller that saw the Suns barely edge the Nets.

Our second recent entry on this list comes in a 2019 game against the Houston Rockets and Washington Wizards. 2019 saw James Harden go on a nuclear run, dropping 30+ games like it was nothing almost every night. Bradley Beal would put in 46 points but it wouldn't be good enough for James Harden and his 59 point performance.

If you thought the NBA wasn't jam packed with action in the 1960's oh boy would you be wrong. This 1962 game between the then Philadelphia Warriors and New York Knicks ended up becoming the eight highest scoring game in NBA history. This game remains one of the most important in NBA history, as it was the time that Wilt Chamberlain scored 100 points himself. This is a feat that will most likely never be done again.

Oscar Robertson and Russell Westbrook are without a doubt the kings of triple-doubles, being the only two players to average the feat across the season. In a March 1970 game against the Rockets, Robertson put up a 30 point triple-double to help lead his team to a win in the ninth highest scoring NBA game ever.

The 1990 Suns were a special team. On the precipice of adding a legendary Charles Barkley in a few years, the Suns had all the key rotational players to build around. In this 20 point beatdown of the Nuggets, over five players on the Suns scored over 20 points. Cedric Ceballos led scoring for the Suns with a 32 point performance off the bench.