How Many Rings Does Kareem Abdul-Jabbar Have? 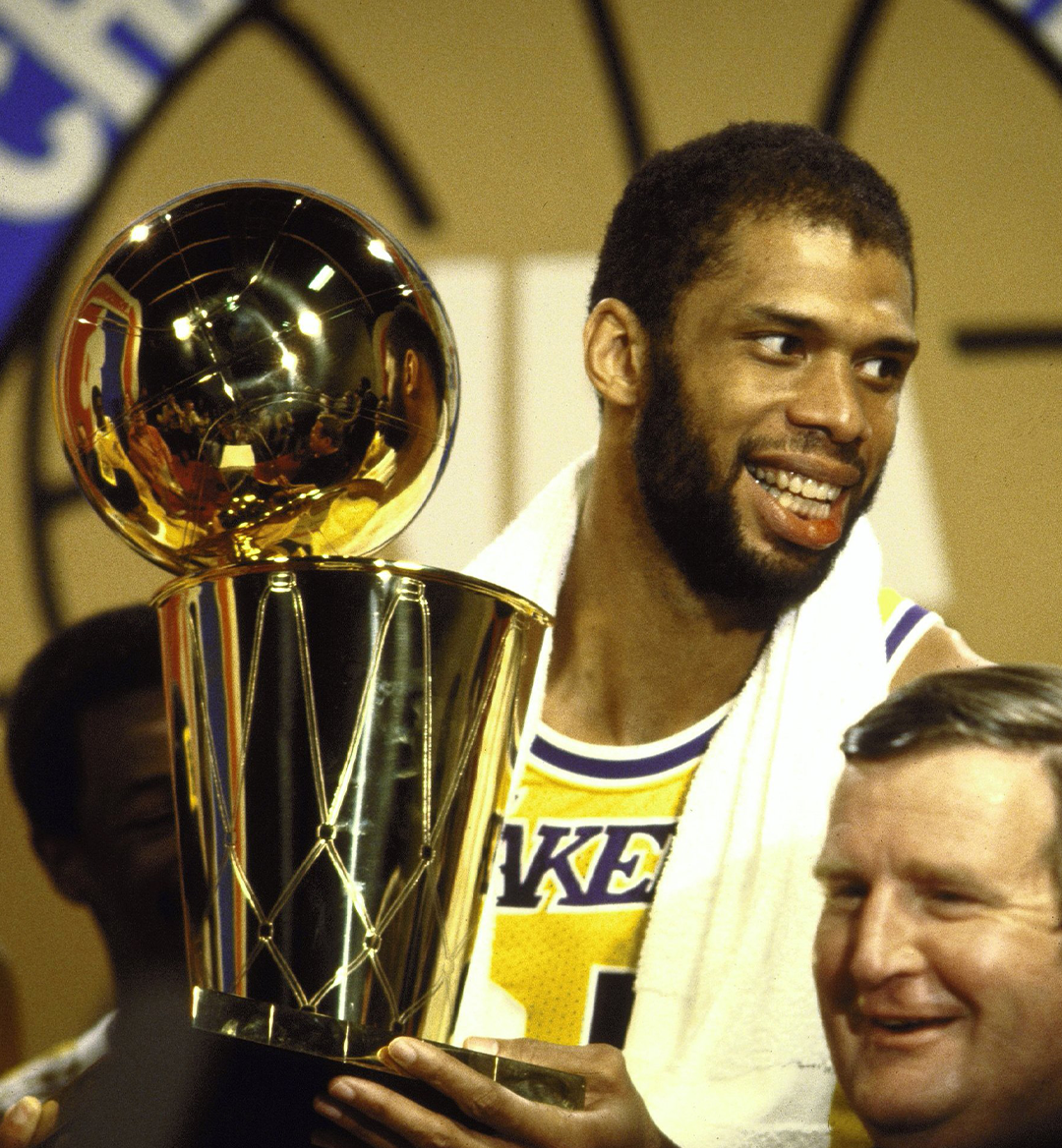 When debating who the unanimous ‘GOAT’ of basketball is, the same two names are thrown around. Before the days of the Jordan vs LeBron debate there was one player who was unanimously selected as the best basketball player of all time; Kareem Abdul-Jabbar. Off the court, Kareem broke down long standing barriers between athletes and social justice movements. On the court he broke down the best centers the league had to offer. Winning 6 league MVP’s, 19 all-star selections, 15 time all-NBA first team, 11 time all-defense, the list of accolades is never ending. What may be most impressive are the six championship rings that Kareem won in his 20 seasons played. Here are the six NBA finals matchups Kareem Abdul-Jabbar won and how Kareem performed in each one! 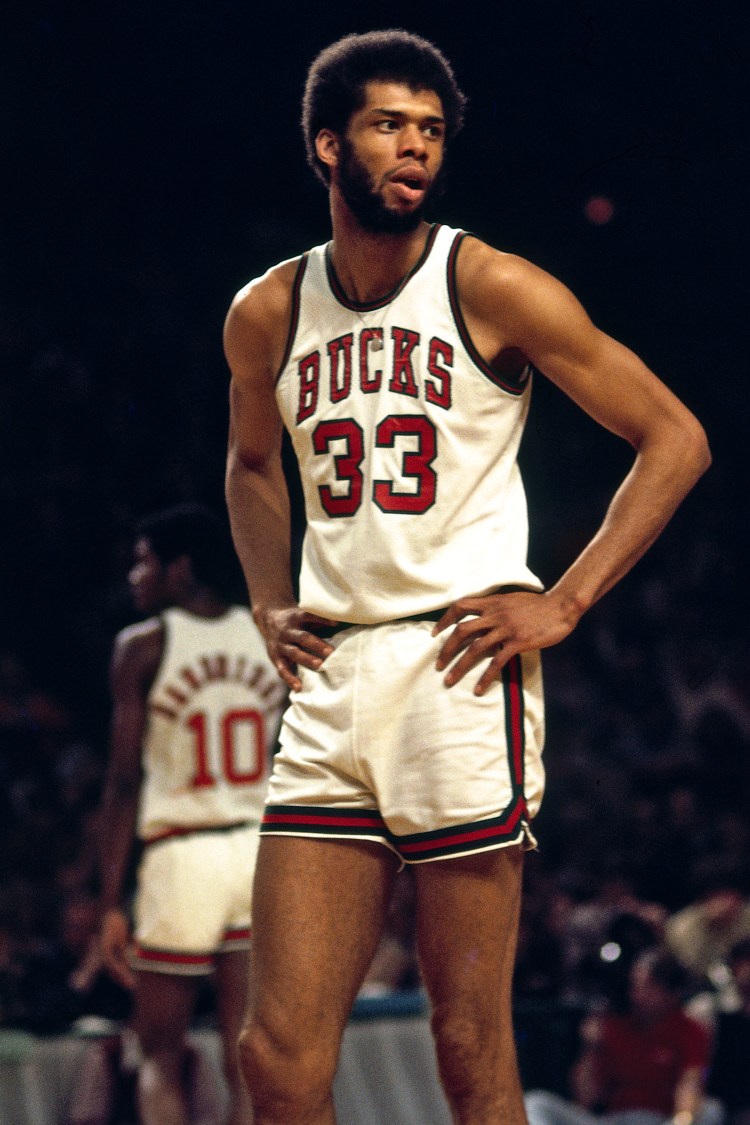 In the first of Abdul-Jabbar’s many rings, he squared off against Wes Unseld and the Baltimore Bullets. Abdul-Jabbar was coming off his first regular season MVP after averaging 31 points, 16 rebounds, and 3 assists during the regular season. The Bucks were able to finish off the Bullets in a four-game sweep to claim the franchises first ever NBA championship. Abdul-Jabbar was already one of the winningest players in collegiate basketball history, so this championship showed the world he could win at any level. Notably, Kareem took home the Finals MVP trophy for his outstanding performance in the series. 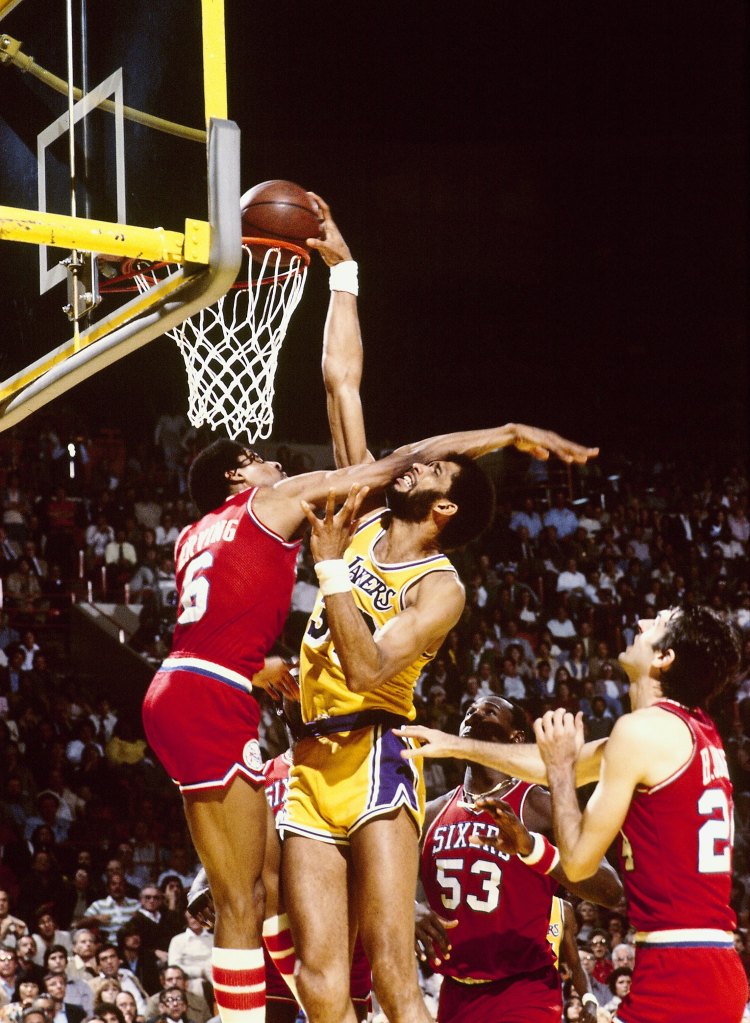 The first of Kareem’s five titles in Los Angeles would come at the end of the 1980 season. This season was highlighted by the turmoil the Lakers organization dealt with throughout the year. First the team was changing ownership, so a slew of changes were made to the front office. The Lakers went through nearly 4 head coaches from pre-season to the end of the season. Despite all that, the Lakers won 60 games and found themselves in the NBA finals. Kareem was sidelined for game 6 which Magic Johnson played all five positions during. Magic would take home the Finals MVP, and showtime would be kickstarted. 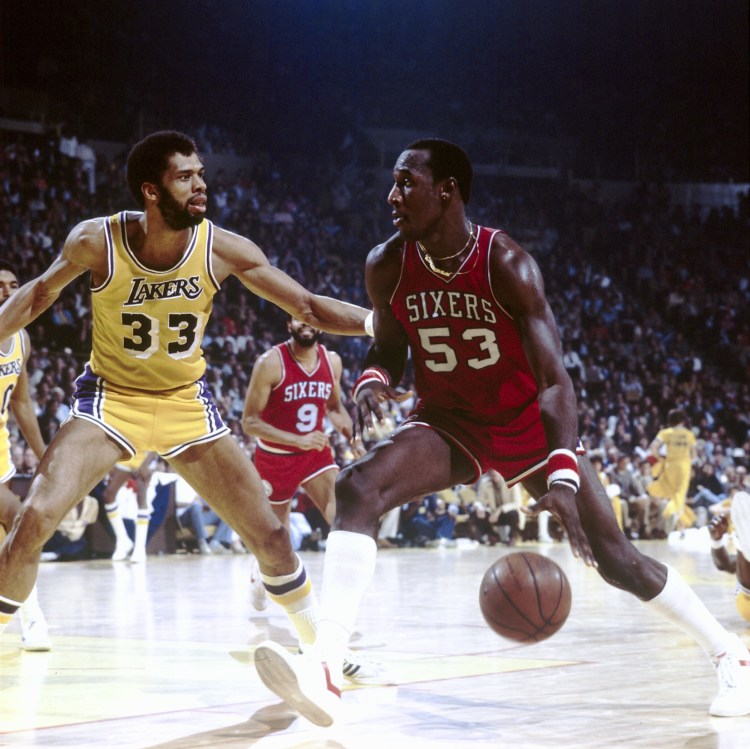 The 1982 finals saw a Lakers and 76ers rematch from the 1980 finals. Unfortunately for the 76ers, the same fate would be met. Kareem was his usual self, defending the interior and snatching boards throughout the six game series. Magic would steal the spotlight once again however, nearly averaging a triple double and securing his second Finals MVP. The Lakers were in full-stride as ‘Showtime’ at this point and had no plans of slowing down. The Lakers finished with 57 wins this season although neither Magic or Kareem finished top 5 in regular season MVP voting. 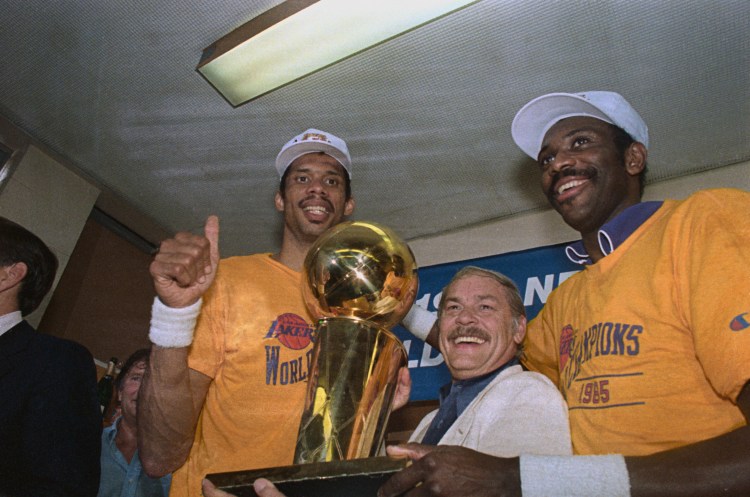 The 1985 NBA finals gave us an epic rematch of the previous years Lakers vs Celtics matchup that went seven games. The biggest storyline here was the growing rivalry between Laker Magic Johnson and Celtic Larry Bird. Magic had a dazzling series averaging 14 assists a game, but that wasn’t enough to win Finals MVP. Kareem would take home the award after a huge 29 point performance in game six. This was Abdul-Jabbar’s second and last Finals MVP. 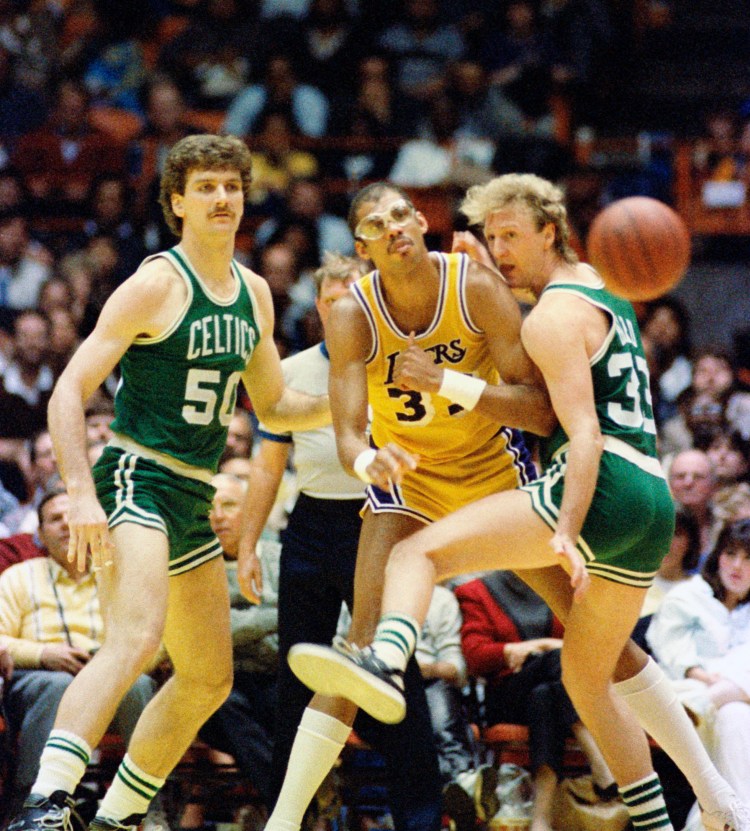 The last NBA Finals matchup that saw the ‘Showtime’ Lakers take on Larry Bird’s Celtic’s was during the 1987 NBA Finals. The Lakers were able to take care of business in 6 games and claim another NBA championship. The most memorable moment of this finals was Magic hitting the patented Kareem ‘Skyhook’ to take a one point lead in game four. Larry got a great look at a buzzer-beating game-winner but the shot rimmed out. This year the wear-and-tear of being an NBA vet was finally starting to rust on Kareem as his production slowed down. 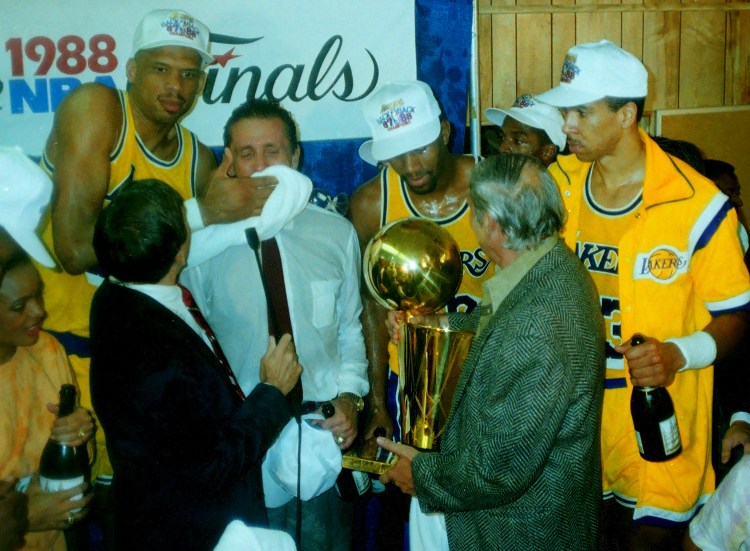 The last ring that Kareem and the ‘Showtime’ Lakers claimed would come at the end of the 1988 season. In a tight seven game series, the Lakers barely were able to edge out the physical Pistons. Isaiah Thomas stole the show with a legendary 43 point performance in game six on a broken bloody ankle, although the Piston’s couldn’t pull out the win. The Lakers pushed the series to seven games and the rest was history. Kareem was still able to make a real impact and help the Lakers win, but clearly age had gotten the better of Abdul-Jabbar at this point.