How Realistic Were Episodes 1-2 of HBO’s “Winning Time”? Let’s Talk About It 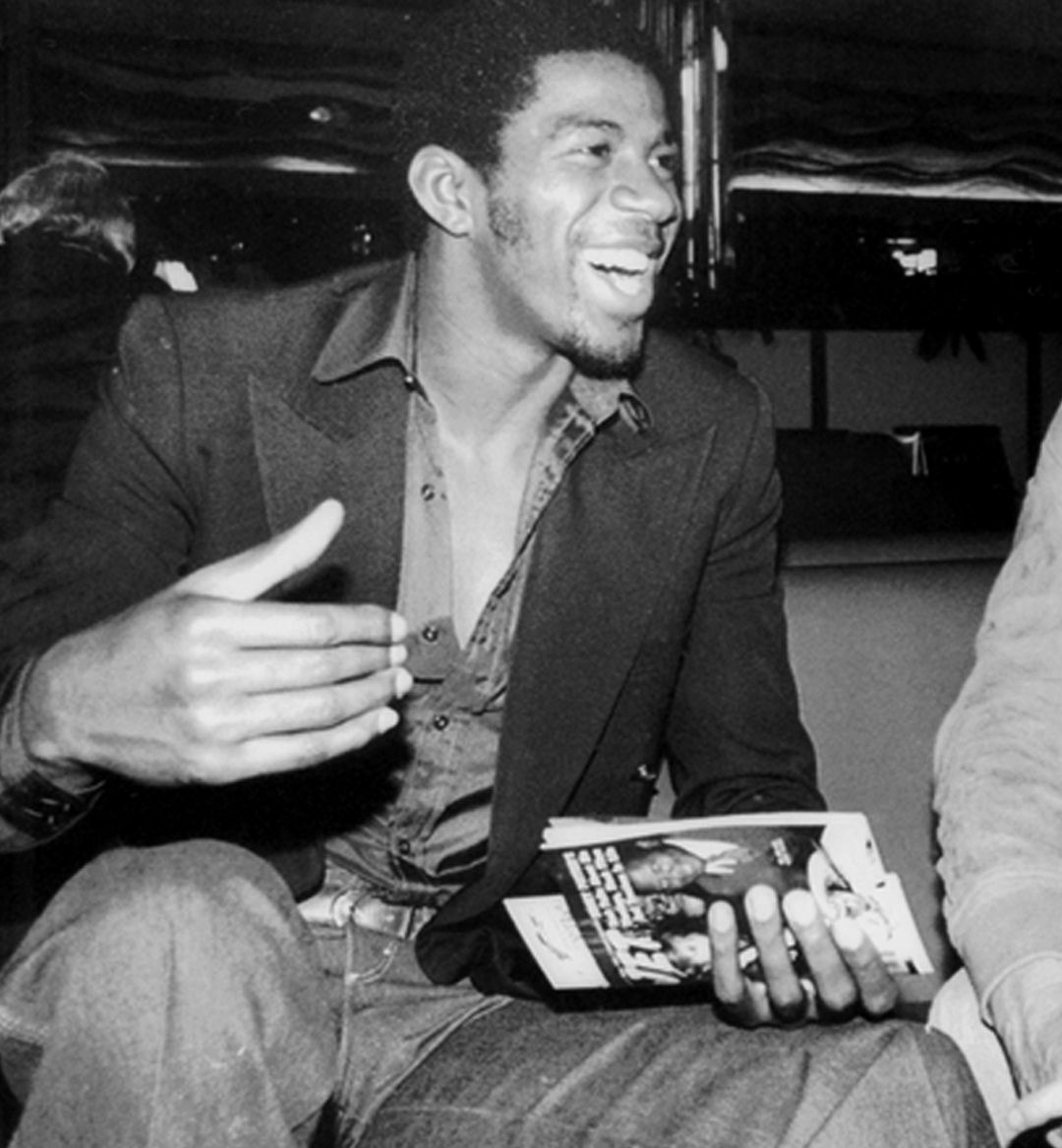 Certain facts will be changed to keep the story interesting from a narrative sense in any sort of production that deals with retelling real-world events. In order to keep the plot more engaging or give the viewer more insight into what is going on, it’s impossible to tell a true story without twisting some facts into fiction. The trick is finding a happy medium where the story is an accurate portrayal as well as being engaging and easy to follow.

HBO Max’s newest hit series Winning Time has been extremely successful in finding that happy middle. The show has been based on the best-selling book Showtime: Magic, Kareem, Riley, and the Los Angeles Lakers Dynasty Of The 1980s by Jeff Pearlman, which chronicles the rise of the Showtime Lakers through countless interviews and first-hand accounts. So, where has the show strayed from certain details in the book? Let’s talk about it. 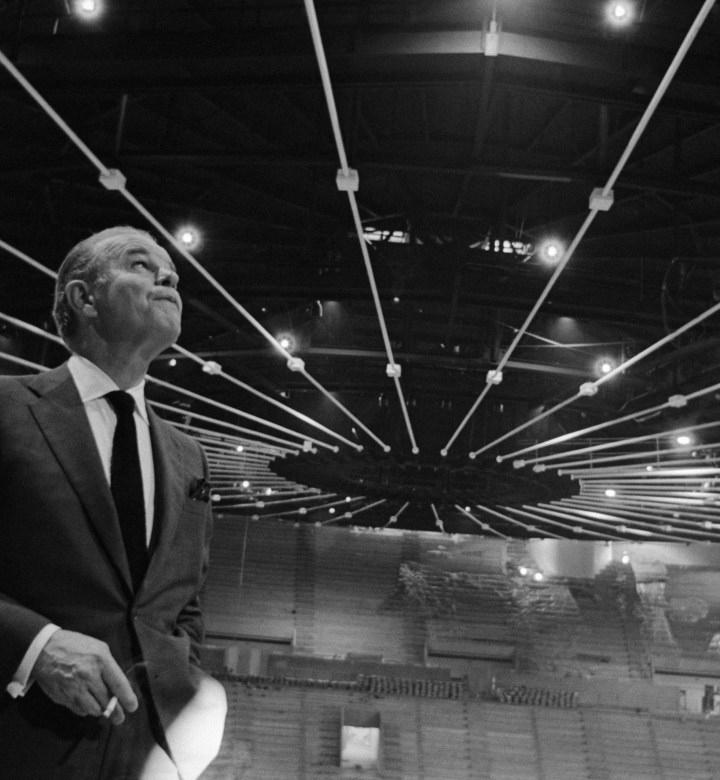 One of the key figures introduced in the first episode of Winning Time is former Lakers owner Jack Kent Cooke (Michael O’Keefe). Cooke is forced to sell the sports franchises he owns as he is going through one of the largest divorce settlements in history. His ex-wife Barbara Carnegie was entitled to $49 million, a then-record for the largest divorce settlement in United States history. The overall image that has been portrayed of Jack Cooke has been very accurate, as Cooke would regularly verbally abuse his employees and implement various drastic and harsh rules. Things such as his steak being undercooked would send him into a fiery rampage which would end with him forcing his employees to recite the phrase “I will not make this mistake again.” Something similar to this is the scene we see Cooke force Claire Rothman (Gaby Hoffmann) to repeat the phrase after yelling at her.

One scene we see that isn’t entirely accurate is Magic Johnson’s first trip to the Forum. During the show, we see Magic, Earvin Johnson Sr, Jack Cooke, and Jerry Buss all enjoying some gourmet sand dabs. This event did happen, but Jerry Buss was not present. Chick Hearn, the Lakers’ broadcast voice, was the actual last participant at the table. It is true that Magic demanded $600,000 for his rookie deal and threatened to go back to college if he didn’t get that money, but Cooke actually folded once Johnson made the bluff. Cooke invited Johnson back to the Forum trophy room the next day, where they negotiated the deal, and Magic even convinced Cooke to indulge in pepperoni pizza. This was one of the only positive stories I could find about Jack Cooke, as In the words of former Lakers player and broadcaster Rod Hundley, “He (Jack Cooke) was the number one asshole that ever lived.” 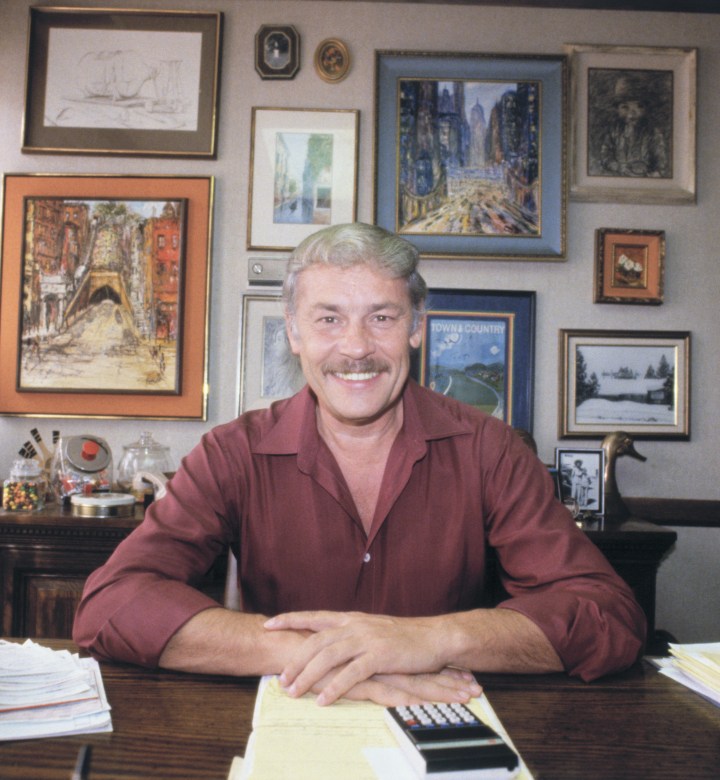 A key figure we’ve spent a significant amount of intimate time with through the first two episodes is the late-great Jerry Buss (John C. Reilly). Buss was well known for his extravagant lifestyle and affinity to the playboy mansion, and this larger-than-life portrayal of him in the show is more than in-tune with reality.

However, the relationship portrayed between Cooke and Buss throughout the first episode may not be entirely accurate. Buss, who at the time owned a professional tennis team, was called by Claire Rothman with an offer to have his team play in the Forum. Buss rejected the offer as the team couldn’t afford it, but he met with Rothman at the Forum later and was convinced to buy a skybox. After the purchase, Rothman suggested that Buss and Cooke meet, and lunch in the Forum’s trophy room ensued.

The two began a modest friendship and would talk semi-frequently, with this friendship putting Buss at the top of the list of buyers when Cooke decided to sell the team.

In episode two, we later find out that the other owners almost voted against Buss buying the team because they didn’t want someone buying and flipping the team immediately. What wasn’t noted during the scene is that Jack Cooke went to bat for him and convinced the other owners that Buss could do wonders for their league. Overall the portrayal of Jerry Buss has been pretty spot-on, and I can’t wait to see how his character develops throughout the series. 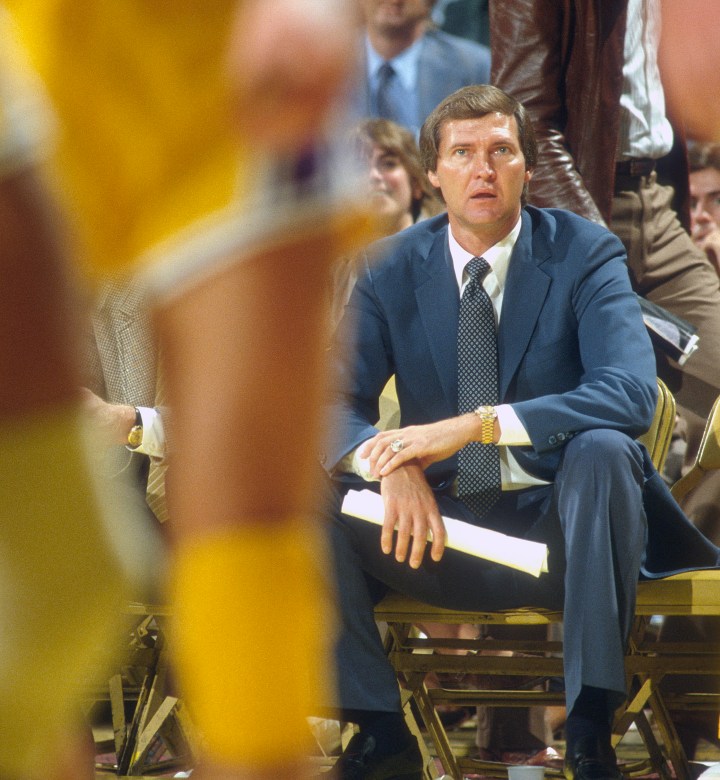 Another central figure who gets the main share of episode two’s screen time is the ‘Logo’, Jerry West. West is one of the most important figures in the history of basketball and is a fundamental reason the league has grown to the heights it has. Off the court, however, West has been plagued with hardships throughout his life.

Growing up, West endured regular abuse from his father, a reason he notes for his self-doubt. A scene from episode two that is strikingly realistic is West’s reaction to winning the NBA championship. After we are told the Lakers won the NBA championship in 1972, the screen cuts to an indifferent Jerry West as teammates jump around him in euphoric fashion.

In his biography of Jerry West, Roland Lazenby writes, “he admitted after so many years of inhabiting the deathly quiet locker room of the losers, he wasn’t quite sure how to feel about this new experience. “I don’t know where I’m going to celebrate,” he said. “The feelings I have now are private ones. I’m going to go home and lock the door.” The sentiment we see West carry about his inability to coach rings true as well. West was a fiery competitor and a master of the game, but being able to reciprocate that to his players was a roadblock for West.

In his own words, “Coaching wasn’t something I was really capable of doing. As a coach, I was a screamer and a yeller, which I hated. When Jerry Buss came in, I knew it was my time to stop coaching once and for all.” Overall the portrayal of Jerry West seems accurate apart from occasionally overexaggerating his outbursts.