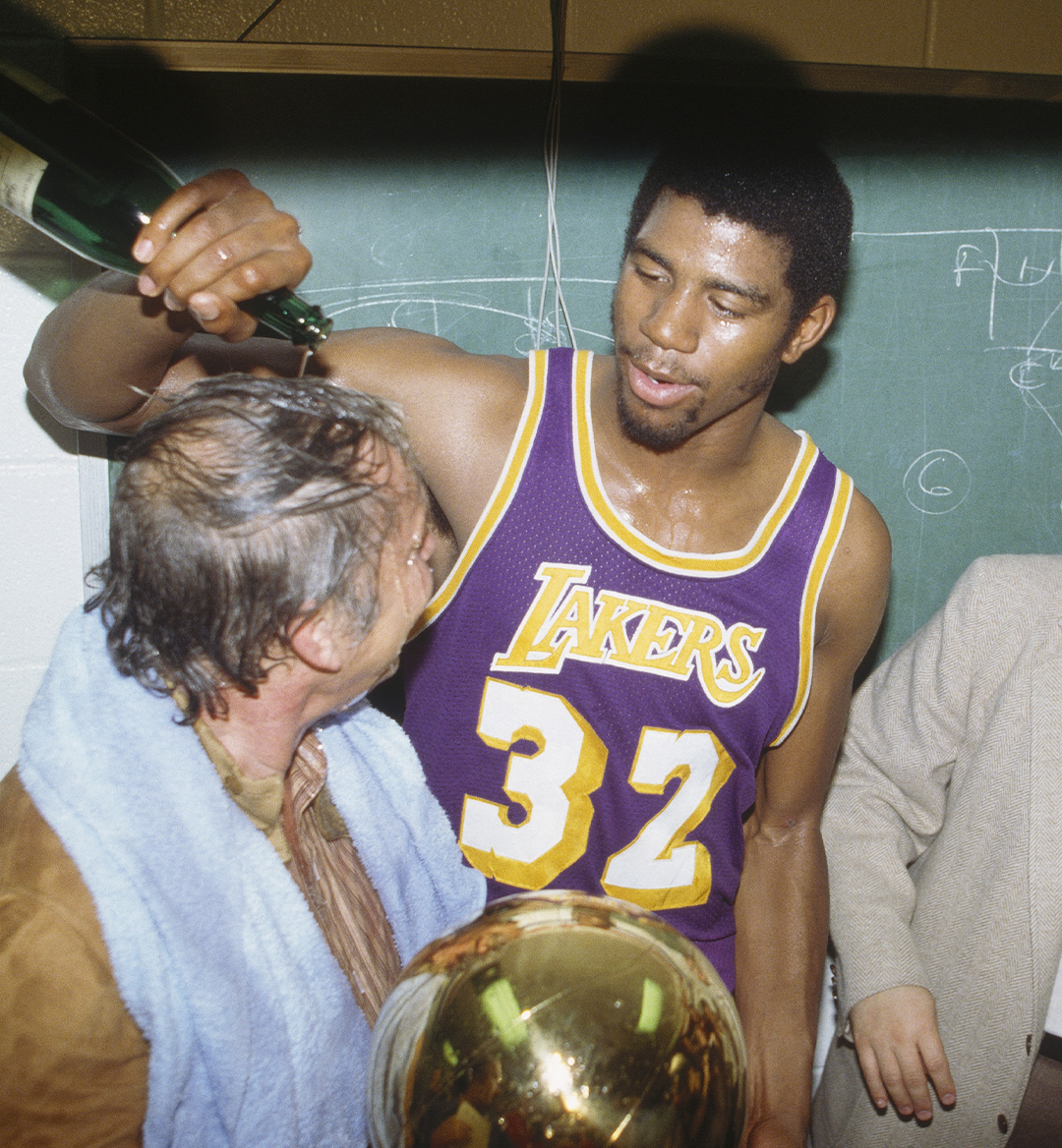 (Photo by Focus on Sport via Getty Images)

When trying to rank the best NBA players of all time, there is and will never be a definitive answer. With over 75 years of history there is simply too much top tier talent to rank one player above the rest. A more constructive exercise would be to rank the best players at every position, and for the point guard position, that spot is locked in. Steph Curry is in the rearview mirror, but Magic Johnson sits alone as the greatest point guard in NBA history. A five time champion, three time finals MVP, three time league MVP, and ten time All-NBA selections, few can hold a light to Magic. Here are the five championships that Magic won. 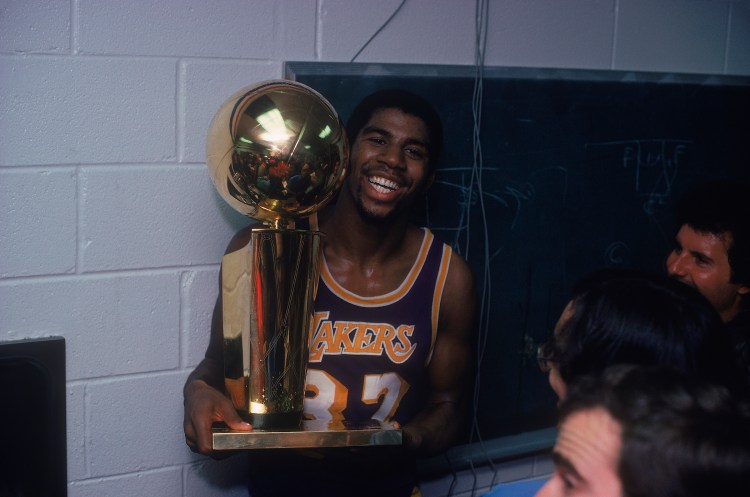 (Photo by Focus on Sport via Getty Images)

The 1979 NCAA championship gave us a preview of the greatest rivalry in basketball history. Magic Johnson of Michigan State would square off against Indiana State's Larry Bird. Michigan State won the game handedly and it is still to this day the most watched basketball game ever. The Lakers won the first overall pick in a coin-toss with Chicago, and the landscape of the NBA would be changed forever. The Lakers would take the fresh-faced smiling star from Lansing, Michigan, Magic Johnson. The Lakers new run-and-gun offense propelled them to 60 wins and the best record in the West. After bulldozing through the Western conference, the Lakers squared off against Julius Erving and the Philadelphia 76ers. With the series tied in a pivotal game 5, Kareem Abdul-Jabbar would jump up for a rebound and land on his ankle, spraining it completely. He remained in the game and dropped 40 points but would sit out game 6. Even though leading, it seemed the Lakers had no shot of bringing home the championship. That’s when Magic Johnson stepped in and started at center. He was spectacular in game 6 dropping 42 points, 15 rebounds, and 7 assists. He took home the finals MVP and remains the only rookie in NBA history to receive that honor. 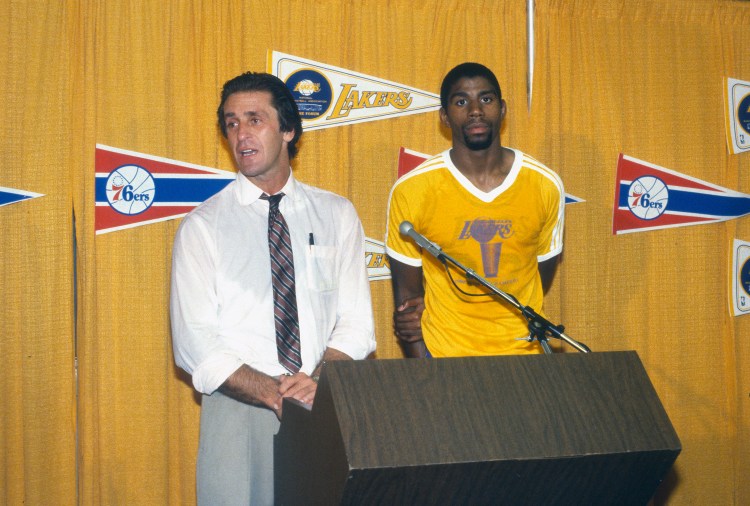 The Lakers were looking to become back-to-back champions in 1981, but were cut short in the first round. They lost to the eventual Western conference champion Houston Rockets in three games. The Boston Celtics would go on to win the 1981 NBA finals, giving Magic's biggest rival Larry Bird the same amount of rings as him. With a new motivation to relinquish the title back from the Celtics the Lakers won 65 games and took back the best regular season record in the West. The Lakers plowed their way through the West again and found themselves in a rematch against the Philadelphia 76ers. Phill would meet its fate in six games again as the Lakers would go on to win the championship. Magic would nearly average a triple-double putting up 16.2 points, 10.8 rebounds, and 8 assists per game. He also put together 2.5 steals per game through the six finals games. Magic would receive his second finals MVP award, giving him another edge against Larry Bird. 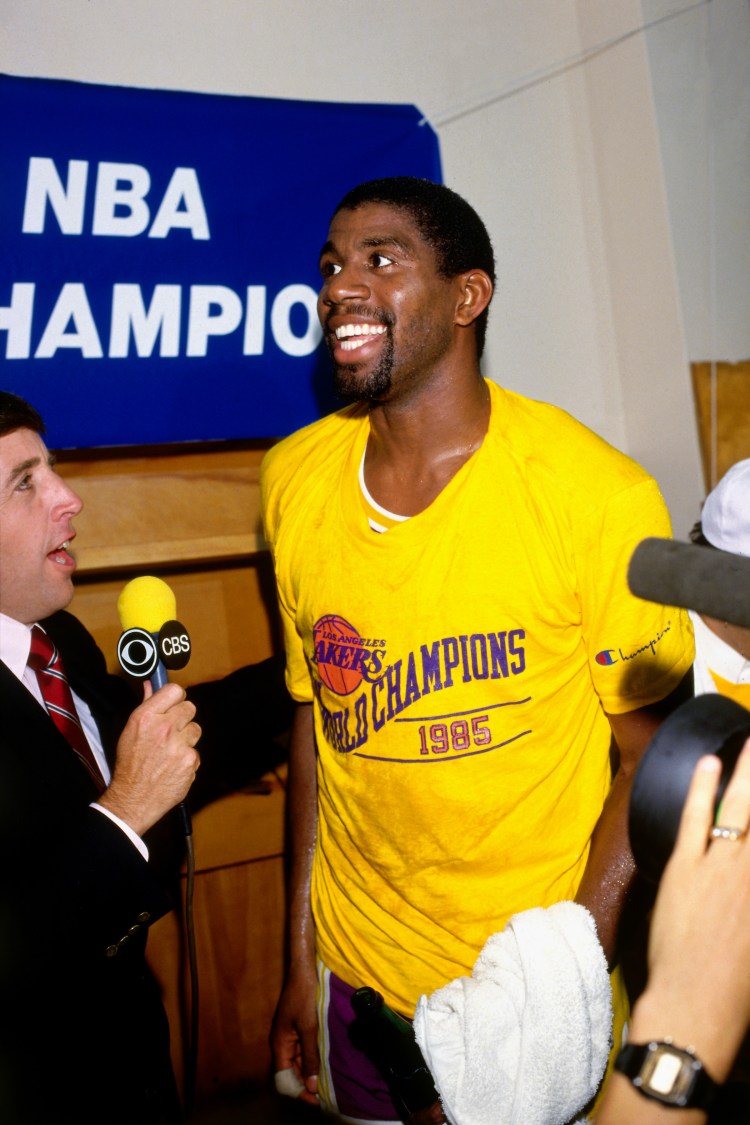 The Lakers wouldn’t win another championship until 1985, despite appearing in the previous two NBA finals. The 1984 finals is what would stay fresh in the back of all the Lakers minds. The Lakers and Celtics met in 1984 in what is widely regarded as one of the greatest NBA finals ever. The Lakers had a 2-1 lead in the series heading into game 4. With 14 seconds left the Lakers held a two point lead and looked to be victorious. That was until Dennis Johnson stole the inbound pass to force overtime. The Celtics would win that game and eventually win the series in seven, giving Larry Bird his first finals MVP. 1985 would be a whole different story. The Lakers would lose game one by 40 points after an all-time bad game from Kareem. Pat Riley forced the team to watch the footage of this beatdown and repeatedly went in on Kareem. The Lakers would dominate the series from then on out and win it all in 6 games. Despite breaking the NBA record for most assists averaged throughout a series, Magic lost the finals MVP to Kareem after he averaged 25 points, 9 rebounds, and 5 assists. 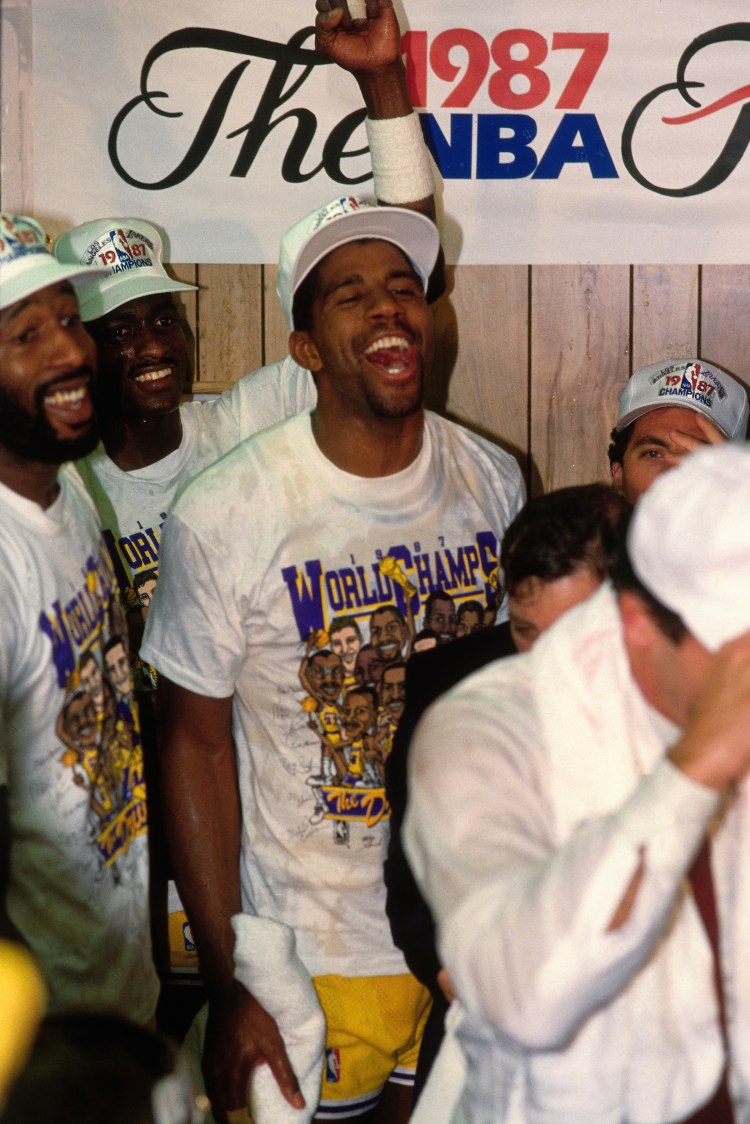 The Lakers found themselves bounced from the 1986 playoffs by the Houston Rockets in five games during the Western Conference Finals, and the Celtics would reclaim the NBA title. Going into 1987 the Lakers had a newfound motivation to take what’s rightfully theirs back from the Celtics. The Lakers would win 65 regular season games and separate themselves as clear favorites to win another title. After working their way through the West, they met a familiar foe in the Boston Celtics during the 1987 Finals. At this point the Celtics and Lakers rivalry was pure mayhem. After facing off so many times this series was about way more than just basketball. The Lakers took direct control of the series after going up 3-1, and the rest was history. Magic would get his third and last finals MVP after a dazzling 16 points and 19 assists in game six. This fourth championship broke his tie breaker with Larry, giving him another edge in the rivalry. 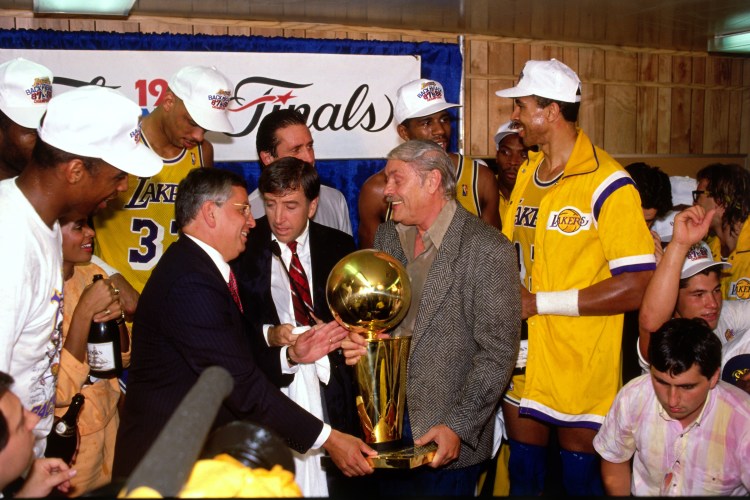 The Lakers had clearly found their stride as a team as they coasted the 1988 regular season winning 62 games and finishing 1st in the West. They once again plowed through the conference and Magic Johnson found himself in his ninth NBA finals. Instead of the familiar 76ers or Celtics, the Lakers matched up against the scrappy Detroit Pistons, known for their manic defense and physical play. The Pistons would steal game five, taking a 3-2 series lead and just a single game from winning it all. In game six, Pistons star guard Isaiah Thomas would sprain his ankle but continue playing. Giving an all-time NBA finals performance he dropped 43 points and a record 25 points in the third quarter alone. It wasn’t enough however as the Lakers pushed the series to seven games. Back in Los Angeles the Lakers won a tight game seven by a score of 108-105 backed by a legendary performance from James Worthy. Worthy put up 36 points, 16 rebounds, and 10 assists in game seven and locked himself the finals MVP. This was Magic Johnson’s last NBA championship as he would soon retire in 1991.