Nikola Jokic is the NBA's Most Valuable Player 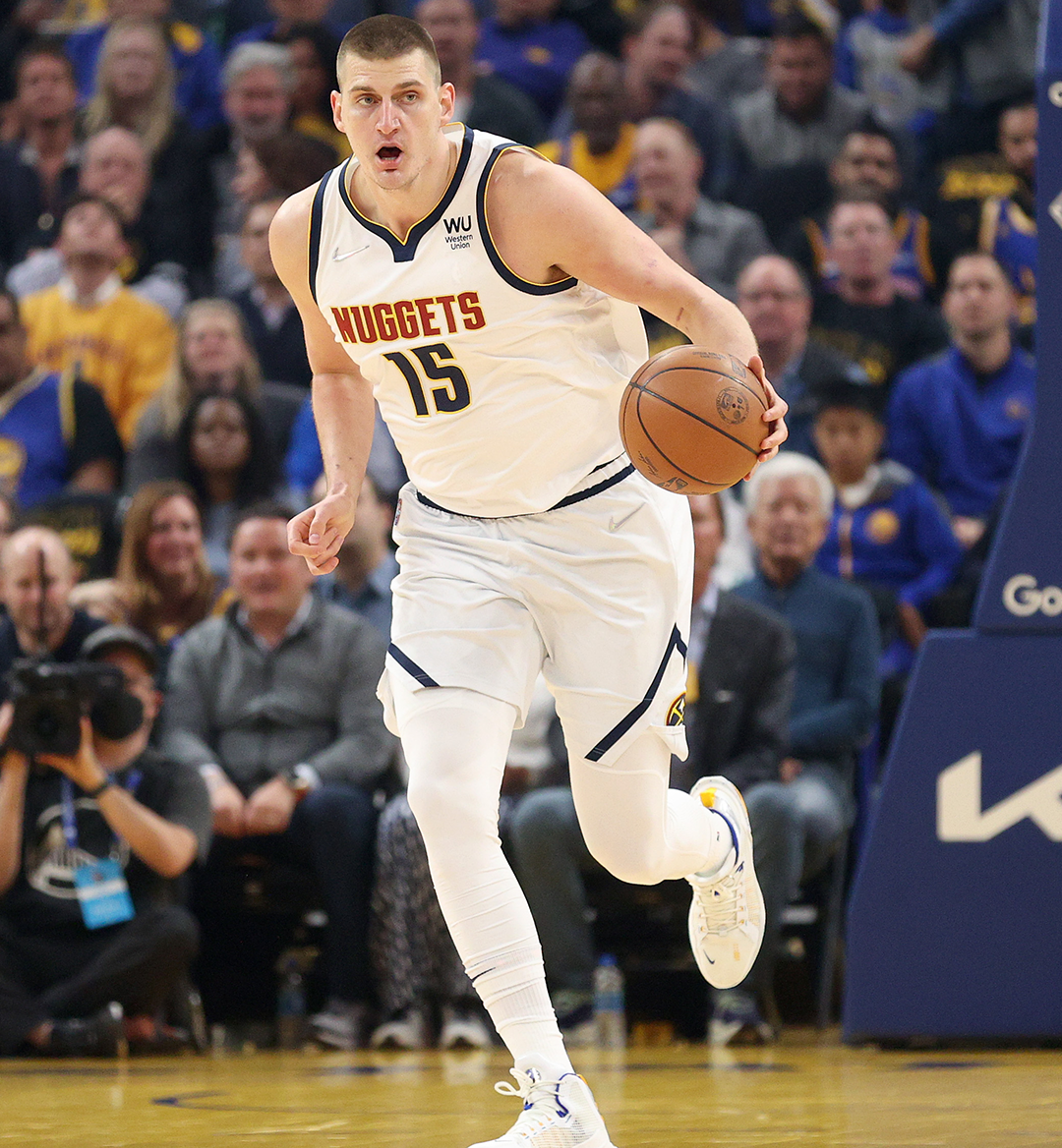 Nikola Jokic won MVP last season because somebody had to win it. Joel Embiid and Lebron James missed too many games to realistically claim the trophy; Stephen Curry won the scoring title, but his team crapped out in the play-in tournament and no MVP has ever missed the playoffs; everybody was sick of Giannis Antetokounmpo winning. Jokic was outstanding, but he won MVP as much through the atrophy of the other candidates as he did because of his own brilliance.

This year, though, Nikola Jokic repeated as the NBA’s Most Valuable Player, beating out Embiid and Antetokounmpo simply because he was the best player in the world.

No matter how you slice it, Jokic is a singularly great player. Watch him sling no-look passes that seem to suddenly apparate into the hands of streaking teammates or slouch backwards into another goofily devastating post-up and he looks like an engorged Larry Bird. His profile of advanced metrics paint a picture of a player who's in the midst of a historic run. His basic on-off numbers show that no player was as integral or responsible to their team’s success as his was to the Nuggets.

Granted, most MVPs hail from title contenders while the Nuggets were the sixth-seed in the Western Conference. In the playoffs, the Warriors decisively bounced the Nuggets in five, untroubled games. Still, the very fact that the Nuggets made the playoffs is proof positive of Jokic’s impact. Without Jamal Murray (torn ACL) and Michael Porter Jr. (severely janky spine and like three cases of COVID), the Nuggets were not an especially good roster. In fact, it was an almost-bad roster—outside of Jokic, no other Nugget averaged more than 15.1 points per game, 6 rebounds or 4.4 assists per game.

And yet, Jokic had the capacity to transform this kludge of blah role players into an occasional powerhouse—when Jokic was on the floor, the Nuggets had a +9 net rating per 100 possessions, compared to a -10.5 net rating without him. In the most elementary terms, the Nuggets were the equivalent of the best team in the NBA when he played and the worst team in the league when he sat.

While this season’s MVP race was outwardly the most closely contested since at least 2017, Jokic ultimately distanced himself as the clear winner; he received 62 first-place votes in an ESPN strawpoll of 100 media members and he topped 37 of the 56 ballots that have been publicly revealed so far.

All year long, people have been resistant to recognize Jokic as the MVP because of his general weirdness. There’s never been a player with his lumpen, odd-ball cocktail of inventive playmaking, labored breathing and efficient scoring. He has no antecedent—even many years into the Reign of Jokic, giant Serb who passes like he can see the future is a hard archetype to wrap your head around. By winning MVP, Jokic represents a triumph of a more evolved way of thinking about basketball, one in which a player’s holistic impact takes precedence over any superficial aesthetic qualities. Jokic doesn’t look the part of an NBA superstar, but the beauty is that he doesn’t have to.